Need to Know: It looks a lot like 2004 in the markets, Morgan Stanley says. What happens next.

Need to Know: It looks a lot like 2004 in the markets, Morgan Stanley says. What happens next.

It looks a lot like 2004 in the markets, Morgan Stanley says. What happens next. 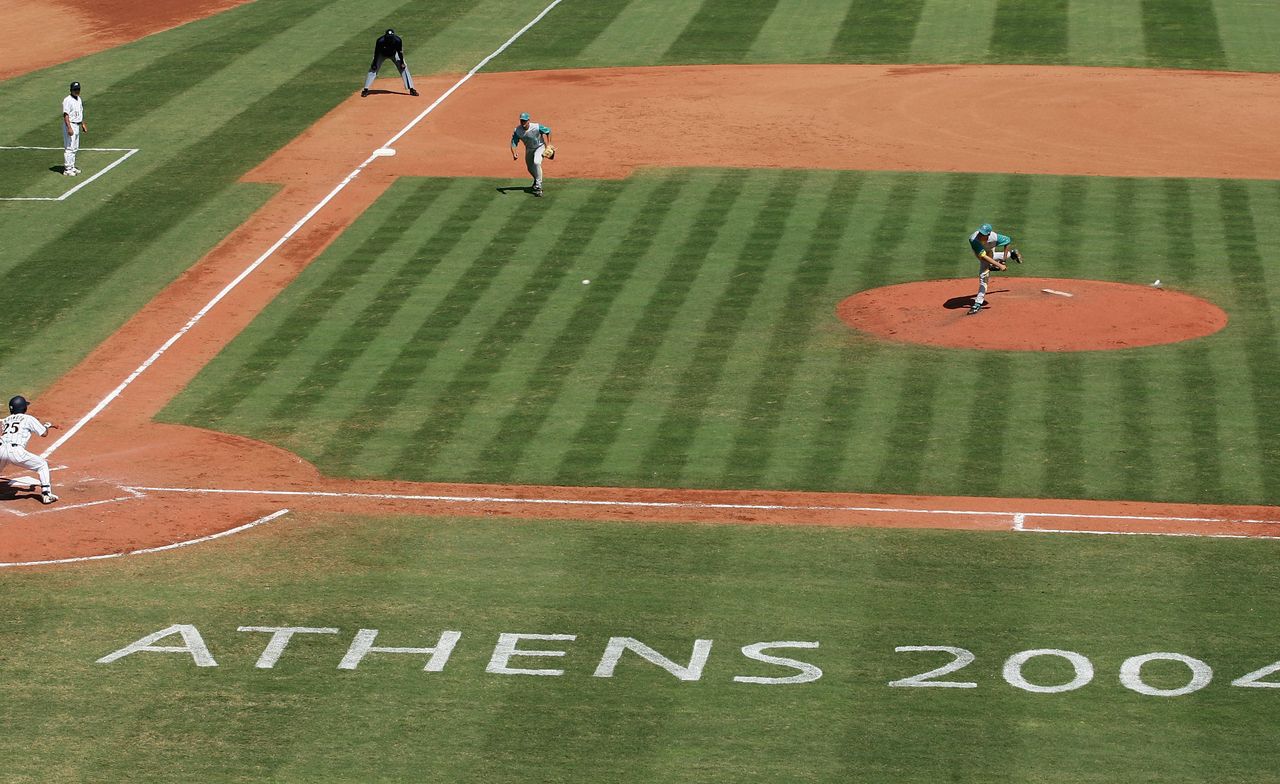 In our call of the day, Morgan Stanley (MS) said 2021 was beginning to resemble 2004, a year that may offer clues for investors as to what will happen in the months ahead.

After the U.S. recession ended in 2001, a “deep malaise” set in until 2003, when unemployment peaked and markets finally troughed, the bank’s chief cross-asset  strategist Andrew Sheets said in a note on Sunday.

He noted that the rally of 2003 was “classic early-cycle stuff,” with strong performance in small-caps, cyclicals, commodities, inflation breakevens and low-rated credit. “That rally meant that markets entered 2004 with a lot more in the price,” he said.

There are similarities between valuations back then and those today, he said, also acknowledging how abnormal the current times are. The forward price-to-earnings (P/E) ratio of global equities was 17x compared to 20x today, the U.S. 10-year break-even rate was 2.30%, against 2.26% today, while the VIX (VIX) volatility index was at 15 at the start of 2004, compared with 18 at the time of writing on Sunday. The DXY (DXY)
dollar index was at 87 on Jan. 1, 2004 and currently sits at 92.

Growth and inflation both moved higher in 2004 and the “market tone changed” as the economy recovered, Sheets said. Energy, utilities, industrials and staples were the best performing sectors globally, while communication services, healthcare, materials and technology were the worst.

“In short, 2004 represents a more mid-cycle market after a strong, early-cycle rally. It saw similar valuations.” Sheets said. “And what happened next is similar to some key Morgan Stanley forecasts — a pause in equities within an ongoing bull market, lower default rates but slightly wider spreads, modest USD strength and more mixed equity leadership.”

While historical comparisons are never perfect, investors can look to 2004 for clues on how to outperform today’s market, he said. Non U.S. stocks outperformed 17 years ago and rewarded those with a more balanced cyclical/defensive exposure, loan outperformed bonds, and selling equity volatility was preferable to taking other risk premium, he said, noting that those were strategies Morgan Stanley currently likes.

There are differences, though, for example the Federal Reserve was hiking interest rates in 2004, while the central bank has only just signaled that rate increases will come in 2023. 2004 was also an election year and central bank policy and liquidity was different, so it is a less useful comparison for global rates. However, Sheets said early 2004 marked a midway point between the end of easing — a 25 basis point cut in June 2003 — and the start of tightening, a 25bp hike in June 2004, offering more in common with today.

Finally, Sheets highlighted just how quickly things can change, noting that on Jan. 1, 2004 the Fed was emphasizing patience, but by June it was “embarking on hikes that would raise the target by 425bp over the next two years.”

Copper futures (HG00) moved lower again on Monday. This chart from BDSwiss shows the pressure the commodity has been under in recent weeks. “Expectations of higher interest rates and lower inflation — plus China’s moves to rein in speculation — have sent commodity prices sharply lower,” said BDSwiss analyst Marshall Gittler. 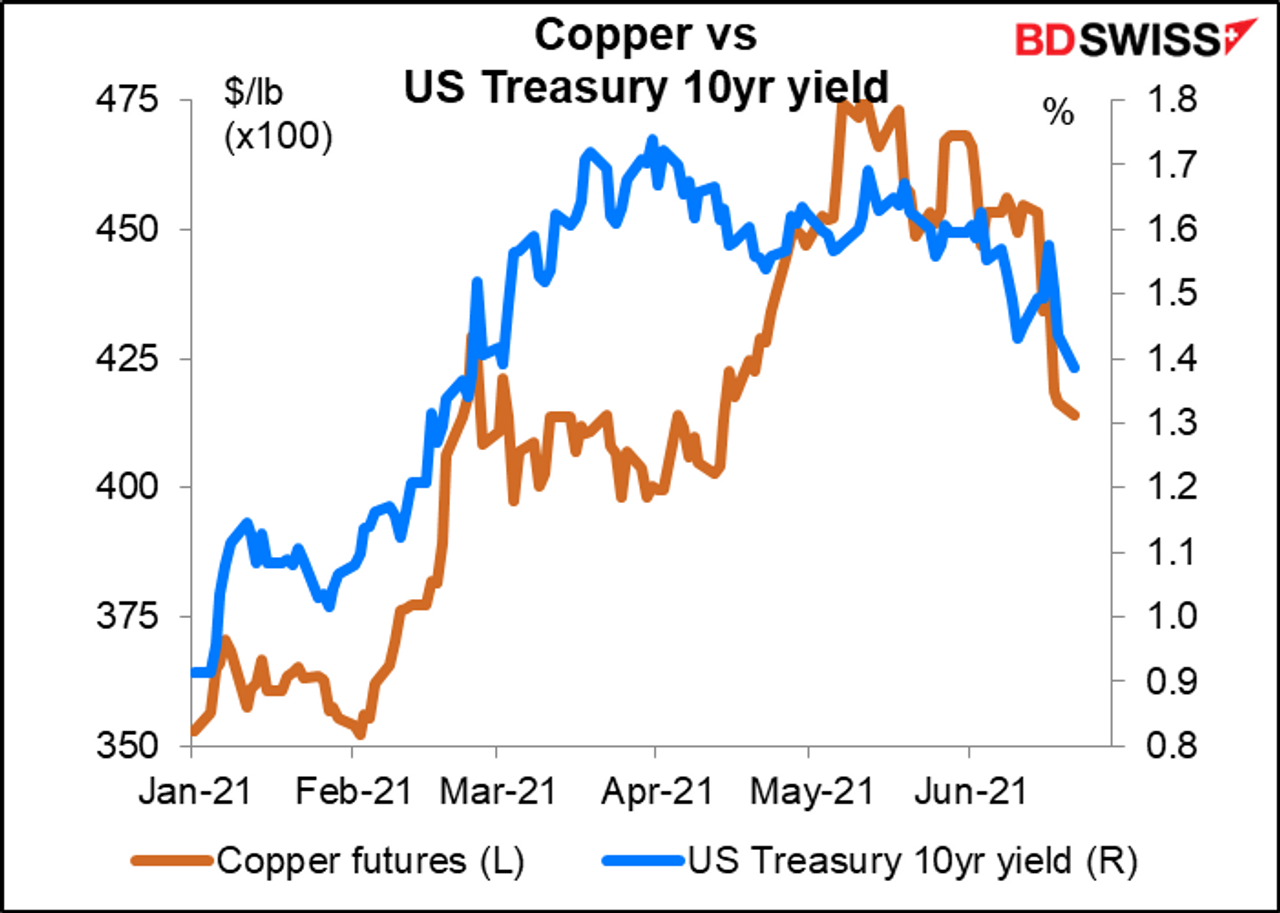 In Japan, the Nikkei 225 index (JP:NIK) tumbled 3.3% in the aftermath of Friday’s U.S. selloff. European stocks edged higher in early trading. Cryptocurrencies fell over the weekend, and after a brief recovery continued to slump on Monday, with
bitcoin (BTCUSD) trading at $33,181 and ethereum (ETHUSD) down 11.6% at $1,993.89.

Mother gives birth at home during blackout with only a phone torch for light.