Need to Know: It’s Jerome Powell time — and one Wall Street bank warns the S&P 500 could fall another 20%. Goldman Sachs says the bull market will continue.

17
SHARES
118
VIEWS
Share on FacebookShare on Twitter
Need to Know: It’s Jerome Powell time — and one Wall Street bank warns the S&P 500 could fall another 20%. Goldman Sachs says the bull market will continue.

It’s Jerome Powell time — and one Wall Street bank warns the S&P 500 could fall another 20%. Goldman Sachs says the bull market will continue. 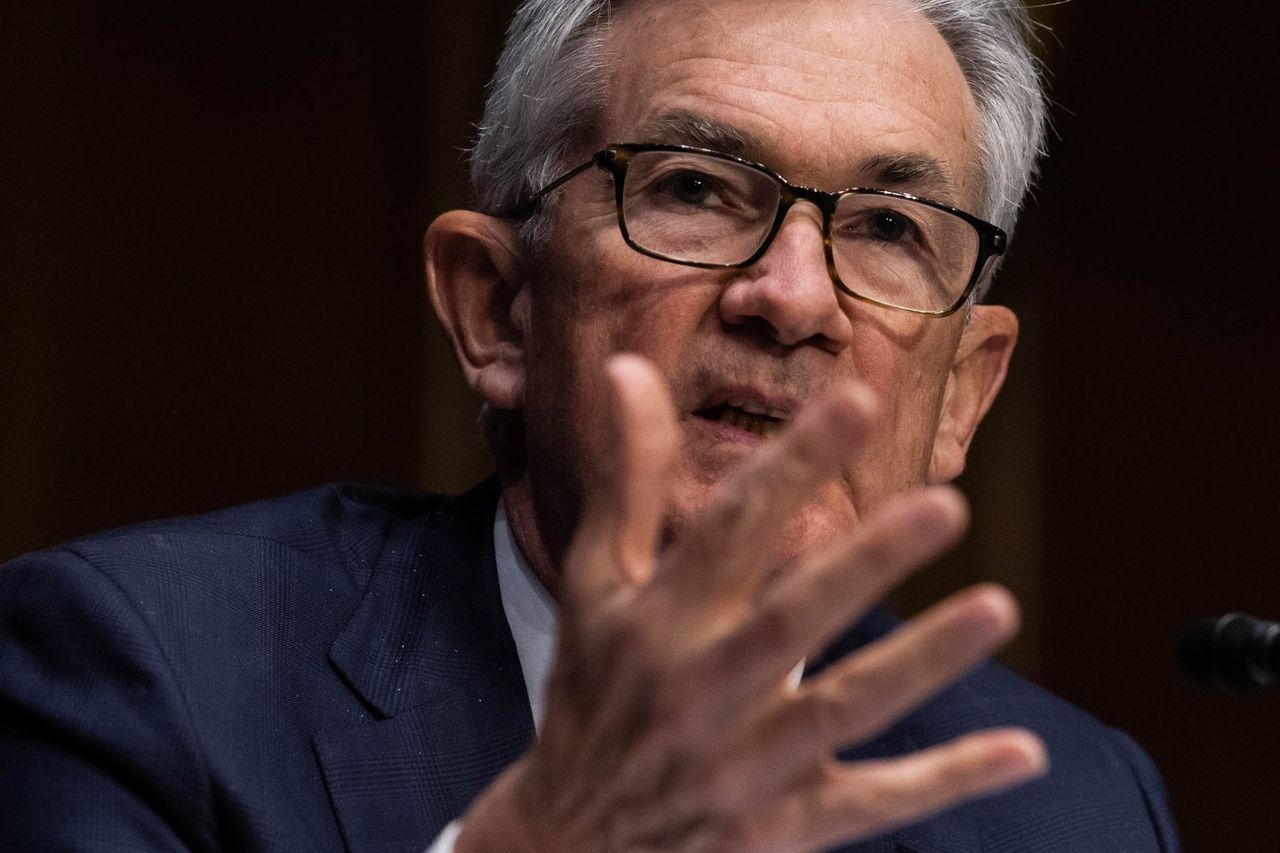 Markets have reeled since the Federal Reserve announced, through the release of the December minutes, that the central bank would like to take a big whack at its $9 trillion balance sheet rather than keep it at that lofty level. In just the last month, the S&P 500 (SPX) has dropped 9%, while the ARK Innovation ETF (ARKK), a proxy for futuristic and largely unprofitable companies, has slumped 26%.

So the big question as Fed Chair Jerome Powell prepares to step in front of the microphone, is whether it’s time to buy the dip or not. 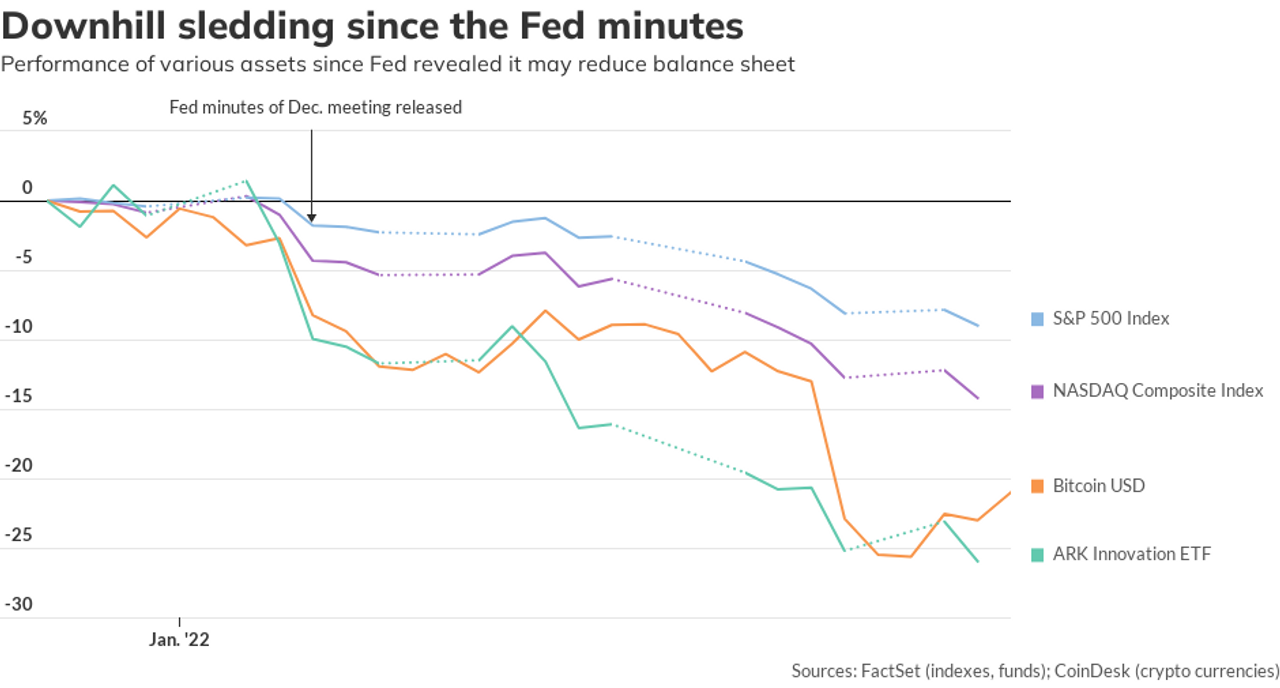 Arguing yes: London-based strategists at Goldman Sachs, led by Peter Oppenheimer. They concede returns will likely be low from here, but the bull market should continue so long as economies grow. Value stocks, they argue, will continue to be boosted by the transition from quantitative easing to quantitative tightening, as the Fed pivots from fighting deflation to fighting inflation.

By and large, the Goldman team says most of the moves in the market have been explained by fundamentals, but it says some defensive sectors, including food and beverages, household goods and personal products, may have rerated too much, while semiconductors may have sold off by too much. The strategists put together companies in their “alpha” framework — think ARK-y type companies — that are buy rated and sold off. The list of those that have dropped 70% or more from their peak includes Pinduoduo (PDD), DraftKings (DKNG) and Sunrun (RUN).

The Barclays strategists led by Maneesh Deshpande are more pessimistic, saying it’s too early to buy the dip. Granted, the start of a Fed hike cycle historically hasn’t led to a major selloff, but this time, valuations are already too high and there is downside risk to earnings after the binge in consumption goods. Last week, they noted, there was a change in the selloff, which moved from high-valuation stocks and other speculative assets to a broader contagion.

The Barclays team says there could be another 8% downside potential to the S&P 500 using pre-pandemic valuations — or as much 20%, based on how the Fed responded in 2001 and 2018 to selloffs. (Less likely, the team says, is a bounce, from better earnings than expected, a stronger policy response from China, or just abating in pessimism.)

The Barclays team is recommending companies with overweight ratings by its analysts but also screen for low valuation and low volatility, a list that includes General Dynamics (GD), Exxon Mobil (XOM) and AT&T (T).­

The Fed decision will be the focus on the market, with the Federal Open Market Committee statement due at 2 p.m., and the Powell press conference at 2:30 p.m. The most extreme option, a ‘shock and awe’ move, would be a half-point rate increase, while a less jarring move would be to move up the end of the quantitative-easing program for the second time in three months.

“Our baseline is that the FOMC will finish QE in March and start QT in May or June, but it is possible that they just call it quits on QE in Feb. This could seem hawkish on the announcement but if Powell says that they hope by going a bit faster on QE they can go a bit slower on fed funds, it would become market friendly,” said Steven Englander, head of North American macro strategy at Standard Chartered.

The Bank of Canada also has a rate decision to make, with the market tilted in favor of a quarter-point rise.

Microsoft (MSFT) rose 4% in premarket action after it posted stronger-than-forecast earnings and revenue for its fiscal second quarter and guided to better revenue than estimated in the current quarter.

DraftKings, one of the stocks the Goldman strategists highlighted, was upgraded by Morgan Stanley and jumped 7% in the premarket.

After the close, Tesla (TSLA) and Intel (INTC) report results. 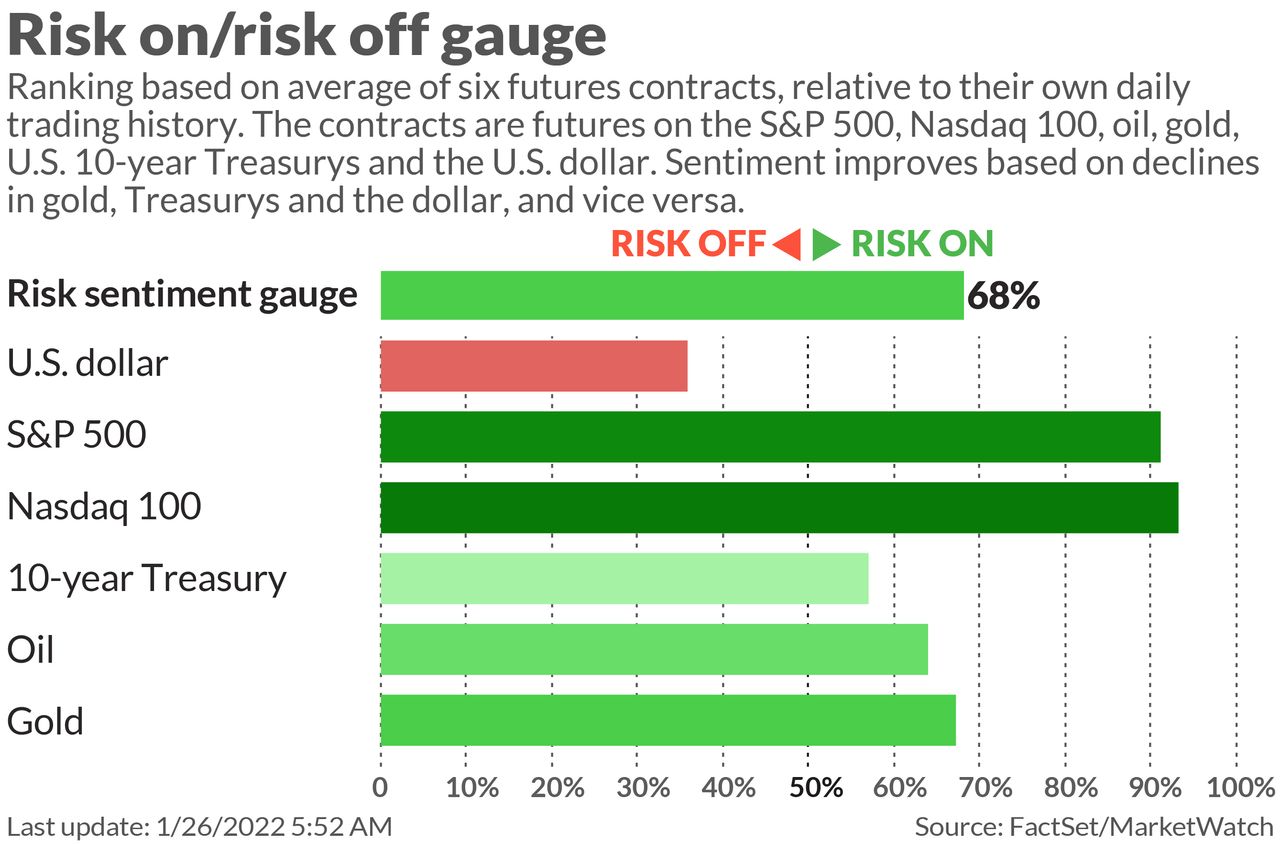 Here were the most active stock market tickers on MarketWatch as of 6 a.m. Eastern.

A man was turned down for a heart transplant in Boston after refusing to take a COVID-19 vaccine.

A joke by McDonald’s (MCD) after a tweet from Tesla CEO Elon Musk of course turned into big cryptobucks by people who rushed to create “Grimacecoins.”

Here’s the world’s oldest fish in an aquarium, named Methuselah.