Need to Know: January will be a huge month for these hard-hit stocks. Why now’s the time to load up on riskier names, says JPMorgan.

18
SHARES
132
VIEWS
Share on FacebookShare on Twitter
Need to Know: January will be a huge month for these hard-hit stocks. Why now’s the time to load up on riskier names, says JPMorgan.

January will be a huge month for these hard-hit stocks. Why now’s the time to load up on riskier names, says JPMorgan. 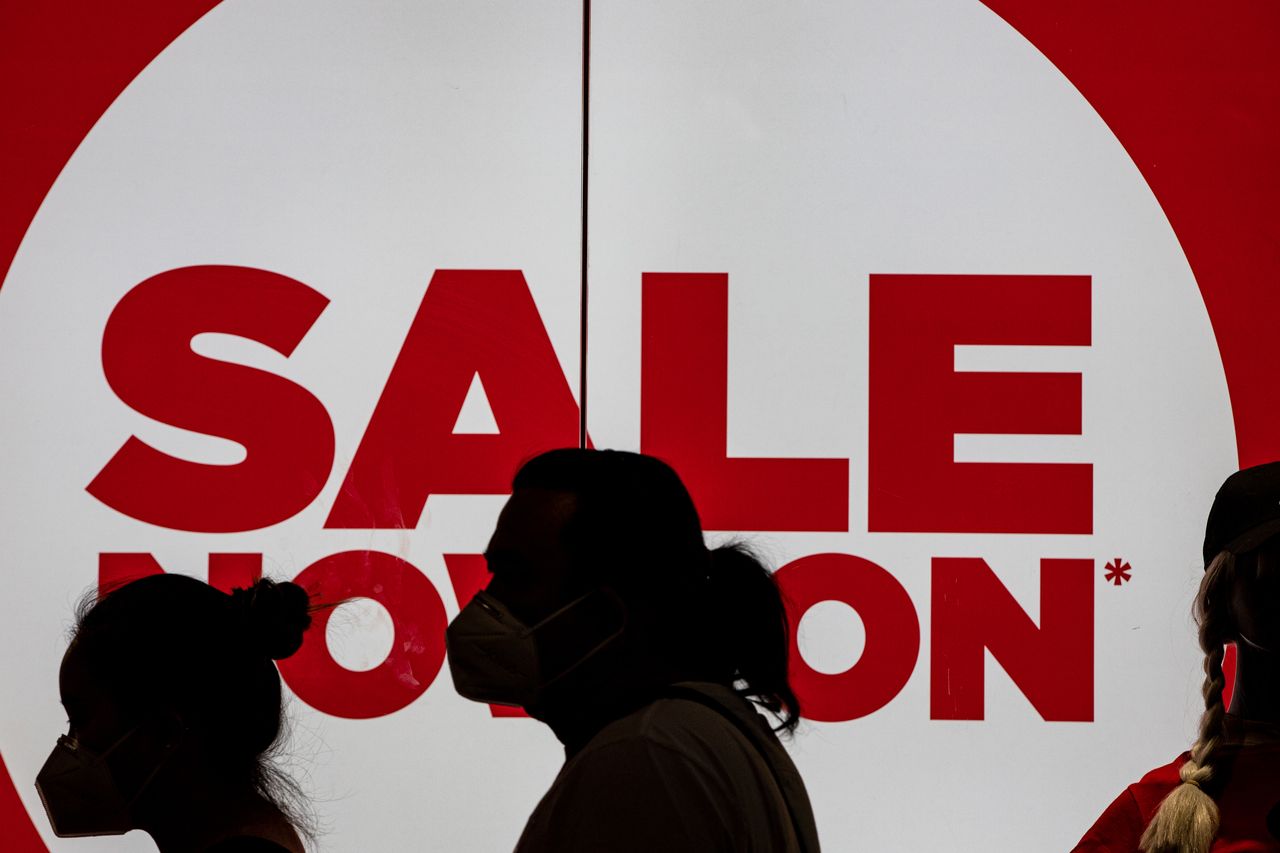 Where we left off before Christmas? A record session for the S&P 500 and so-so action from tech stocks.

The Nasdaq (COMP) is up a mere 0.7% this month, versus around a 3.5% rise for the S&P (SPX), though on a year-to-date basis those gains are 21% and 25%, respectively. And with many traders perhaps taking the rest of the year off, that’s likely what we’ll get for the year.

Our call of the day comes from JPMorgan — one of the more bullish houses on Wall Street for the year ahead — which is advising investors to start snapping up riskier, or high-beta, stocks.

“In particular, outside of the Big 10 stocks in the U.S., equity drawdowns and multiple derating have been severe,” he said, noting that the Russell 3000 (RUT) is down just 4% and the Nasdaq 7% from 12-month highs. But the average drawdown for constituents in those indexes are down 28% and 38%, respectively.

“Some argue this price action is a harbinger of late-cycle dynamics or at least an intra-cycle 10-20% market correction. In our view, conditions for a large selloff are not in place right now given already low investor positioning, record buybacks, limited systematic amplifiers, and positive January seasonals,” said Lakos-Bujas. 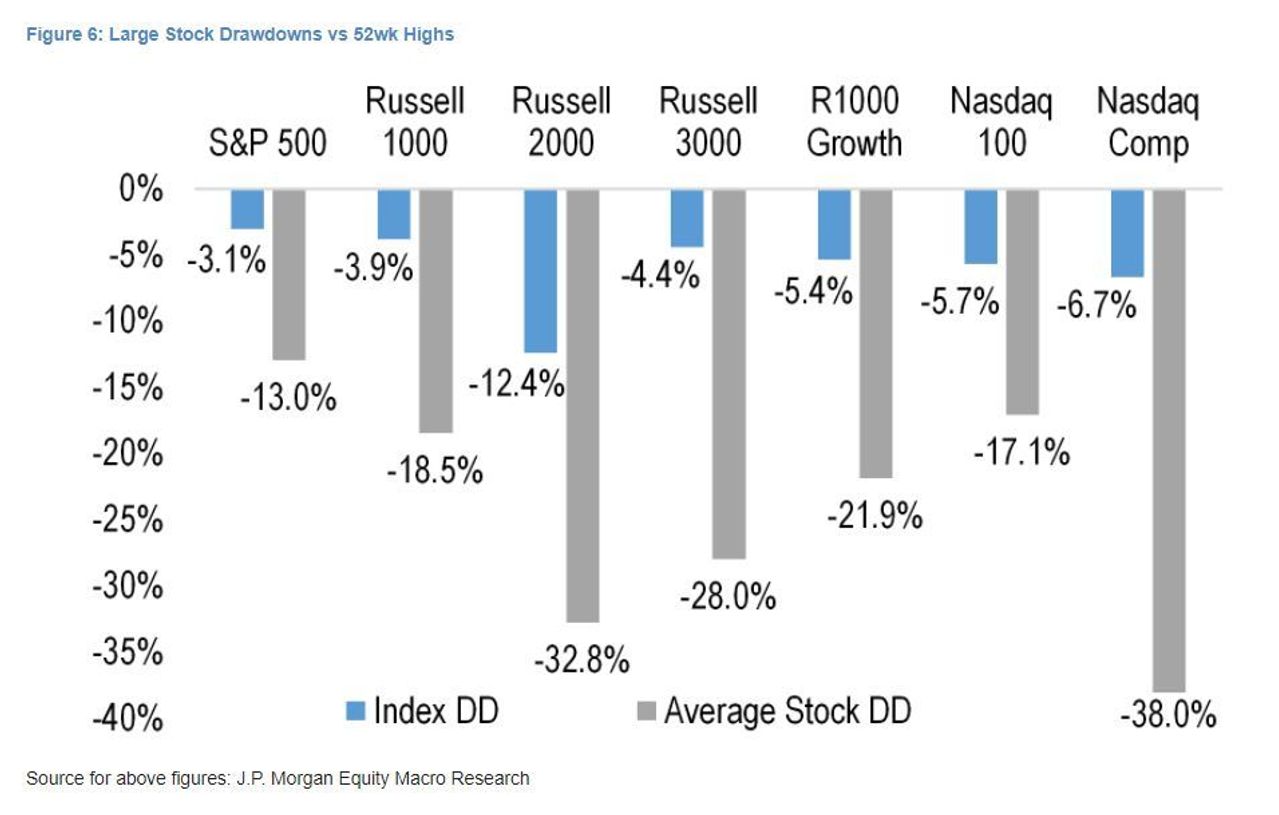 As for the current worries dragging the high-beta stocks south, JPMorgan strategists said the “market has taken the hawkish central bank and bearish omicron narratives too far.” They don’t see the Fed as behind the curve, and expect inflation pressures to normalize in coming months and quarters, and they don’t see a big growth hit from the omicron variant.

“More so, performance in the hedge fund space has been poor lately with many giving back multiple quarters of gains. This resulted in forced liquidations and deleveraging at a time of low liquidity, triggering extreme stock price action, especially across the High Beta stock complex,” said the JPMorgan strategists.

Stocks they like in particular are on the value and cyclical side, such as travel, leisure, hospitality, experiences (some of which aren’t doing so well for Monday). On the secular growth side, they like payments, e-commerce, gaming, cybersecurity and biotech. These stocks have already be derated 30% to 70%, noted the strategists, who add that historical analysis shows that high-beta stocks tend to see the biggest outperformance in January, via investor bottom fishing and tax-loss harvesting, etc.

“We expect the upcoming ‘January effect’ to be even more pronounced this time around given extreme positioning and sentiment, with a potential for a large High Beta squeeze. Funding could come from increasingly crowded low vol. stocks where investors are again paying record premium for that shelter,” said Lakos-Bujas.

White House medical adviser Dr. Anthony Fauci warned Sunday that Americans shouldn’t get complacent over the omicron variant, which could swamp hospitals with COVID-19 patients even if many infections appear mild.

That’s as thousands of flights were canceled across the globe over the weekend — shares of American (AAL), Delta (DAL) and United Airlines (UAL) are falling in premarket — while holiday cruises are also getting complicated. Shares of Carnival (CCL) are off nearly 4%.

Roche’s (CH:ROG) at-home COVID-19 tests, which can produce results in as little as 20 minutes, have been approved for U.S. emergency-use.

Travel may have taken an omicron hit, but steely shoppers drove the fastest pace of holiday sales in 17 years.

Sony (SONY)(JP:6758) and Marvel’s megahit, “Spider Man: No Way Home,” has become the third-fastest movie to gross $1 billion at the box office.

Stock futures (ES00)(YM00)(NQ00) are inching up, following a solid week for Wall Street. Asian markets (JP:NIK)(CN:SHCOMP) were a mixed bag, and with London out for a holiday, Europe is fairly quiet. Oil prices (CL00) are under pressure, likely not help by the mass holiday flight cancellations. The dollar (DXY) is up and Treasury yields (BX:TMUBMUSD10Y) are steady.

These are the most active tickers on MarketWatch as of 6 a.m. Eastern Time.

Large Roman fort dating back to AD43 unearthed near Amsterdam. 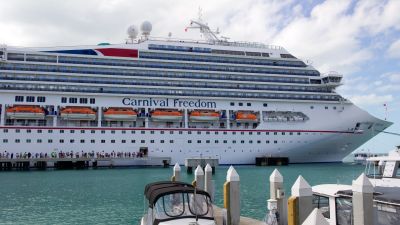 ‘They think $100 per room is enough compensation?’ Caribbean cruise denied entry by ports due to COVID-19 outbreak 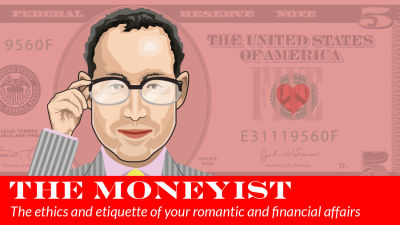 ‘I was devastated to find out my husband led a double life’: He stored $50,000 in bank and bitcoin accounts with his secret girlfriend. Can I claim this
money? 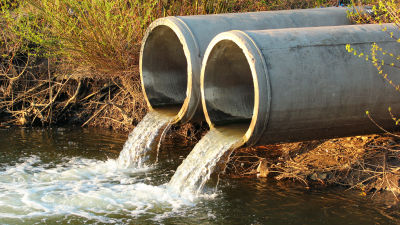 Hidden drains and secret pumps: How a Seattle company evaded the EPA to dump toxic water into Puget Sound for years 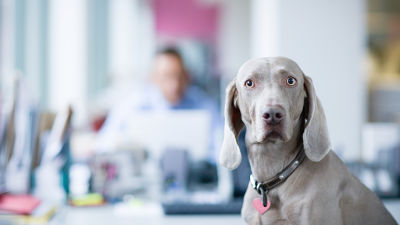