15
SHARES
107
VIEWS
Share on FacebookShare on Twitter
Need to Know: Jeremy Grantham is right that there’s a bubble, this strategist says. Why right now is a good buying opportunity for stocks.

Jeremy Grantham is right that there’s a bubble, this strategist says. Why right now is a good buying opportunity for stocks. 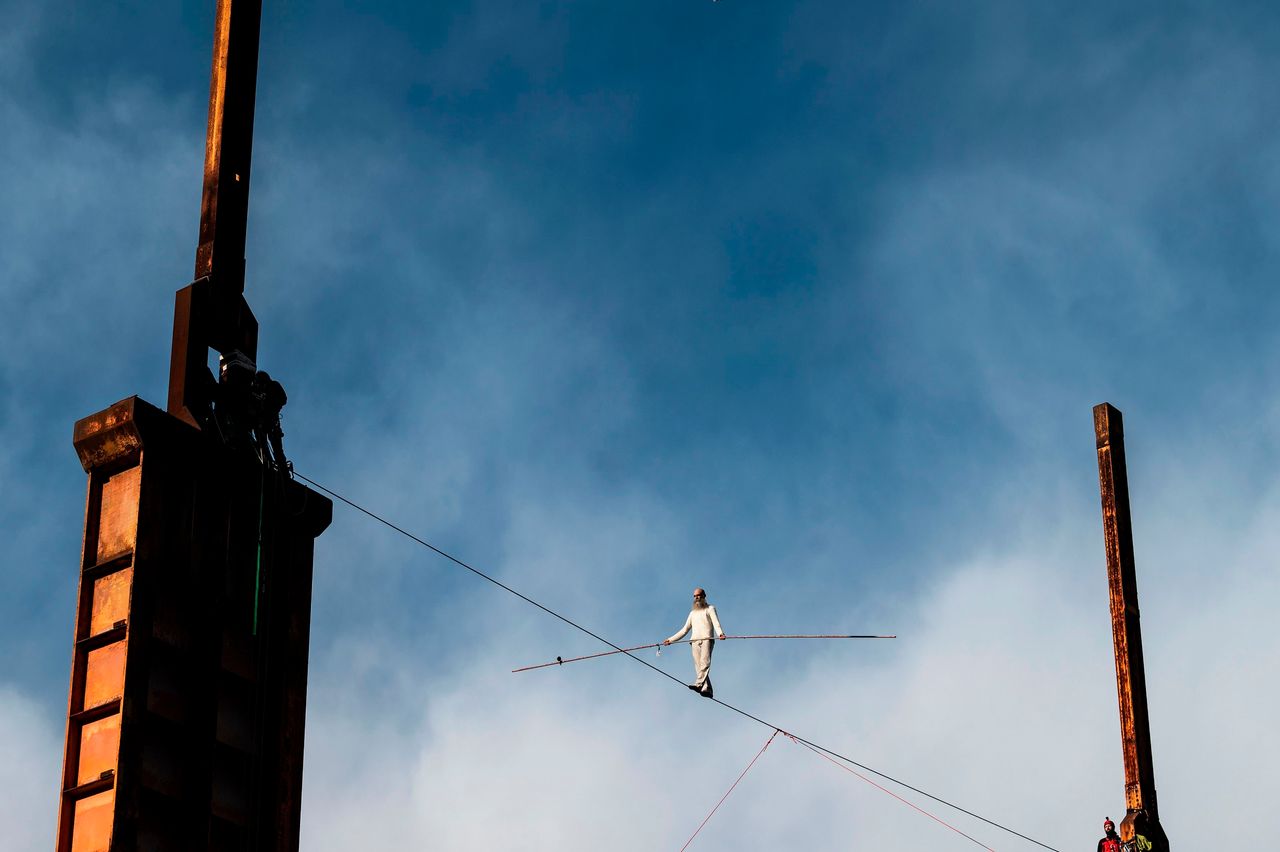 To understand how valuations have soared and the S&P 500 (SPX) has climbed 98% from its bear-market low, first there needs to be a little history. In a presentation on “TINA and the everything bubble” — a reference to the acronym There Is No Alternative — Longview Economics CEO and chief market strategist Chris Watling pointed out that the post-Bretton Woods financial system lacks an anchor.

“If you look back in history from 1971 back several hundreds of years, even millennia, you will see that almost all the time except during world wars, the international monetary system has an anchor. And the reason that matters is because an anchor restricts the ability to create liquidity in the system and restricts the ability to create debt,” he said. Citing the biography of former Federal Reserve Chair Paul Volcker, Watling said that lack of anchor was an accident of history but one that authorities couldn’t repair.

Central banks in the 1990s moved from targeting the money supply to targeting consumer-price inflation. “That’s condition number two, because when you’re targeting CPI, you’re not worried about how much debt being created, which is effectively what the monetary targets are in part telling you,” said Watling. Deregulation of mortgage lending — banks are required to set aside an eighth of the capital for mortgages as for corporate loans — further charged the debt supercycle.

As commercial banks healed from the global financial crisis, central banks adopted zero or negative interest rates, and then quantitative easing, to offset the absence of lending and money creation. That in turn has crowded out private-sector ownership of private-sector-listed assets and pushed market participants up the risk curve. 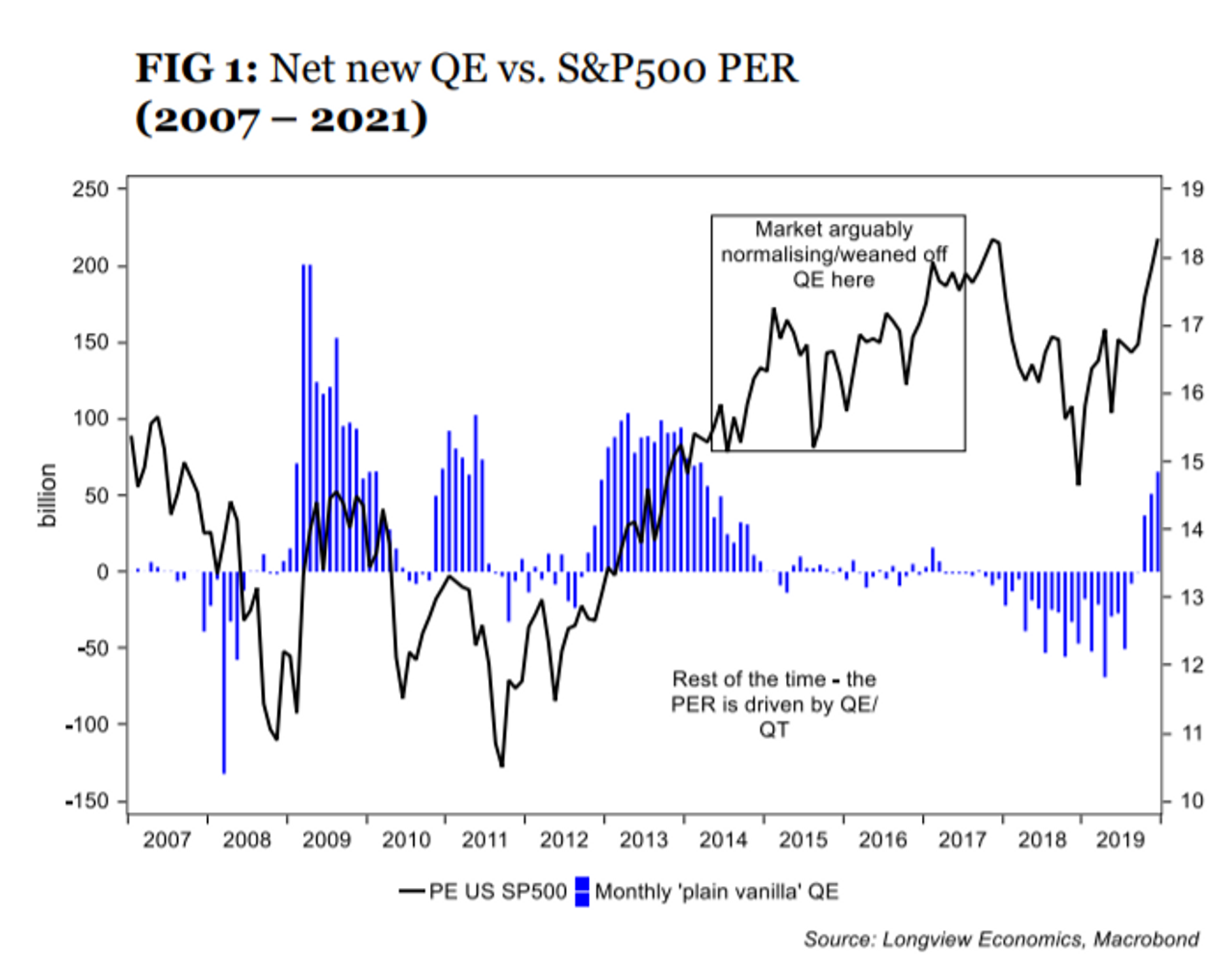 That has landed markets in a place where not just the U.S. but many global stock markets have elevated price-to-earnings ratios. And in response, investors are all in — the U.S. household equity allocation as a percent of total financial assets has climbed to new highs. Corporations via stock buybacks, and foreign central banks such as the Bank of Japan and Swiss National Bank, are also buying equities aggressively. 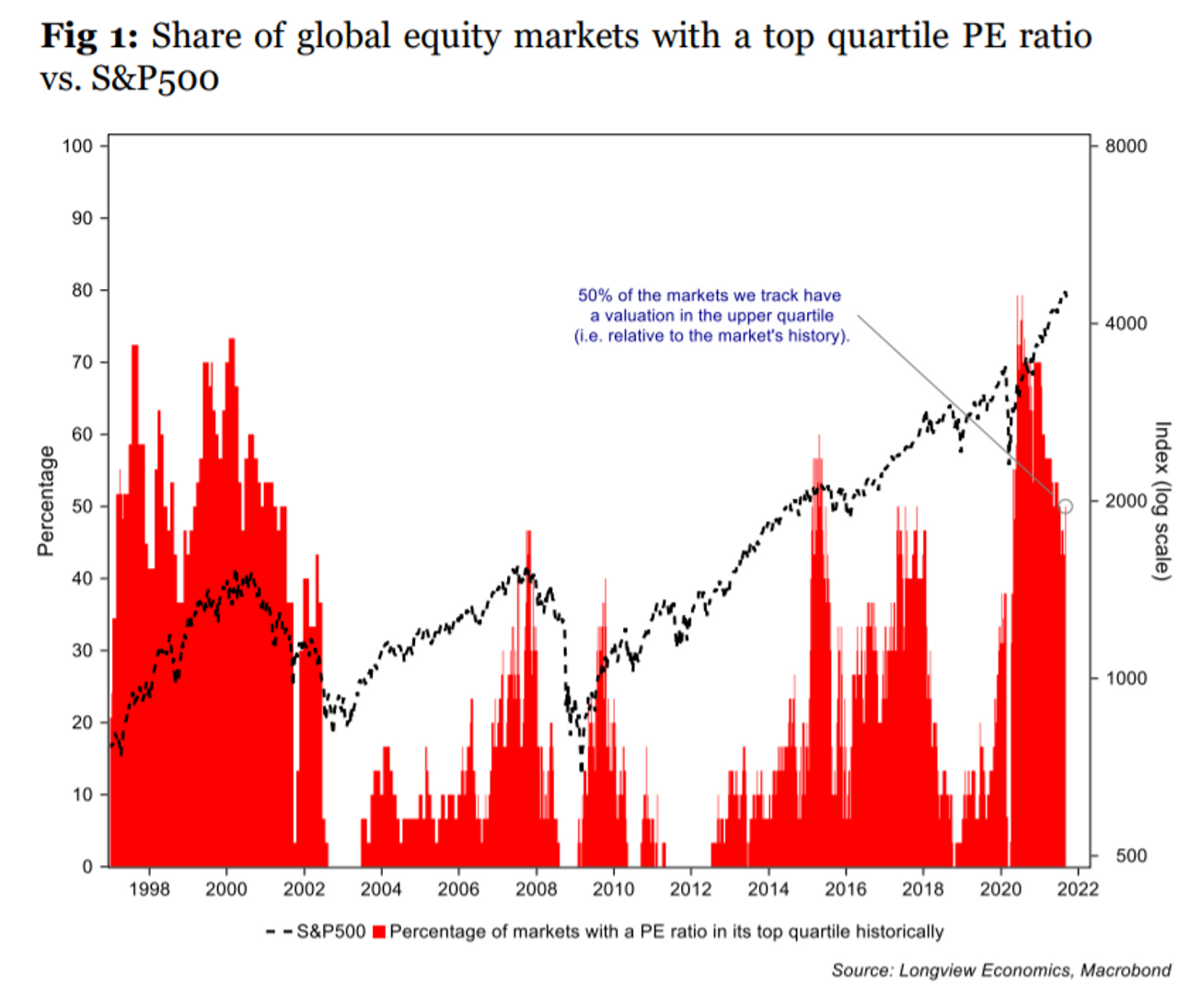 Watling agrees with GMO co-founder and market historian Jeremy Grantham that markets are in a bubble. But far from recommending investors get out, he said now is a good tactical opportunity. “It ends when [central bankers] change their behavior, and therefore, the question is when do they change their behavior, and I think the answer is they change it when inflation becomes something that is of concern to them,” he said. For now, Federal Reserve Chair Jerome Powell, with evidence, can say inflation is a temporary phenomenon driven by the impact of the COVID-19 pandemic on supply chains. That eventually will change as commercial banks start lending into the recovery and the jobs market heals.

“I think what we’re going to get over the next six to nine months is a backup in bond yields, because the economy’s accelerating as the pandemic turns into an epidemic, and therefore money is coming out of bonds going into equity markets in the first phase through to the middle of next year, maybe a bit longer,” said Watling.

Retail sales data highlight a slate of economic releases. The Chicago Fed’s projection is for a 0.9% rise excluding autos, which is stronger than the 0.5% gain that economists polled by The Wall Street Journal expect.

Goldman Sachs (GS) is among a host of banks due to report results. Alcoa (AA) shares rose after the aluminum producer said it would pay its first dividend since 2016 and announced a $500 million stock buyback, as it reported stronger-than-forecast results.

A former pilot was indicted on a charge of allegedly deceiving regulators about the flight-control system that was blamed for two fatal Boeing (BA) 737 Max crashes.

Virgin Galactic’s (SPCE) shares tumbled in premarket trade, after it pushed back its next test flight and the start of its space-tourism business.

Listen to the
Best New Ideas in Money
podcast. 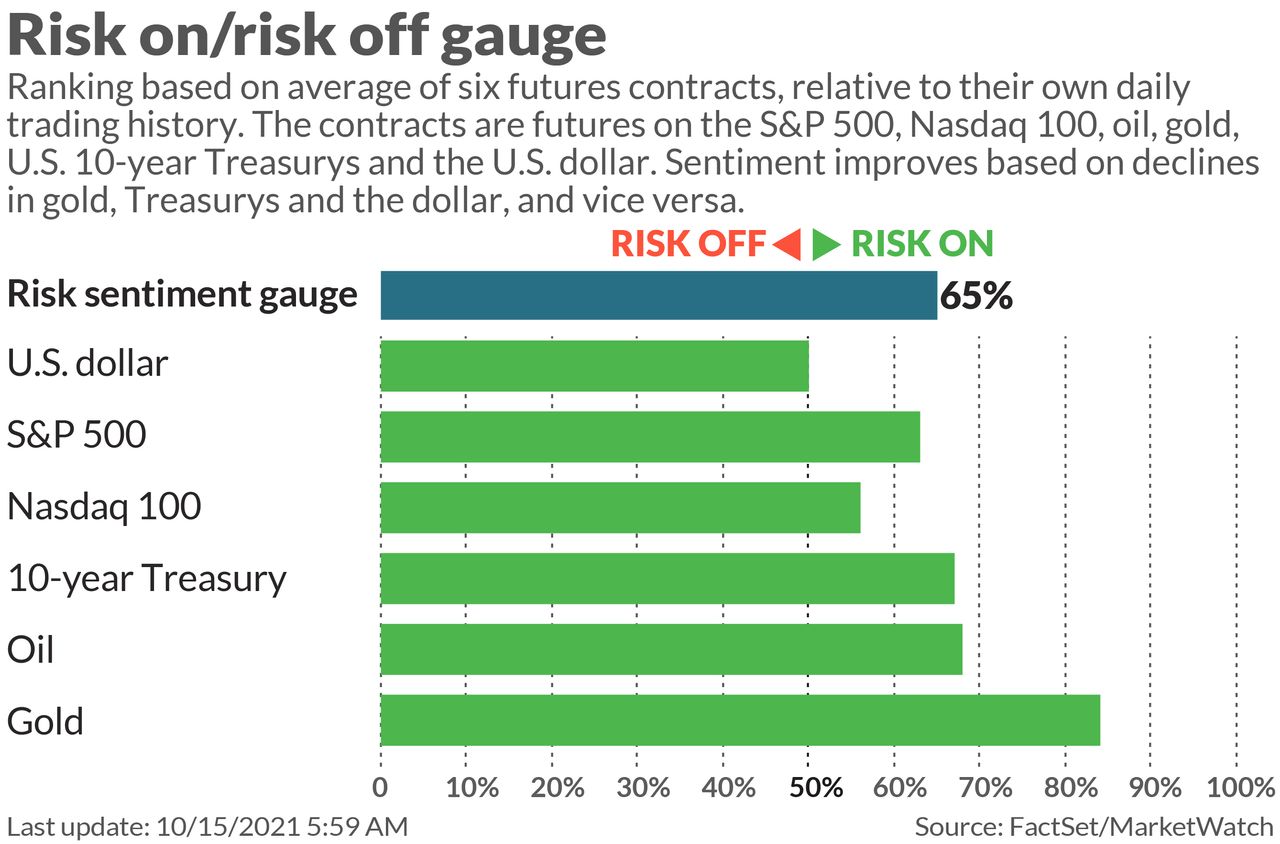 Bitcoin (BTCUSD) was rising on expectations the Securities and Exchange Commission will approve two exchange-traded funds investing in bitcoin futures.

Queen Elizabeth II was caught on tape saying she didn’t know who was attending a United Nations climate change conference due to be held in Scotland. Chinese President Xi Jinping won’t attend, The Times newspaper reported.

A half-shredded Banksy piece is auctioned for $25.4 million.