Need to Know: Keep running with the bond bulls says Bank of America

16
SHARES
115
VIEWS
Share on FacebookShare on Twitter
Need to Know: Keep running with the bond bulls says Bank of America

Keep running with the bond bulls says Bank of America 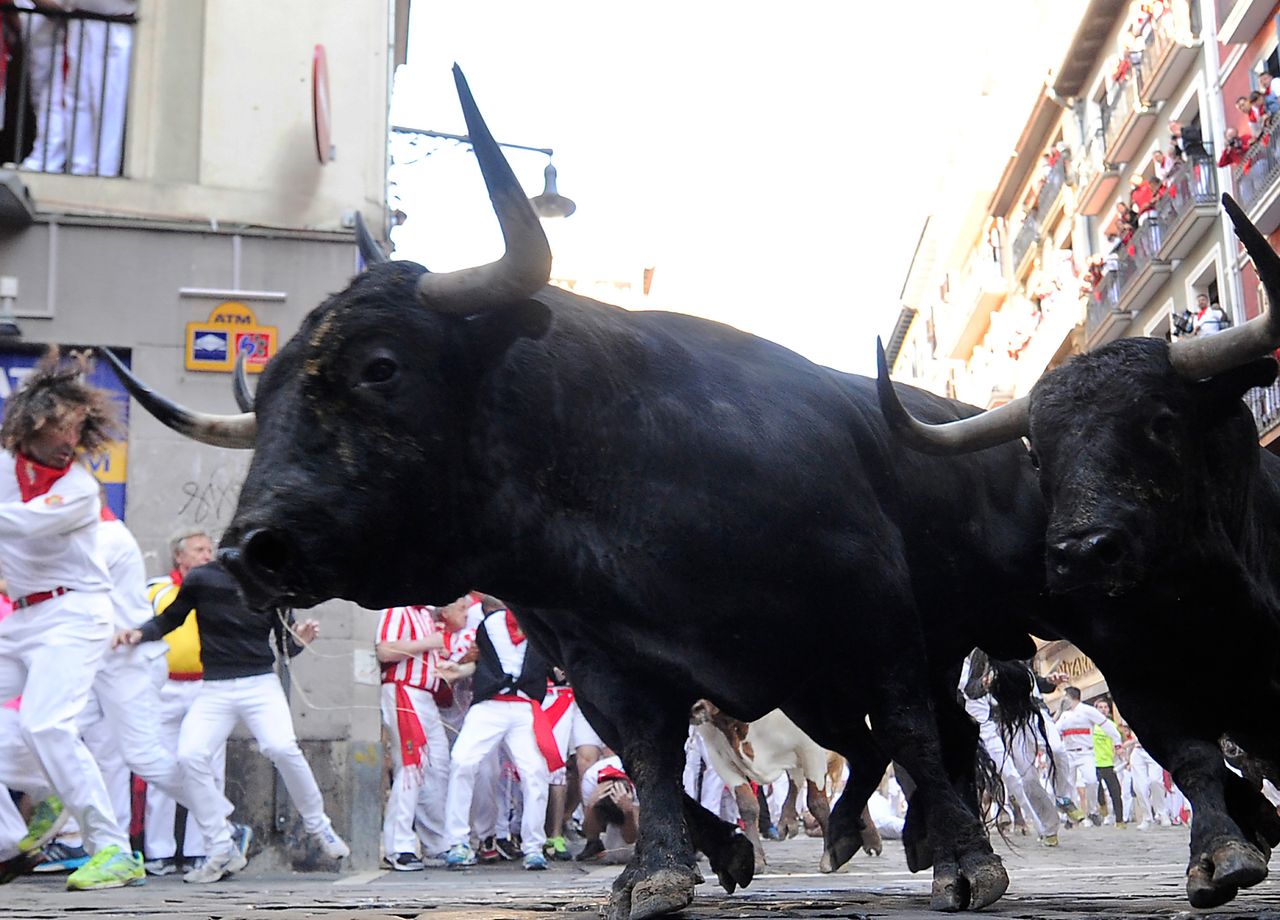 The rally in bond markets of late has been startling. As hopes grow that inflation may have peaked, and evidence of a U.S. economic slowdown build, benchmark 10-year Treasury yields (BX:TMUBMUSD10Y) fell from around the 3.5% level touched in mid-June, to near 2.5% at the start of this week.

A 100 basis point retreat in less than two months is a very sharp move, and unsurprisingly it had some observers questioning whether the market had overshot. Sure enough, some hawkish commentary from Federal Reserve officials on Tuesday saw yields bounce in one of the biggest shifts in five years. Little wonder the MOVE index that tracks Treasury volatility remains elevated.

But Bank of America rates strategist Bruno Braizinha says that though “the easy part of the rates rally is behind us” it’s likely benchmark yields could drop further.

“The recent pivot in market focus away from inflation and towards deteriorating growth fundamentals pushed 10-year Treasury yields towards its fair value range faster than we had anticipated,” says Braizinha in a note. 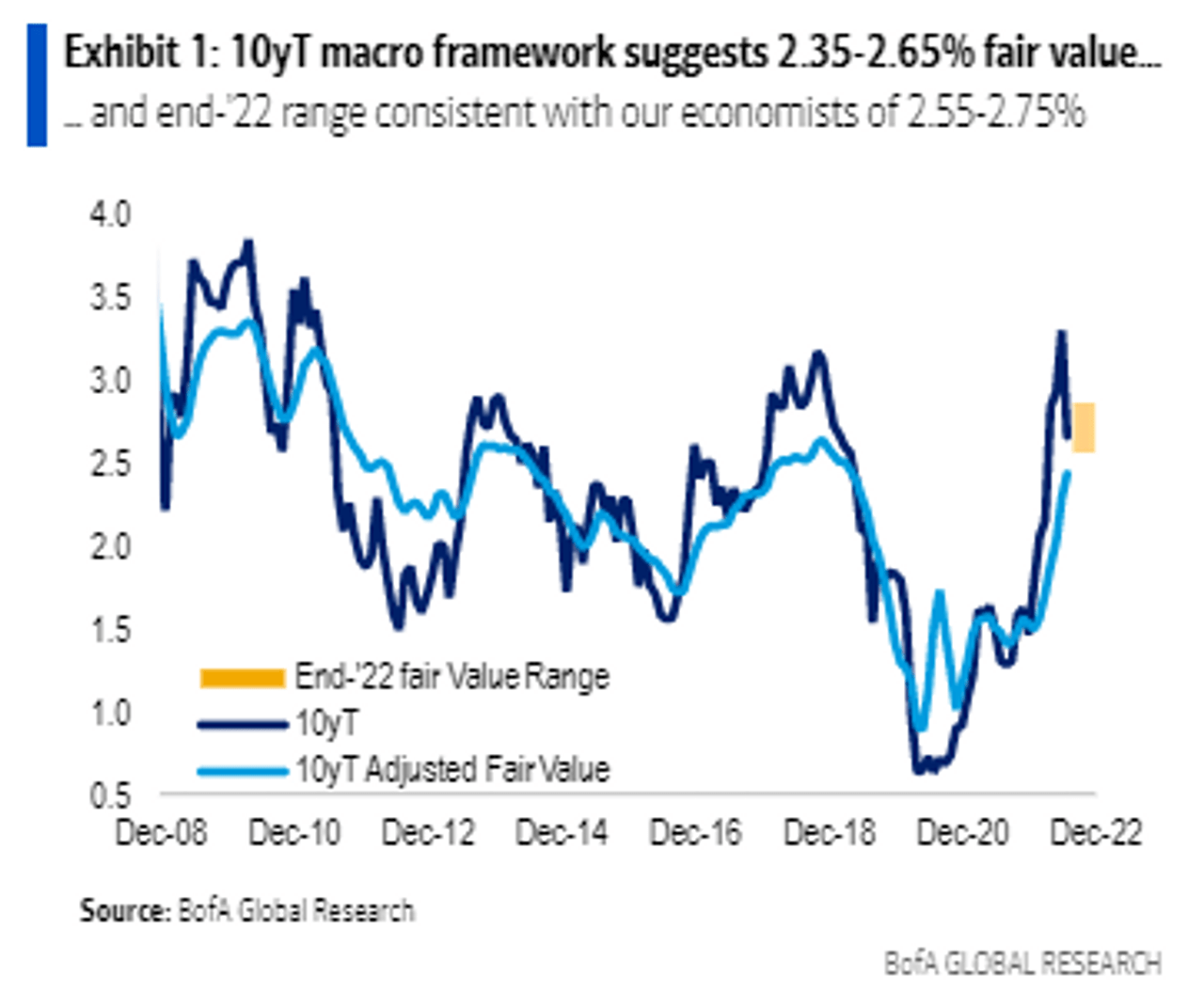 “A further rally from here is possible and even likely, but how much further depends on a series of fundamentals and more technical drivers,” he adds.

One of these is the likelihood that the bond market is underestimating the risk of an economic hard landing. Another is that riskier assets, which have yet to accept such a scenario, are vulnerable to a sell-off, with funds moving into havens. And Treasuries may receive more of those flows because of a perceived safe-haven scarcity.

“Gilts have not been seen as a safe haven for a while, the role of JPY has been shaken lately, and the utility of bunds as defensive is put into question by the likely impact of sanctions linked to the Russian invasion of the Ukraine,” says Braizinha.

All told, BofA reckons that 10-year yields could fall to 2% under a more significant economic slowdown. But even in what it terms a soft-landing scenario the longer duration bond will be comfortable in the 2.25-2.5% range.

“We recommend trading rates with a bullish bias, adding to longs on backups in yields,” says Braizinha.

Separately, support for the trade may come from seasonal factors in the short term, too. The chart below from Deutsche Bank shows how August tends to be a good month for bond prices, and falling yields. 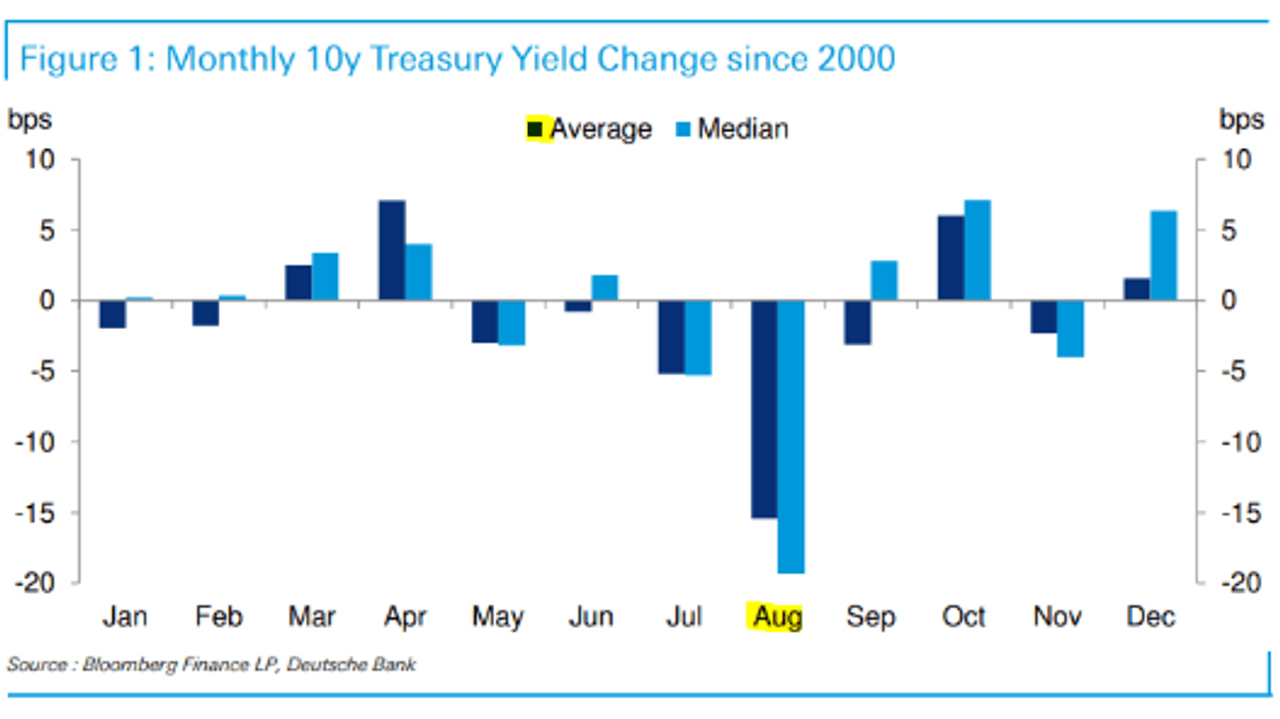 Investors are swiping left on Match Group stock (MTCH), down 21.8%, after the Tinder owner delivered disappointing results following the market close on Tuesday.

Earnings reports on Wednesday include Moderna (MRNA) and Under Armour (UA) before the market open; eBay (EBAY) and Qorvo (QRVO) after the closing bell.

U.S. economic data for Wednesday: the July ISM non-manufacturing survey and June factory orders, both due for release at 10 a.m. Eastern.

Stock markets in Taiwan (TW:Y9999), Japan (JP:NIK) and Hong Kong (HK:HSI) were steadier as regional tensions eased in the wake of House Speaker Nancy Pelosi’s visit to Taipei. The Taiwan National Stabilization Fund said it was on standby to
intervene in the market if needed.

The Capitol riot trial that tore a family apart.

Respect the corporate put says BNP Paribas. Companies purchasing their own stock provides a useful underpinning to the market, and the chart below shows announced buybacks at more-than-a-decade highs. 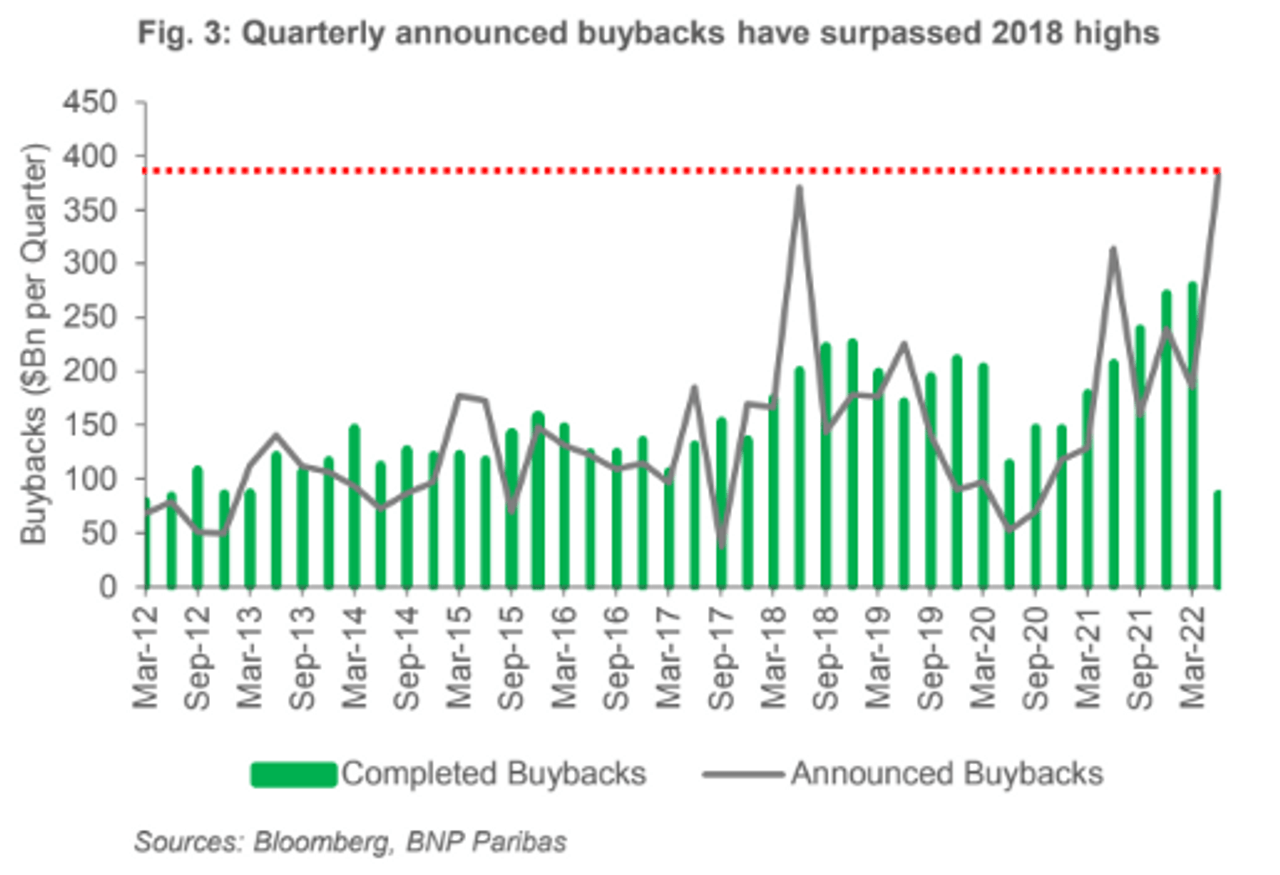 Holy millions down the drain, Batman.

If you thought the meme stock craze was dead….