Need to Know: Markets will shift to a ‘hope’ phase next year, and investors would be wise not to miss it, says Goldman Sachs

13
SHARES
92
VIEWS
Share on FacebookShare on Twitter
Need to Know: Markets will shift to a ‘hope’ phase next year, and investors would be wise not to miss it, says Goldman Sachs

Markets will shift to a ‘hope’ phase next year, and investors would be wise not to miss it, says Goldman Sachs 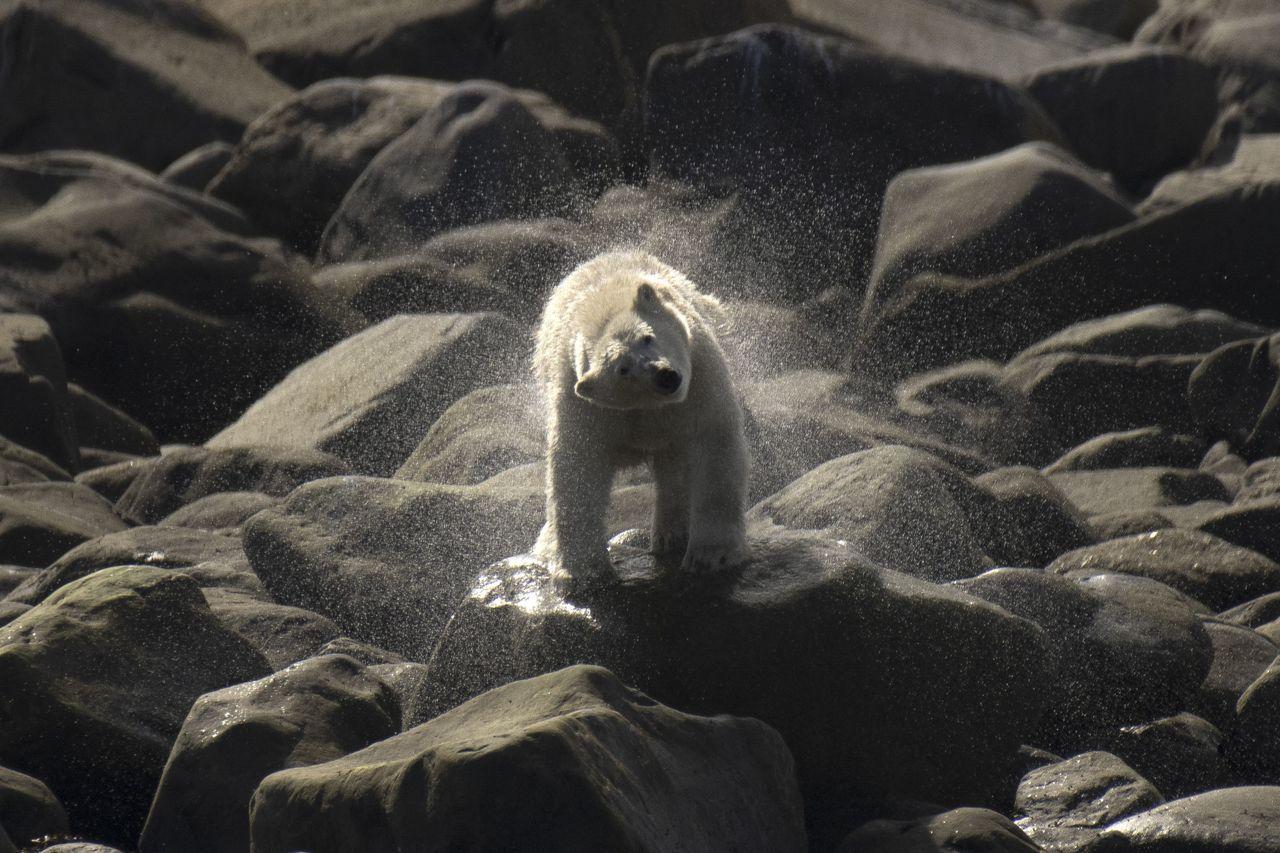 Fresh China COVID-19 worries are threatening to nix any preholiday gains for Wall Street, with stock futures in the red and the dollar higher ahead of Monday’s open.

In a shortened week that will bring both Thanksgiving and the World Cup kickoff, investors have all sorts of excuses to head to the sidelines. Those sticking around will be grinding through the traditional data dump on Wednesday and even an appearance by Fed Chairman Jerome Powell.

There’s more caution on our call of the day, where Goldman Sachs’s 2023 outlook predicts a “volatile” ride to the bottom of this bear market, before a more optimistic phase takes hold in 2023. And investors will need to time the latter just right.

“We expect markets to transition into a ‘Hope’ phase of the next bull market at some point in 2023, but from a lower level,” said a team led by Goldman’s chief global strategist Peter Oppenheimer, in a note to clients. “The initial rebound from the trough is likely to be strong, in common with the beginning of most cycles before transitioning into a ‘Post Modern Cycle’ with lower returns.”

But before investors can get to the hopeful phase, they must grind through the rest of this bear market that Oppenheimer and the team say has some ways to go.

They are concerned over recent fresh optimism over the possibility of slowing interest rate increases that has driven around a 5% gain in equities since June, even with real U.S. interest rates up 85 basis points and 10-year yields (BX:TMUBMUSD10Y) more than 50 basis points higher since then.

“The recent rebound in equities is not the first we have seen in this bear market. In our view, the speed of the rise in interest rates (rather than their absolute level) has the potential to do more damage as investors are likely to increasingly focus on growth and earnings weakness,” said Oppenheimer and the team.

For that reason, they expect overall returns to be relatively low between now and the end of 2023, where they see the S&P 500 (SPX) finishing around 4,000. Right now, we’re stuck in a “cyclical” bear market that typically sees falls of around 30%, lasting for 26 months, with 50 months required for recovery, said the bank.

Through the balance of 2023, they do see conditions for a recovery starting to come together. And this suggests that from a lower level, prospects for transitioning into a “hope” phase of the next cycle will be strong. Pay close attention here, says Oppenheimer and co: “These recoveries typically start during recessions and are driven predominantly by valuation expansion and can be costly to miss.” 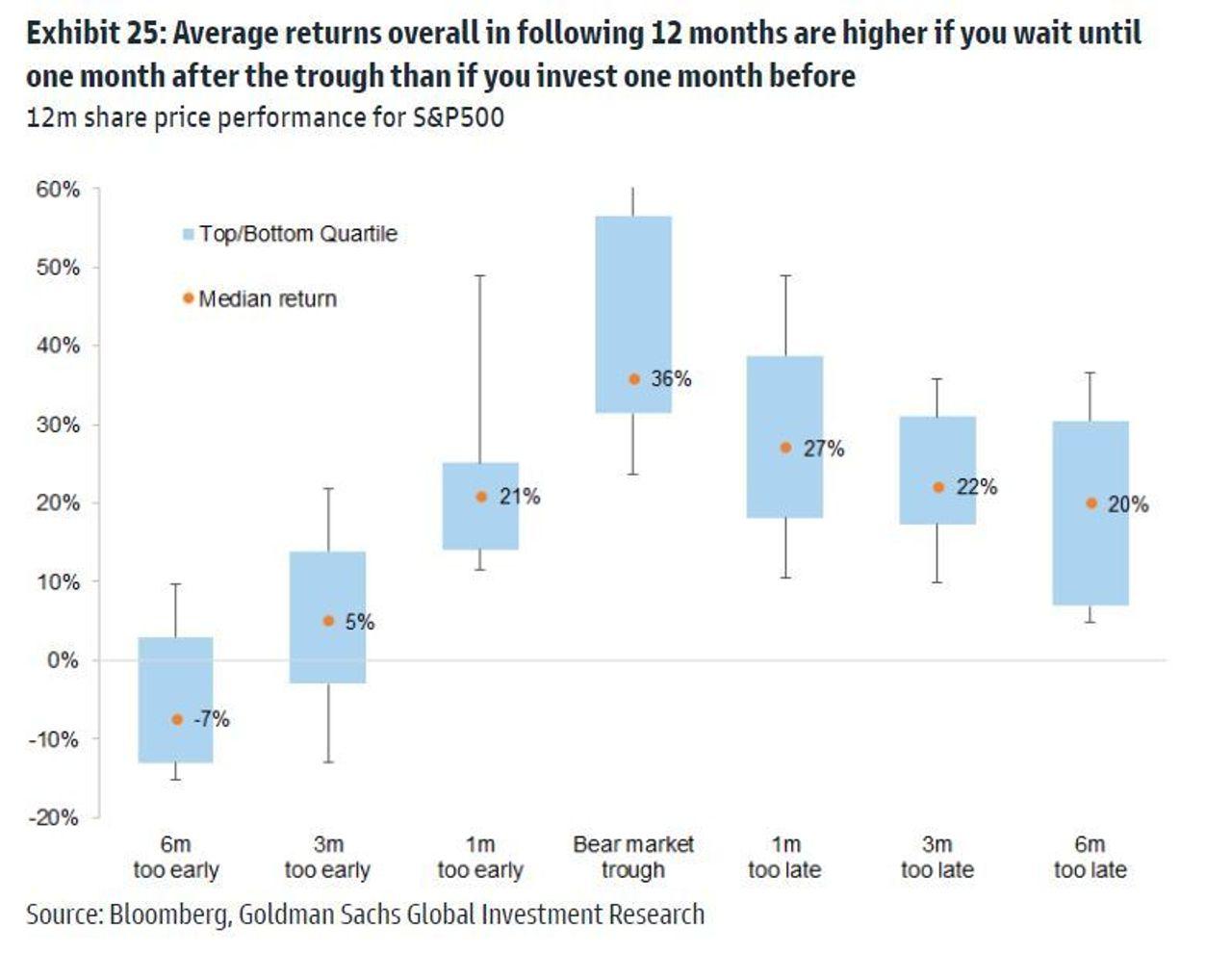 Catching the “hope” phase just right is indeed tricky. Their above chart shows how average returns overall in the following 12 months are much higher if an investor waits one month until after the trough as opposed to investing a month before.

Also during that phase, initial recovery trends tend to be led by assets that have underperformed the most during the bear market phase. “This is what makes these transitions so difficult to navigate — the recovery when it comes tends to be swift and led by the types of companies that investors tend to avoid through the bear market.”

“That said, this is ‘the trade after the trade’ and we think it is premature to be positioning for this now” said Goldman, urging investors to hold their horses.

As for right now, strategists are all in on a “barbell approach,” which means investing across the risk spectrum with the goal of getting a more even portfolio. Their mix consists of quality, strong balance sheet and stable margin companies, with deep value, energy and resources where valuation risks remain limited.

“We like companies that can compound earnings and returns through a combination of reinvestment and dividends over time,” he said, adding that in contrast to the last cycle, they want more diversification across styles and regions and more emphasis on valuation, which should “enhance returns through 2023.” 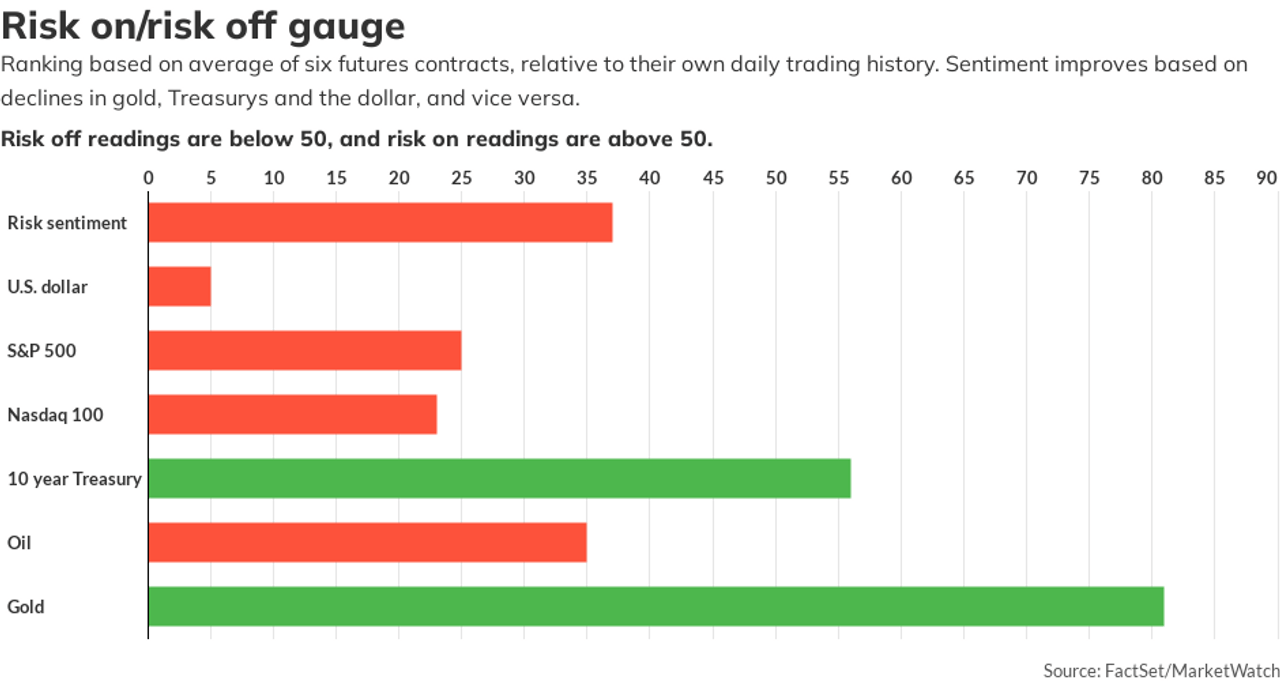 In a surprise move, Walt Disney (DIS) is bringing back its former CEO Bob Iger to replace Bob Chapek after a string of losing quarters. Shares are surging.

Imago Biosciences shares (IMGO) are headed for an eight-month high on news Merck (MRK) will acquire the biopharma in a $1.35 billion deal, representing a more than 100% premium to Friday’s price.

J.M. Smucker shares (SJM) are nearing a 6-month high in premarket after profit and sales cruise past expectations and the jam maker lifts its outlook.

China is tightening up COVID-19 curbs after Beijing recorded three COVID-19 deaths over the weekend, the first in six months. China consumer and entertainment stocks took the brunt of losses.

PC makers Dell (DELL)and HP (HPQ), videoconferencing platform Zoom (ZM) and electronics chain Best Buy (BBY) will report this week, and could offer a peek at how the PC bust is playing out. Dollar Tree (DLTR) and Deere (DE) will also report.

‘We gather here as one big tribe’: Controversial Qatar World Cup kicks off

Iran is now arresting actors who remove headscarves in protest

Meet the migrant workers who made the World Cup possible

More on China and its COVID-19 battle: 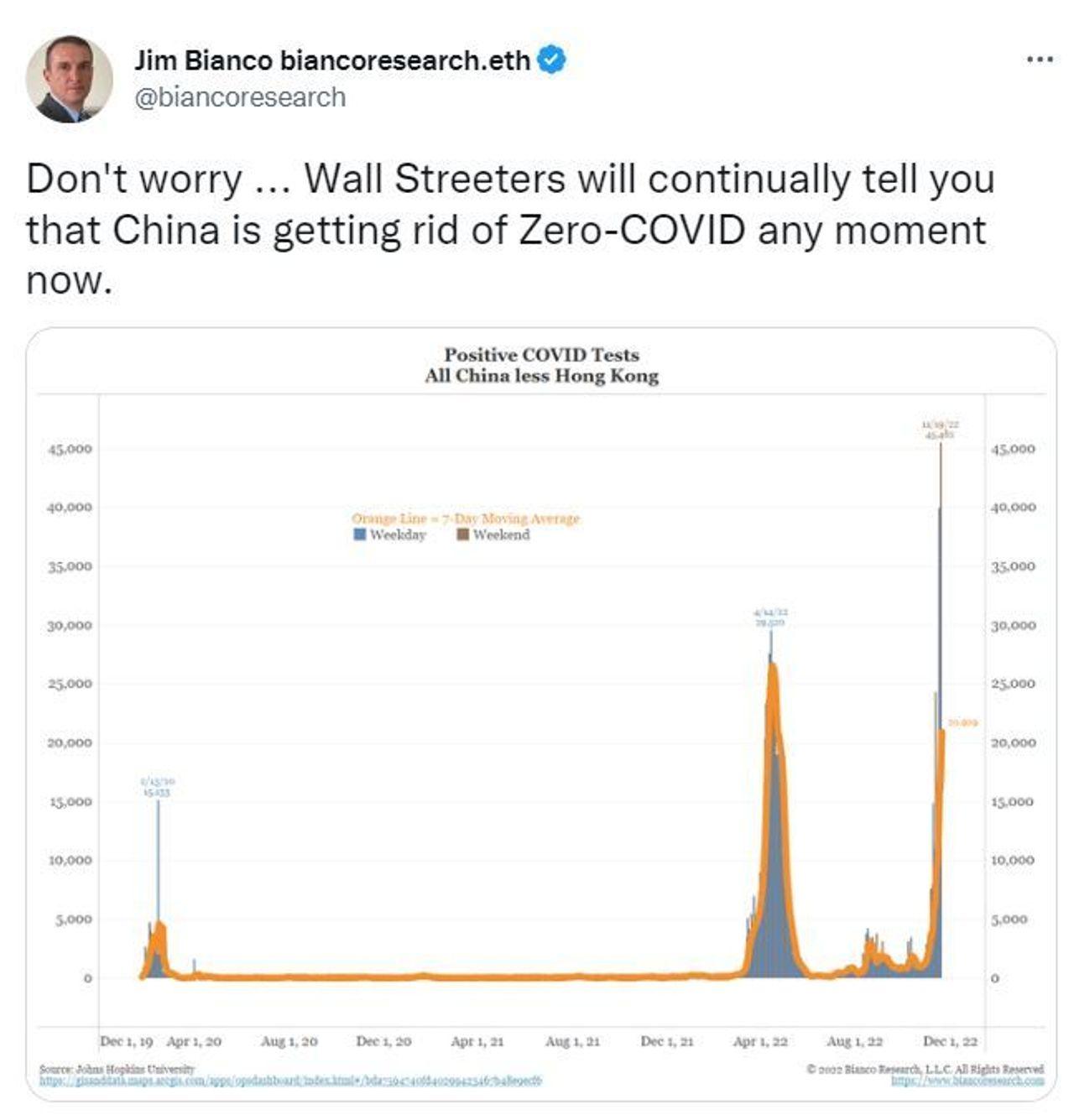 These were the top-searched tickers on MarketWatch as of 6 a.m.:

The Climate science circus wants to cheer everyone up.

No beer at the games, but this English fan in Qatar ended up at a palace:

Budweiser, meanwhile, has found a new purpose for all that undrunk World Cup beer:

Need to Know: Here’s what resolves the big mystery on why older Americans have left the workforce

To Santa or not to Santa