Need to Know: Morgan Stanley says the latest rally that has caught the eye of Wall Street Bets won’t last. Here’s why.

17
SHARES
124
VIEWS
Share on FacebookShare on Twitter
Need to Know: Morgan Stanley says the latest rally that has caught the eye of Wall Street Bets won’t last. Here’s why.

Morgan Stanley says the latest rally that has caught the eye of Wall Street Bets won’t last. Here’s why. 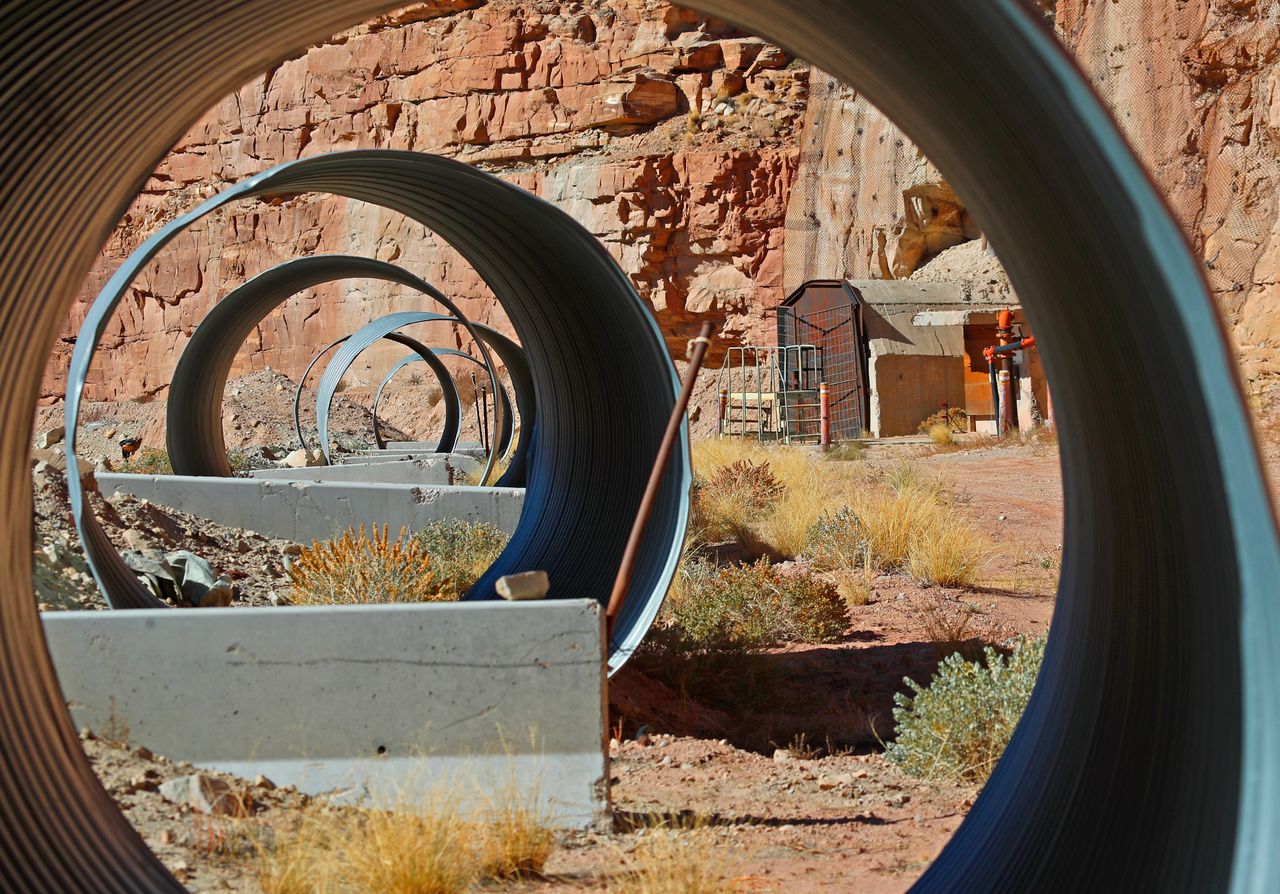 Do it again? Investors will be eager to see if the S&P 500 and Dow industrials can repeat Monday’s wins that broke a five-session losing streak. Before that, we’ve got to get through consumer prices, where there are hopes that inflation has ebbed just a bit.

From videogame retailers to a once forgotten energy source — retail investors on Reddit comment boards seem to be taking some fresh interest in uranium, prices of which have been rocketing higher lately. 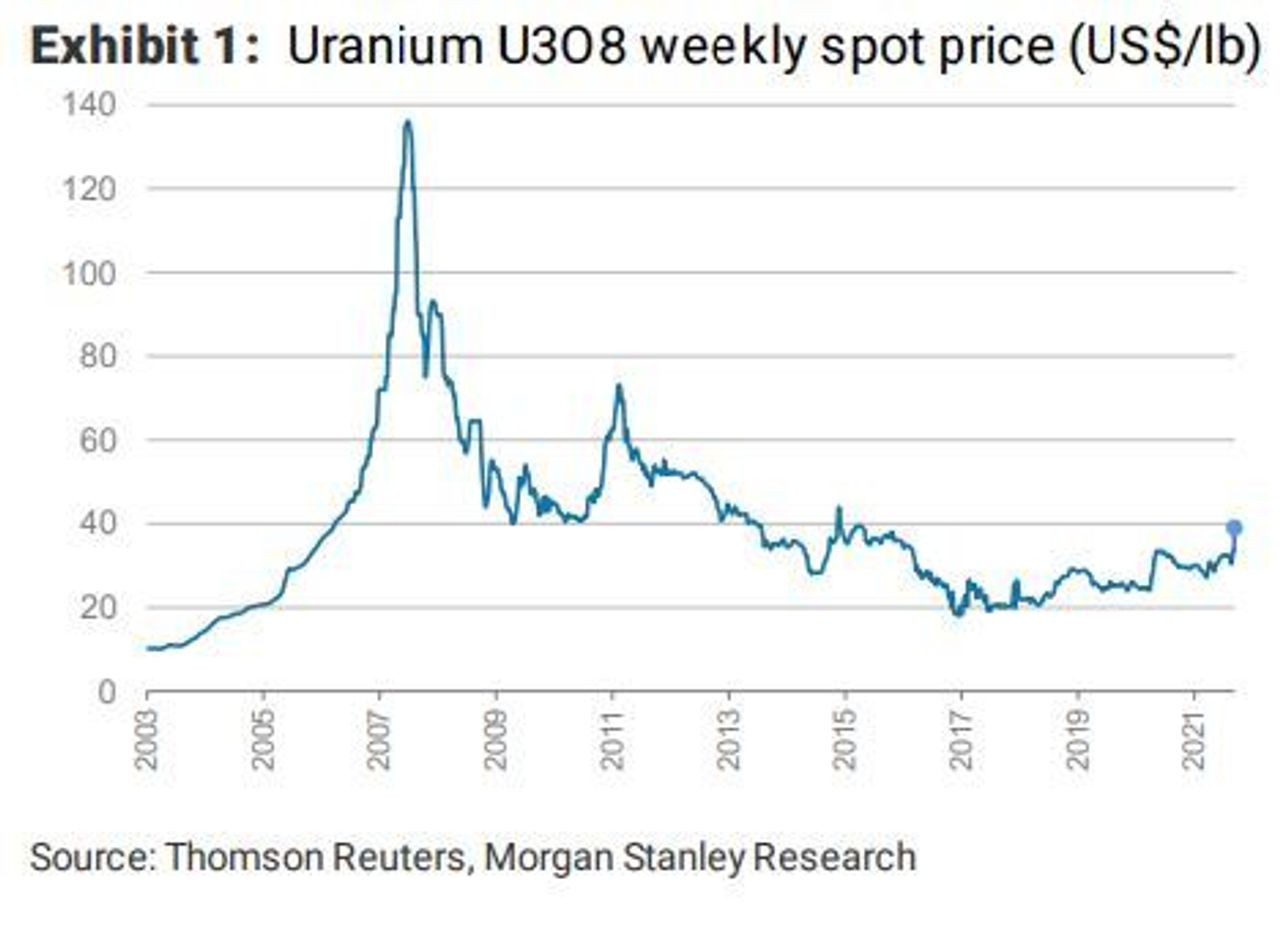 Investors may want to move fast to catch those gains, warns our call of the day from Morgan Stanley.

“While coal and natural gas prices are driven up by actual market tightness, uranium’s underlying supply-demand fundamentals haven’t meaningfully changed over the last few months to warrant this price surge,” commodity strategists Marius van Straaten and Susan Bates told clients in a note. “Although the current rally is likely to have further to run, we are not yet convinced that it can be sustained into next year.”

Joining a “wider energy rally,” uranium’s spot price has gained 20% since August at $39, the highest since 2015. The strategists acknowledge uranium buying by the Sprott Physical Uranium Trust (CA:U.UT) — to keep it away from nuclear power plants — has played a key role.

Some believe Sprott ETF could do for uranium, what the Grayscale Bitcoin Trust (GBTC)did for prices of the crypto when it started buying bitcoin. Continued buying from Sprott would add to “an already very active spot market, on the back of Covid-related mine supply disruptions,” say the analysts.

But while fund buying also preceded the commodity’s 2004 to 2007 bull run that drove it to nearly $140, that was against the backdrop of a “nuclear renaissance” that isn’t the case now, they said. Some bulls argue prices won’t dip even if that fund buying slows due to improved market liquidity that has “aided price discovery and revealed the true ‘spot’ price”, said the pair.

“On the other hand, better visibility of previously hidden uranium stocks could become an overhang to the market, with outflows from physical funds also a risk,” they added.

The strategists noted that the World Nuclear Association recently is forecasting a balanced market — achieved by utility inventory drawdowns and idled mine supply returning — up to 2028. The drawdowns are seen playing a key role in the next three years.

“Only when these utility inventories are worked off materially, the real need for a higher price to incentivize the return of idled supply will become more pressing, we think,” they said. That’s as supply discipline could get tough among producers like Kazatomprom (UK:KAP) and Canada’s Cameco (CCJ) as spot prices keeps rising, they note.

Regardless of the risks, Morgan Stanley is medium-term bullish for uranium, forecasting prices to reach $49 a pound by 2024. “That said, the current investor-driven rally might not seamlessly transition into a ‘real’ deficit-driven bull market,and we could see some price weakness in between,” said the strategists.

Economists polled by The Wall Street Journal estimate August consumer prices rose 0.4%, which would be the smallest since February, but twice as high as the monthly average over the past two decades.

Apple (AAPL) is expected to unveil its iPhone 13 lineup during its fall event that kicks off virtually at 1 p.m. Eastern. The tech giant has also been scrambling to get an emergency security patch to all users.

Shares of Oracle (ORCL) are down after the software giant’s fiscal first-quarter revenue fell short of Wall Street forecasts.

Shares of China’s Evergrande (HK:6666) fell sharply after the property developer said it has appointed financial advisers as it faces a continuous decline in property sales and threat of default. And investors are angry:

Hurricane Nicholas made landfall on the Texas coastline early Tuesday, and there are predictions for catastrophic flooding.

At New York’s first Met Gala since 2019, with all its fashion thrills, Rep. Alexandria Ocasio-Cortez’s sported a white gown that said “Tax the Rich” across the back, drawing cheers and some jeers.

She wasn’t the only one wearing statement attire. Check out Congresswoman Carolyn Maloney (D-NY):

Stock futures (YM00)(ES00)(NQ00) are edging higher ahead of
inflation data.

European stocks (XX:SXXP) are struggling, and it was mostly a sea of red for Asian markets (XX:000300)(HK:HSI). The dollar (DXY) is down, oil (CL00)(BRN00) is higher and industrial metals like palladium (PAZ21) and platinum (PLV21) are slipping.

During lockdowns, the Scottish government gave prisoners gifted “unhackable” phones.” One guess as to what came next.