Need to Know: Morgan Stanley’s done better than most forecasting markets during this turbulent year. Here’s what it says is coming next.

18
SHARES
128
VIEWS
Share on FacebookShare on Twitter
Need to Know: Morgan Stanley’s done better than most forecasting markets during this turbulent year. Here’s what it says is coming next.

Morgan Stanley’s done better than most forecasting markets during this turbulent year. Here’s what it says is coming next. 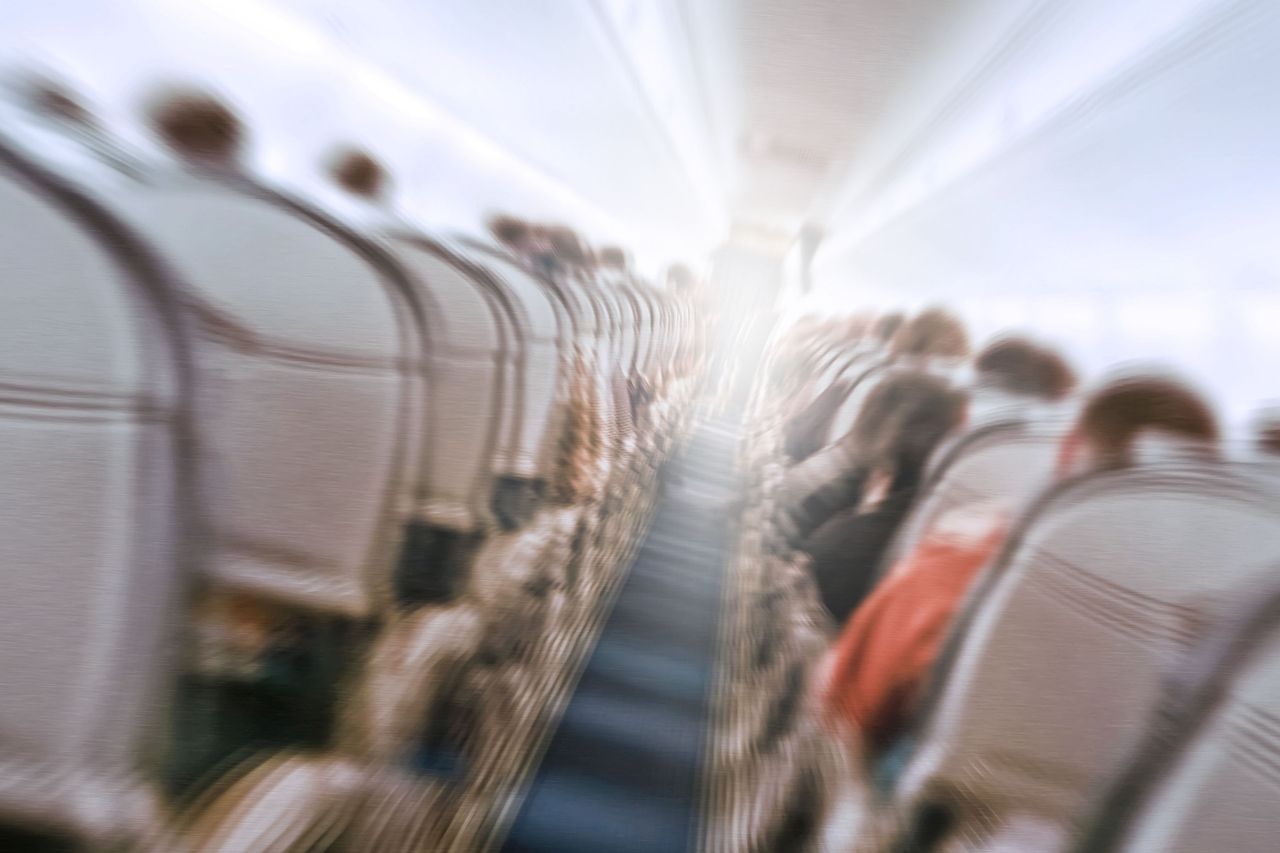 Wall Street analysts are the types who get to the airport with hours to spare. Year-ahead previews come in before Thanksgiving, so it can’t be too huge a surprise that Morgan Stanley has released its mid-year outlook just 11 days into May.

Not that anyone has seen what 2022 had in store — the worst bond market performance in decades, a surge in commodities, a war in Ukraine — but Morgan Stanley’s outlook was closer to the mark than most, certainly better than the other Wall Street firm with Morgan in its name. It came into the year flagging mid-to-late cycle challenges, warning about high valuations, tightening policy and inflation higher than most are used to. All of that sounds about right.

From the archive:
Here’s what Wall Street analysts see for the U.S. stock market in 2022

The bank is still banging that drum. “With strong labor markets, tightening policy, a flat curve, and our economists forecasting slower global growth with a downside skew, we think that a ‘late-cycle’ flavor to the market continues, supporting light overall positioning and a premium for portfolio defense/diversification,” say the strategists led by Andrew Sheets.

In practice, that means Morgan Stanley expects the S&P 500 (SPX) to keep falling, to 3,900 by the second quarter of 2023, though it’s more optimistic elsewhere. Its top trade recommendation is being long Japanese equities, as the firm says recent currency weakness should boost Japanese corporate earnings.

The weakness in both the U.K. and Australian currencies, as well as the commodity rally, also makes them optimistic toward U.K. and Australian stocks. In the U.S. , the firm likes the defensive sectors of healthcare and utilities. In commodities, Morgan Stanley prefers oil over gold, as it sees $130 per barrel Brent (BRN00) by the third quarter, and aluminum over copper.

Probably the most useful graphic the firm provided was this cartoon: 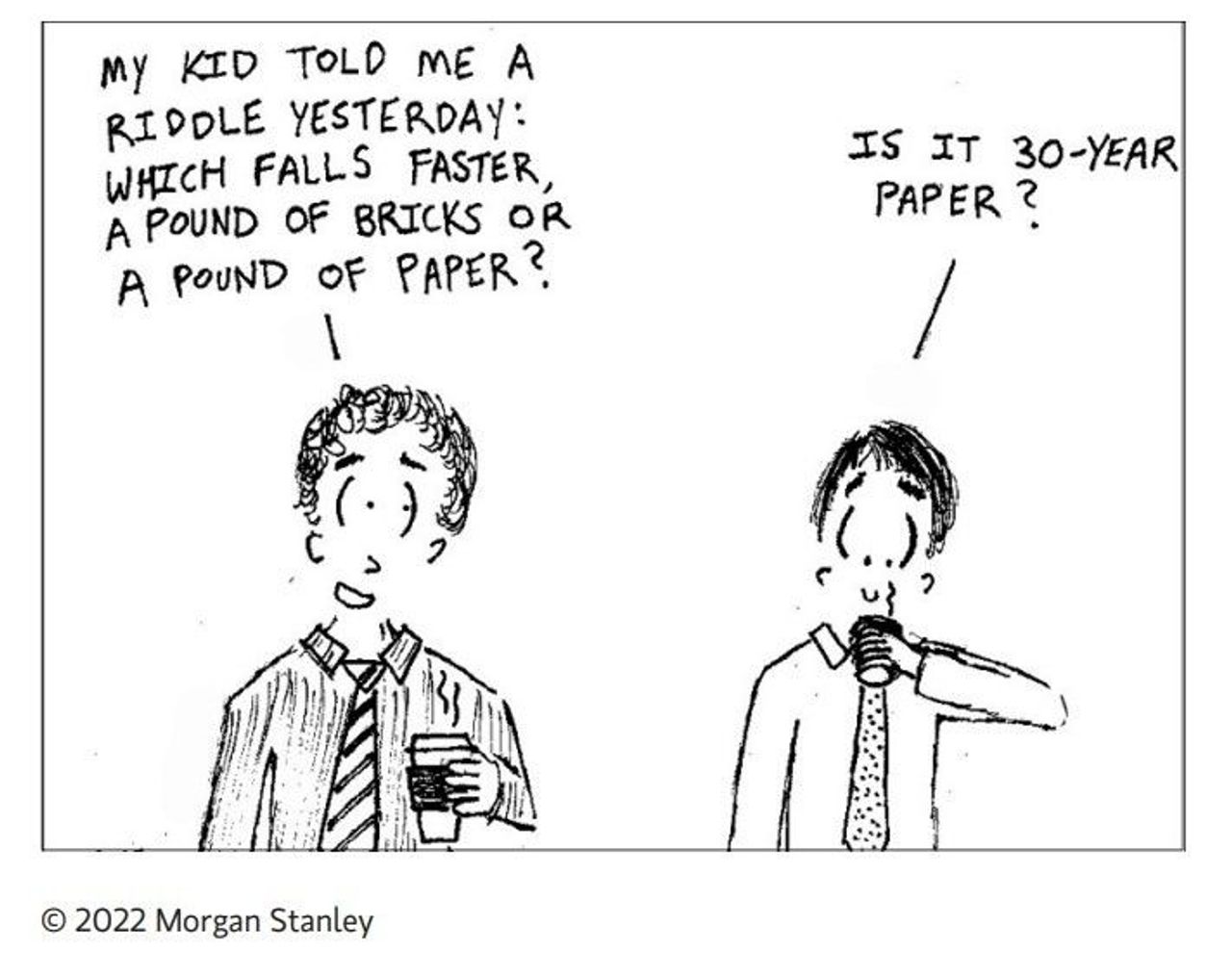 The key inflation report is due at 8:30 a.m. Eastern. Economists polled by The Wall Street Journal expect the year-over-year rate for the consumer price index to recede to 8.1% from a four-decade high of 8.5%. Investors may place more attention on the core reading, which on a monthly basis is expected to tick higher to 0.4%.

European Central Bank President Christine Lagarde said she expects the central bank’s asset purchase program will end “early” in the third quarter, and that the first rate hike could come as early as a few weeks afterwards. The ECB’s governing council has a meeting on July 21.

Coinbase (COIN) shares skidded 14% in premarket trade as the crypto trading app reported worse-than-forecast revenue on declining volume. Also in the crypto space, the so-called algorithmic stablecoin TerraUSD fell as low as 30 cents on the dollar.

Unity Software (U) shares plunged on weak guidance. The day’s big earnings report, from Walt Disney (DIS), comes after the close of trading. 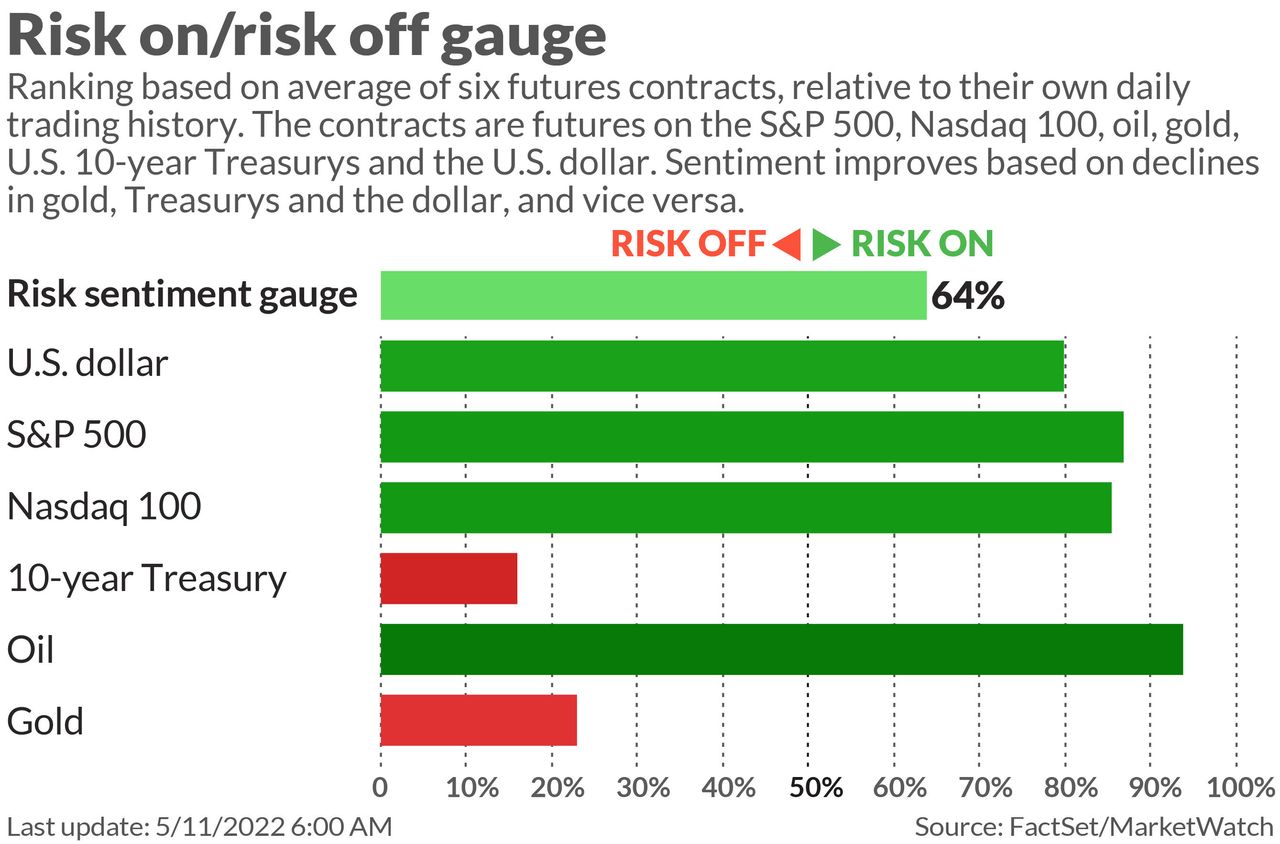 Markets were in an upbeat mood, with stock futures (ES00)(NQ00) advancing ahead of the CPI report.

Here were the most active stock market tickers as of 6 a.m. Eastern on MarketWatch.

The ‘Wagatha Christie’ feud — a spat between the wives of two English soccer players — gets its day in court.

Expat New Yorkers are driving up the rents in Miami, to the chagrin of the natives.

PEAK ASSET: MORNING WRAP 11 MAY: ASX to slip | US tech rebound runs out of steam | There’s much more life to Far East’s Wonogiri mine as talk turns to historic global copper, gold prices |