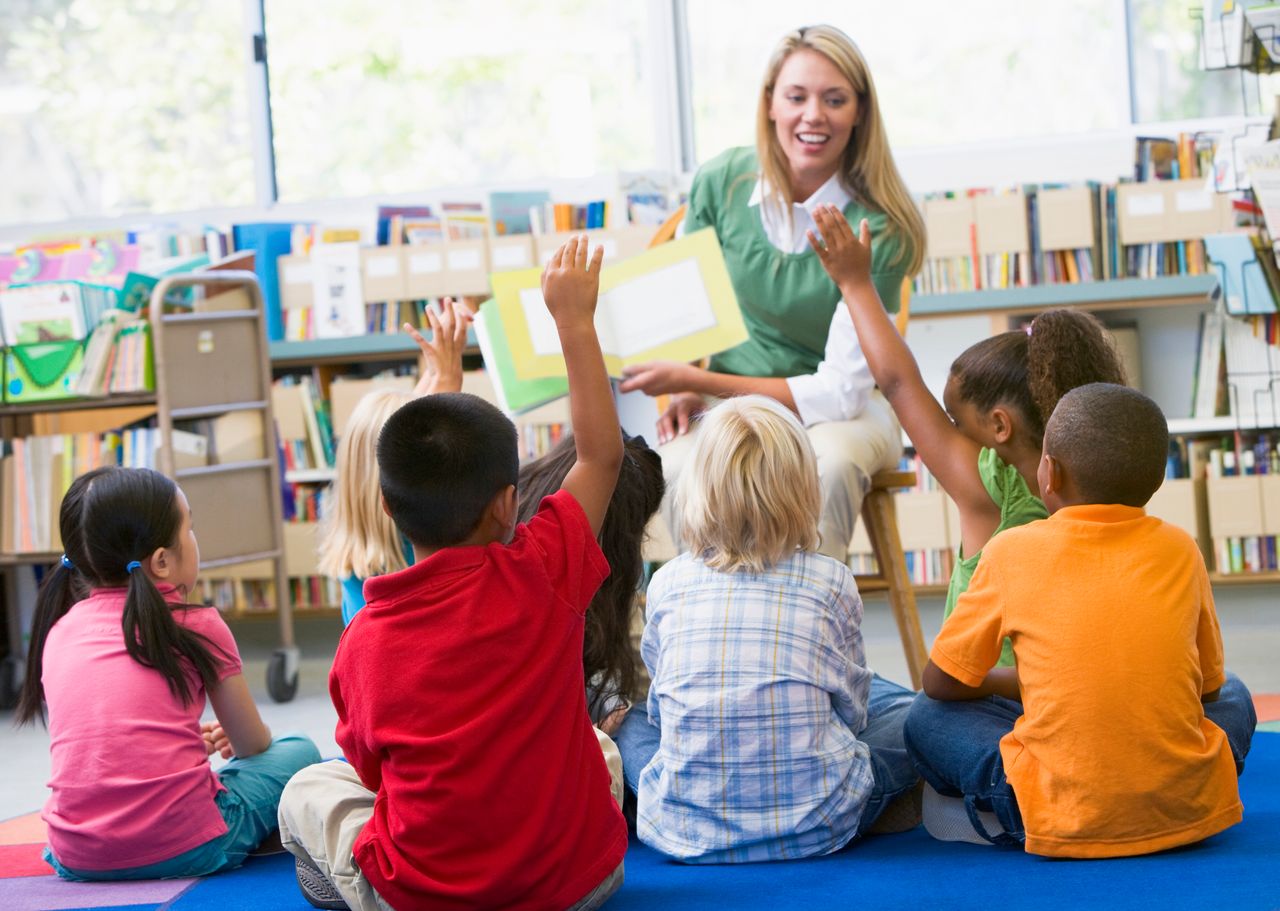 When making the argument that stocks are overvalued, one index often is trotted out — the cyclically adjusted price-to-earnings ratio popularized by Robert Shiller, the Yale professor and Nobel laureate. The index uses earnings over the last decade, rather than a single year, to provide a long-term perspective. July’s reading of 37.98 is more than double the average, and the highest since the dot-com bubble. 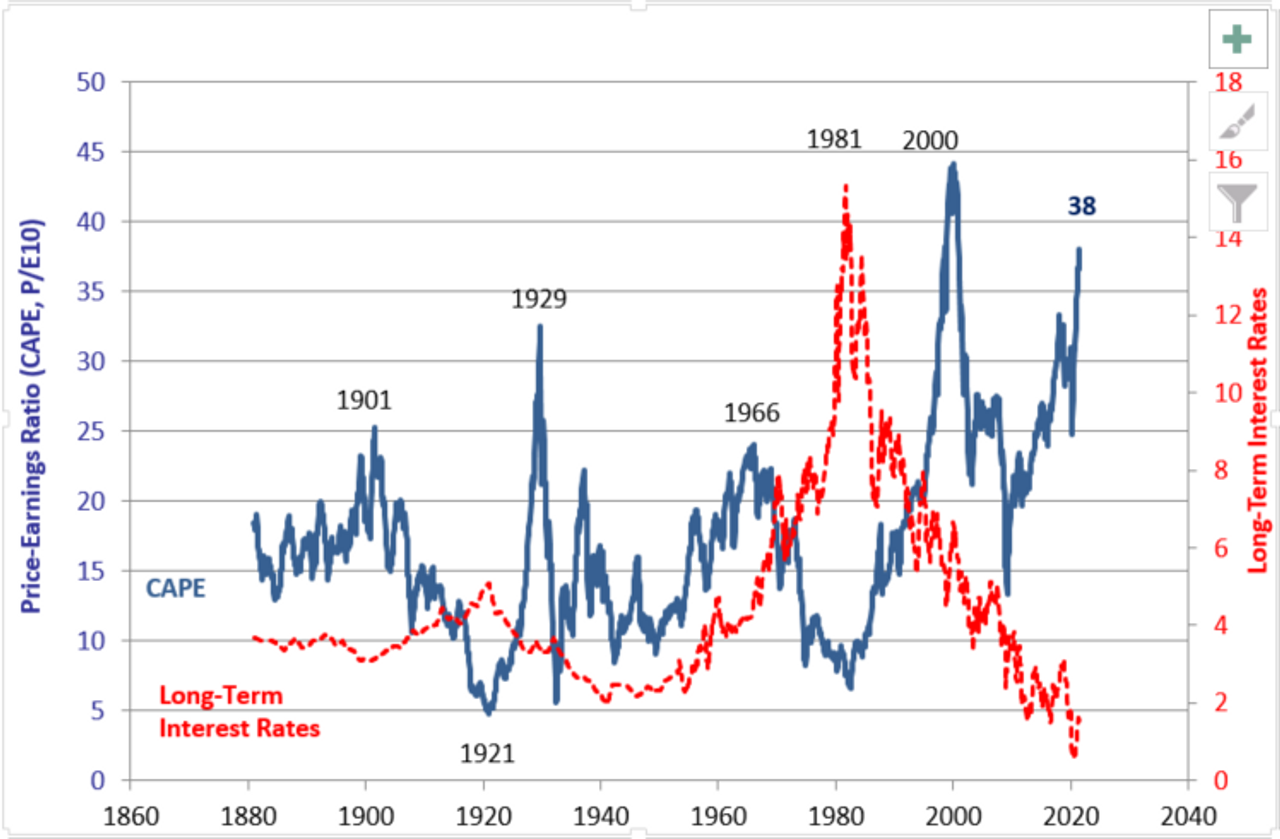 But Shiller himself has moved onto a different metric, called the excess CAPE yield, which considers both equity valuation and interest-rate levels. It’s defined as difference between the inverted CAPE ratio and the 10-year inflation-adjusted interest rate. 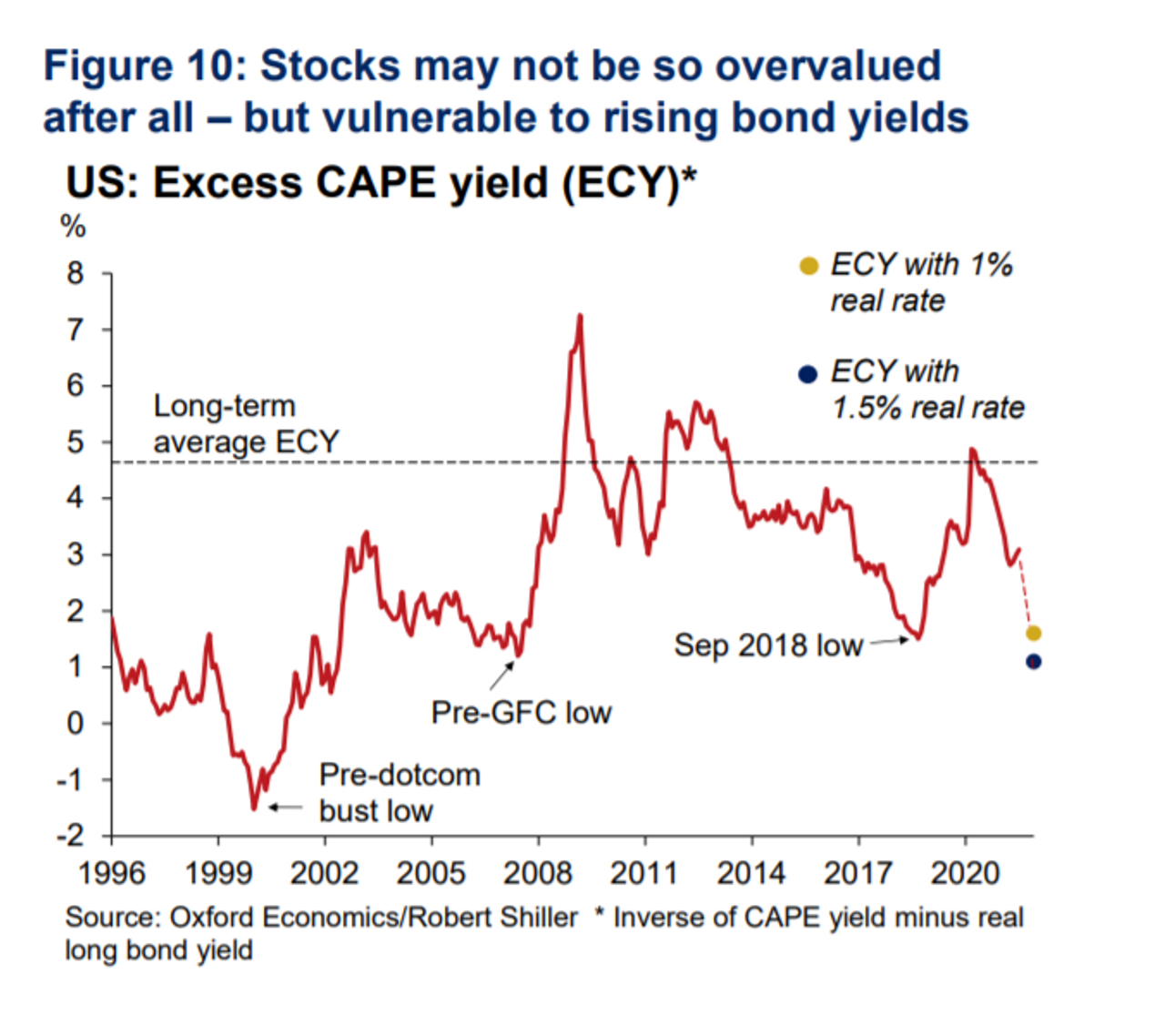 Slater says Oxford’s fair value models for government bonds suggest yields are expensive by anywhere from 20 to 100 basis points. He writes that there’s “a fundamental problem with the low rates argument –– that we may be comparing one overvalued asset class with another.”

Now much has been made about what could move yields higher, but hot inflation readings lasting for longer than the Federal Reserve expects would be the likely catalyst.

Put another way, if real rates rise to where they stood at the end of 2018, Shiller’s new valuation measure would move to 2007 territory — right before the global financial crisis. 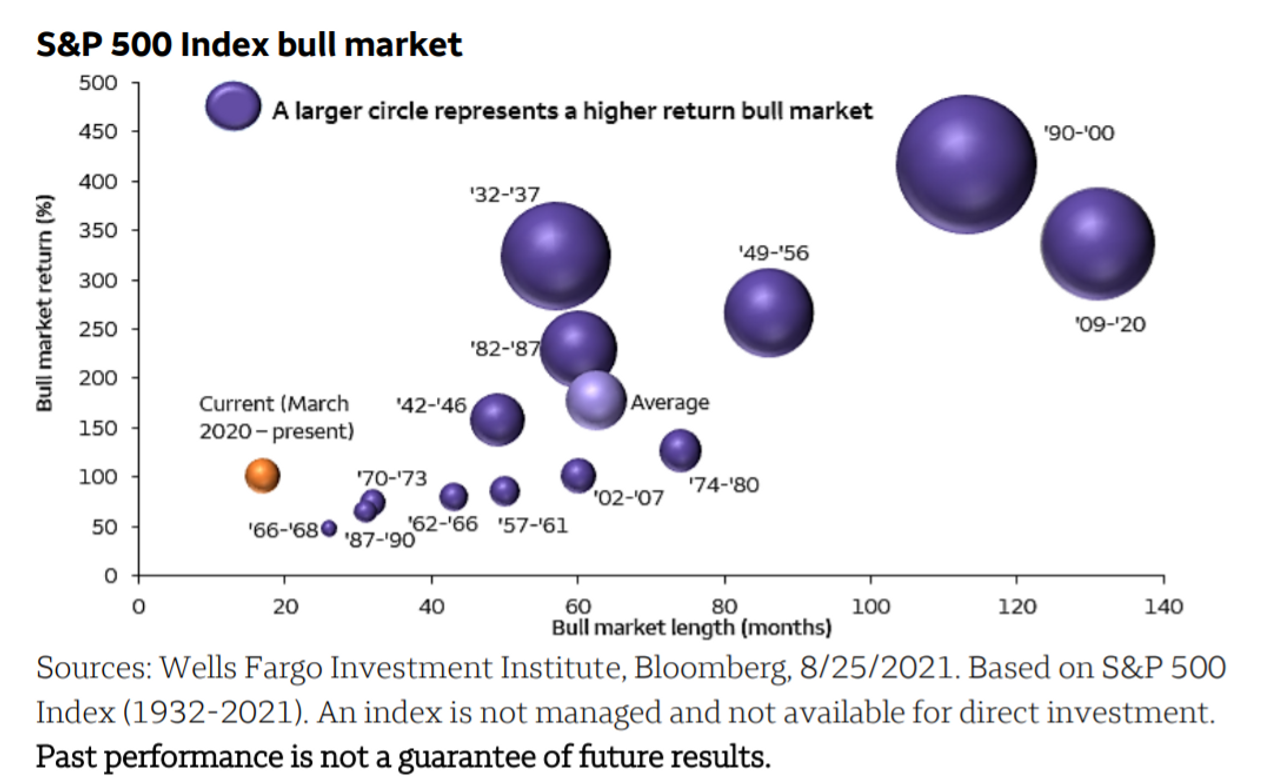 One topic that’s been doing the rounds is whether the current bull market is relatively young, or an extension of the one that began in 2009 and only ended when the coronavirus pandemic struck the west.

If you use the more traditional definitions, the current market is in its infancy, and its more than 100% returns are below the average 62-month bull that generates 178% average returns, according to an analysis from Wells Fargo Investment Institute. “Barring any unforeseen events such as a serious policy mistake, we believe these factors [strong economic and earnings growth and low interest rates] will support higher equity prices and sustain the bull market rally,” said Chris Haverland, global equity strategist.

The yield on the 10-year Treasury (BX:TMUBMUSD10Y)was 1.32%. Oil futures (CL.1) were steady as the OPEC+ grouping raised its demand forecast ahead of a meeting.

Another day, another TikTok cooking hack, this time involving pasta.

An Illinois woman was arrested for using a fake vaccination card to travel. One giveaway was her unfortunate spelling of a vaccine maker: “Maderna,” which was trending on Twitter.

Women finding mumbling attractive, according to a study.

Market On Close Imbalance: End of the month smallish imbalance at -849M to sell, Dquotes add