Need to Know: Stock picking in 2022? Goldman Sachs says these are the companies that should be on your radar.

18
SHARES
126
VIEWS
Share on FacebookShare on Twitter
Need to Know: Stock picking in 2022? Goldman Sachs says these are the companies that should be on your radar.

Stock picking in 2022? Goldman Sachs says these are the companies that should be on your radar. 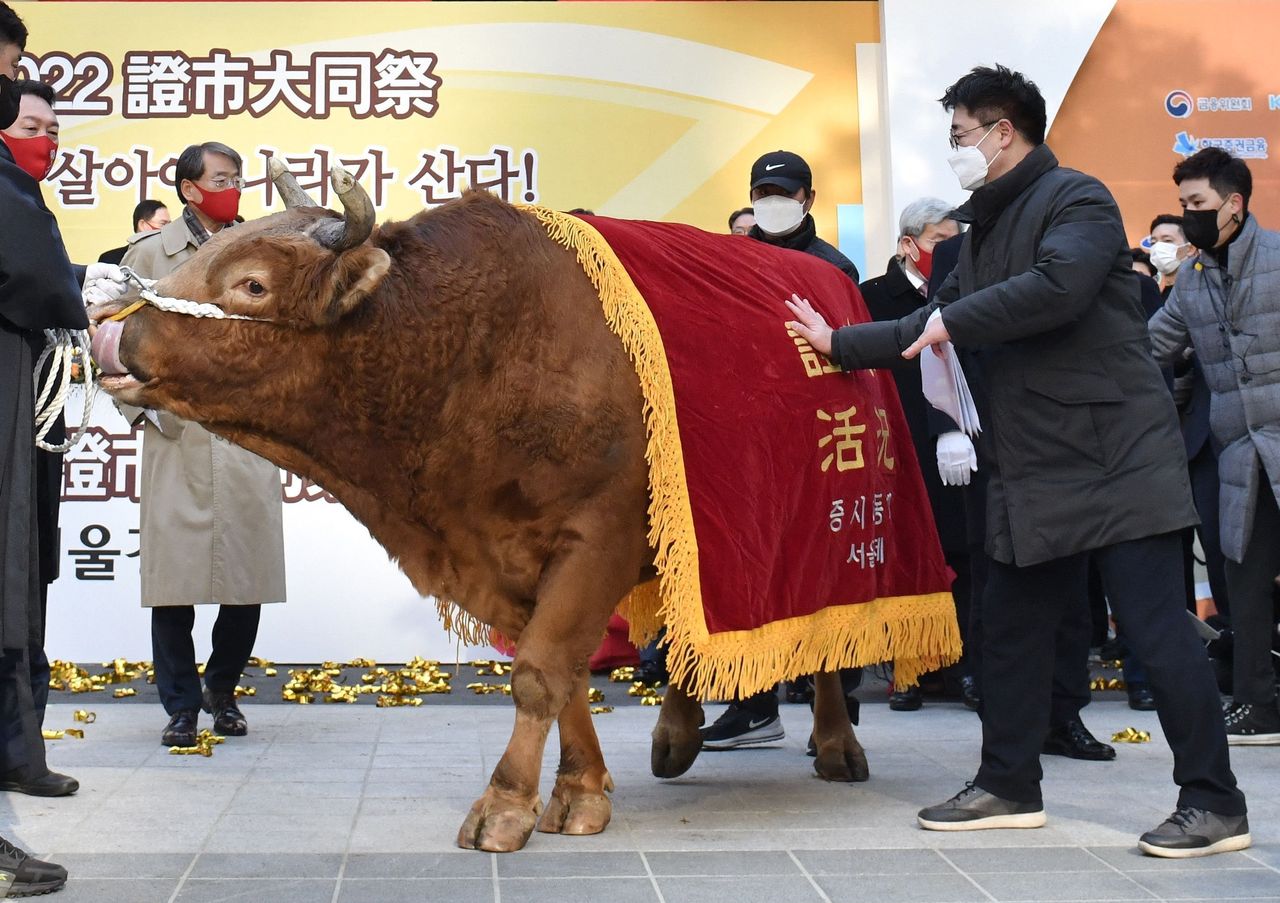 Starting as they mean to go on? On the first day of trading for 2022, stocks are looking decidedly upbeat.

That’s even amid signs some investors remain split down the middle after a dazzling 2021 that some say bodes well for the year ahead. 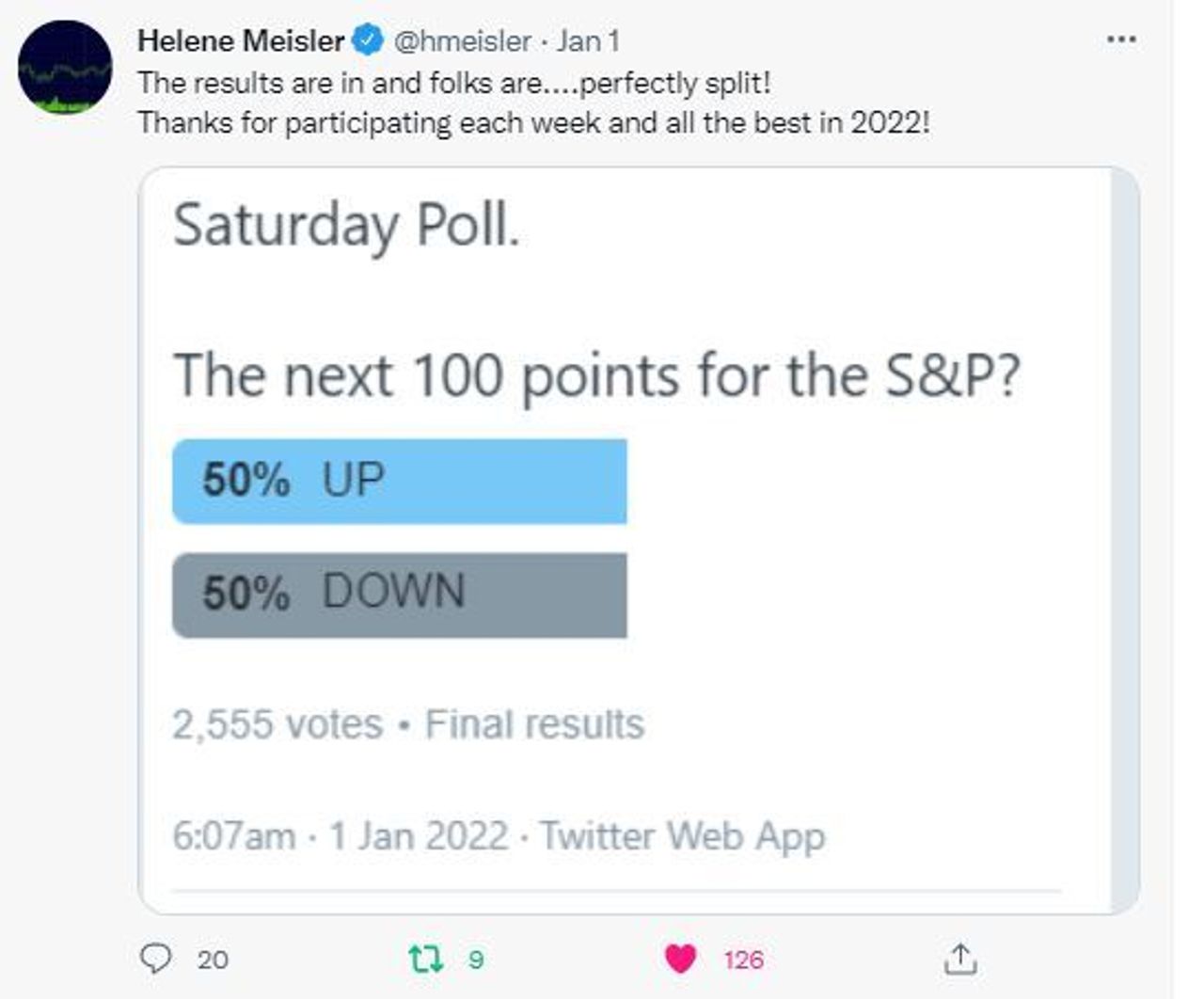 So here’s some investing advice for the new year straight off the bat from Goldman Sachs. “For 2022, investors should focus on stocks with high growth and high margins and avoid firms with high exposure to wage inflation,” said a team led by top U.S. equity strategist David Kostin. 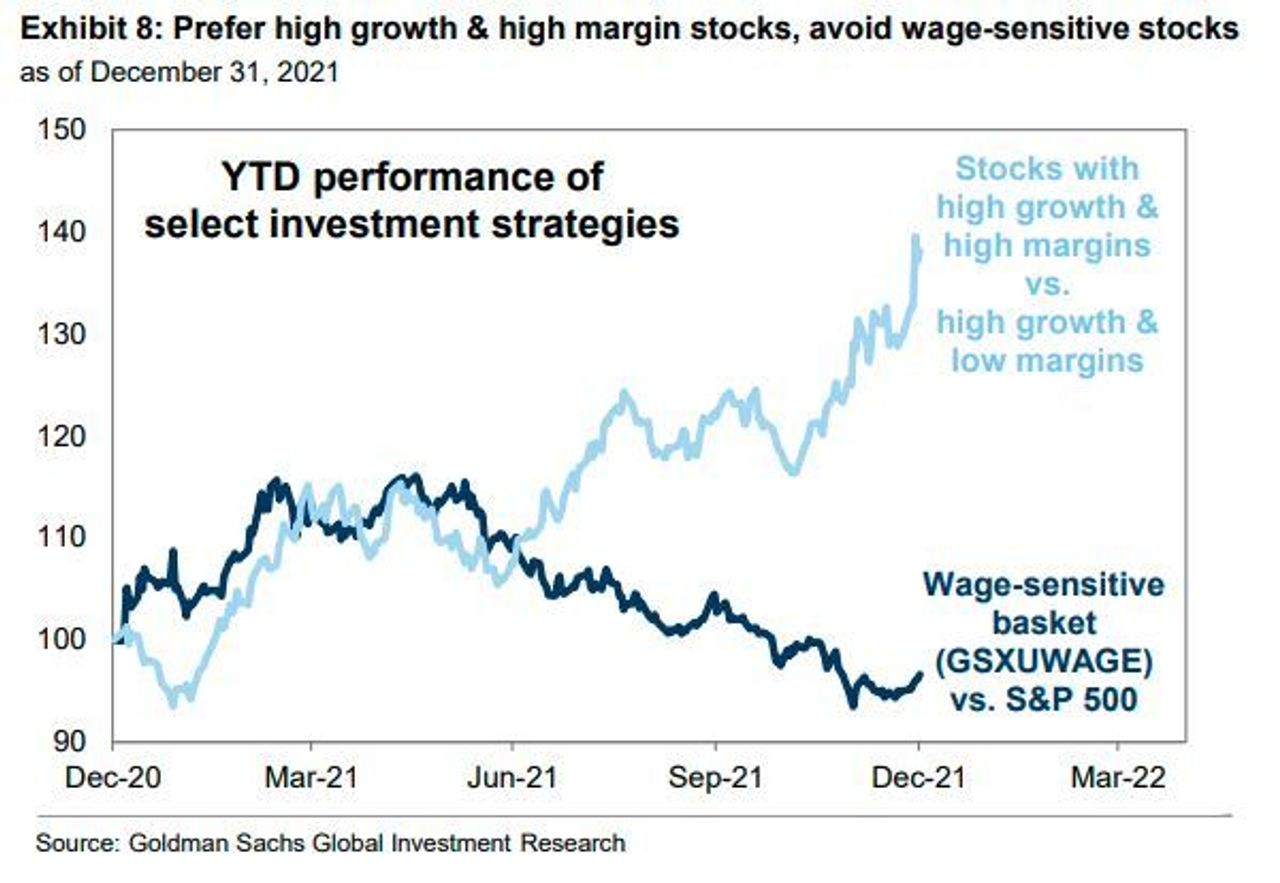 He points out that most active managers missed out on that “terrific” 2021 for equities. And while some may point to below-historical-average volatility and market breadth as reasons for those managers not finding diamonds last year, he argued there were still opportunities to be found.

“The dispersion of return measured as +/- one standard deviation around the average stock equaled 59 percentage points (0% to +59%), modestly below the long-term average, but still robust. Unfortunately, active fund managers were unable to capture the available alpha,” he said.

As Goldman Sachs explained, some environments work out better for stock pickers. “A micro-driven market means the share of the median stock’s return that is explained by company-specific factors is high. By contrast, in a macro-driven market the return structure for the typical stock is primarily explained by factors such as beta, sector, size, and valuation,” said the team.

For example, during the spring 2020 COVID-19 wave, the macro contribution to stock returns peaked at nearly 80%, leaving just 20% to company-specific reasons. Since then, returns have been driven less by macro factors, said Kostin. “Core mutual funds are slightly more likely to outperform during market environments that are more micro-driven than average,” he added.

And for 2022, variables linked to earnings and valuations should determine how S&P 500 companies fare, the strategist said. Goldman Sachs predicts the index will finish the year at 5,100, which is at the upper end of Wall Street’s forecasts.

“From an earnings perspective, decelerating economic growth will limit sales gainsfor many companies. Consequently, stock return dispersion will be most evidentwhen viewed through the margin channel. We forecast margin expansion of 40 bp to 12.6% in 2022 which explains our slightly above-consensus EPS [earnings per share] forecast. But rising input costs and labor inflation will pressure margins for some firms. Stocks with high labor cost ratios and exposure to wage inflation will likely underperform,” he said. 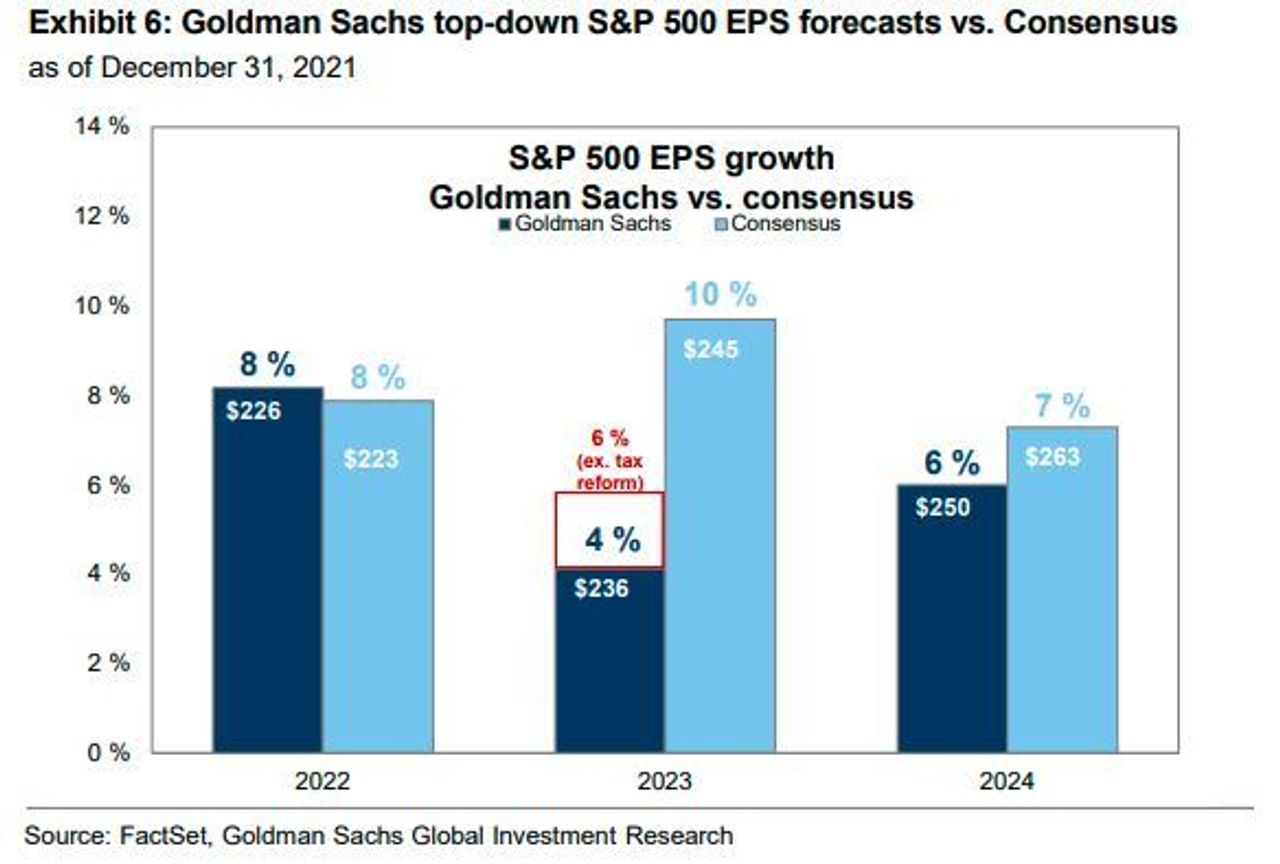 Tesla (TSLA) delivered more than 308,000 autos in the fourth quarter, and reported an 87% jump in deliveries for the year. The stock is up 7% in premarket trading.

Weather and COVID-induced staff shortages grounded 2,600 U.S. flights and more than 4,000 globally on Sunday. United (UAL) is offering pilots triple pay to pick up flights in January. Heavy snowfall is expected to shut down Washington, D.C. on
Monday as well.

Goldman Sachs (GS) is asking employees to work from home until mid January due to a surge of COVID-19 cases caused by the omicron coronavirus variant. JPMorgan (JPM), Bank of America (BAC) and Citigroup (C) have also asked employees who can to do the same.

Investors will get some data this week, which ends with December payrolls data.

Stock futures (ES00)(YM00)(NQ00) are pointing to a bullish start, after a mixed session from Asia, where several markets remained closed and some gains from Europe (XX:SXXP). Oil prices (CL00)(NQ00) are climbing ahead of Tuesday’s meeting of the Organization of the Petroleum Exporting Countries. The dollar (DXY) is softer and gold (GC00) is easing, but still near levels not seen since November.

Here are the top tickers on MarketWatch, as of 6 a.m. Eastern. 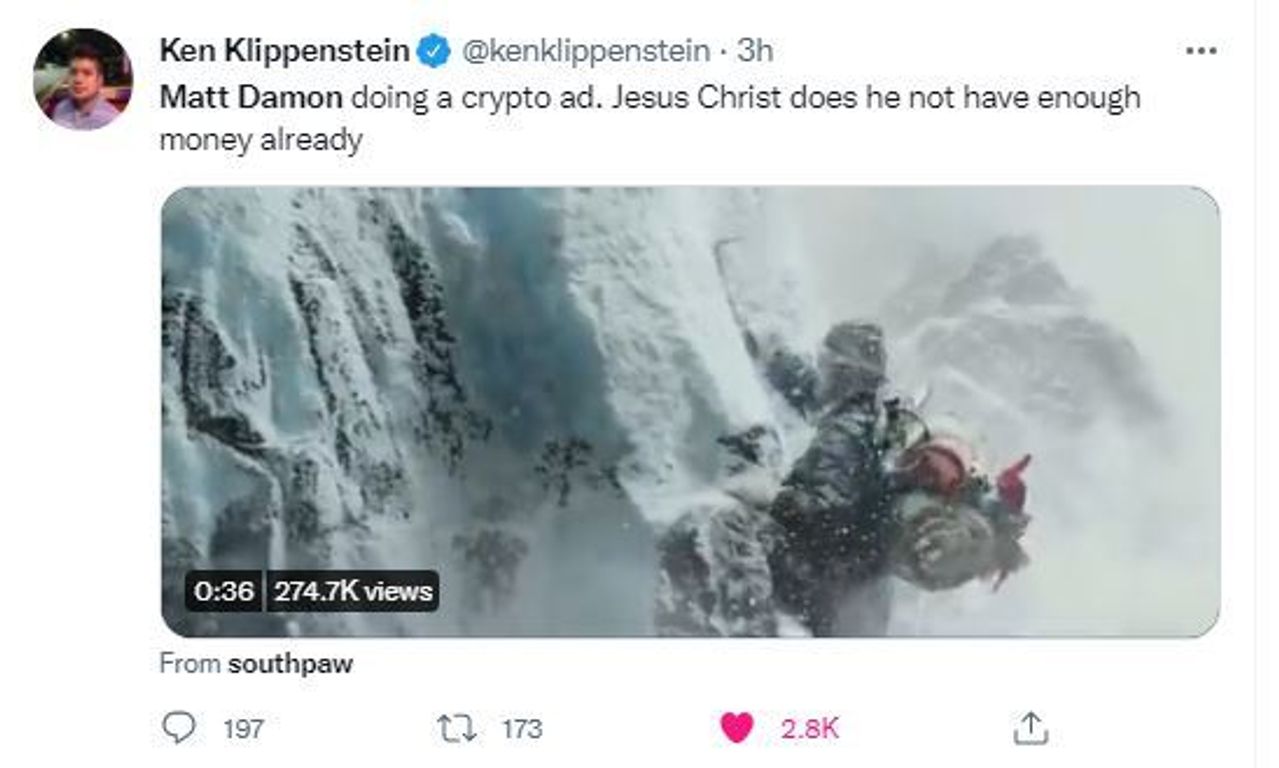 A meteor may have exploded over Pittsburgh.

One-year old gets thumbs-up from the U.K.’s Queen Elizabeth II over copycat look.

Weekend reads: Your money and how to invest in 2022