Need to Know: Stocks aren’t in a bubble, but here’s what is, according to fund manager Cathie Wood

14
SHARES
100
VIEWS
Share on FacebookShare on Twitter
Need to Know: Stocks aren’t in a bubble, but here’s what is, according to fund manager Cathie Wood

Stocks aren’t in a bubble, but here’s what is, according to fund manager Cathie Wood 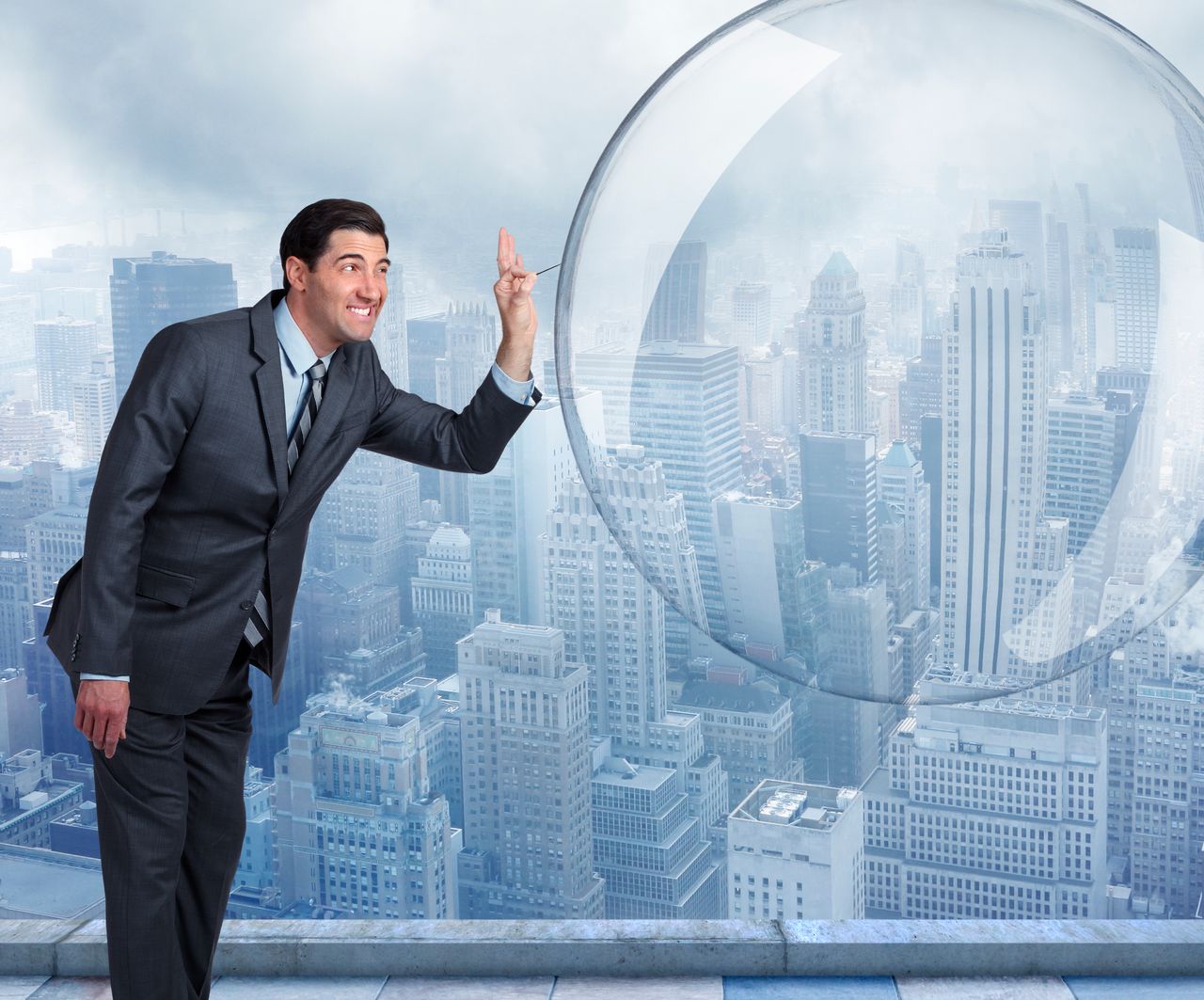 For all the attention given to the argument that the stock market is in a bubble, it is important to point out that not everyone shares that view.

Few fund managers have been more successful than Cathie Wood, the chief executive of ARK Invest and fund manager of the ARK Innovation ETF ARKK and ARK Genomic Revolution ETF ARKG, which according to FactSet have drawn in more inflows than any other actively managed stock exchange-traded fund over the last 12 months. In a monthly webinar, Wood made the argument against stocks being in a bubble. 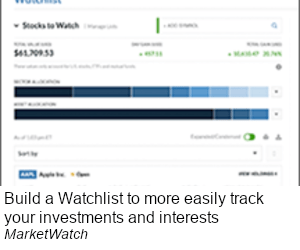 Since 2018, there have been outflows of roughly $300 billion from equities, excluding share repurchases by companies. But there have been inflows of $1 trillion into bonds, she said. “If there is a bubble anywhere, it is not in the equity market, it is in the fixed-income market,” she said.

Also see:
Is the stock market due for a correction in 2021? Here’s what some experts think

Private equity is feeding this bubble, she said. “It’s amazing to me to watch private equity, with mature [companies], will continue to leverage them up so they can enjoy the private equity distribution,” she said. Private-equity owners are sustaining high-multiple cash flows by not investing in the future. “That’s become problematic for these companies, and their high cash-flow margins will disappear over time.”

The phenomenon of call-buying “moonshots” that videogames retailer GameStop GME and AMC Entertainment AMC equities have enjoyed also has fed into the bond bubble, she said. AMC bonds trading at 5 cents on the dollar have shot up to 80 cents because the movie-theater chain was able to issue equity. “Who’s going to be left holding the bag if AMC goes bankrupt? I don’t think one equity offering is going to change their circumstances,” she said.

She also took a swipe at passive investing. “This move toward passive investing we’ve seen over the last 20 years…that now is a setup for disappointing returns,” Wood said. While acknowledging passive funds were inexpensive, she said they were “cheap for a reason,” a phrase often associated with arguments against value stocks. At least have a hedge by investing in innovation, Wood said.

In the equities market, there is a bifurcation between those companies on the leading edge of innovation and investing, versus those companies that haven’t. She gave electric-vehicle maker Tesla TSLA, payment-services firm Square SQ, and streaming digital player maker Roku ROKU as examples of evolving platform companies that will be winner-take-most. “We think these companies will grow into their valuations, much like Amazon has been doing.”

The economics calendar includes the release of consumer prices for January, and at 2 p.m. Eastern, a speech from Federal Reserve Chair Jerome Powell on the labor market.

Other earnings on deck include General Motors GM, which has benefited from investor interest in electric vehicles.

Former quarterback Colin Kaepernick is the latest to create a special purpose-acquisition company, seeking to raise up to $287.5 million in an initial public offering.

U.S. stock futures ES00NQ00 pointed higher, after the S&P 500 SPX ended a quiet Tuesday at its second-highest level ever. 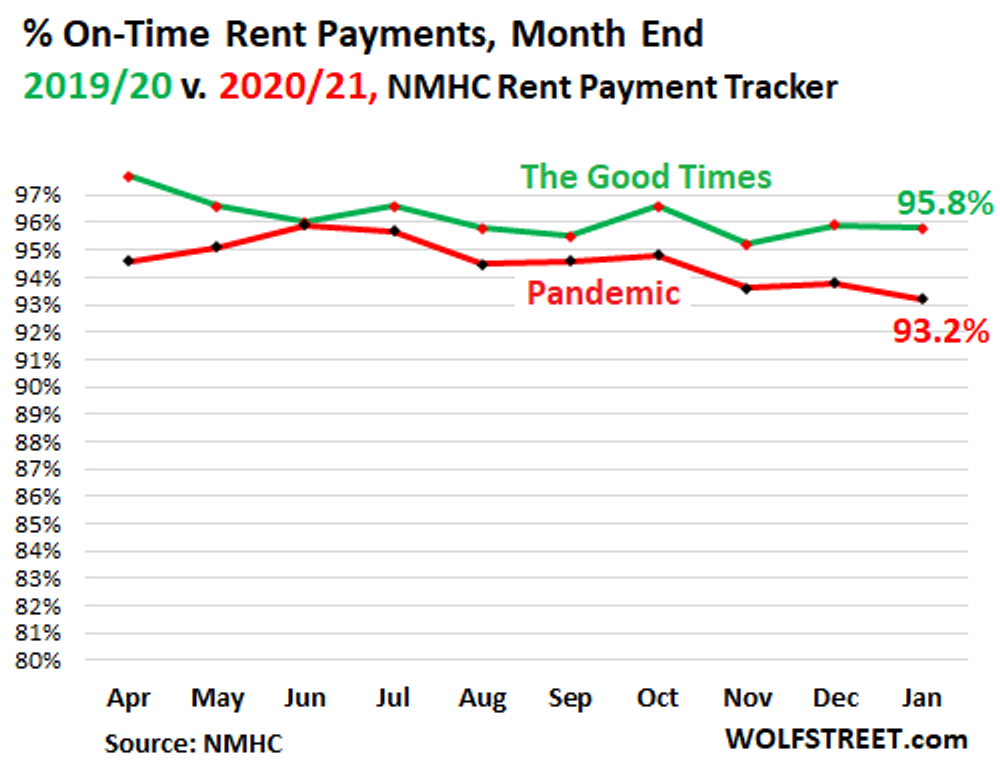 Drawing on data from the National Multifamily Housing Council, here is the proportion of late rent payments, with the chart showing it hasn’t dropped too much during the COVID-19 pandemic. But the data set doesn’t cover subsidized and affordable apartments, and other low-end units. “More of these tenants might experience greater difficulties in making rental payments,” says Wolf Richter of the Wolf Street blog.

“Stop moaning” — the advice given by one executive to his 1,500 stay-at-home workers. He later apologized.

Gorilla Glue isn’t a hair spray, it turns out.

House prices may be high, but sharks seem to be moving toward San Francisco.

Want more for the day ahead? Sign up for The Barron’s Daily, a morning briefing for investors, including exclusive commentary from Barron’s and MarketWatch