The S&P 500 has to hold this line in the sand or risk a terrifying plunge, says strategist 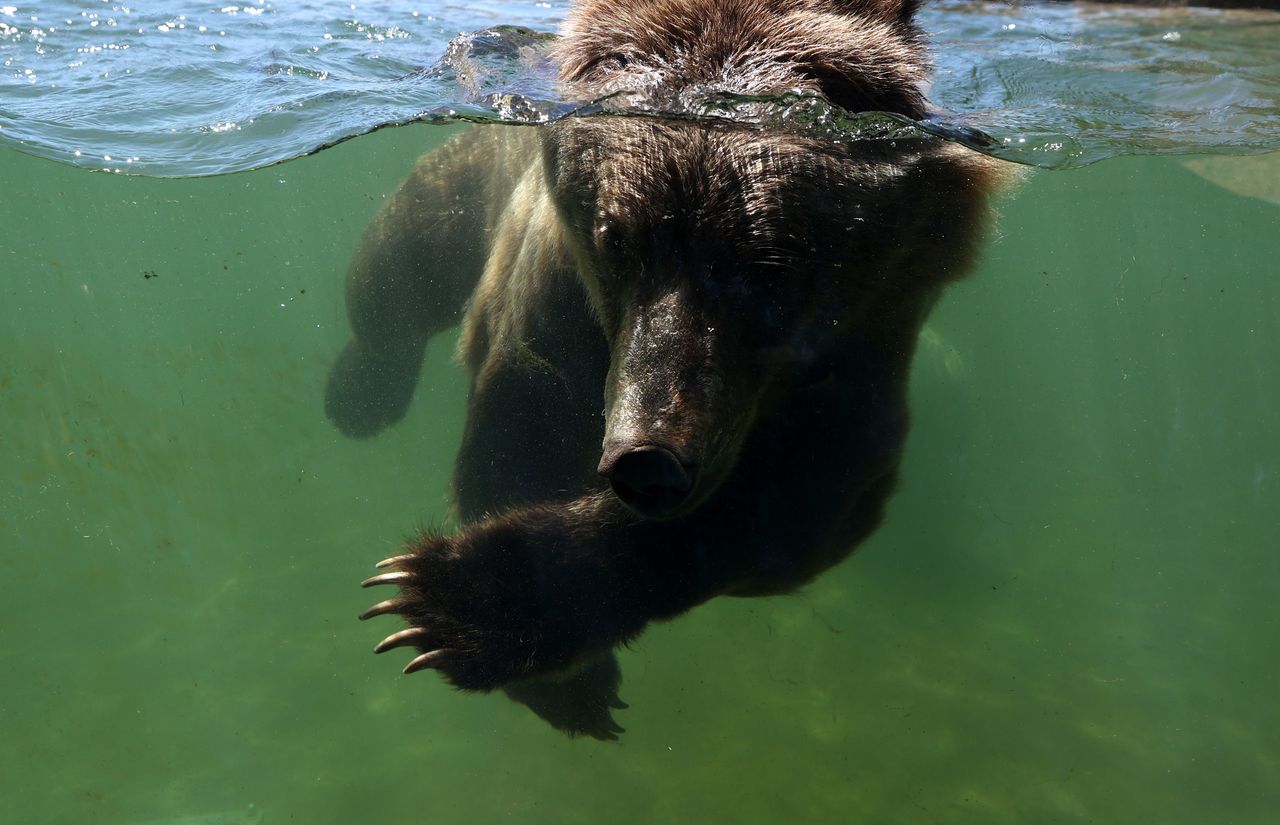 Who woke up bond yields? The yield on the 10-year Treasury note is hovering at 1.41% on the heels of a massive move up, and that’s indeed a jump from the 1.33% seen Wednesday.

Many fingers are pointing in the direction of global central banks — we heard from plenty this week and notably the Federal Reserve. Rising bond yields can often mean trouble for tech stocks, and we may be seeing some of that this morning as Nasdaq-100 futures lead a shift into the red for stock futures.

Equities are coming off a pretty decent two-day rally as we make our way through the dreaded autumn period for stocks, and losses for major indexes stand at 1% plus for September. It probably doesn’t help that we have additional China worries lurking as we wait to hear more on the Evergrande saga.

Our call of the day has a line in the sand for investors to watch. It comes from Matt Maley, chief market strategist at Miller Tabak + Co., who said a big move either way on the S&P 500 (SPX) is hinging on one key level.

In a note to clients, Maley discusses how the S&P 500 broke through its key 50-daily moving average (DMA) support level last week, but then regained it on Thursday. That DMA has been providing “excellent support” for the stock market throughout this year, he notes. 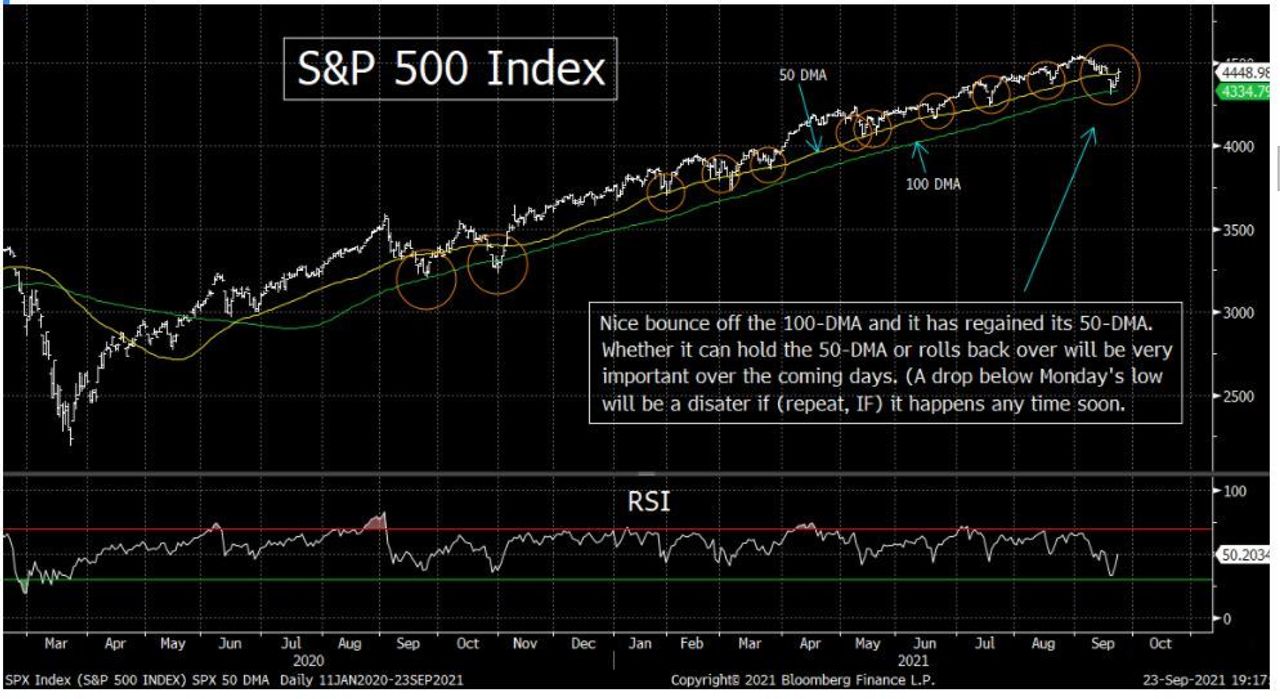 Markets saw similar action in March, when the S&P 500 fell below that 50-DMA for a brief period, then regained and continued to rise over the next few weeks and months, he said.  “This is obviously a bullish development, but we want to make sure that it holds above that 50-DMA into next week. If it does, it will be quite bullish,” wrote Maley.

But watch out if the index rolls over and falls back below that key level.

Should that happen, Maley said he’ll be “back to watching the 100-DMA like a hawk. Any meaningful break below that 100-DMA and its lows from Monday would scare the hell out of people. Therefore, that kind of move over the next few weeks would be very bearish,” he said.

Here’s another take that says the S&P 500 has some room to run higher:

Read:
Since 1983, here’s the tipping point where bonds spell trouble for stocks

Ever waiting on Evergrande

Still no word on whether China Evergrande (HK:3333) made a $83.5 million interest payment on dollar bonds that was due Thursday. Bondholders reportedly don’t have their money yet. The company has 30 days before it could trigger a default.

Federal Reserve Chair Jerome Powell is expected to give opening remarks at Fed Listens event “Perspectives on the pandemic recovery” at 10 a.m. Eastern. August new home sales are due at the same time.

Advisers to the Centers for Disease Control and Prevention recommended boosters of Pfizer’s (PFE) COVID-19 vaccine for millions of older or vulnerable Americans.

Shares of Nike (NKE) are tumbling, after the sneaker maker’s quarterly sales fell short of Wall Street expectations and it said wages and overhead expenses weighed on revenue.

Costco (COST) shares are up, as the retailer topped $60 billion in net sales in a single quarter for the first time, hit $5 billion in annual profit, and grew at its fastest pace in more than 20 years.

Apple (AAPL) is pushing back at European Union legislation calling for a universal mobile device charger, saying it would be anti-innovation and increase waste.

Stock futures (ES00)(YM00)(NQ00) are lower as the yield on the 10-year Treasury (BX:TMUBMUSD10Y) stays above 1.40% after the biggest jump in months on Thursday. European stocks (XX:SXXP) are falling and Asia was mixed with a 1.3% drop for the Hang Seng (HK:HSI) and a 2% jump for the Nikkei 225. Bitcoin (BTCUSD) is under pressure after the People’s
Bank of China said cryptocurrency transactions were illegal.

Going viral: A secret New York subway door and its glamorous past.