25
SHARES
178
VIEWS
Share on FacebookShare on Twitter
Need to Know: These five signals will tell you when the Wall Street correction is over, says veteran strategist

These five signals will tell you when the Wall Street correction is over, says veteran strategist 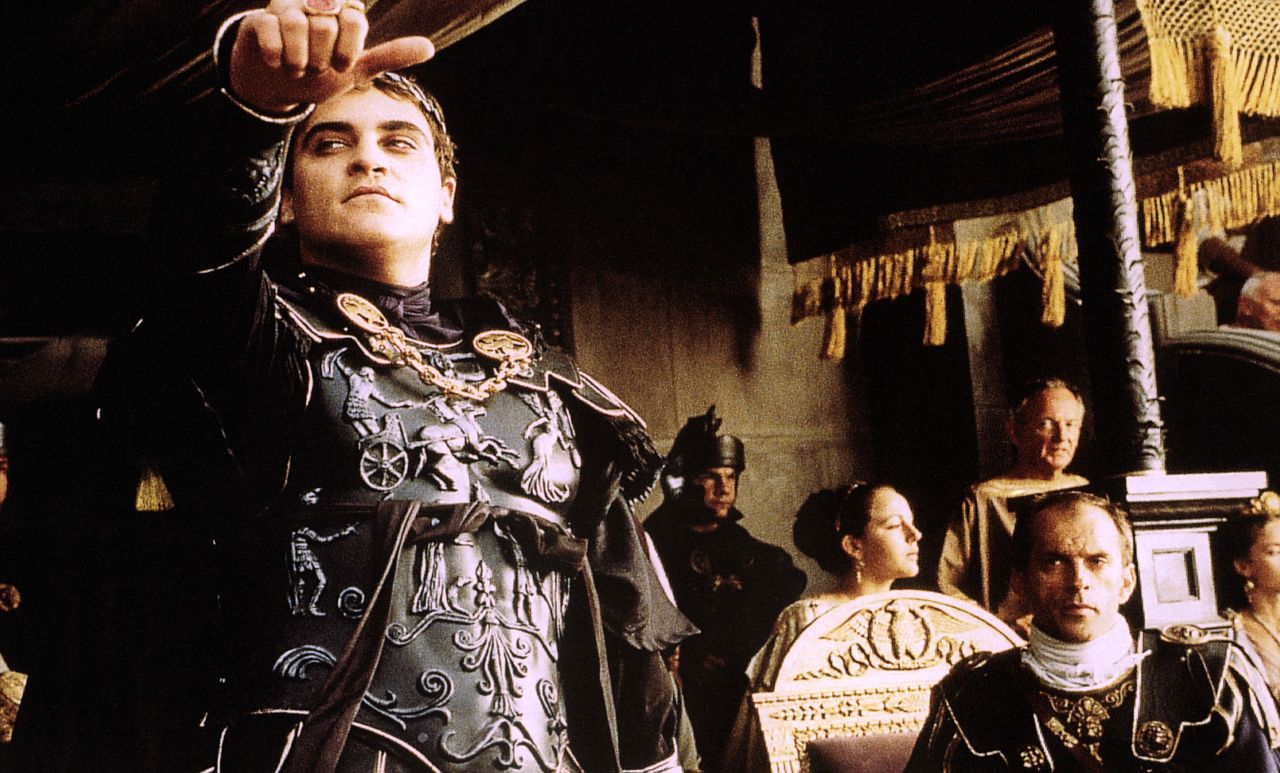 Market volatility looks set to stick around, with stock futures dropping after a wild Wall Street session that harked back to 2008, as the S&P 500 (SPX) and Nasdaq (COMP) dug out of deep losses to close higher. 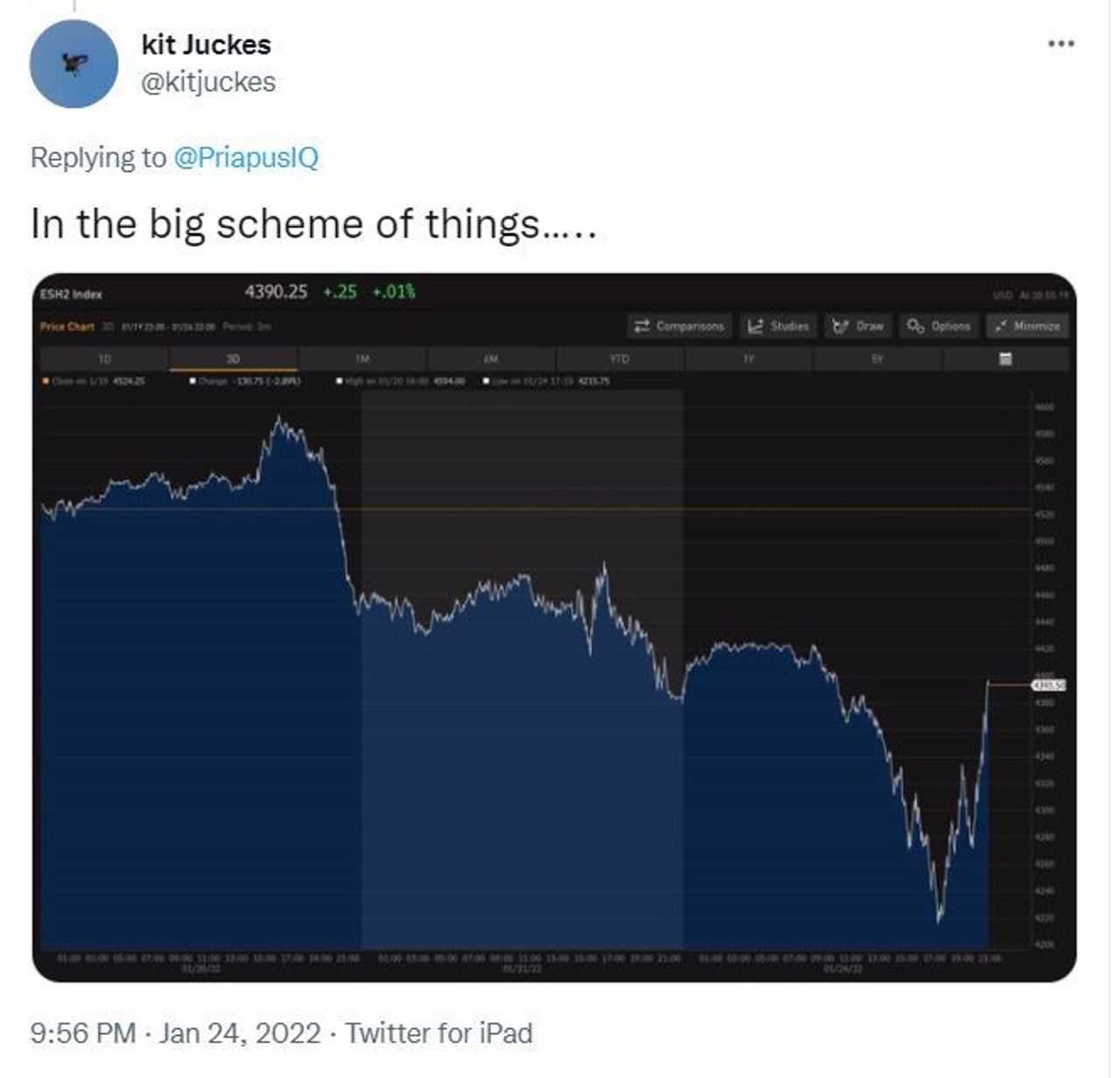 “At one point yesterday it felt like we were in a full-blown crisis let alone a recession,” noted Deutsche Bank strategist Jim Reid and his team. As JPMorgan reports, some individual investors threw in the towel on Monday, and ahead of a huge newsy week.

And don’t forget the brewing geopolitical troubles between the West and Russia over Ukraine.

With few expecting any move from the Federal Reserve this week, investors could face “six weeks of investor limbo as they await the policy tightening cycle to commence,” said O’Rourke. Still, by late Thursday, they may at least have more Fed and earnings clarity.

Our call of the day comes from a team of strategists led by Barry Bannister at Stifel. The strategists are calling Monday’s late rally a “head fake,” saying investors need five things to happen for stocks to bottom (they don’t see this happening before late first quarter 2022) and the bull market to resume, and none of them look viable right now.

One. A more dovish Fed, which would likely lower the 10-year Treasury Inflation-Protected Security real yield that has been pressuring growth stock price/earnings ratios. That’s unlikely before the markets get the first rate increase, says Stifel. 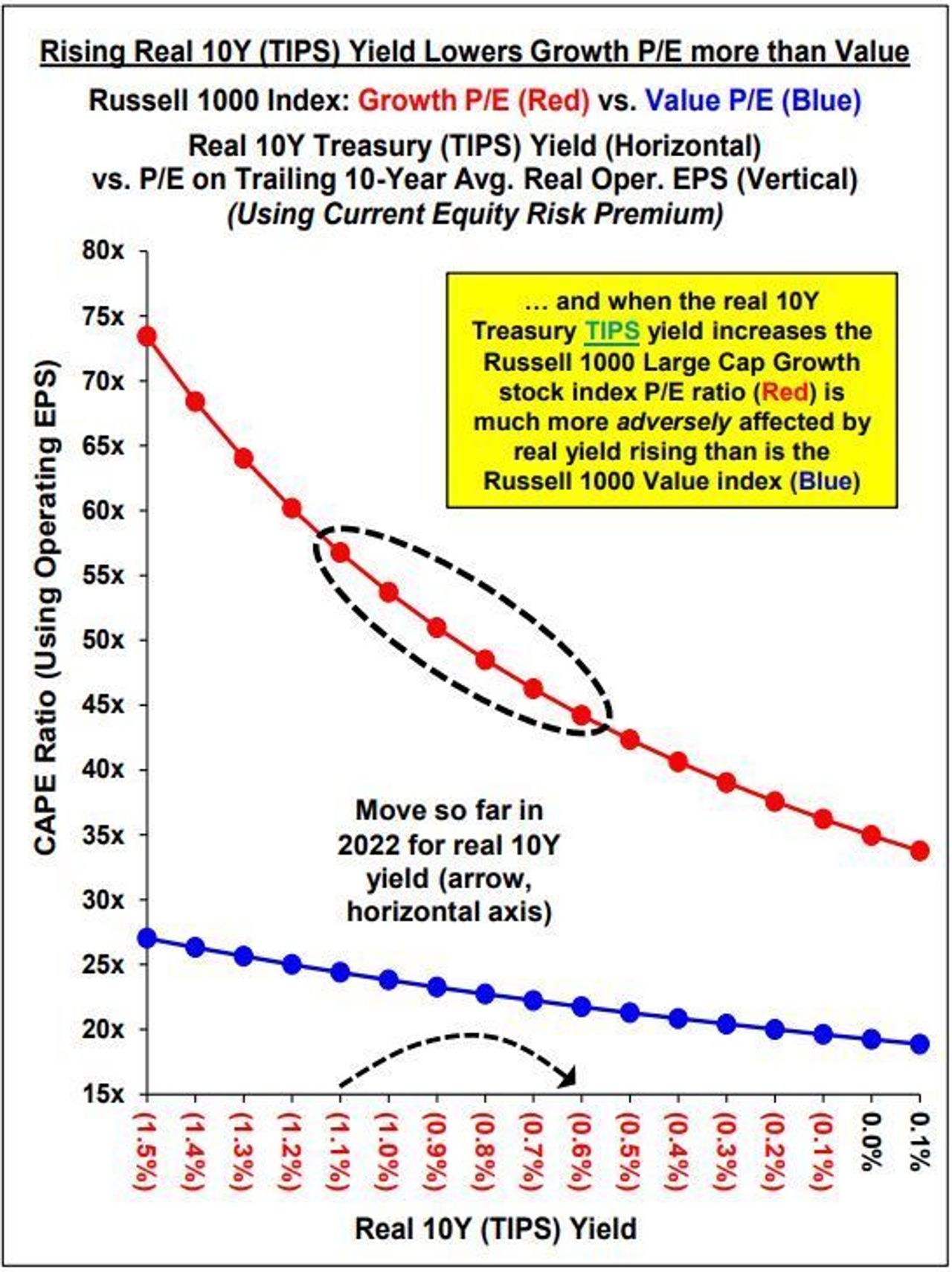 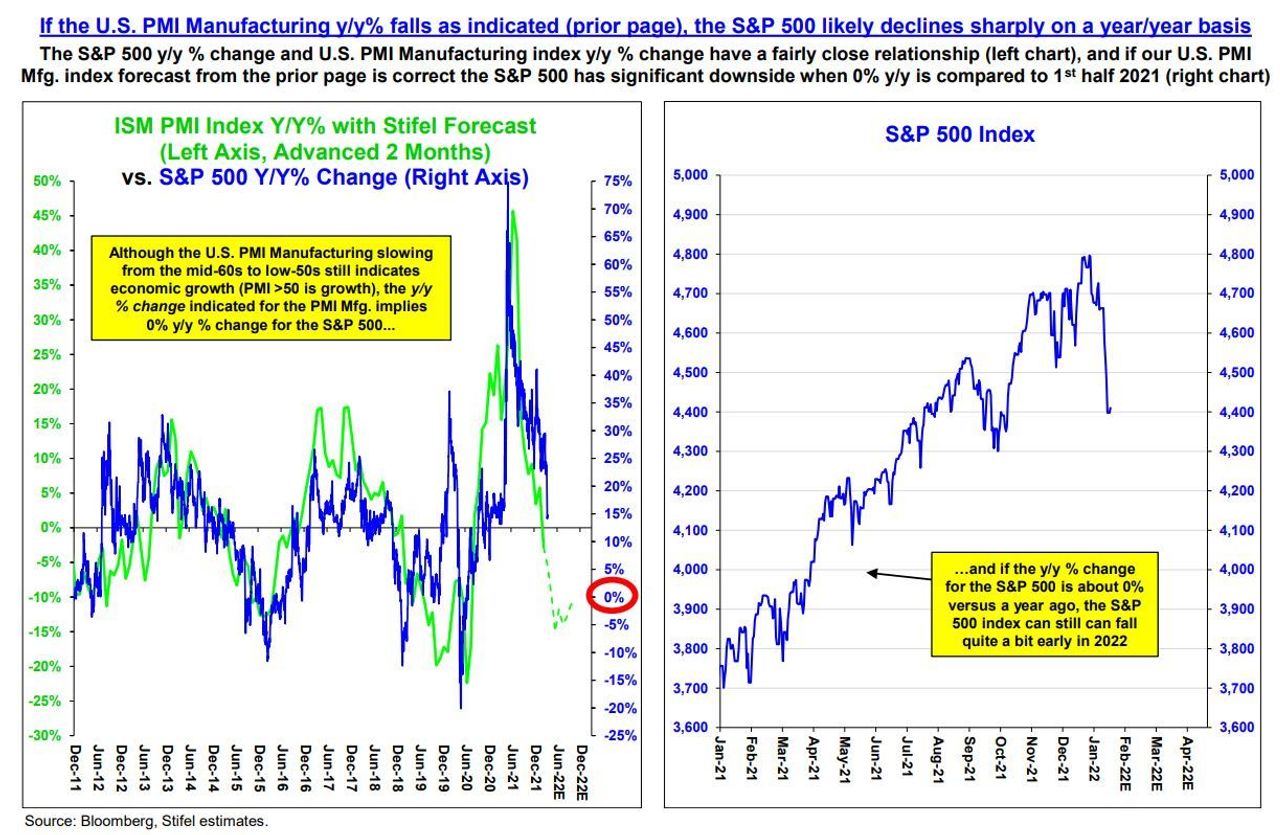 Three. Global M2 money supply — that’s money held by the public — must bottom, and again this is unlikely until China’s currency weakens.

Four. S&P 500 quarterly EPS “beats” minus “misses,” which have weakened since the second half of 2021 and have been pressuring stocks, need to calm down.

“When EPS beats minus misses are under pressure, in this case falling below the long-term trend (blue line), investors in the S&P 500 must learn to live with diminished policy support while also being subject to a lessening of the year/year change in S&P 500 price,” says Bannister and the team. 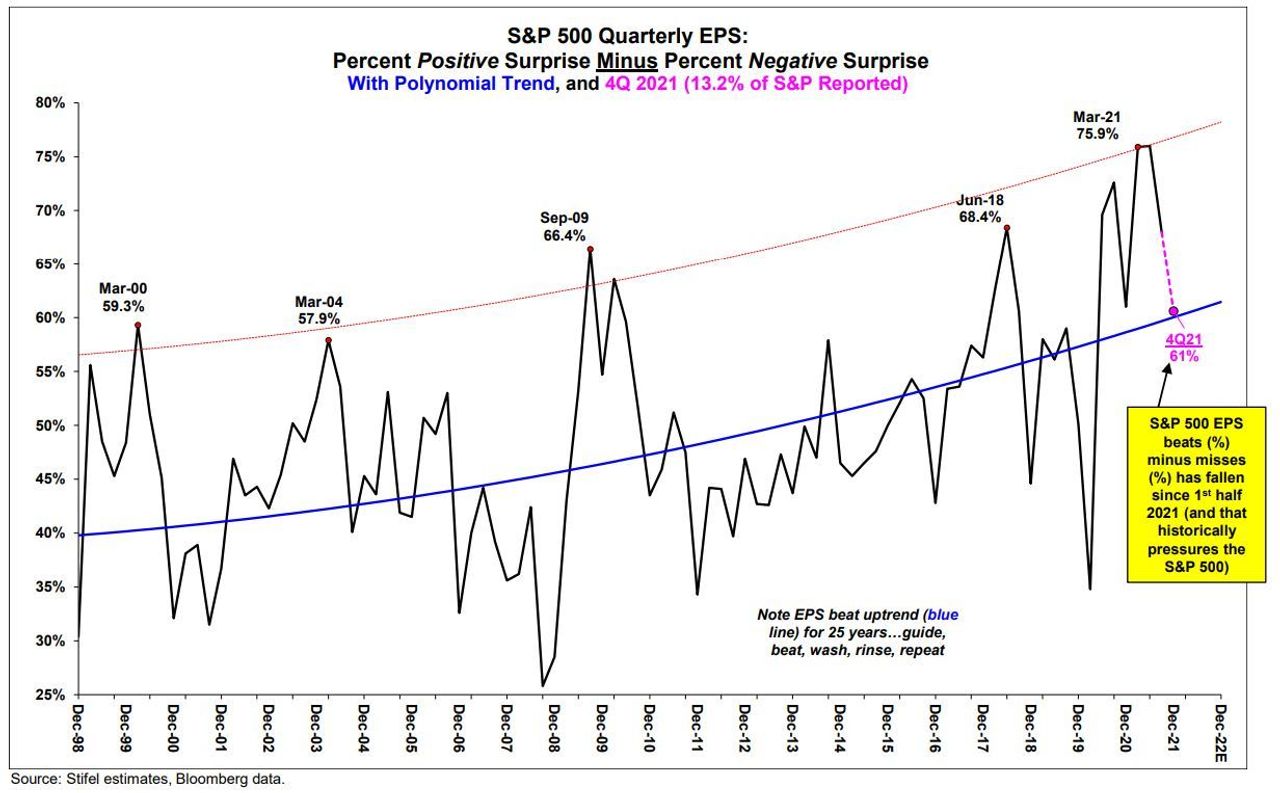 Five. That geopolitical mess to the East must be settled without hurting U.S. consumers.

“Ukraine events will matter: the West retaliating against a major global energy producer like Russia over possible Ukraine events may lead to a sharp decline in U.S. after-tax income after deducting household food & energy costs,” as shown in the below chart, says Bannister and the team.

And when that happens, the Senate and U.S. House of Representatives are usually lost for the party in power,” they add. 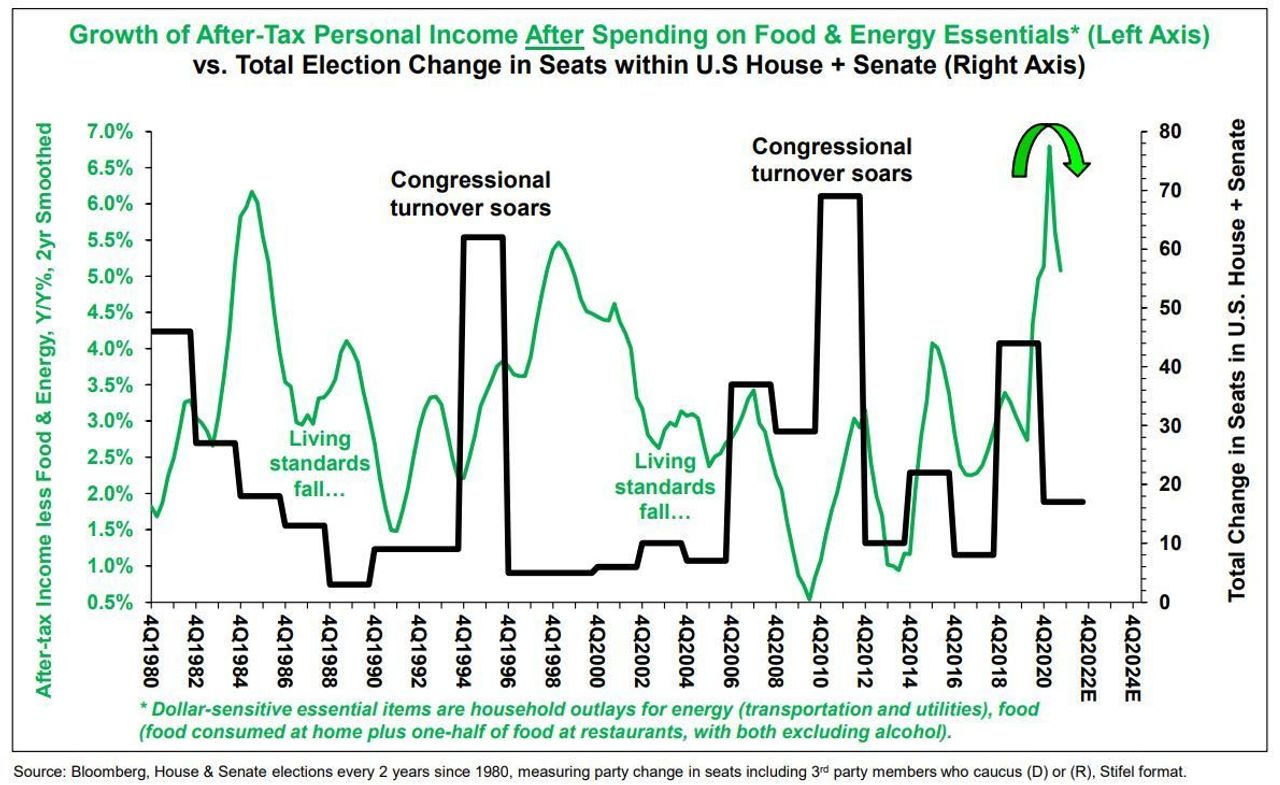 Russia has designs on eastern Ukraine only, and has the “nondollar reserves, power over EU energy flows, popular support in Russia and firepower to accomplish their goal of a USSR-style buffer zone separating them from the West,” adds Bannister.

Note, while Stifel have admitted it messed up with a summer 2021 correction call, in December it forecast the S&P 500 would hit 4,200 by the first quarter, recommending investors take shelter in defensives and clear out of cyclicals. It also warned that the Fed losing its nerve on rate increases could lead to “the third bubble in 100 years.” You can read that here, and it includes a list of stock recommendations.

IBM stock (IBM) surged more than 6% late Monday on upbeat results, only to give it all back after Big Blue executives refused to give earnings guidance. Swedish telecom giant Ericsson (ERIC)(SE:ERIC.A)(SE:ERIC.B) posted forecast-beating fourth-quarter net profit.

The Pentagon has put 8,500 U.S.-based troops on heightened alert for possible deployment to Europe in case of a Russian invasion of Ukraine. The ruble (USDRUB) continues to slide.

Canadian rocker icon Neil Young wants his music off Spotify(SPOT), because of COVID-19 vaccine disinformation being spread on the platform from podcaster Joe Rogan, in particular.

Apart from the kickoff of the Fed meeting, we’ll get November house prices from S&P Case-Shiller and the Federal Housing Finance Agency, following by a consumer confidence index for January. 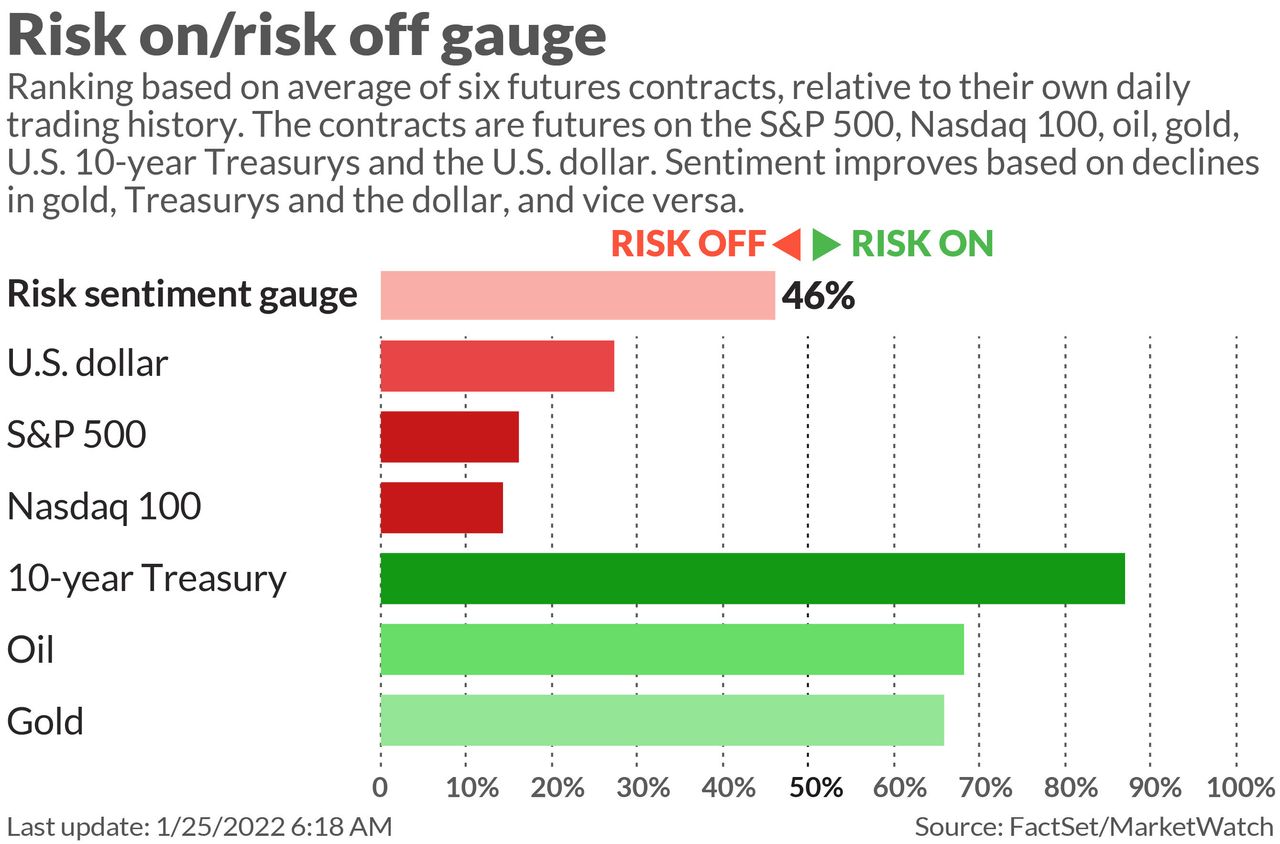 Stock futures (ES00)(YM00)(NQ00) are slumping, with Wall Street volatility dragging Asian markets south (JP:NIK)(HK:HSI), though European stocks (XX:SXXP) are moving higher. The yield on the 10-year Treasury note is up 3 basis points to 1.758%, while oil (CL00) and the dollar (DXY) are also up.

Here’s a look at the VIX, known as Wall Street’s fear gauge, and its “curve,” from financial blogger James Eagle (h/t @PriapusIQ): 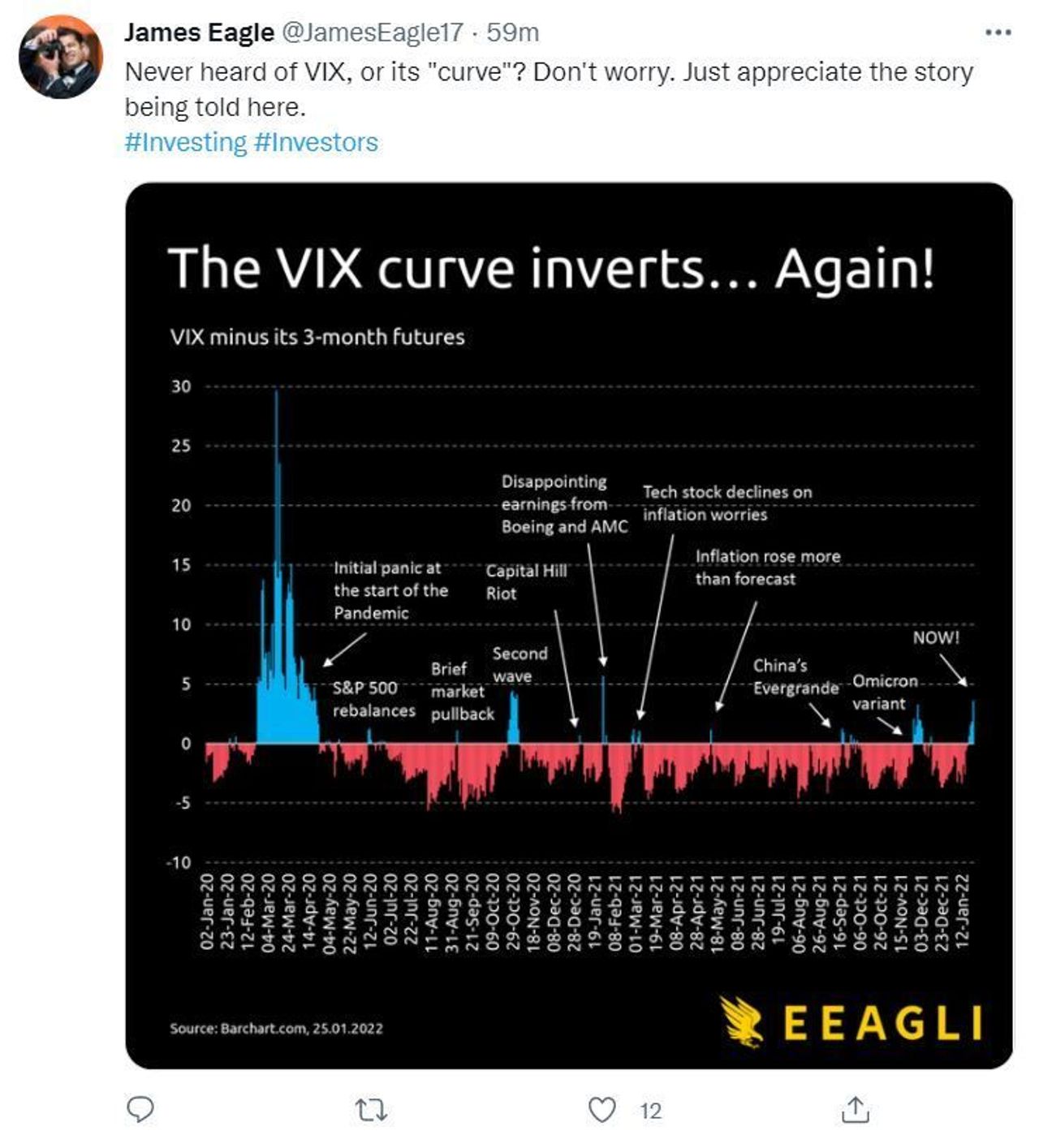 Read:
Wall Street’s ‘fear gauge’ is on track for its sharpest rise to start a year ever as stocks tumble on inflation, Fed worries

These are the most active stock tickers on MarketWatch as of 6 a.m. Eastern.

The “monster-looking fish that chased Nemo around” is at a Los Angeles museum.