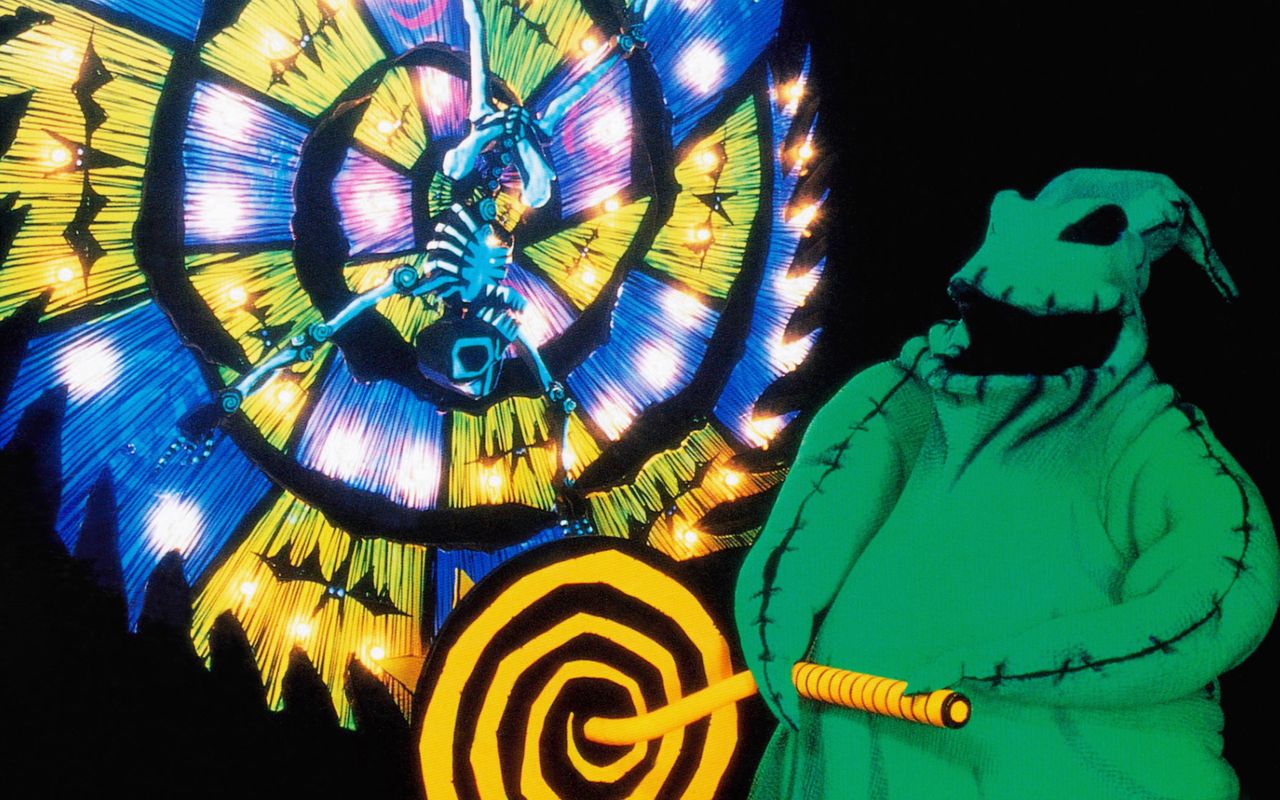 President Donald Trump has slammed the $900 billion stimulus bill and made a veiled threat not to sign it in what ‘Twas the “Nightmare before Christmas”. But so far, markets look ready to shake this off on Wednesday.

Investors may be toughened up by a week that has brought fresh jitters on the COVID-19 front, while the long holiday weekend beckons. But they really do need to take stock of rising risks, says our call of the day from a team at Jefferies led by their global equity strategist Sean Darby.

“In an almost exact replay of the end of last year, our risk indicators have begun to flash euphoria with sentiment just a tad too bullish,” Darby told clients in a note on Wednesday. “Aside from a crowded short position on the dollar, there are a few other catalysts for a correction in share prices.”

Such as company earnings that continue to be revised higher, negative real interest rates and “perky” inflation expectations. Another big one is the Georgia State runoff elections in January that will decide which party control the Senate, he said.

As for those “euphoria” signals, he points to Investors Intelligence surveys that have shown a persistently high level of bulls — above 60% for four weeks. Above that level can indicate excessive bullishness.

Also, there are the most number of S&P 500 SPX stocks trading above their 200-day moving average (dma) since 2013, a sharp move higher in Jefferies own sentiment index, and year-to-day highs for their global risk appetite index.

“Moreover, the spread between inflows into risky and safe assets has been in positive territory for one of the longest periods since 2017,” said Darby.

But hey, maybe it’s nothing.

Stock futures YM00ES00NQ00 are moving higher, while European stocks XX:SXXP have also pushed north. Asian markets were largely positive across the board. The pressure remains on oil, which is under pressure amid reports of rising crude
supplies.

Read:
When are markets open over Christmas and New Year’s?

A preholiday data dump is coming, with weekly and continuing jobless claims, durable goods orders, and personal income and consumer spending. There is also new home sales and a consumer sentiment index all ahead.

President Trump tweeted his demand for change to the $900 billion stimulus bill, hinting he might not sign it. He wants the “ridiculously low” payments to Americans to rise from $600 to $2,000, and what he described as wasteful spending cut from the legislation.

The U.S. government is nearing a deal for tens of millions of extra COVID-19 vaccine doses from Pfizer PFE and BioNTech BNTX.

Tesla chief executive Elon Musk claims in the company’s “darkest days,” he sought a buyout from Apple chief executive Tim Cook but couldn’t even get a meeting. That’s amid reports Apple AAPL is planning a rival electric car of its own.

France will allow thousands of U.K. trucks, stranded over fears of a possibly more contagious virus mutation, to enter the country, easing fears of holiday food shortages. Drivers need proof of a negative virus test, with the same rules for other U.K. travelers. Truckers and police have been clashing amid delays over the huge backlog:

The pandemic year that was. Michael O’Rourke, chief market strategist at JonesTrading, rounded up big data points and asset changes that we’ve seen in a year. 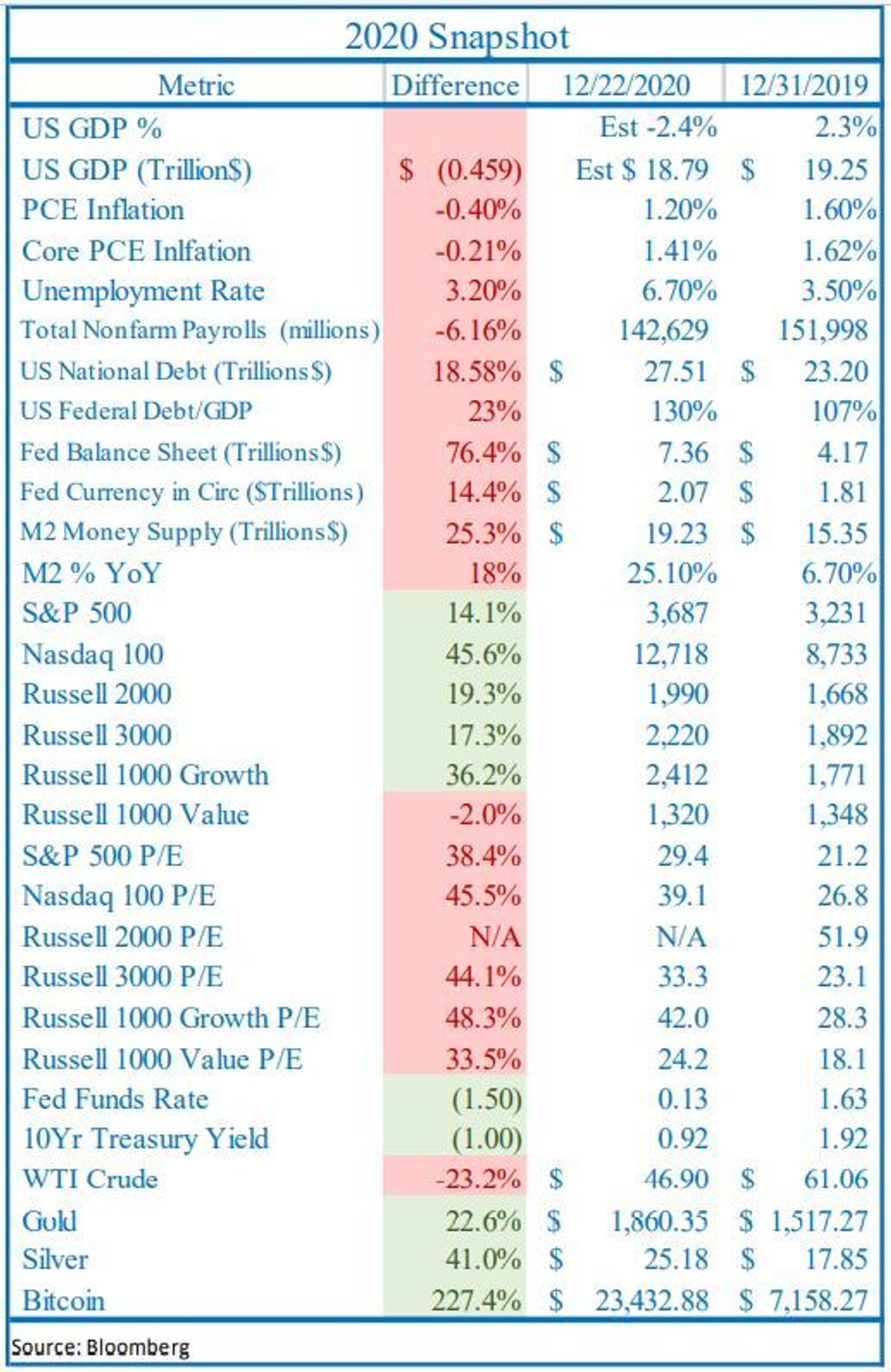 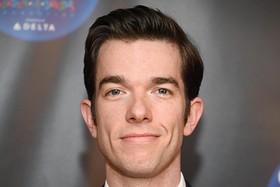 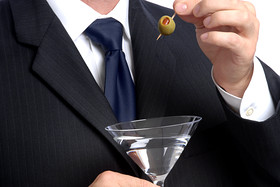 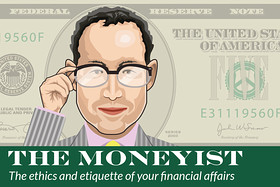