Need to Know: This global portfolio from Citi has been built to withstand another big rout in equities

14
SHARES
102
VIEWS
Share on FacebookShare on Twitter
Need to Know: This global portfolio from Citi has been built to withstand another big rout in equities 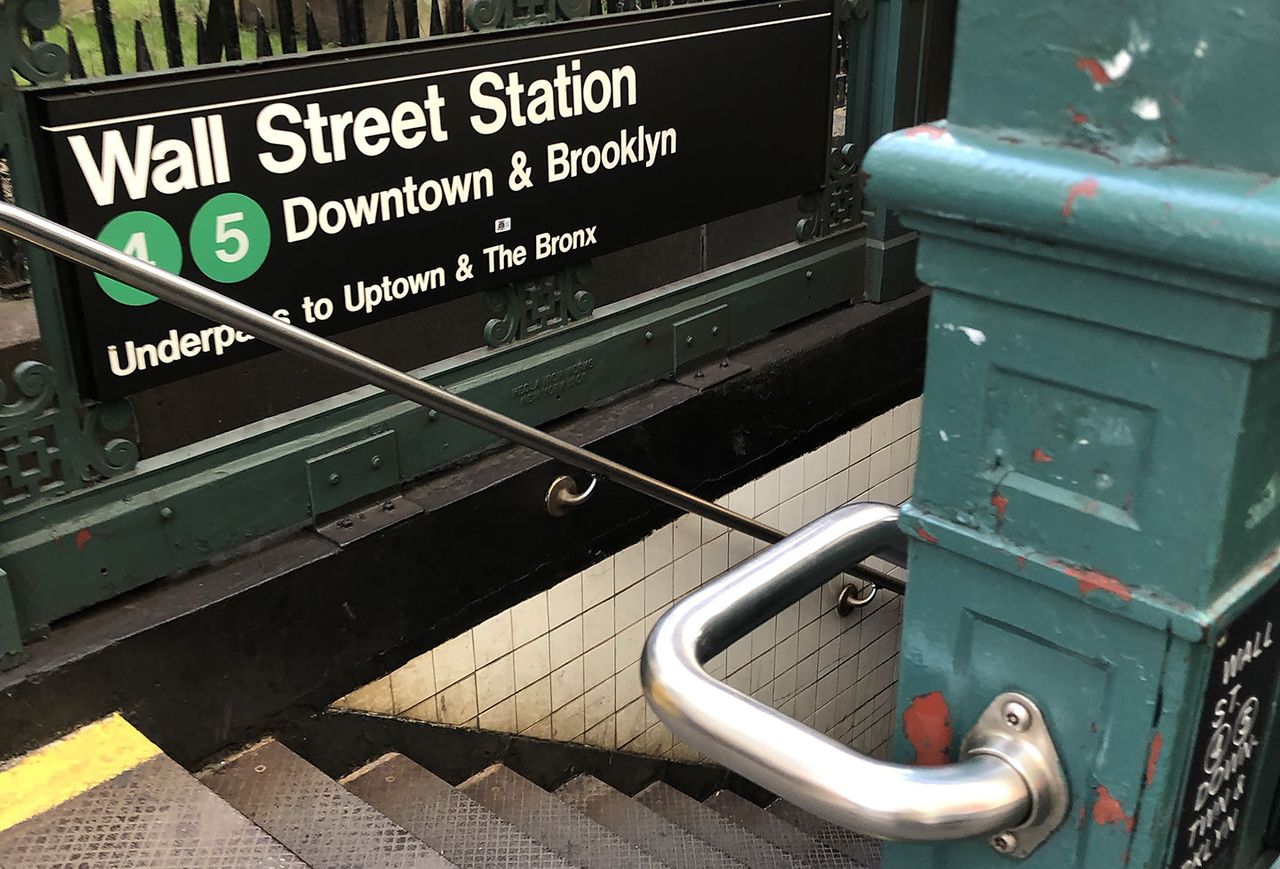 Stocks are set for another fall ahead of more inflation data, following an unpleasant CPI surprise that took a fresh bite out of markets. The tech sector was hardest hit, with Apple (AAPL) losing 5% and surrendering its world’s biggest company crown to Saudi Aramco.

Big techs “need to recover to lead the market,” said Markets.com’s chief analyst Neil Wilson, who sees bulls putting up a fight if the S&P 500 (SPX) drops to 3,800. That’s “when things start to look very oversold…risk is the slow grind lower of the bear market, the exact momentum we saw in the bull market but in reverse.”

Our call of the day comes from Citigroup strategists, who offered a global equity portfolio to hedge against another equity downturn.

“It is long Value and short Growth. It favors the UK and EM over the US and Continental Europe. It prefers cheap Financials and commodity stocks to more expensive Tech-related trades,” said a team led by chief global equity strategist Robet Buckland.

The macro equity portfolio “minimizes exposure to a further real-yield driven derating across global equity markets, shorting trades where valuations are most sensitive to U.S. 10-year TIPS yields, and long those that are least sensitive,” the team said. The portfolio is wary of growth sectors, notably in the U.S.

As the team explained, the global equity market still isn’t that cheap vs. history.

They note the MSCI AC World benchmark (ACWI) is off 17% year to date, trading on its long-term median of 15 times 12-month forward price/earnings — down from last year’s 20 times peak. Dropping to a 10-times multiple seen during the 2011-12 eurozone crisis would imply another ~33% derating, they said.

The MSCI AC World Growth index, meanwhile, is off 25%, while energy and U.K. health care are the only sectors bucking a “developing bear market,” said the strategists.

The relationship with real yields and equity valuations is key to determining more equity weakness, Citi reminded us.

“Monetary easing in 2019-2020 helped to drive down real yields and rerate equities. Monetary tightening in 2022 is driving up real yields and derating equities,” they wrote, adding that valuations for more rate-sensitive growth stocks probably have further to fall.

How much? The MSCI AC World Growth index hit a PE of 29 times towards the end of 2021 and now trades on 22 times, consistent with the current real yield of +0.3%.

Should that real yield head back down to -0.5%, the derating of growth stocks should reverse, but Citi’s global strategist Matt King saw real yields at risk of heading to 1%, which is bearish for equities and thinks stocks remain vulnerable even if 10-year TIPs stop climbing.

As for how this de-rating strategy has performed so far in 2022, here’s a chart: 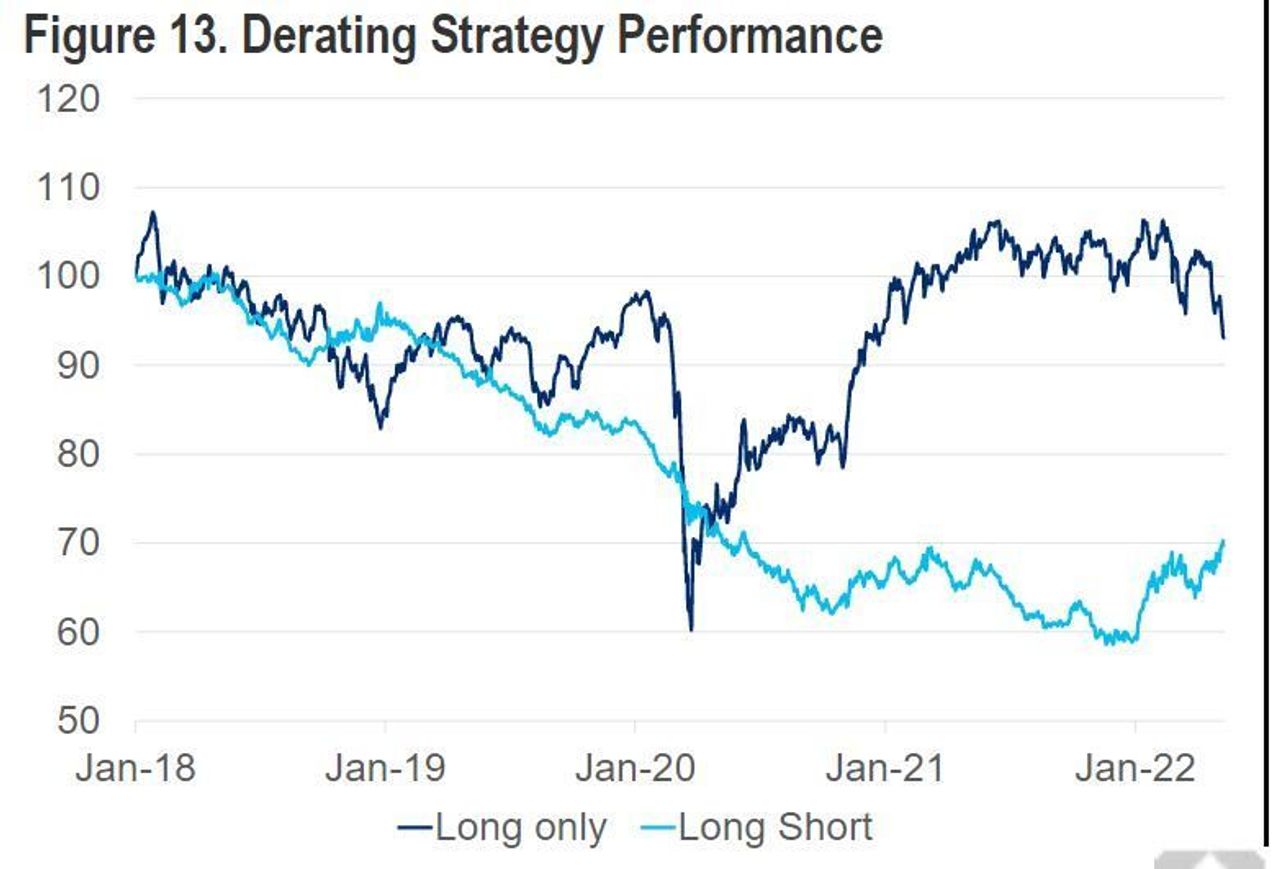 “The long-only strategy is down this year, but much less than the overall market,” said Buckland and the team.

Disney stock (DIS) is down after the entertainment giant said it added more streaming subscribers than expected in the wake of Netflix’ s (NFLX) rout, but warned of weakness ahead.

AppLovin (APP) is rallying after the app-monetization group’s executives said their software business is revving up, and they could put the app unit up for sale.

EV maker Rivian Automotive (RIVN) is up after sticking to its 2022 production outlook. And Lordstown Motors (RIDE) surged more than 30% after saying deal to sell its factory to Foxconn went through.

Beyond Meat’s (BYND)stock is headed below its IPO price for the first time after disappointing results. Grocery-delivery group Instacart has filed for a long-awaited IPO.

More earnings are ahead from WeWork (WE), US Foods (USFD) and Squarespace (SQSP).

Weekly jobless claims and April producer prices are coming ahead of the market open.

The crypto bloodbath continues. Following the collapse of algorithmic stablecoin TerraUSD, mega stablecoin, Tether (USDTUSD), announced a $1 billion swap as it hit a low of 95 cents. Bitcoin (BTCUSD)is down about 5%.

President Joe Biden urged Americans not to “grow numb to such sorrow” as he announced 1 million COVID deaths in the country. 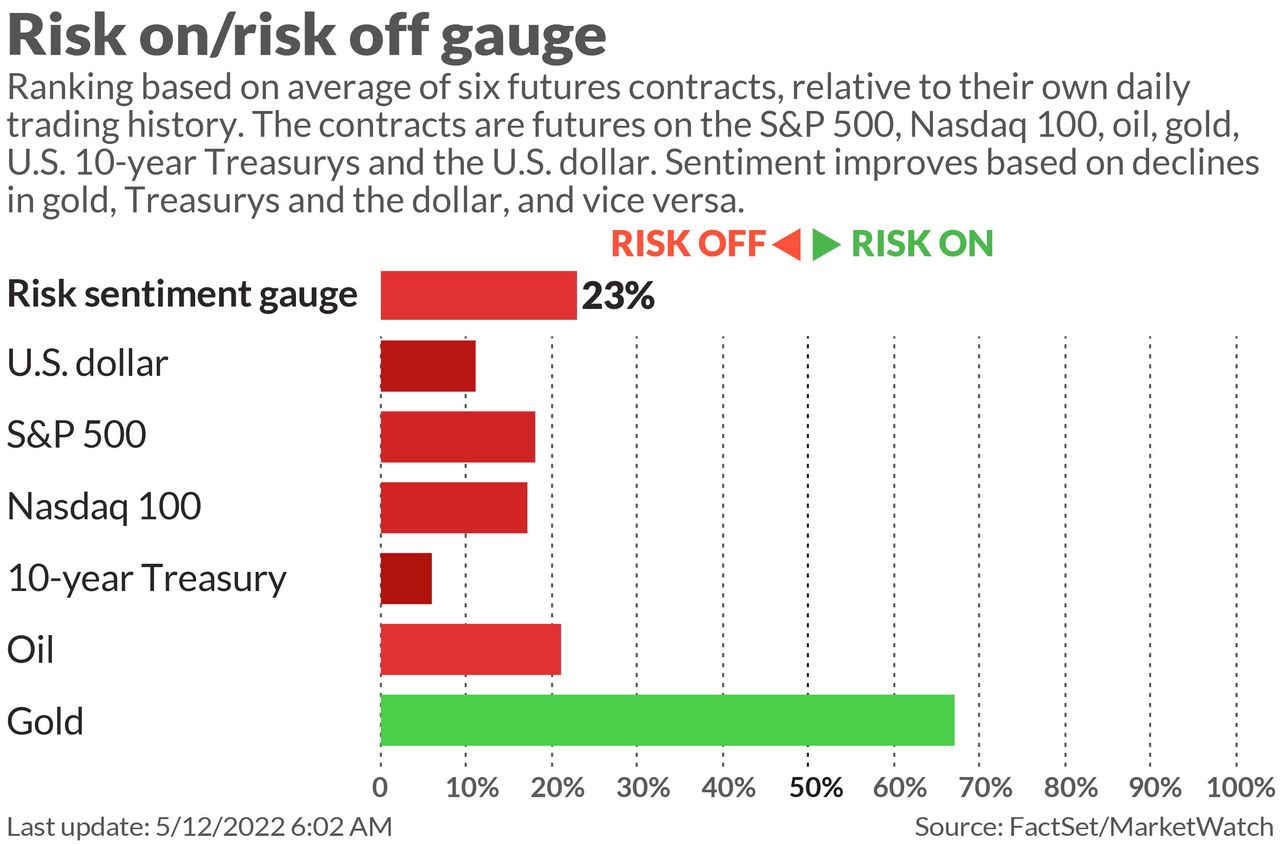 Stock futures (ES00)(YM00)(NQ00) are under some pressure, along with Treasury yields (BX:TMUBMUSD10Y)(BX:TMUBMUSD02Y), as the dollar climbs (DXY). Commodities are under widespread pressure, with oil (CL00)(BRN00) down over 2%.

Here’s a look at how Apple’s market cap eventually ceded to Saudi Aramco’s.

These were the top-searched tickers on MarketWatch as of 6 a.m. Eastern Time:

This tough root crop could break the world’s dependence on wheat.

Spain expected to be the first country in the world to offer “menstrual leave.”

Passenger with no training lands a small plane in Florida.

After the Bell: When is it safe to start buying stocks again? We’re not there yet, but these are the 6 signs to look for

Chart of the Day: Margin Trouble

Chart of the Day: Margin Trouble