25
SHARES
180
VIEWS
Share on FacebookShare on Twitter
Need to Know: This indicator flashed warnings in 2000 and 2007 — and it’s buzzing now 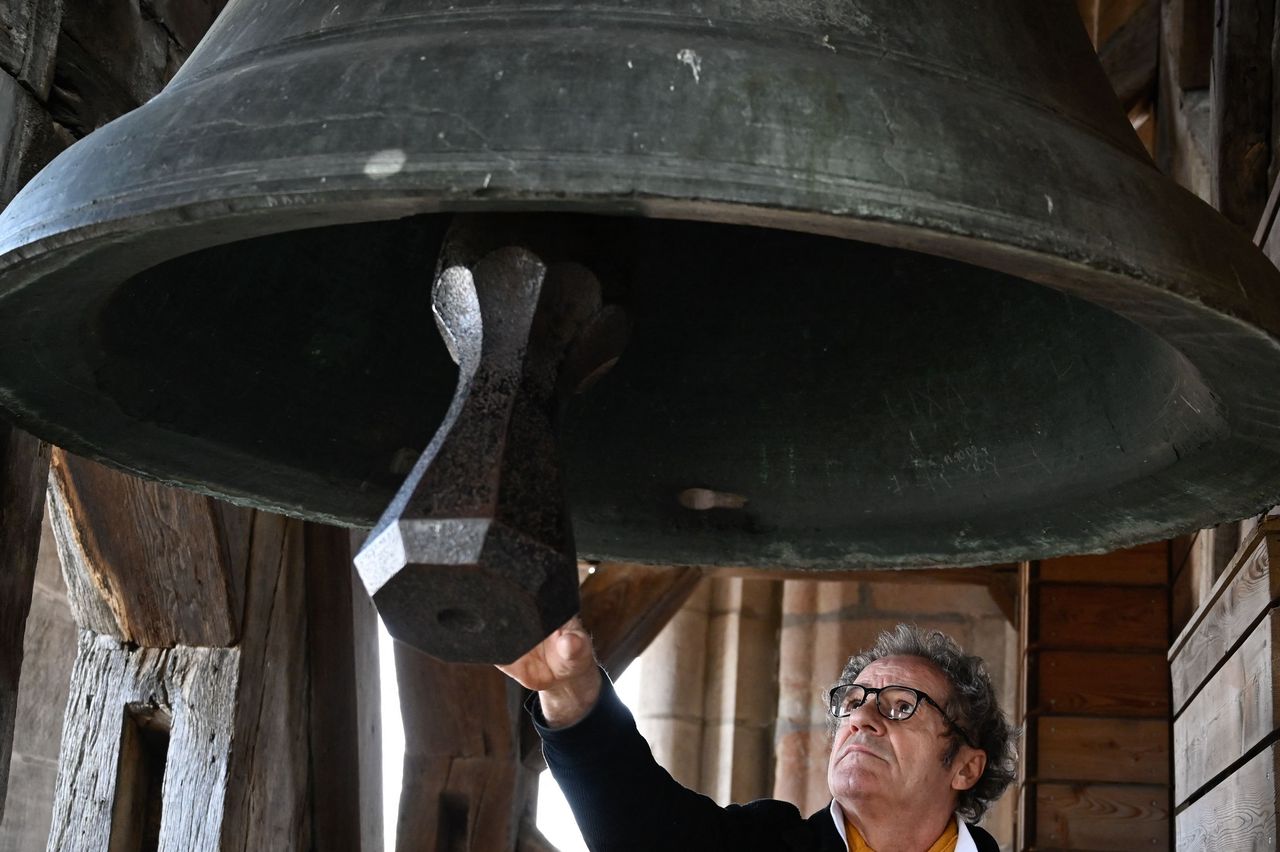 It has to do with margin debt. According to Ned Davis, senior investment strategist at Ned Davis Research, falling margin debt growth, from high levels, triggers a sell warning. When the 15-month rate of change in margin debt falls below 48%, the market was lower three to 18 months later, on average. 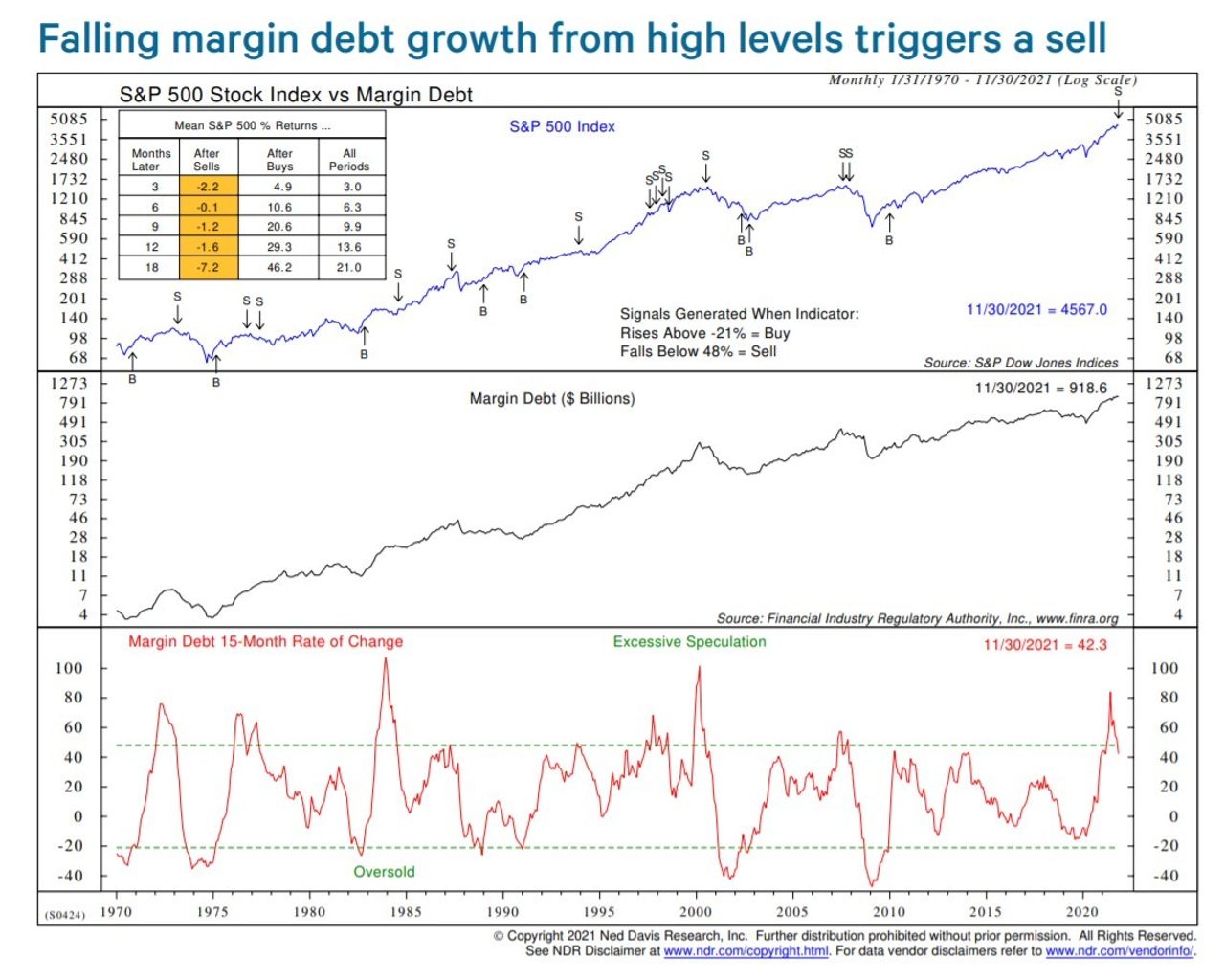 Another warning sign is that price-to-earnings ratios on what the firm calls institutional grade stocks are stretched.

Yet Davis can’t quite bring himself to fully cloak himself in pessimism. Short-term sentiment is still negative, he points out, which usually is a good sign for markets.

“I would note however, that following any rally, a break of the December low is often a warning sign. So we will be watching the year-end rally closely,” he says. The S&P 500 touched its lowest level for the 12th month on Dec. 3, when it reached 4,495.12.

It’s already out of date, but this chart showing all-time highs for the S&P 500 (SPX) was picked by Ryan Detrick, chief market strategist of LPL Financial, as the chart of the year. The benchmark U.S. index has registered 70 record highs, the highest number since 1995. “At the end of the day, the fact that 2021 had the second-most all-time highs ever probably tells the story better than nearly any other,” he said.

U.S. President Joe Biden and Russian President Vladimir Putin are due to have a call at 3:30 p.m. Eastern, according to the White House schedule, to discuss tensions in Ukraine.

Johnson & Johnson (JNJ) said its vaccine, as a booster shot, was 85% effective in preventing hospitalization in South Africa as omicron became the dominant coronavirus variant.

Outdoor mask wearing will be compulsory in Paris, as England prepares hospitals for an omicron wave. The daily average of U.S. coronavirus cases topped 300,000, a record, with hospitalizations at a two-month high.

The year’s final economic indicators are due, with weekly jobless claims and the December Chicago purchasing managers index report set for release.

Samsung Biologics (KR:207940) denied a report it was in talks to buy Biogen (BIIB), which sent the biotech stock 7% lower in premarket action after a 9% surge on Wednesday.

Didi Global (DIDI) said revenue fell 11% from the prior quarter, as its operating loss widened.

Ghislaine Maxwell was convicted on five of six charges in the Jeffrey Epstein sex abuse case.

Here are the top tickers on MarketWatch, as of 6 a.m. Eastern.

After two decades in space, the International Space Station is due to shut down. Here’s what comes next.

SpyGate: Strong close is good for the bulls.

SpyGate: Strong close is good for the bulls.