Need to Know: Turbulent times call for a bigger, better moat. These ‘resilient’ companies will help investors get there, says Credit Suisse

13
SHARES
95
VIEWS
Share on FacebookShare on Twitter
Need to Know: Turbulent times call for a bigger, better moat. These ‘resilient’ companies will help investors get there, says Credit Suisse

Turbulent times call for a bigger, better moat. These ‘resilient’ companies will help investors get there, says Credit Suisse 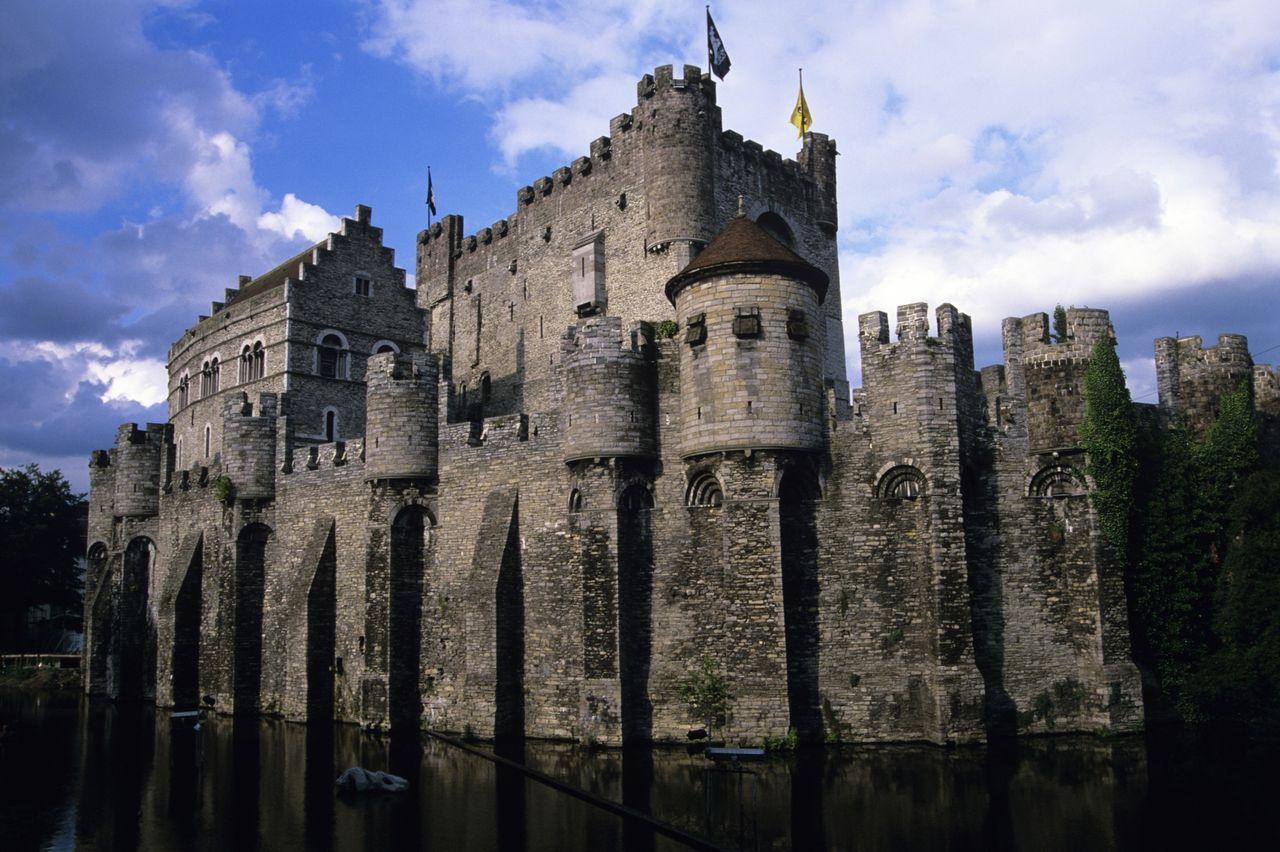 Investors who have been unsure about the Fed’s no-mercy inflation policy, have likely got the message now.

And as markets adjust to the prospect of more hikes from a central bank that plans to “keep at it until it’s done,” with threats of an escalating war in Europe and energy crisis hovering in the background, the S&P 500 (SPX) may struggle to revisit the summer nadir.

“Given today’s [Wednesday’s] downside reversal and a continued lack of any capitulatory signals, we think the path to the June lows (3,640) might be faster than many anticipate,” BTIG’s chief market technician Jonathan Krinsky tells clients, though he dangles some hope.

“The bad news is we are still in one of the weakest seasonal windows of the year, especially in a midterm year. The good news is that it quickly reverses by mid-October. We think we test or break the June lows before then, which should set up a better entry point for a year-end rally,” said Krinsky.

Investors would be forgiven for feeling like they’ve been backed into a corner right now when it comes to investment options. That brings us to our call of the day from Credit Suisse, which offers a “protective moat for uncertain times” via dozens of companies with solid business models.

Note the bank is currently recommending an underweight stance on equities owing to “potential downside risk to 2023 earnings estimates to the tune of 15% to 20% for the S&P 500.” They see a “highly uncertain” growth outlook caused by aggressive central bank responses to sticky wage growth and Europe’s energy crisis. Strategists expect U.S. growth to reach just 0.9% in 2023, with a 0.2% contraction in the eurozone.

Still, Richard Kersley, head of global equity research and his team asked analysts across several regions to “identify companies whose earnings may not be immune to, but should be better shielded from economic uncertainty thanks to the high barriers to entry that surround their businesses.“

“Stocks selected reflect examples of companies that have shown a superior ability to innovate, their first mover advantage or simply a scale advantage that has developed a market leading position and with it stronger pricing power,” he said.

And rather than limiting picks to defensive sectors or styles, they cast a wide net and come up with 35 outperform-rated stocks with an “economic moat across regions.” Bolded names represent those with above-consensus earnings estimates and target prices, as well most anti-consensus calls.

Check out Day two of MarketWatch’s Best New Ideas in Money Festival. It’s not too late to sign up, and here’s an interview you may have missed with legendary investors Ray Dalio and
Carl Icahn. 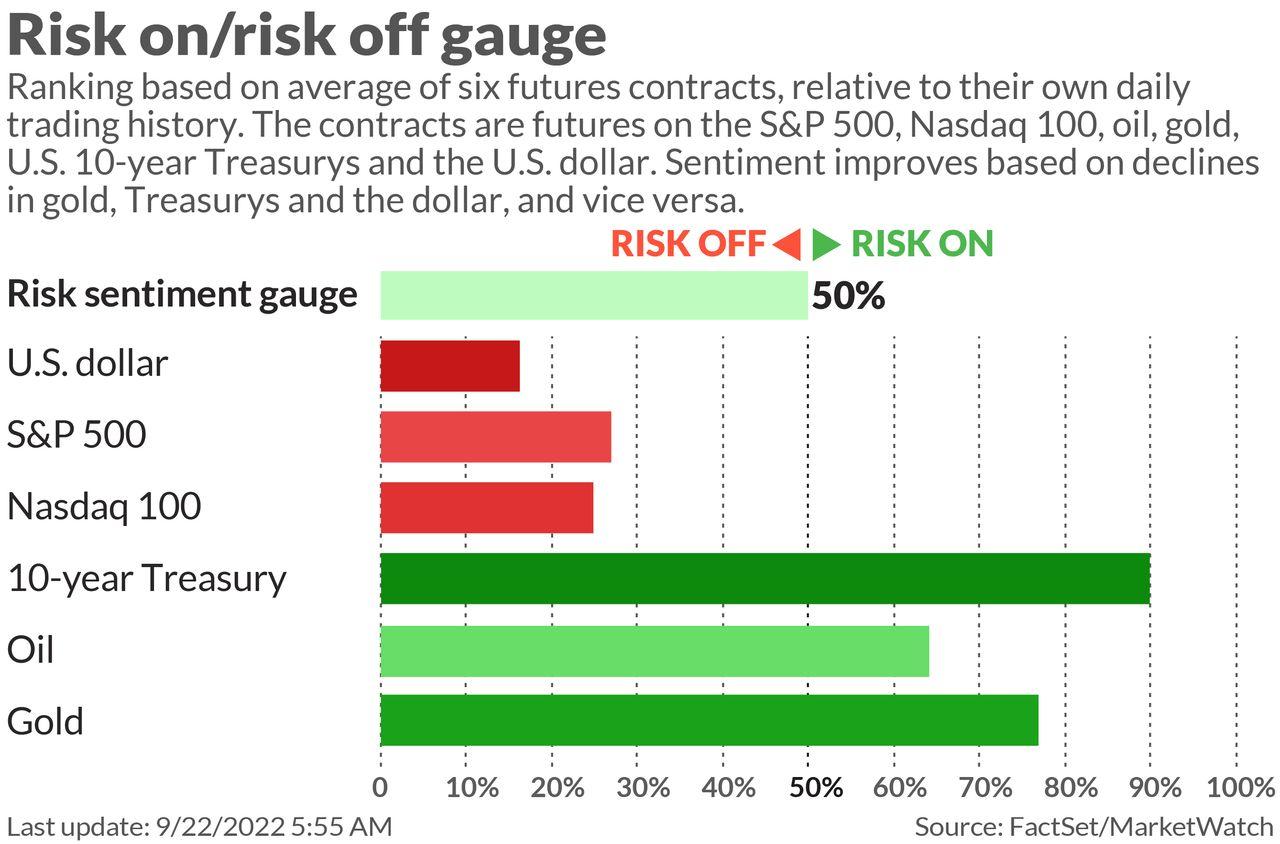 Stock futures (ES00) (NQ00) (YM00) are struggling for
traction, with 2-year Treasury yields (BX:TMUBMUSD02Y) at the highest since 2008. The dollar index (DXY) was hovering at 2002 highs, until the Bank of Japan stepped in for the first time in 25 years after it left key interest rates unchanged. Asian equities (JP:NIK) (HK:HSI)stumbled and the Korean won (USDKRW) hit its lowest in 13 years. Europe equities (XX:SXXP)aren’t faring much better.

Darden Restaurants (DRI) stock is falling on a same-store sales miss, with weakness in flagship restaurant chains like Olive Garden.

After last week’s warning and cost-cutting plans FedEx (FDX) will report after the close. Investors will zero in on what the management has to say about that and a global slowdown.

The Swiss National Bank matched the Fed’s 75 basis-point hike, and marked the end of negative interest rates for global central banks. Both Norway’s central bank and the Bank of England hiked by 50 basis points.

Weekly jobless claims and the current-account deficit are coming ahead of the market open, followed by leading economic indicators.

More than two hundred Ukrainians and foreigners, including soldiers who defended a Mariupol steel plant, have been freed in exchange for one ally of Russian President Vladimir Putin.

“If you’re the president of the United States, you can declassify just by saying ‘It’s declassified.’ Even by thinking about it.” That was former President Donald Trump just before a federal court lifted a hold on Mar-a-Lago classified records.

After the passage of a California law, Uber and Lyft drivers are making less than $7 an hour

Why the world should be wary of a cornered Putin

Here’s an upate on a popular analog chart comparing the S&P 500’s progress in 2022, to what happened in 2008 from blogger The Market Ear. Looking dicey: 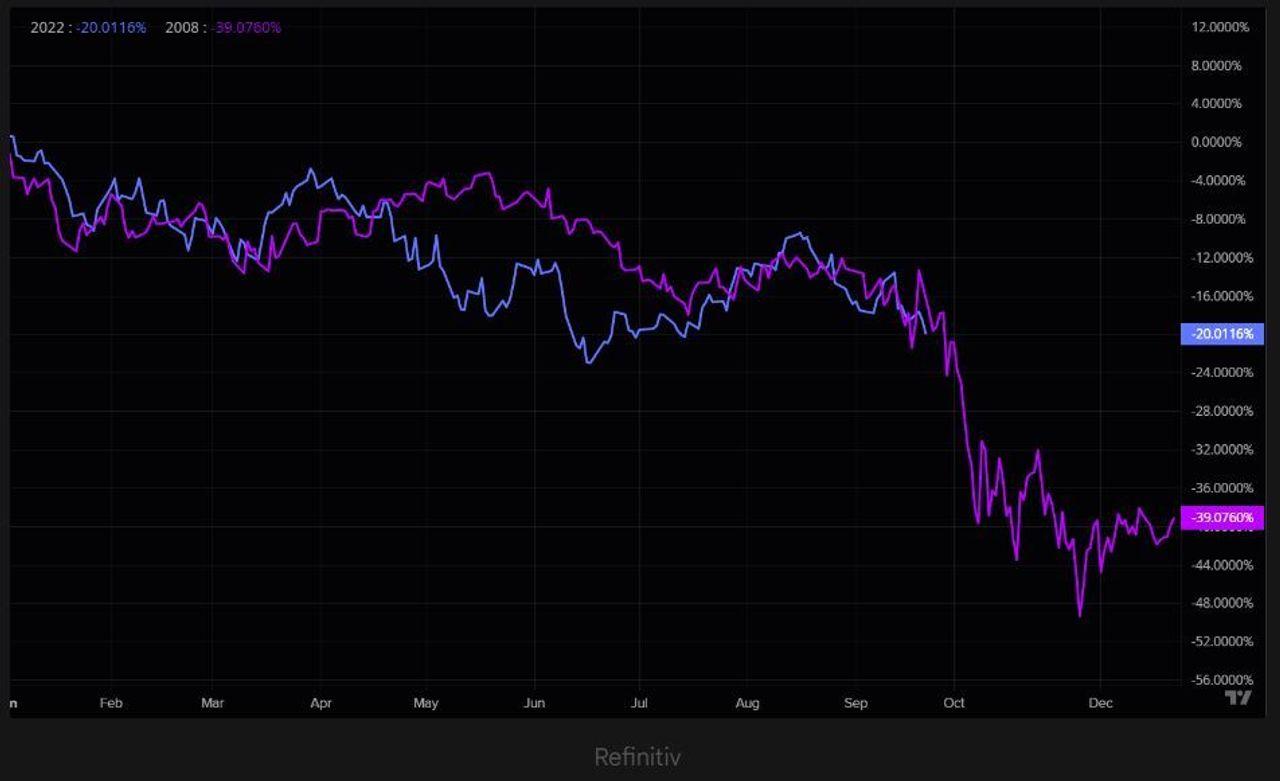 These were the most active stock-market ticker symbols as of 6 a.m. Eastern.

The unborn give a tiny thumbs-down to kale.

Will “they” break something?

Need to Know: An era of scarcity is coming. Three stocks to ride out stickier-for-longer inflation, from this fund manager.