Need to Know: WallStreetBets has set its sights on silver — the price surge ‘doesn’t seem far-stretched yet’ but it may be short-lived, says this analyst

Need to Know: WallStreetBets has set its sights on silver — the price surge ‘doesn’t seem far-stretched yet’ but it may be short-lived, says this analyst

WallStreetBets has set its sights on silver — the price surge ‘doesn’t seem far-stretched yet’ but it may be short-lived, says this analyst 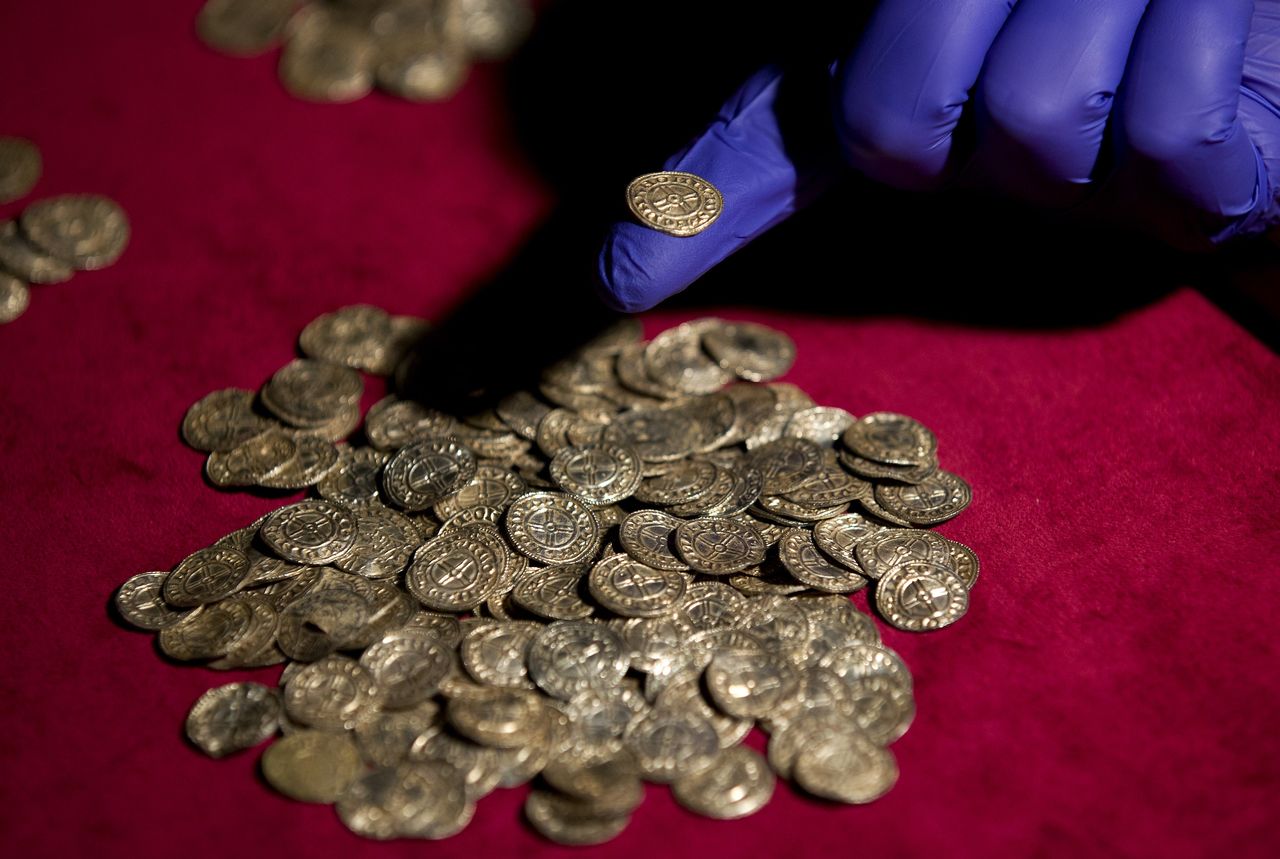 Stock markets are rebounding from Wall Street’s worst week since October 2020, recouping losses caused in large part by a retail trading frenzy — but signs point to more turbulent days ahead.

Last week, investors based on the Reddit group WallStreetBets drove up the prices of shares in heavily-shorted companies, notably GameStop, forcing hedge funds to cover their shorts by selling big long bets. That, in turn, contributed to a selloff that saw major indexes slide. 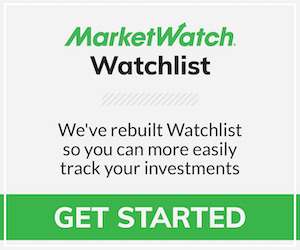 But the retail rush isn’t over yet. WallStreetBets has a new focus: silver SILVER. The precious metal is now up more than 11% on Monday since Friday’s close.

In our call of the day, Ipek Ozkardeskaya, a senior analyst at Swissquote Bank, said that silver’s rocketing rise may be more rational than some investors would have expected from an internet-based momentum play. But she also warned silver’s time in the sun may be short lived.

Along with causing a squeeze, the investment thesis espoused by the WallStreetBets crowd is that silver is undervalued because it is used extensively in high-tech applications like solar panels, which are positioned for long-term growth.

Plus:
Miners surge as silver futures jump to eight-year high on retail interest

Ozkardeskaya said that there is some validity to being bullish on silver prices. The precious metal often trades in tandem with gold, which enjoyed a spectacular rally to all-time highs last year. Silver was largely left behind.

The gold-silver ratio, which describes the relationship between the two metals’ prices, historically converges near an average of 60 — meaning that the price of gold GOLD is often around 60 times higher than silver. 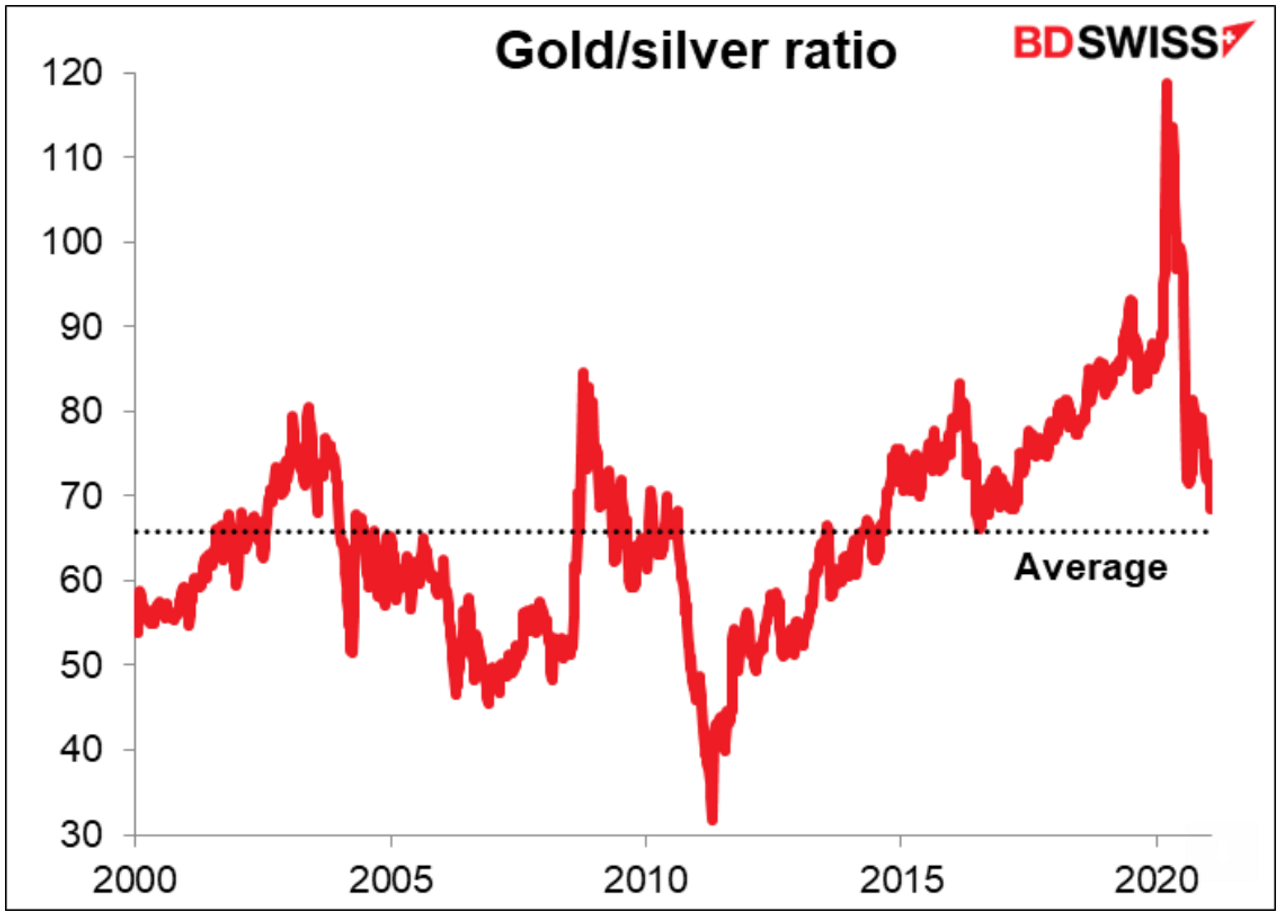 Chart from Marshall Gittler at BDSwiss.

Silver is currently trading at just over $29 per ounce, but Ozkardeskaya said that it “could have well consolidated within the $30-32 band,” given the fact that gold prices held steady near $1800 per ounce.

“Therefore, the rise in silver doesn’t seem far-stretched just yet,” she said.

Also read:
After 10 Years of Underperformance, Commodities Are Set to Boom. Here’s How to Play the Rally.

“So far, it is not exactly the GameStop anomaly, but it is a hint that the retail traders who just discovered the strength of their unity are out there, looking for new targets — and apparently bigger ones,” added the Swissquote Bank analyst.

“For silver though, the rally could be short-lived,” Ozkardeskaya said, noting that there is division among the posters on WallStreetBets, with some advising against betting on the rally. With the short squeeze on GameStop, there was near-unanimous support for that trade and overwhelming solidarity on the forum.

“One important thing to remember in this game is, if you lose full support, and momentum, it is over,” Ozkardeskaya said. “The speculative rush is a prosperous, but a dangerous game.”

The trading frenzy is expected to continue over videogames retailer GameStop GME and other heavily-shorted WallStreetBets favorites like cinema-theater chain AMC AMC, software group BlackBerry BB, and retailer Naked NAKD — which all jumped in premarket trading.

Trading app Robinhood has imposed buying limits on shares in all of these companies, though it has otherwise shortened its list of restricted stocks.

Melvin Capital, one of the main hedge funds with short positions targeted by WallStreetBets, lost 53% in January. It has now apparently “massively de-risked” its portfolio.

On the U.S. economic front, Markit’s manufacturing purchasing managers index for January is the first thing coming down the pipe, at 9:45 a.m. Eastern, followed by the ISM manufacturing PMI. Construction spending for December and motor-vehicle sales for January are also due.

The chief executives of Exxon Mobil XOM and Chevron CVXdiscussed merging the two companies last year, The Wall Street Journal reported on Sunday. Shares in both oil supermajors have popped near 2% in the premarket.

The Australian prime minister has suggested that software giant Microsoft’s MSFTBing could replace Google’s search if it pulls out of the country. Google, owned by Alphabet GOOGL, has threatened to make its search engine unavailable in Australia over a proposed law that would make technology companies pay to circulate news content.

Outside of the markets, the world is waking up to news of a coup in Myanmar, where the head of government Aung San Suu Kyi and other politicians have been detained. The military said it was taking control of the country for a year. 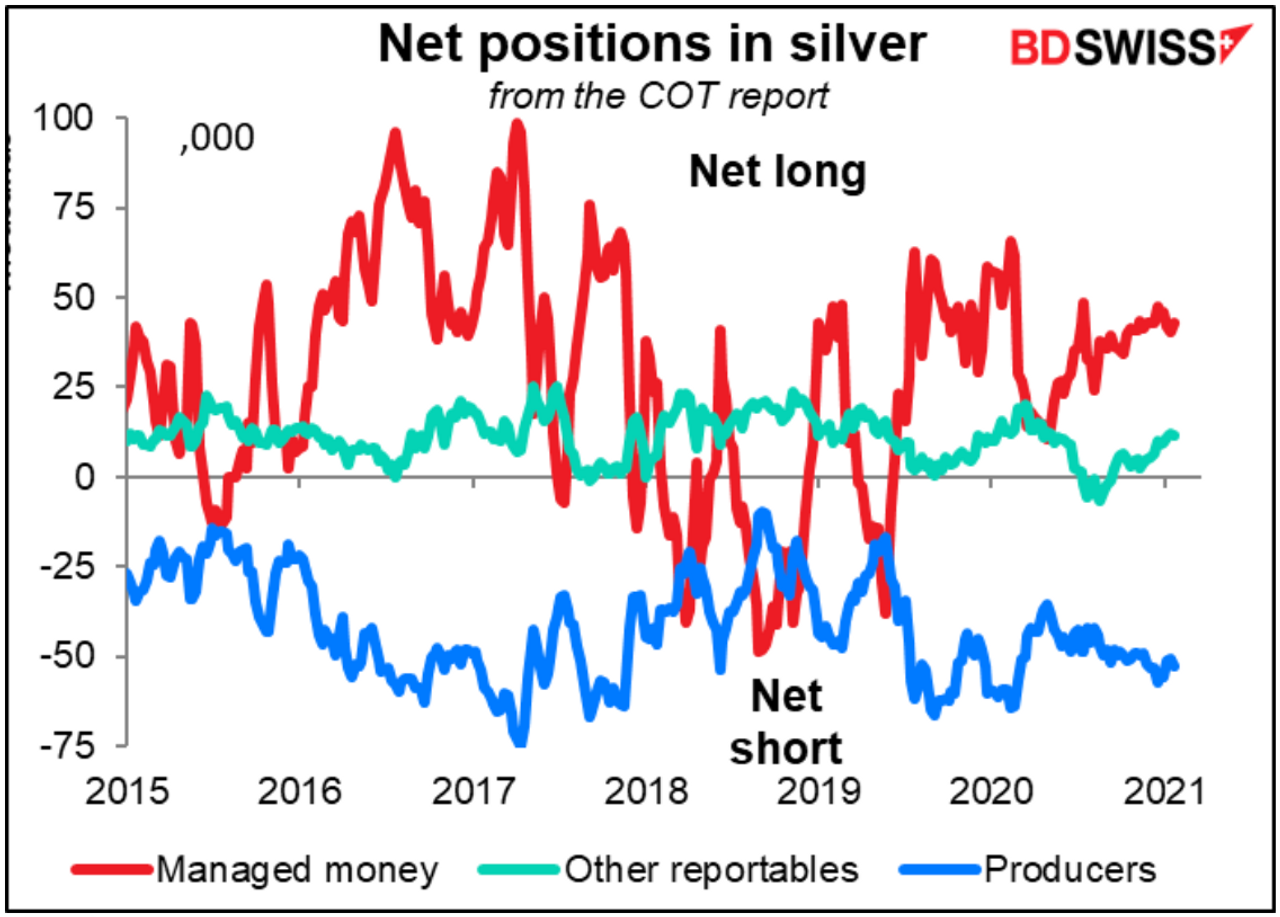 Chart from Marshall Gittler at BDSwiss.

Our chart of the day, from Marshall Gittler at BDSwiss, shows just who is shorting silver — and he doesn’t really know who WallStreetBets is targeting. It is the silver producers who are short in the futures market, the analyst said, but it is normal for them to be short because they sell their production ahead to lock in prices.

Naked mole rats have unique dialects and are “incredibly xenophobic,” according to a study.

Research finds singing in some languages could spread the coronavirus that causes COVID-19 more easily than others.