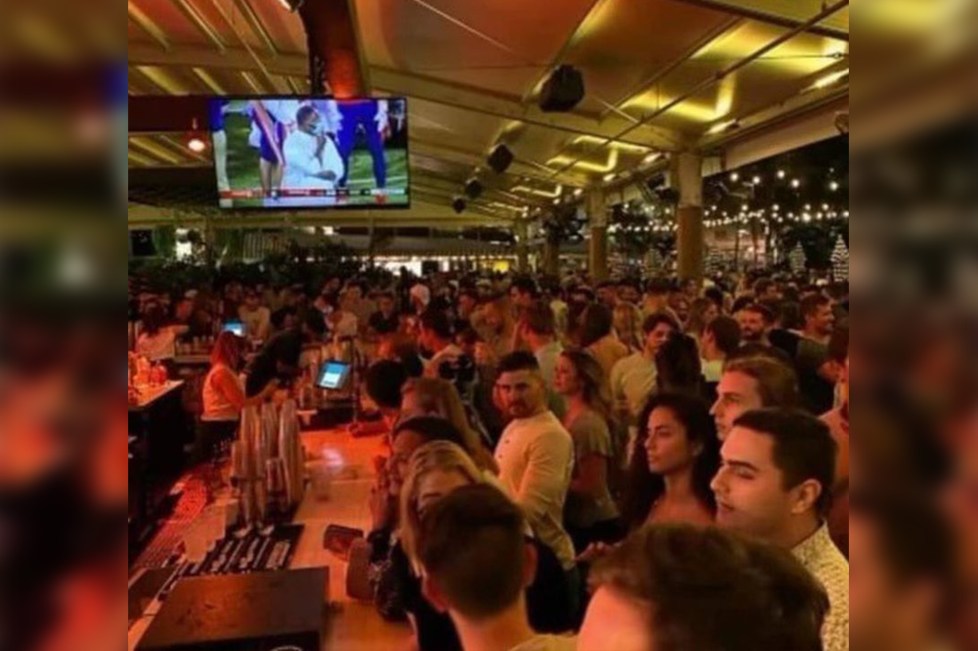 A South Florida bar was flooded by swarms of maskless partygoers upon reopening for the first time since the pandemic began — only to get shut down by officials for violating pandemic-related rules, a report said Sunday.

“If they’re not making patrons wear masks, they’re leaving us no option other than to shut them down,” Broward Mayor Steve Geller told the newspaper.

“Our goal is not to shut down businesses. It’s to get compliance. If we have to shut down businesses that are intentionally violating our laws, maybe that will send a message. They have to obey our orders for the safety of the public.”
https://25bdb5bcfefea66ab9e6d7182fd1e975.safeframe.googlesyndication.com/safeframe/1-0-37/html/container.html?n=0https://players.brightcove.net/4137224153001/default_default/index.html?videoId=6211693139001&nypostPlaylistType=iris&playsinline=true

A neighboring doctor said he walked by the watering hole around 9 p.m. Friday — its opening day — and was shocked by the throngs of partygoers.

“As a doctor who has gone through this since March, it was disheartening. The place was packed, everybody was close together,” Dr. Ralph Levy told the newspaper.

They noted that The Wharf was allowing patrons to enter without wearing masks and its bar didn’t have a Plexiglas divider, the outlet reported.

The Wharf denied that any guests entered without wearing a mask, saying they had extras on hand out to anyone who didn’t have one.

“Once inside the open-air venue, guests chose to ignore the rules and congregated near the main bar despite over an acre of property where they could socially distance,” the bar said.

Though officials only ordered it to close for 24 hours, the establishment said it won’t reopen until it can do so normally.

“People want to grab a drink and walk around. We built the Wharf [for customers] to have a certain experience,” co-owner Emilio Guerra told the newspaper.

“And with the guidelines and regulations being forced on us, we unfortunately have to close down.”

OP: Rainy Days and Mondays Always Get Me High