For those in our portfolio company, NICO.LAB, yesterday we sent you an email in relation to exercising your options.

Please reach out if you have further queries.

We are also working extremely hard in the background to find you the next PEAK deal to close off, what has been a “surreal” year….

This morning we are off to meet some clients. For those in Melbourne, given now that lockdowns are over, we will be organising a PEAK event in December or two, so keep a look out for these!

Last night, stocks were mixed on speculation that this month’s rally has outpaced prospects for an economic rebound amid a surge in coronavirus cases around the globe. Treasuries fell.

The S&P 500 fluctuated as a slide in technology shares offset gains in industrial and energy companies.

The Nasdaq 100 slumped as much as 2.7% on Tuesday. Amazon.com Inc. sank as the online-retail giant faced an antitrust complaint from the European Union, while American depositary receipts of Alibaba Group Holding Ltd. tumbled after China tightened the scrutiny over internet behemoths.

The Dow Jones Industrial Average outperformed as Boeing Co. surged on news that regulators could lift the 737 Max grounding as soon as next week. The Russell 2000 Index of smaller companies climbed 2%.

After all the enthusiasm that lifted global equities and sent havens into a tailspin, some analysts said the moves may have gone too far. The coronavirus shot still has several hurdles to clear, there’s concern over fiscal stimulus, the transition of power to President-elect Joe Biden and surging virus cases.

The U.S. reported a record 142,907 new infections on Monday, and Governor Phil Murphy said New Jersey’s jump in cases is “devastating.” Despite the uncertainties, this month’s rally in the S&P 500 put its valuations near the highest levels since the dot-com era.

The SPI is up 64 points this morning. 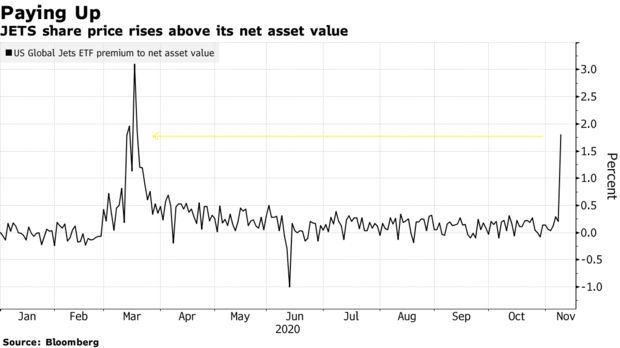 Want to join the Peak Community and get access to our "hand-picked" corporate deals?

HeraMED will be marketing its HeraCARE digital health services to an expanded range of US healthcare providers after linking up with US telehealth company eCare21.

Medical tech company HeraMED (ASX:HMD), a leading provider of in-home maternity care, has teamed up with US-based virtual care platform eCare21 to offer its services in the US.

The partnership will allow HeraMED to integrate its services with those of eCare21’s through the US company’s eCare21 digital technology platform.

“The integration of the HeraCARE platform into the eCare21 platform is expected to be completed in the coming weeks, enabling us to begin marketing to an established pipeline of potential customers,” chief executive and co-founder, David Groberman, said.

HeraMED’s mother and baby heart monitoring device, HeraBEAT, is among the services to be included in the eCare21 platform, as is the company’s HeraCARE health services platform.