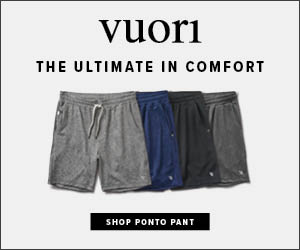 Throughout 2020, Associated Press journalists around the globe worked ceaselessly and intrepidly to tell the story of COVID-19 — a contagion that enmeshed far more countries than did the World Wars.  And at year’s end, they set out to take stock.

The result is the Pandemic Atlas, an array of video, photos and text by the same AP staffers who have covered the story since reports of a new coronavirus emerged from China. They show how the pandemic has played out in countries on all continents — their failures and successes, the heroism of some, the tragedies of others.

More on this after The Rundown. 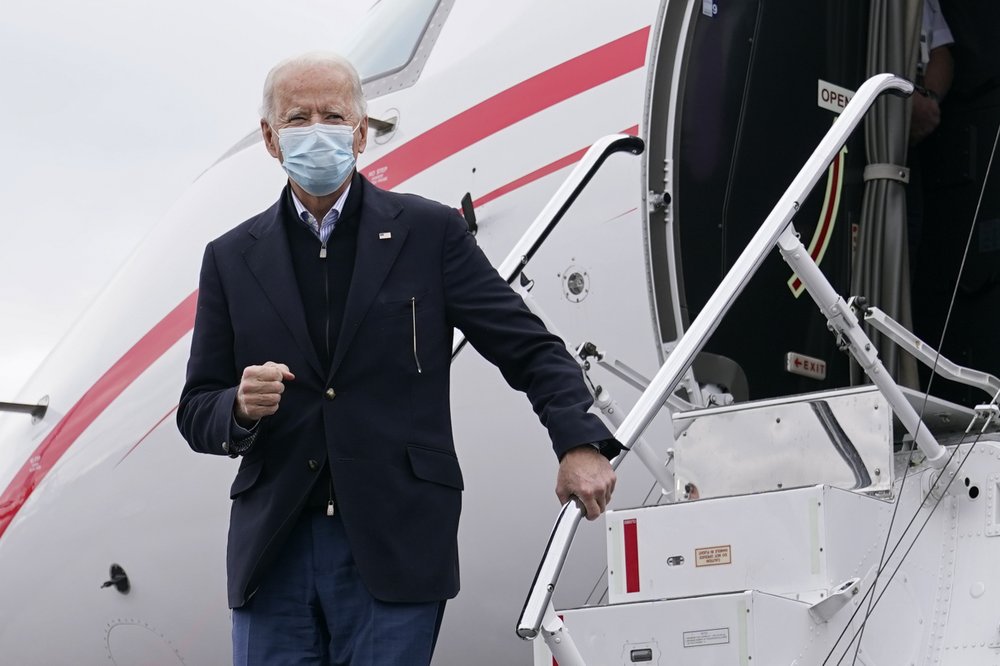 More than a month after the election, some of America's highest-profile Republican holdouts have begun to embrace reality, coming to terms with the fact that Joe Biden will be president soon.

Biden spoke with Senate Majority Leader Mitch McConnell, who publicly congratulated the Democrat on his victory, Will Weissert reports. And Republican Sen. Lindsey Graham, a close ally of President Donald Trump, says he’s spoken with Biden and some of his Cabinet picks.

In the meantime, fending off a messy fight that could damage Republicans ahead of Georgia Senate runoffs, McConnell warned fellow GOP senators not to join Trump’s extended assault on the Electoral College results.

Trump Voters: For weeks, Trump has been on a mission to convince his loyal base that his victory was stolen and the contest rigged. Polls show he’s had considerable success. But now that the Electoral College has formalized Biden’s win and Republican officials are finally acknowledging him as president-elect, many Trump voters seem to be doing the same. Interviews with voters, along with fresh surveys of Republicans, suggest their unfounded doubts about the integrity of the vote remain. But there is far less consensus on what should be done about it and whether to carry that resentment forward, Jill Colvin and Jonathan Cooper report.

Biden Cabinet: The president-elect is nominating his former rival Pete Buttigieg as secretary of transportation and intends to choose former Michigan Gov. Jennifer Granholm as energy secretary. Buttigieg, the former mayor of South Bend, Indiana, would be the first openly gay person confirmed by the Senate to a Cabinet post. Granholm served as Michigan’s attorney general and two terms as Michigan governor. 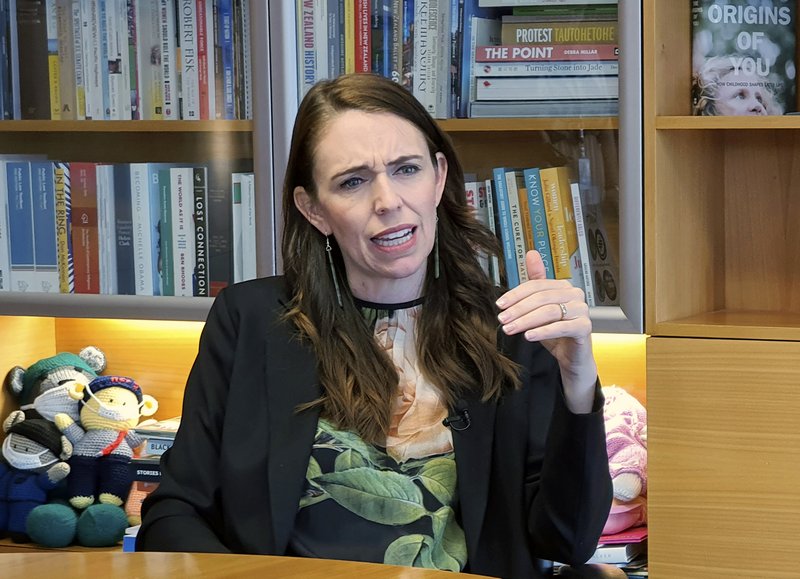 “You just have to get on with it. There’s a job to be done.”

New Zealand this year pulled off a moonshot that remains the envy of most other nations: it eliminated the coronavirus.

But the goal was driven as much by fear as it was ambition, Prime Minister Jacinda Ardern revealed in an interview with the AP.

She says the target grew from an early realization the nation’s health system simply couldn’t cope with a big outbreak, Nick Perry reports from Wellington.

New Zealand’s response to the virus has been among the world's most successful, with only 25 deaths. But there have been plenty of bumps along the way. When a handful of cases began cropping up in August, Ardern found herself defending wildly exaggerated claims from Donald Trump, who said, “It’s over for New Zealand. Everything’s gone.”

“Was angry the word?” Ardern said, reflecting on Trump's comments. She said while the new cases were deeply concerning, "to be described in that way was a misrepresentation of New Zealand’s position.”

VIDEO: Ardern on tackling virus, ties with US. 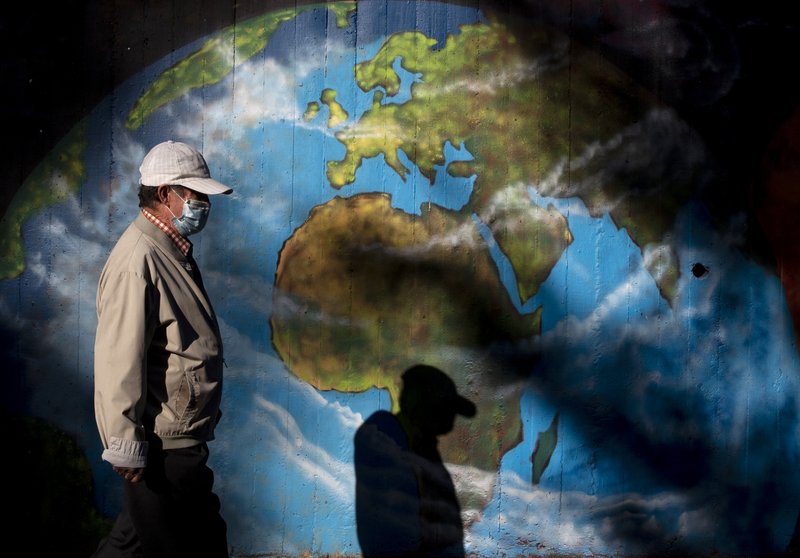 Customarily, the last days of the year have been a time to review and analyze the events of the previous 12 months. But after 1.6 million people have died and many more millions are suffering, COVID-19 represents a challenge: How to put this global catastrophe into perspective?

The atlas aims to untangle the monstrous knot that is the pandemic by focusing on the stories of 13 countries.

And so Jon Gambrell, news director for the Persian Gulf and Iran, looks at how Iran’s leadership at first denied the threat posed by the virus, unleashing “perhaps Iran’s greatest threat since the turmoil and war that followed its 1979 Islamic Revolution.”

Nicole Winfield, the AP’s chief correspondent in Rome, spotlights the story of Dr. Annalisa Malara, the first to detect the arrival of the disease in her country when she ordered up a test at a public hospital in tiny Codogno — the start of a long siege in which Italy would become Europe’s viral epicenter.

New York-based National Writer Adam Geller deploys statistics to sketch out a portrait of the United States in the year of COVID. “Americans' spending on groceries, compared to January: down 2.7%. Total sales of alcoholic beverages during the pandemic: $62.5 billion, up 21.8%.”

In Spain, a nation mourns too many elderly victims and harbors doubts about its system.

In China, an authoritarian government marshals its power to crush COVID-19.

In Israel, the disease magnifies rifts between ultra-Orthodox and more secular citizens.

Photographs accompanying these stories reveal a world of people in masks, huddled around coffins, healing the sick, going about their disrupted daily lives.

And there are video narratives: the story of a Chinese man whose father caught the virus in a Wuhan hospital and later died, and a mother whose daughter passed away.

The Brazilian taxi driver who lost his adult son to COVID-19, even as President Jair Bolsonaro was dismissive of the pandemic.

And another look at doctors and nurses on Italy’s frontlines who had posed for portraits earlier in the year. They still persevere.

All of the pieces of the COVID Atlas are offered in a web presentation, which can be found here. 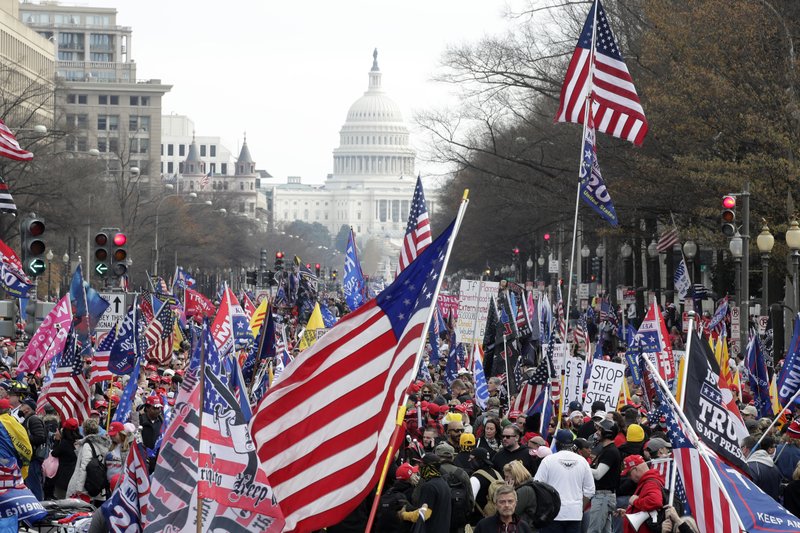 Church vandalism exposes divisions over faith and politics in America

Does politics supersede religious beliefs for some in today's bitterly divided United States?

The houses of worship that were vandalized included two historically Black churches where people ripped down Black Lives Matter banners. Video on social media showed one banner being burned, defacement that police say is being investigated as a possible hate crime.

Critically, it also raised questions among some pastors and members at the churches about why more fellow Christians were not speaking out against the attacks.

The tearing down of Black Lives Matter signs came after pro-Trump demonstrations in the capital that attracted a sizable number of Proud Boys, a neo-fascist group prone to violence. The protests were planned to bolster the president’s baseless claims of election fraud.

The Boko Haram extremist group has claimed responsibility for abducting hundreds of boys from a school in Nigeria’s northern Katsina State last week. More than 330 students remain missing from the Government Science Secondary School in Kankara after gunmen attacked the school, although scores of others managed to escape. The government and the attackers are negotiating the fate of the boys. In 2014, the jihadist extremist group abducted over 270 girls from their school in Chibok in northeastern Borno State.

A push by the Iraqi government to close displacement camps by the end of the year threatens to leave tens of thousands of people homeless and without aid in winter during a pandemic. In one village west of Mosul, returnees have erected tents next to the ruins of their former homes, without power or potable water. The displaced were driven from their homes during the war against the Islamic State group. Many say they cannot return because their homes were destroyed or they fear reprisal by tribes and militias. Iraq’s cash-strapped government says it must accelerate closures to revive lagging reconstruction efforts.

A Black man who was sentenced to life behind bars as a teenager has walked out of a Minnesota prison. Myon Burrell's release came hours after a pardons board commuted his sentence in a high-profile murder case. Burrell took his first steps as a free man to the sound of ringing bells and cheers from supporters. His case, and his age at the time of the killing, raised questions about the integrity of the criminal justice system. The AP and American Public Media uncovered new evidence and serious flaws in the police investigation into the 2002 killing of an 11-year-old girl hit by a stray bullet while at her dining room table.

China prepares for return of lunar probe with moon samples

Chinese ground crews are standing by for the return of a lunar probe bringing back the first fresh samples of rock and debris from the moon in more than 45 years. The robotic Chang’e 5 probe is expected to land in the Siziwang district of the vast Inner Mongolia region late today or early Thursday. The 23-day mission blasted off from a launch base on the southern island province of Hainan on Nov. 23. The China National Space Administration said the spacecraft fired its engines to put it on a course for home before the orbiter separates from the return vehicle, with all systems functioning as expected.

AP names its Breakthrough Entertainers of 2020

CNN Business: US stocks set to continue their rally

CNN Business: US stocks set to continue their rally