This tech sector is relentlessly rising under cover of a dull market | MrTopStep.com
Skip to content

Critical information ahead of the U.S. trading day 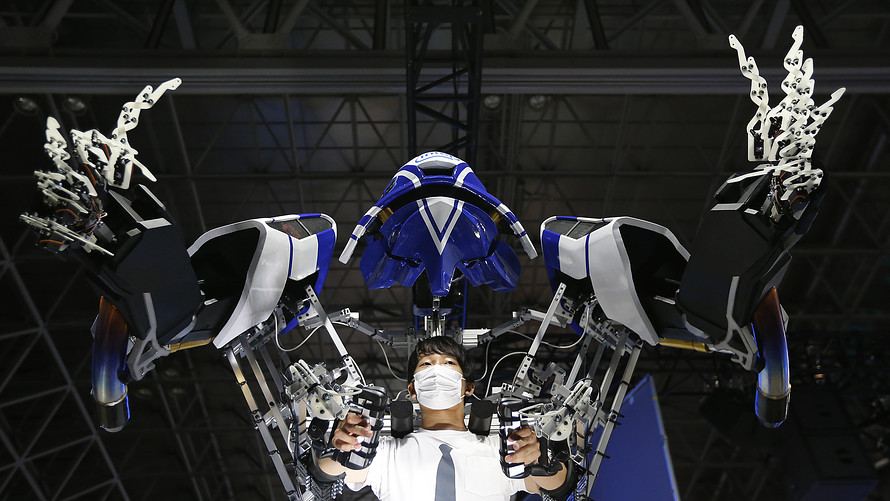 January has passed its halfway mark. And thank goodness for that. Yawn.

“It all feels as though markets are a little lost and searching for the next big thematic to key off,” says IG’s Chris Weston, trying to explain the mood.

The Dow is up 0.2% for January so far, and is stuck in its smallest-ever monthly range, notes LPL Financial. And while the S&P 500 is still on track for the biggest election-to-inauguration gain since 1996 — up 1.5% — it hasn’t had a 1% intraday move for 21 straight days. That’s the longest such streak since late 2014, LPL adds.

Less dull is the Nasdaq, up 3.2% this month. Investors’ tech love should keep playing out this morning, with Netflix shooting ahead after some blowout subscriber numbers.

That brings us to our call of the day, from Greg Guenthner of the Daily Reckoning blog. He says those unable to block out the noise — or lack thereof — may be missing some big market gains that have been going on for quite a while.

“Semiconductors have slapped around the rest of the market since they fought off their lows and broke out to new 2016 highs all the way back in June. Now they’re ready to continue their dominance as the tech sector comes back into focus,” Guenthner says.

We’re still a day away from the presidential inauguration. Bored? Careful what you wish for.

The dollar DXY, +0.08% is still benefiting from Federal Reserve chief Janet Yellen’s rate hike comments. Note the European Central Bank meets today and hopes are running high for a dull affair. European SXXP, -0.11%  stocks are off ahead of the ECB.

See the Market Snapshot column for the latest action.

More on the snooze moves for stocks:

Since Thanksgiving, the S&P 500 has alternated between weekly highs and lows for eight consecutive weeks. That’s only the 10th time that’s happened since 1928, notes LPL Financial. Here’s a chart laying out the ups (green) and the downs (red):

Netflix NFLX, +7.20%  is up nearly 8% in premarket action, after stronger-than-expected earnings, fueled by a big jump in international subscriber growth. It’s all about customer bonding.

“It’s not that other countries steal jobs from you guys. It’s your strategy. Distribute the money and things in a proper way.” — Jack Ma, speaking to CNBC in Davos.

The Alibaba BABA, +0.42%   founder says the U.S. has blown $14 trillion in fighting wars over the past 30 years, when it could have been boosting infrastructure.

Help! Paul McCartney is suing Sony’s SNE, -0.49%  music unit to take back the copyrights to Beatles songs he mostly co-wrote with John Lennon.

Facebook FB, +0.26%  CEO Mark Zuckerberg has been making speeches on his page, raising suspicions that he’s up to something — maybe Zuck 2020?

Weekly jobless claims, housing starts, building permits and a Philly Fed survey are all due at 8:30 a.m. Eastern Time.

Yellen speaks for a second day, talking about the economic outlook and monetary policy at 8 p.m. Eastern in Stanford.

70% — Since 1953, during a new president’s first term in office, the S&P 500 was higher at the end of the first 100 days this percentage of the time, according to Sam Stovall, chief investment strategist at CFRA.

As many as 30 feared dead in Italy as rescuers begin removing bodies from a hotel hit by an earthquake-caused avalanche.

100,000 have signed a petition asking the Girl Scouts to ditch Trump’s inaugural parade

Inside the Kremlin, initial euphoria over Trump is fading

Rick Perry was apparently confused about that energy secretary post.