Rising Tide
The Fed is making a little noise about interest rates, with Kaplan suggesting higher rates is "a healthy sign."  The 10 year today is 1.11%, up from the record low of 0.52% in Aug.  A year ago it was near 1.8%, and was at 3.1% in late 2018.  Rising rates will support another market that is anathema to commodity markets – the $.  And that market today rose above resistance at 9100, tested 6x since 12/11.  Our bias is that this break through is real, not a head fake.

The ICAC released its monthly report, highlights are shown below.  Their end stocks for the world are almost exactly that of the USDA, so this outfit has not yet bought in to the idea that India's stocks are 2 to 6 Mb below current estimates.

We got a couple of calls regards the new estimate for exports, but we are only running the numbers based on where sales and shipments are for this week.  Both of those series suggest final shipments will be above the current USDA number, so that's what we went with.  If either or both cool off, we will adjust.  As the $ rose through stiff near-term resistance, Chicago markets backed down.  The soy balance sheet is already at a breaking point, and if China keeps buying corn, that market will also be at a critical level.  Cotton and wheat have ample world supplies, but each has enjoyed good demand and coattails from the other two markets.  For the moment, all eyes must be on the $, and whether or not this breakout is sustained.

Somewhat like the $, Mar cotton has tested and held above 7985 on 7 tries since 1/12.  A violation of that price would clearly break the bull, at least for the short term.  There are a bushel basket full of sell stops at and just below that key price, and our experience is that whenever there are a lot of stops clustered at one level, the market generally wants to go there and touch off some excitement. 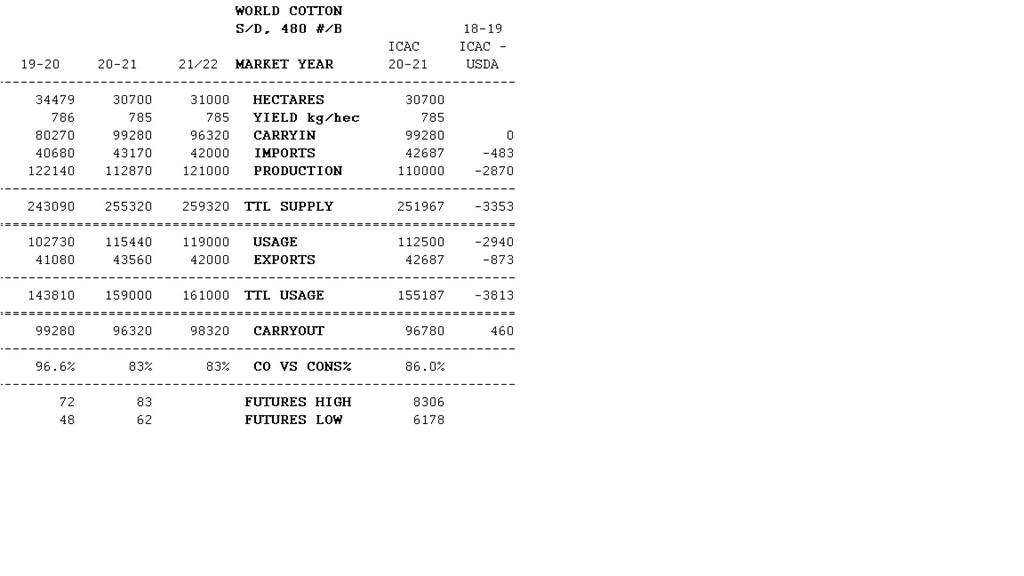