Regards the survey, our end stocks was the average for next Tue, 4.05 Mb.  There were two estimates of production that were unch, the other 6 were lower.  Export numbers were roughly unch to higher.  There is a consensus that US end stocks will be about 1/4 Mb lower.

One technician we follow, Dave Toth at RJO, says cotton may have confirmed a "major peak and reversal" by punching through Friday's low of 8728, on the May.  He identified the Jan 21 high of 8391 as one target, and we calculated an equal leg measure to 8450.  Toth also noted that the 9560 high on the active chart was right at similar highs in Mar 2014 and June 2018.

In nearly perfect timing, the $ bottomed within a few hours of a major high for cotton, both on 2/25.  Very nice timing for inverse correlation.  The $ has moved up 2% in 6 days and has broken above a 3 month trading range.  Recall back in Mar the $ topped a week in front of cotton's major low, and both have been moving opposite each other since.  Its an old tune the market is playing now, as employment numbers were spectacular, which pushed the 10 year up to 1.6%, which put the $ above its breakout point, which put pressure on commodities.  Got all that?  We may be back in time when good economic news is bad for bonds, good for the $, and bad for commodities.  May has some value in the mid 80s, and Dec in the low 80s. 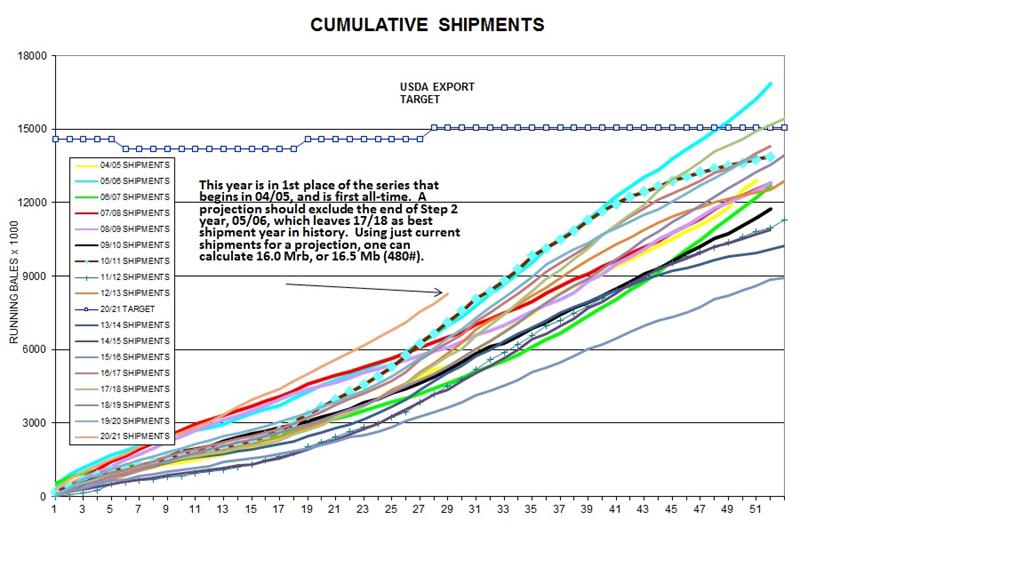 Is half carry enough?