King Soy
The market is confident in a production that is 3/4 Mb smaller, maybe 1.25 Mb.  As for exports, there is only conjecture and a lot of hot air.  Grain markets are in a tizzy, with export estimates climbing, but cotton is into the "wait, watch and verify" program.  No one knows for sure, just what China will do.  Their corn supply is widely expected to be part spoiled and part phantom, and soy is being bought in record amounts to feed their return of the pigs.  Cotton traders are hyper sensitive to Chinese demand, as 2011 is a fresh memory.

The soy market appears to be the Belle of the Ball, and if there is another 100 Mbu sale tomorrow, the 4 year high at $10.80 will tumble.  There is no answer for the current torrid pace of sales, as cotton traders can see the soy market is having a fall much like cotton did in 2010.

Sales tomorrow have been rumored to be big, but no one would make an estimate.  The $ was up a little today, but this had no impact on the raging bulls in the row crops.  Copper was up a little, and the SP roared back from a lower start.  Cotton wants to ride with the bulls, even with a world balance sheet that is loaded.  Money flow, and anticipation of a carryout sub 6.0 Mb are providing support. 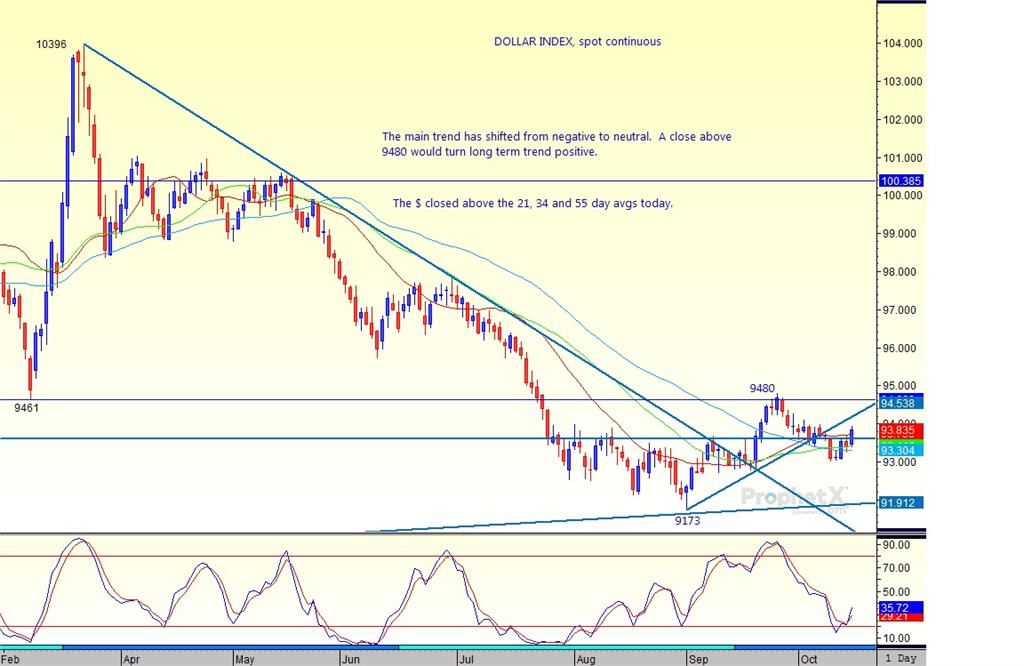 Earnings-growth timing is everything for U.S. stock moves: Chart of the Day

Earnings-growth timing is everything for U.S. stock moves: Chart of the Day