Sevens
Delta left behind a lot of rain, but wind speeds didn't rise to the forecasts.  The western edge of the LA cotton area, and a couple counties in Ark received +6", while other areas in the Delta got 2" to 3".  The forecast looks good for the next 10 days, and this crop needs some dry weather.

A 2% jump in Chinese prices lit a fire under US futures, which today closed the gap left when the Corona breakdown occurred on 2/24.  Quite a comeback.  One trader said some big Chinese specs were excited over the USDA's raising consumption for their country by 1 Mb, and see more coming.

One little noticed aspect of the 20c bull, is that cotton has clawed back much of its relative value against its cousin row crops.  A 70c cotton price can compete reasonably well with soy at $10 and corn at $4.  One surprising aspect of this month old bull, is that Red Dec has kept pace, step by step, with the front end.  In most bull markets, the front leads and builds an invert, or backwardation, vs back months.  There is scarcely a tick difference between Red Dec and old Dec.  At mid morning today, the first 9 contracts had traded, and 6 of them had a "7" in front.

Above mentions price ratios for the upcoming winter battle for field space.  What is missing is a comparison of world carryout ratios for cotton and its 3 major competitors.  Corn is 26%, wheat is 43% (all-time high), soy is 25%.  So when looking at cotton's ratio of 88%, one wonders how it can not only mount a fierce, 6 month 20c bull, but it is also levering up on all of its row crop cousins in the last 6 weeks.  Impressive.  We are now taking a first look at a hedge for the mighty Red Dec. 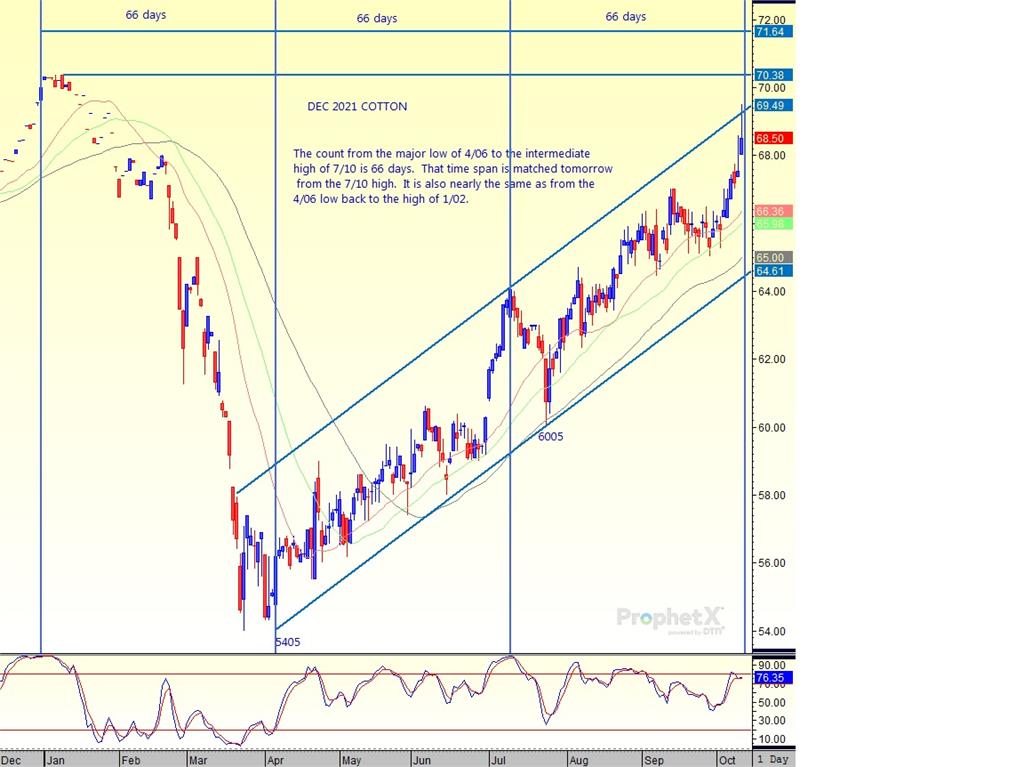