The New Plateau
In the upper reaches of intellectuals at trade houses such as Goldman, MS, JPM, Louis Dreyfus, there has been a theory of a new price plateau in major row crops since the disastrous Easter freeze of 2007.  That event propelled wheat to all-time highs, and set off an acreage battle that lasted 7 years.  There was a shortage in one or more major row crops each year, and each year one crop stole from the others in an effort to protect against end of year stockouts.

The reason for going through years and decades of price history of cotton and its row crop cousins, is to draw attention to the observation that grain markets are reaching some clear areas of price resistance.  Corn has a history of highs in the $4.40/$4.60 area, soy from $12.00/$12.55, Chi wheat at $6.15, KC wheat at $5.75, and rice at $13.25.  Cotton has marginal resistance at 73c, but is not as significant as the others.  The soy market has a balance sheet that could blow up resistance at +$12.00, but the others do not.  Specs have reached record net longs in some of the row crops, and as we move into liquidation of the Dec contracts, traders must be aware of the long term price history. 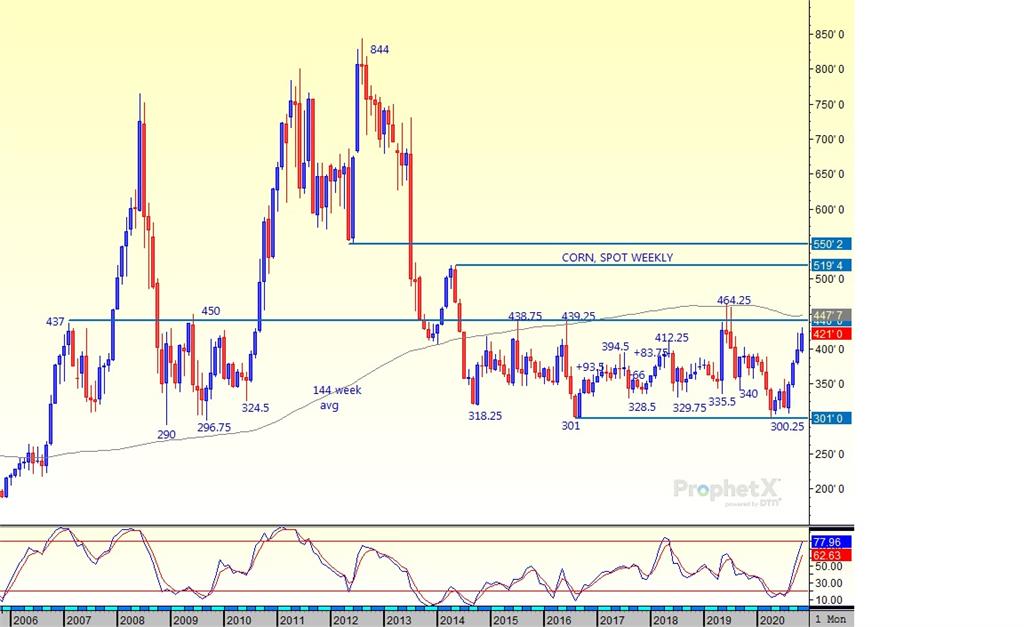