50 Million Acres
The outgoing Ag Chair Peterson has proposed a new bill that would basically double CRP acres in 5 years.  Rounded, that would mean an additional 25 M acres from row crops.  Peterson is in the running to be Ag Sec, so if he gets the job, then this bill has heft.  Where would these acres come from?  Feed grains plant about 100 Ma, wheat is 45 Ma, soy is near 90 Ma, cotton is at 12 Ma.  Maybe another 5 Ma could come out of wheat, but this crop is at the lowest level on our spreadsheet, starting 1975.  If this bill does pass, cotton could get dinged for 3/4 Ma, in areas and states with marginal yields.

Since the late 80s, total plantings (including set-aside, CRP) peaked near 400 M and have steadily slipped to 340 M.  However, the late 80s were when there were required set-asides, and this category has gone from ~75M to only 21 M today (all CRP).  Principal crop acreage has averaged 325 M, with a high/low of 338/305.  Next year's total plantings of principal crops is estimated at 323 M, right at the avg.

Unemployment was right at the expected 6.9%, causing the $ to make a new low, but only by a few ticks.  Regards the July/Dec spread, we were a little early on entry at +325, and were not watching when it spiked to +425.  It trades today at +250, and should be on a slow train south.  Even if the carryout is cut a bit, a high 6 Mb carryout represents 4.3 months of usage, which would mean the US would theoretically run out of stocks mid Dec next year, assuming no new crop cotton was used.  Thats more than plenty.  Eventually this spread will go to partial carry.


Note that the spot, Dec and Mar continuous charts have made nice star tops, and have confirmed the tops via lower closes this week.  Following a 25c bull run that has seen brief corrections, it appears this market has made a significant high at 73c. 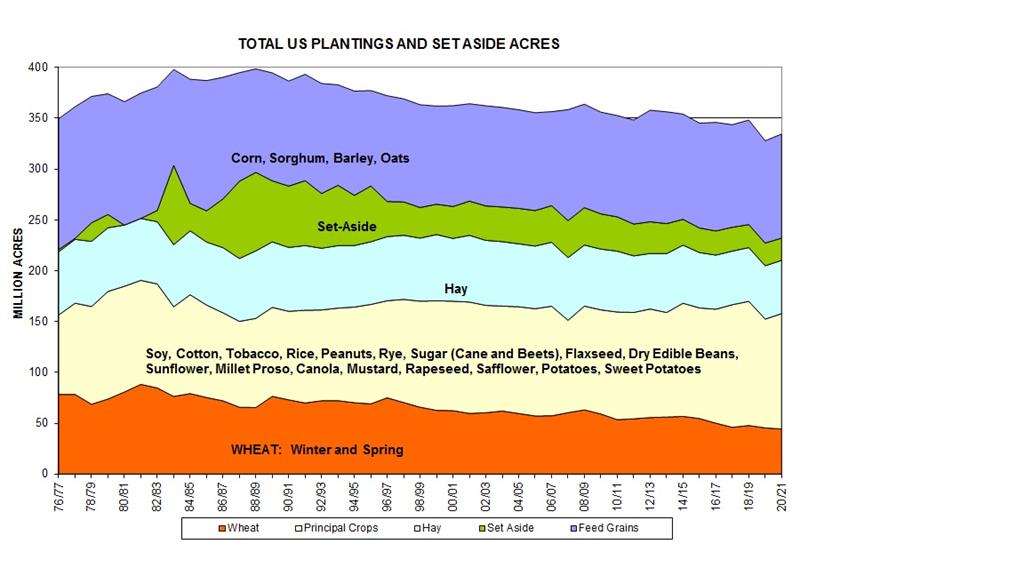