Sweep
One huge surprise from the election – the $ is up a little today.  No wild rise last night, no swings of over 1%, no gap down and plunge.  Just a boring unch to +10 as this was written.  The old Buckeroo just may have already priced in a Dem sweep of Uncle Sam's national elected houses, and is now looking forward.  We did find one gem of a quote about the current US economy, from Bill Gross (remember him?).  "This market is driven by intense speculation, but also by fiscally pumped, central bank-primed corporate earnings, which when discounted to present value by near zero nominal and in many cases negative real interest rates, produce record stock prices.  Bond yields accounting for inflation, are trading in subzero territory.  That means investors are earning very little on savings or are actually willing to lose money for the perceived safety of holding government bonds adjusting for inflation.  In that world, investors are being driven to riskier areas of the market.  And how many fiscal packages can the stock market stand before it realizes that GDP is now opioid-like, dependent on more and more dollars from Washington that turn our Republican supply-side capitalistic behemoth into a – gasp! – universal income-like slug, similar to Europe."

Our guess for price discovery now is about 20% balance sheet, 40% Chicago markets, and 40% $.  Another observation is that Dec 21 cotton has stayed within talking distance of grain markets, and should not lose acreage in big numbers.  77c is a bridge too far, and we suggest hedging another 10%.  The first 10% was hedged around 73c.

Cotton has reached rationing territory, even though its carryout has moved from a huge burden to one of comfortable.  Price action will depend heavily on Chicago markets, and the dollar.  We are looking for the USDA to lower US crop production by 200 kb next week, and raise exports by same, for a carryout around 5.25 Mb.  The resultant ratio is about 30%, which has a similar year in 15/16.  The high/low that year was 75c/56c. 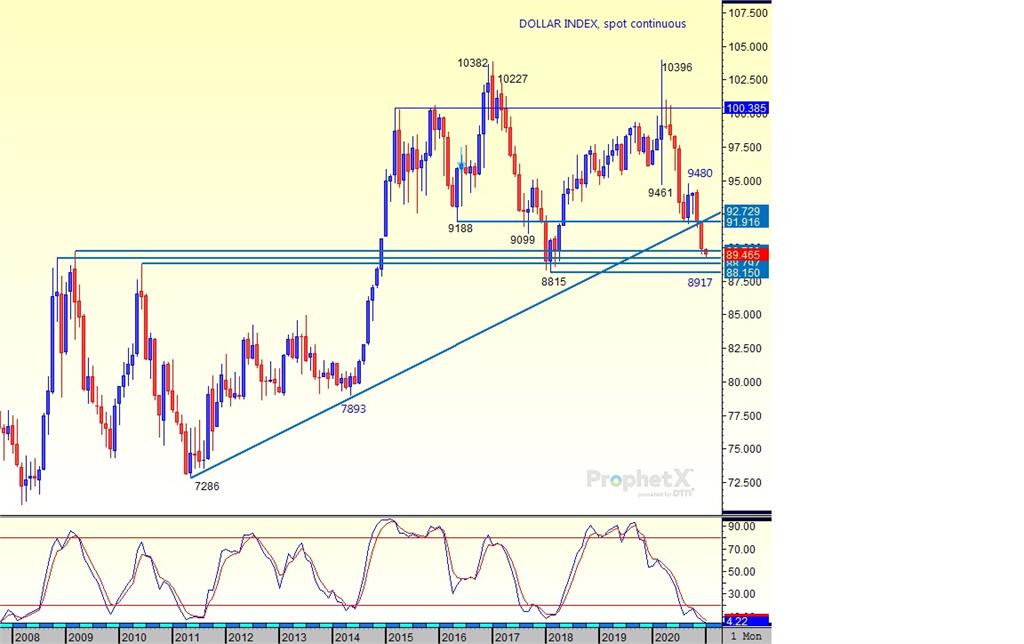