The Delta Visit
Delta's track has shifted a little to the west, now landfall is expected at Lafayette.  The highest forecast rain is in se Ark, 4" to 6".  The rest of the Delta is mainly in the 2" to 4" range.  Our location will be dead center of what's left of the eye, late afternoon Sat.  Repeating a bit, one should view the crop progress numbers as extremely late, and very local and personal.  There are no exact standards or criteria for deciding when cotton is harvested.  Our assumption for "harvest" was in module form.  That is obviously not used, as we saw hundreds of modules last weekend in 3 states, and the crop progress report did not reflect anything near what "your own lyin' eyes" suggest.  By the time of Delta's arrival, our guess is that LA will be 75%, MS will be 60%, Ark will be +50%, and TN at 35%.  That means bales in module form, wherever they sit.

All eyes will be on US production, to see how the USDA estimates the crop after a series of storms ran across Dixie.  Regards sales tomorrow, perhaps 1/4 Mb, but our counts recently have been erratic.

We were relieved of spec shorts, thanks to Delta and the ongoing rush into ag commodities by money flow.  The report survey for production was an avg of 16.75 Mb, a little high relative to several analysts that confided in their own numbers to us.  A couple see production as low as 16.0 Mb, and one trader yesterday said he would not be surprised to see production at 15.5 Mb, after Delta does her damage.  If true, that would be a loss of 4.5 Mb from estimates in May and June.  Lower production also bleeds into exports, and this line item is expected to continue on the standard 60% ratio of total supply, for now.  Lower exports also make sense when considering the massive supply of cotton in major producing countries, such as Brazil and India. 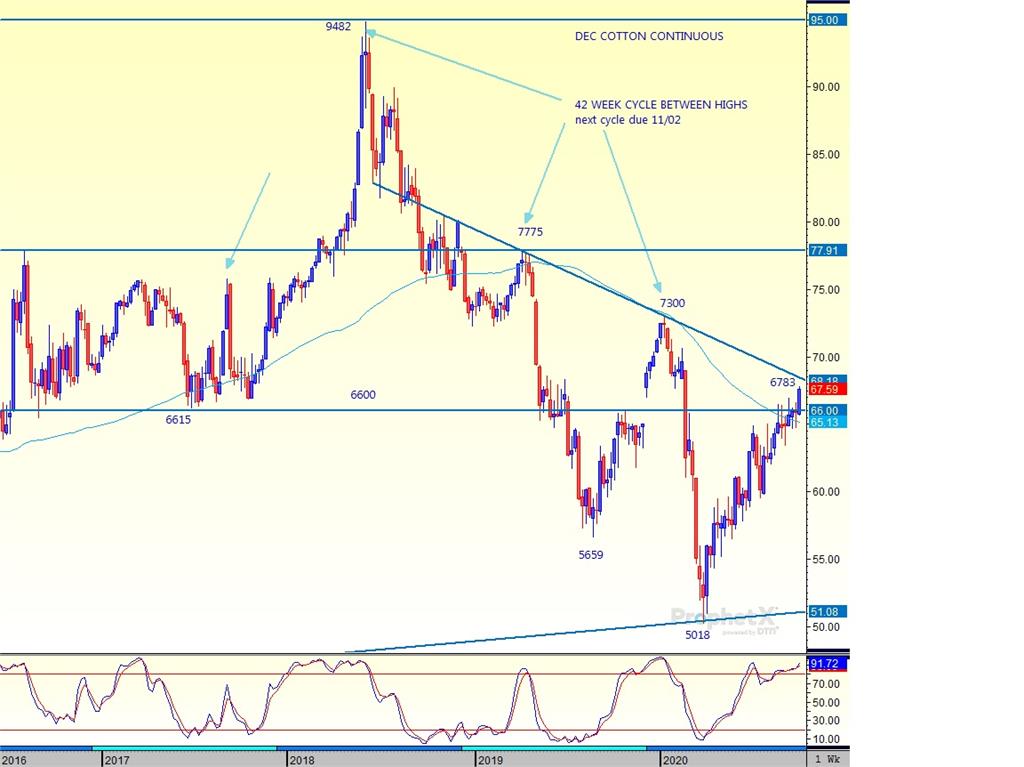