Great Expectations
One trader opined that US end stocks would have a "3" in front.  That certainly whiffed, and that argument has shifted to "wait till next month."  OK, and we agree that end stocks could slip a little more, as classings seem a little shy, and current export demand seems a little better than the report numbers.  Maybe the end stocks will creep down to our estimate, 4.1 Mb.

World numbers were a small surprise.  We had India's end stocks dropping 1/2 Mb, but they got stuck for a 1.3 Mb drop.  The phantom stocks theory has held that end stocks in 18/19 and 19/20 were lower by 2 to 6 Mb, but the adjustment in this report was all in current crop.  China's crop size jumped by 1.5 Mb, a surprise, and use followed almost as much with an increase of 1.0 Mb.  China's end stocks are now 37.3 Mb, and a whisker away from 40% of world stocks.  Their end stocks/use ratio is a staggering 95%.

If there was another surprise, it had to be the Pak, which is experiencing a terrible production year.  This line item was actually raised 200 kb to 4.5 Mb, giving this country a little relief.  The Pak has been a hungry buyer of US cotton of late. 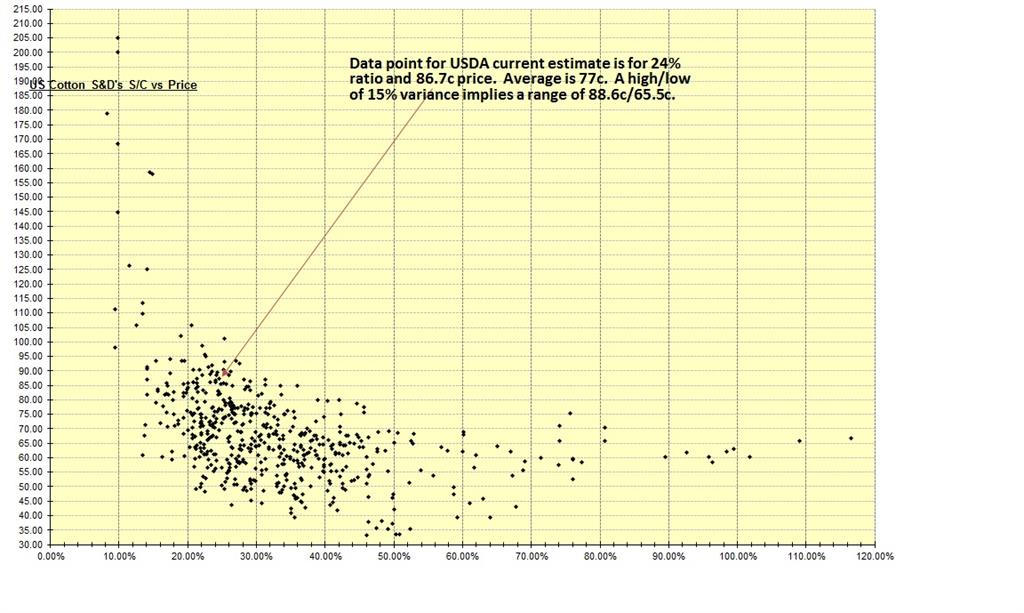 Chart of the Day: Momentum’s Move