Mostly a Miss
Forecast for Lubbock is stuck at 1/4" total for the front passing through. To the ne, Pampa is much better, with almost 1" total today and tomorrow.  Snyder, in the se of the 4 W TX districts, will get 1/2".  1S is by far the larger cotton producer, so it looks like meaningful precip will once again only tease this district.

China's share of world end stocks has eased higher toward 40%, and when combined with India, these 2 countries hog 58% of world stocks come 1 Aug.  The US has 4.4%, and is the main price discoverer, so that is mostly why price has surged to 95c.  There remains the theory that some of India's cotton is thin air, but the USDA has refused to bite on this.  Yet.

Chart below (left axis should read Bales x 1000) shows just how stuffed the world is with cotton, this year being 2nd highest all-time.  The ROW stocks have dropped from 64Mb to 57.3 Mb, a cut of 6.7 Mb, the majority of this cut due to US production dropping from 20 Mb last spring to less than 15 Mb now.  Even though the chart suggests lower prices, the US sets the price and stocks have gotten dramatically smaller in 11 months.  We are flat spec positions, and remain 50% hedged for planters.


It is uncertain if the "big timing event" due in March has occurred at the May low of 8287, or if it is just ahead.  It is also possible that the 2 long term timing events based on Fib numbers of 144 months and 233 months may have occurred on 2/25.  This high came only 2 trading days prior to March, so it is a definite possibility.  And, that high was a major top, one that coincided with 2 others.  For the near term, cotton has found a rather large 13c trading range, whereby a chop and slop pattern has emerged.  The 21 day avg at 8920 is short term resistance, as 2 intra-day highs on 3/04 and 3/08 were made there. 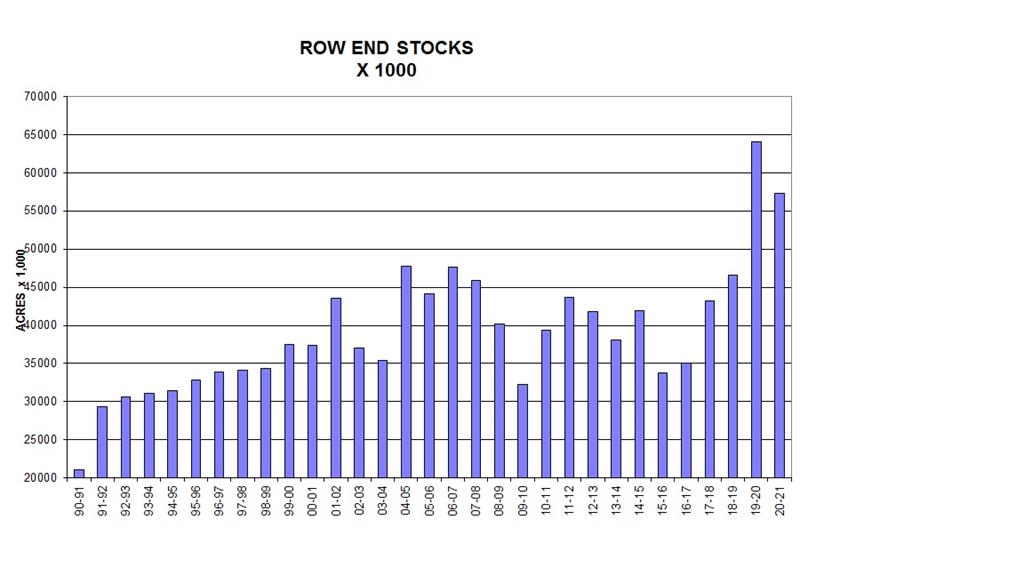 $ up, cotton down, easy money.