The second wave of a rolling bear market is about to begin, says top forecaster 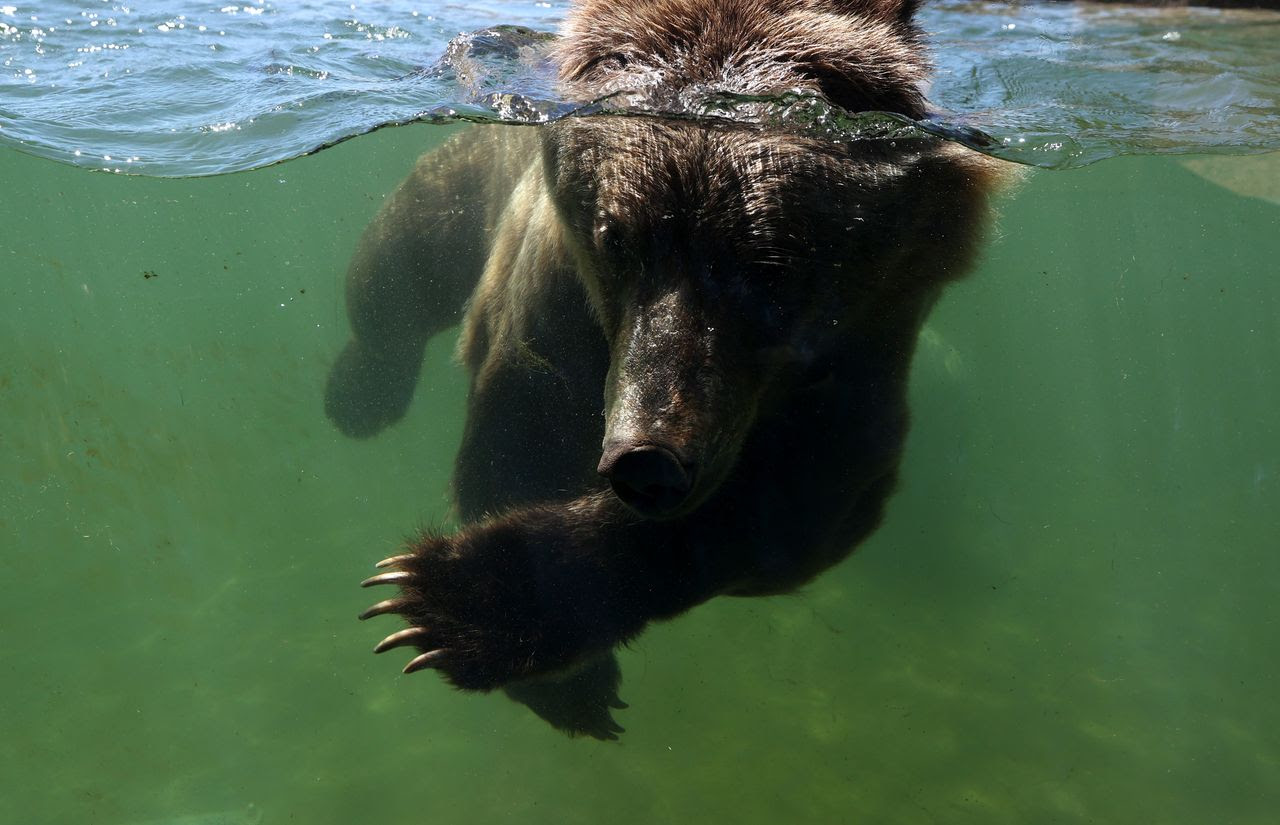 A recent spate of stock drops, exacerbated by signs of a second wave of the coronavirus pandemic, is unsettling to say the least. The market selloff of last spring was brief, but brutal.

Our call of the day is from Yves Lamoureux, the president of macroeconomic research firm Lamoureux & Co., who says the second COVID-19 wave is about to usher in another stock pullback

Lamoureux, who correctly predicted a panic event of 2018, originally forecast a three-part rolling bear market up to 2022. In mid-March, he told this column that a market bottom was near, and it arrived a few days later on March 23 — the S&P 500 SPX has since recovered 44%. That was Part 1.

“So we have a second wave coming, we have very wealthy people taking profits [on stocks] and we see a lot of speculation in the market. I think the market is going to start to go down again,” Lamoureux told MarketWatch recently. This selloff phase will start slow and extend into 2021, he added. Another big bounce will follow that, with a final drop to come perhaps near 2023.

He said one way to get ready is by investing in special purpose acquisition companies (SPACs), or shell companies, which raise money via an initial public offering to buy or merge with another company, usually within two years of listing. He said given shares of such companies are around $10, losses aren’t too severe in a stock market drop.

Last month, automotive technology company Luminar, which works with Volvo SE:VOLV.B and other top auto makers, agreed to go public through a merger with GMHI. That taps into a theme he likes — self-driving cars and trucks.

And that segues into a bigger, long-term call that he said is on few radars — deflation. He sees three drivers for this — robotic and other automated technologies that push workers out of jobs, a big drop in oil prices amid rising demand for greener energies, and a 20-year decline in real-estate prices.

“Eventually we’re out of the pandemic, but we’re facing these three big threats that are as big as the pandemic,” he said. “What do you expect once you get out of this pandemic? This is what is awaiting, and that has major consequences for investments.”

And the ultimate deflation asset is bitcoin, he said. He added that companies are also waking up to cryptocurrency importance, such as business intelligence firm MicroStrategy MSTR, which recently announced it will use bitcoin as a primary treasury reserve asset instead of Treasury bills or cash.

Lamoureux recommends a basket that holds the second largest cryptocurrency after bitcoin — Grayscale Ethereum Trust ETHE. He thinks ethereum has more catching up to do versus bitcoin and is a decent bet going into 2021.

“Technology goes fast; you can’t see what’s coming, but there’s too much concentration in these five stocks. That’s the risk of not seeing the future and having all this money into five stocks. I think it spells a lot of trouble, like we saw in 2000.”

Initial and continuing weekly jobless claims are ahead, along with new home sales. Federal Reserve Chairman Jerome Powell will testify over the pandemic relief Cares Act in his third day of testimony on Capital Hill. St. Louis Fed President James Bullard and several other Fed officials will speak elsewhere.

Protests erupted in Louisville, Kentucky and elsewhere after a grand jury decided not to indict police officers over the shooting death of 26-year old Breonna Taylor in her home.

When asked whether he would commit to a peaceful handover of power after the November election, President Donald Trump said: “We’ll have to see about that.”

Goldman Sachs has slashed its U.S. fourth-quarter growth forecast from 6% to 3%, based on the expectations a U.S. stimulus package won’t happen this month. Its chart shows what that lack of extra help will look like: 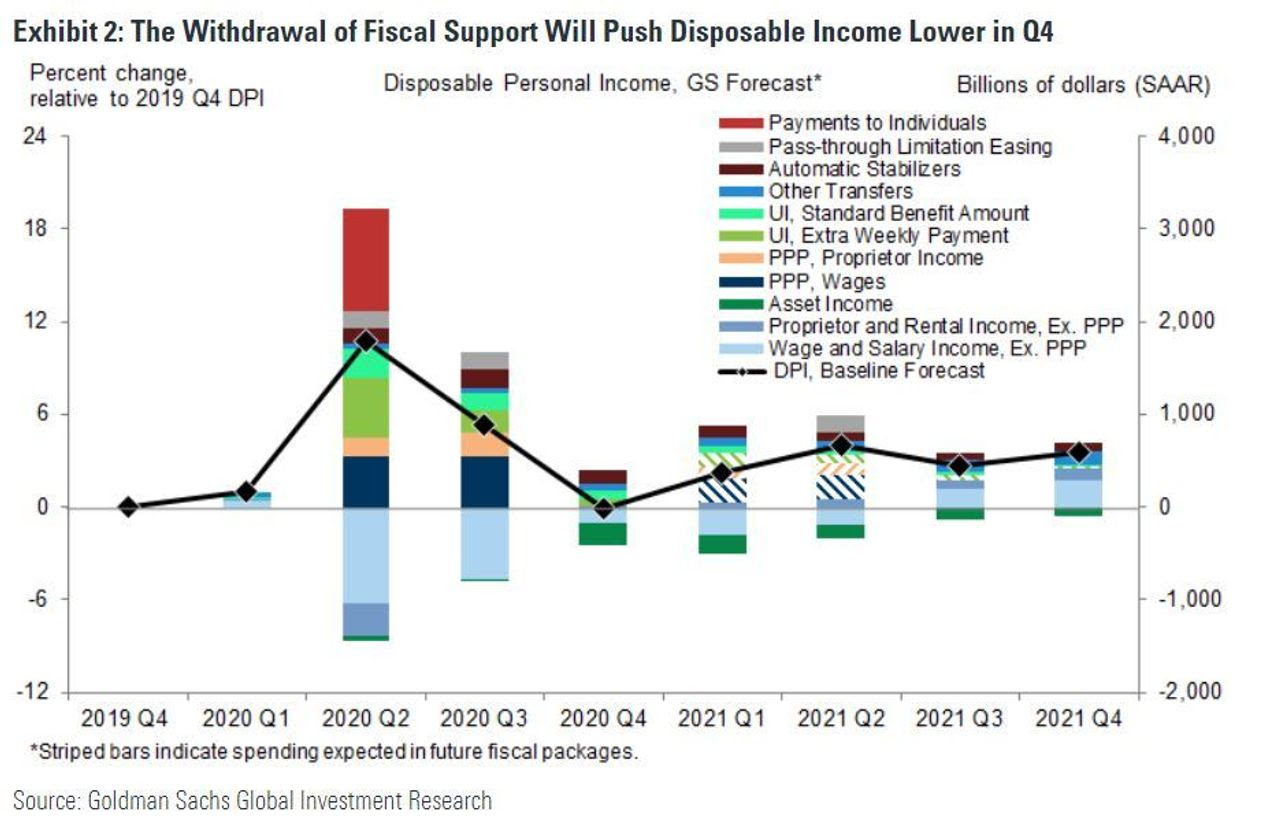