Greatest Wall St rally of all-time. Maine Street is like, what…? 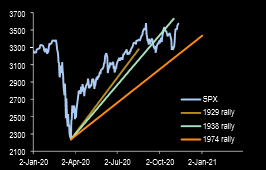 New highs in US cases and hospitalizations

Friday stats: 225k cases, and 2,563 deaths. There are 101,276 people currently hospitalized with COVID-19 in the US. Both case and hospitalization counts surpassed yesterday's all-time highs. 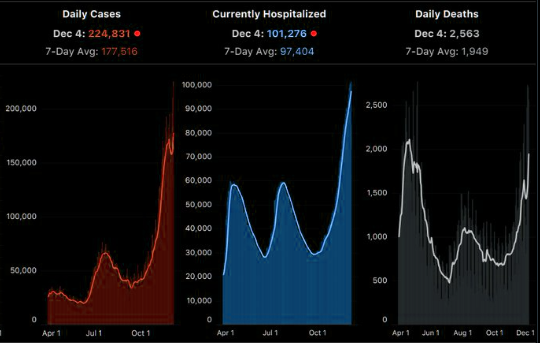 US leads the ICU stats 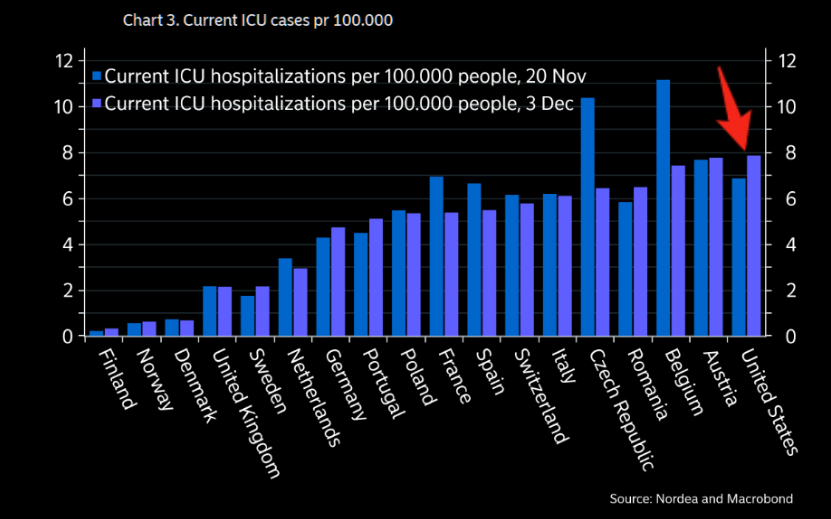 We are running out of time as year end is approaching, but "big" things can happen in December as well.

US 10 year seriously starting to "flirt" with the huge 1% level…and MOVE starting to revive. 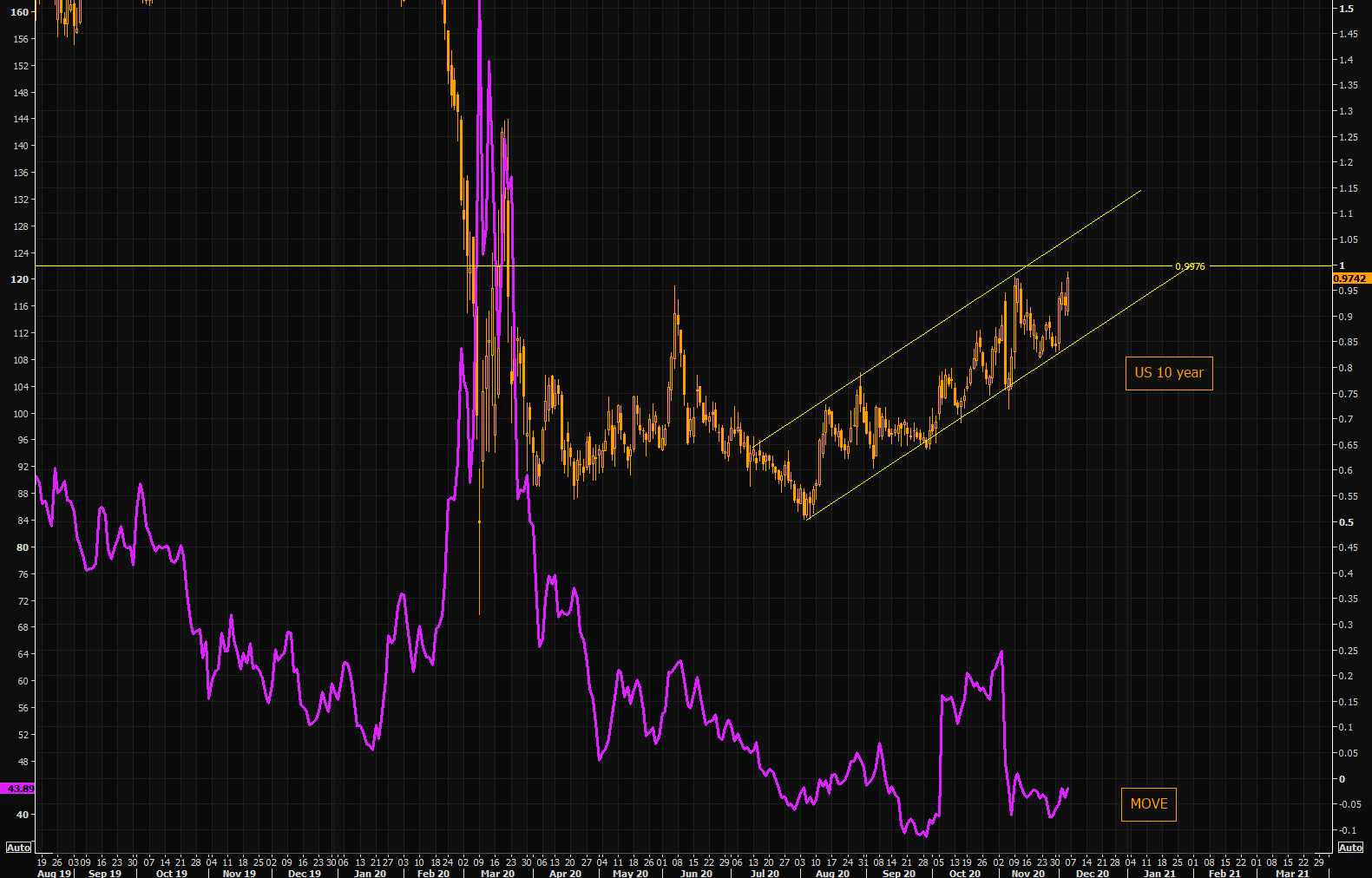 If equities ever goes down again we're going to look back at all these sentiment indicators and say "Of course; it was obvious." 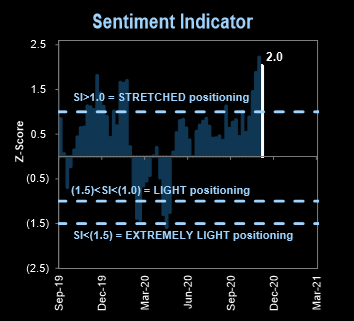 Will shorts be at zero before this is over? 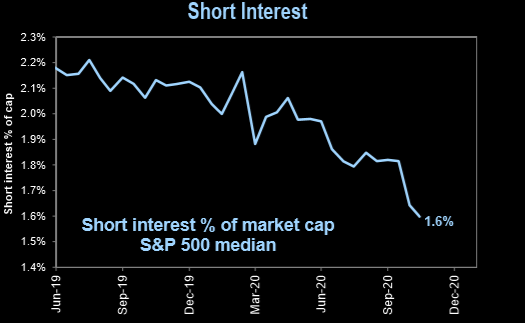 Flow & Liquidity boss Nikos at JPM tells it as it is:

1. Similar to the end of 2017/beginning of 2018, there appears to be a clear consensus currently in terms of year-ahead trading themes.

2. Unfortunately, the consensus view rarely plays out in its entirety 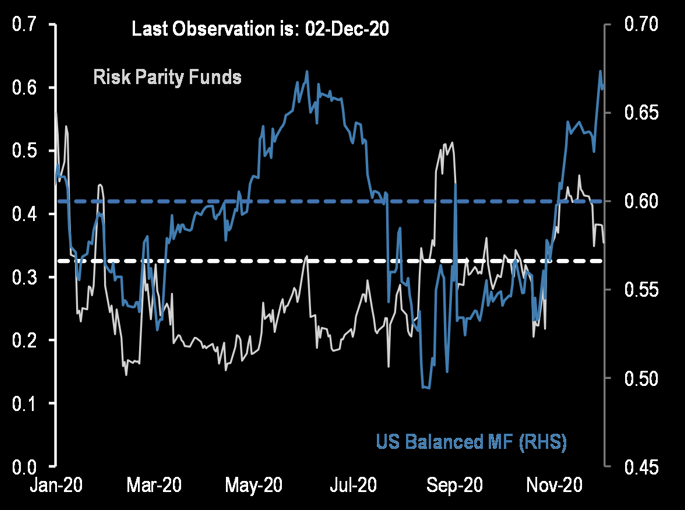 The chart shows the cross-sectional standard deviation of daily returns for the constituents of the MSCI Europe & US indices. 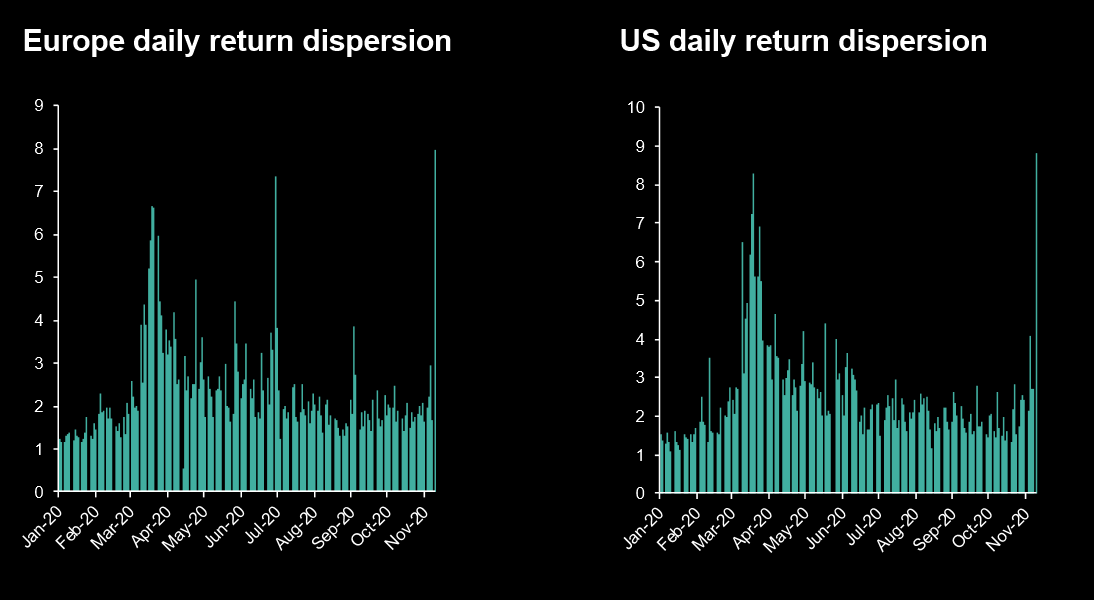 USD positioning: back to selling again 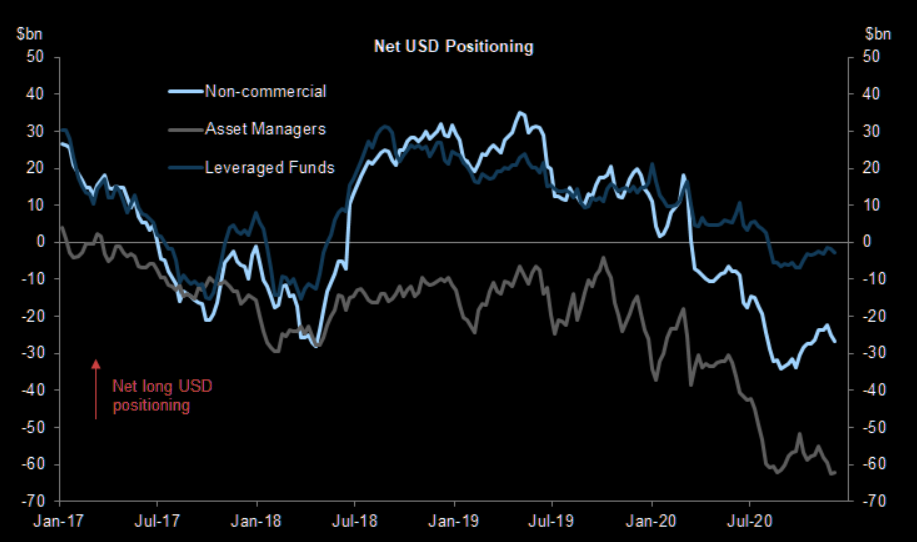 Tesla top – many have tried but most have failed, but maybe this time…

….is different? At least in the short term.

As Spotgamma outlined the surge in call volumes before the stock took out 500 accurately, they are now noting that almost 40% of the gamma expires on Friday, which could be a potential "technical gamma" factor that makes Tesla reverse.

Let's see…it printed 600 in after hours on Friday….

MSTR's Saylor has been the king of Bitcoin lately after the perfectly timed purchases earlier this year.

Now he is adding to the "prop bet", investing another $50 mill. As he tweeted on Friday:

"MicroStrategy has purchased approximately 2,574 bitcoins for $50.0 million in cash…"

We outlined our MSTR "arbitrage" logic earlier in November suggesting MSTR was lagging Bitcoin. The stock was trading at 188 back then, now at 328. The big "arbitrage" trade is over, but we are watching the two closely as MSTR is becoming more and more a Bitcoin play, and that one moves both ways…

As MSTR writes on their site:

"Bitcoin is not a currency, nor is it a payment network. It is a bank in cyberspace, run by incorruptible software, offering a global, affordable, simple, & secure savings account to billions of people that don’t have the option or desire to run their own hedge fund."

So far MSTR has acted just like you should when you trade, add to trades that work, but you have to master managing risk, ie what is your plan of action if the trade goes further up, or starts moving lower?

MSTR market cap since our early November post is up approx. $1.3bn, while MSTR's BTC position has increased by some $250 mn since early November…

One thing is sure, watch these two play out going forward…. 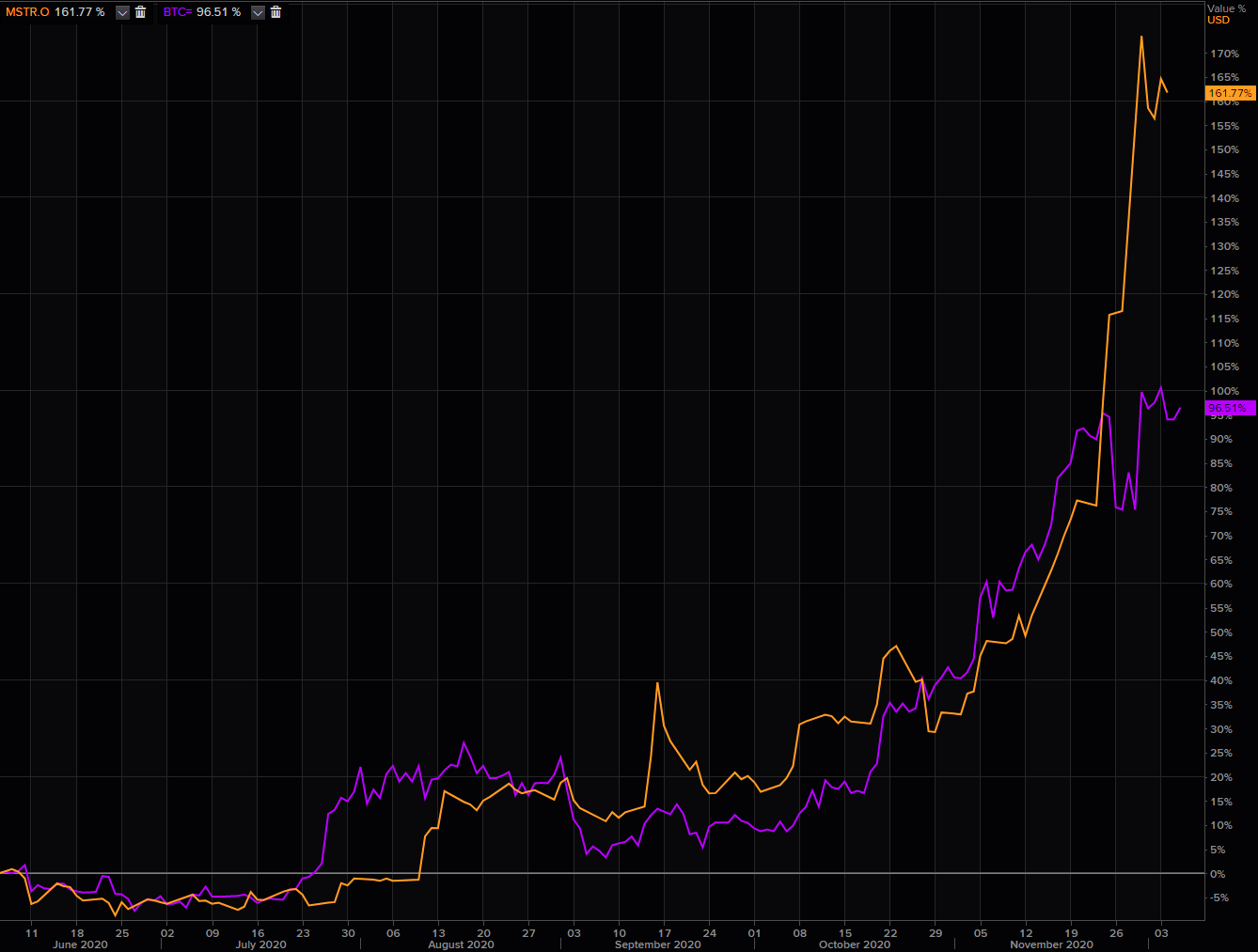 "This time is different…"

"No inflation for our time…."

“The horse is here to stay but the automobile is only a novelty—a fad.”

“There is no reason for any individual to have a computer in his home.”

“If excessive smoking actually plays a role in the production of lung cancer, it seems to be a minor one.”

“There’s no chance that the iPhone is going to get any significant market share.” 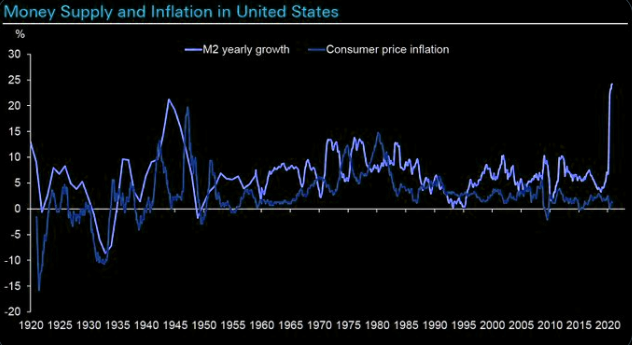 By now everybody should know the relative importance of options these days, where the stock market has become a derivative of the options markets. 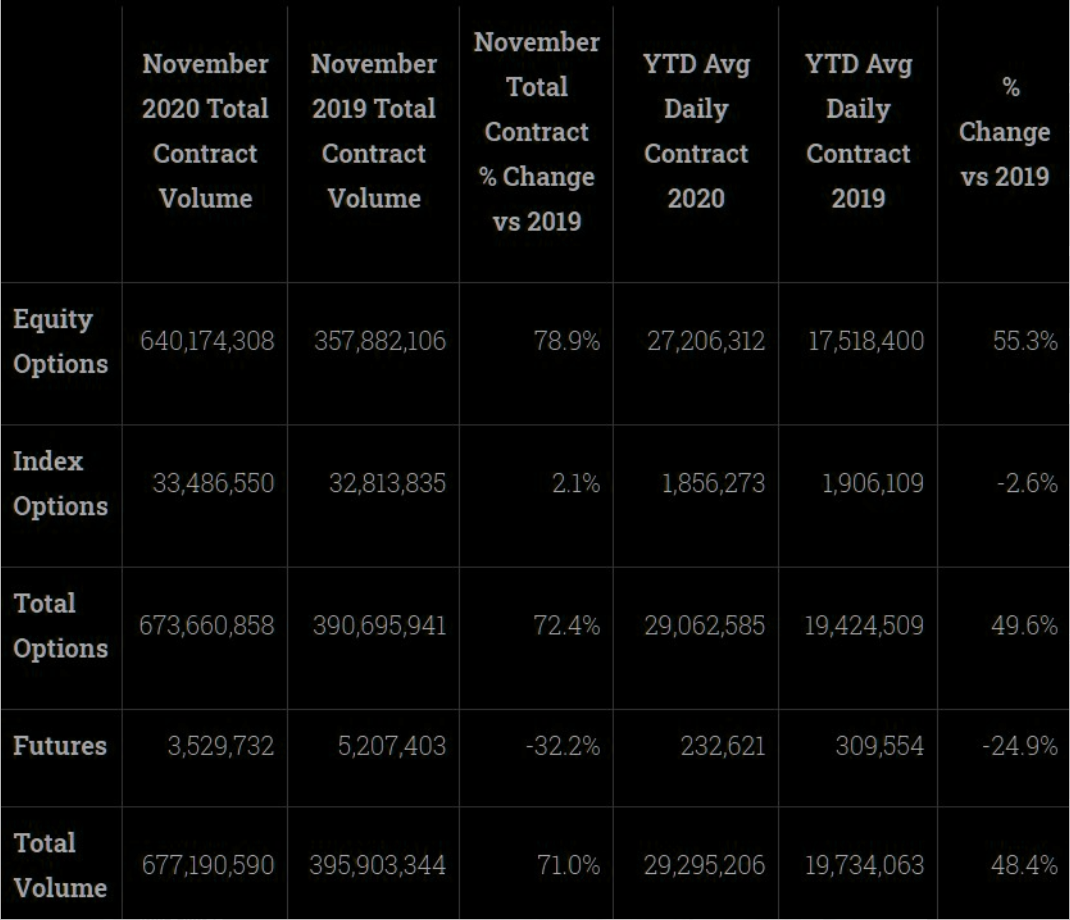 The bull in call options – thank you Fed

Do you think sales of Natenberg's "Option volatility and pricing" has had the same parabolic chart?

Probably not, but it should…. 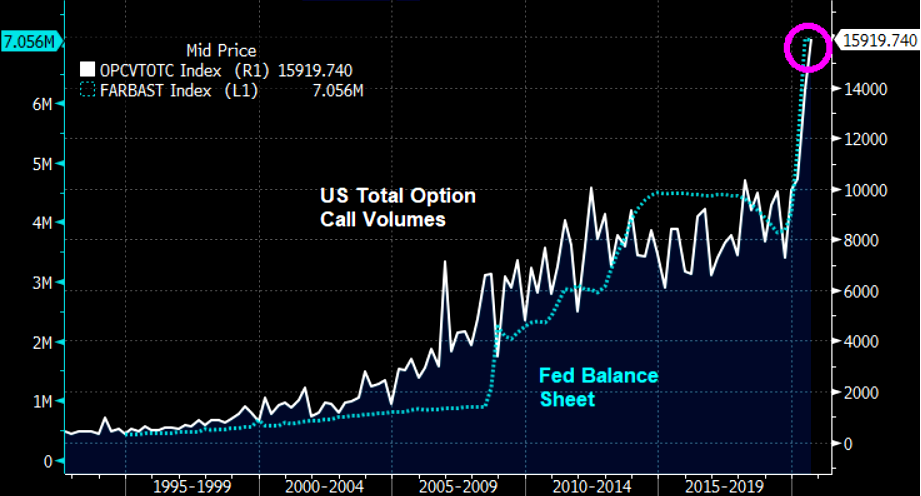 They say if they aren't talking about you then you are not relevant, a lot of talk about oil over the last 3 weeks, we have been more concerned for the last 6 months though about interest as in open interest (liquidity)….green shoots here, perhaps oil is relevant again?

Note the recent oil volatility crash (chart 2). Taken together with rise in open interest, oil is back to being "tradable". Now just pick long or short… 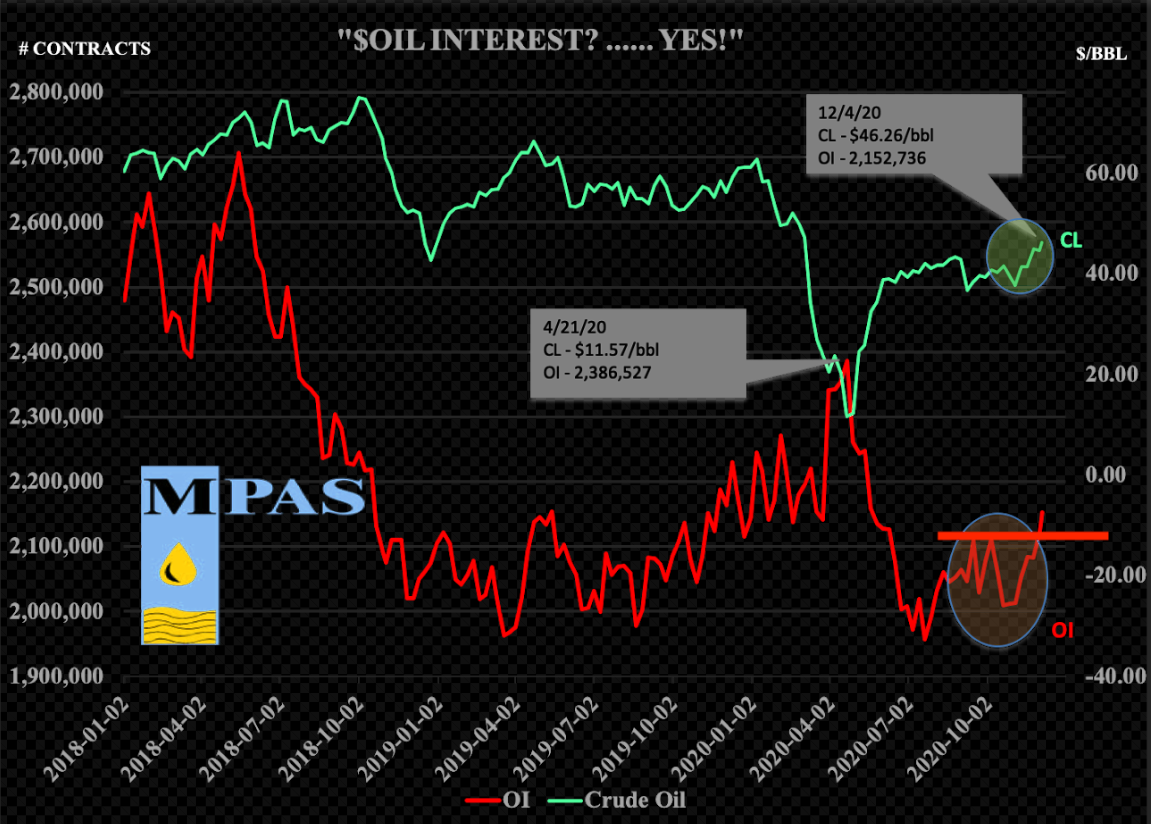