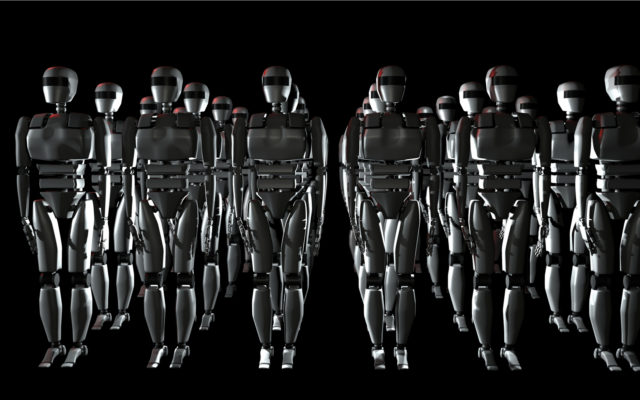 The TRON network showed statistics out of the ballpark in comparison to Ethereum and EOS. Multiple accounts, new distributed apps and activity picking up – those seemed to be an indicator for one of the most robust crypto ecosystems, however new research suggests otherwise.

A study conducted by AnChain shows there is overwhelming bot activity on the TRON network, made possible by the very protocol for producing TRON blocks through Super Delegates. New analysis shows that the reported activity of TRON distributed apps may be the result of deliberately deployed bots.

“Analyzing the Top 10 gambling Tron DApp transactions in Q1 2019, we have determined that blockchain bots contribute to 30.7% of unique accounts and 19.3% of transactions,” the team discovered.

AnChain also discovered that bot activity is not evenly distributed, and affects only certain apps. Top TRON dApps, at least in Q1, showed almost no bot activity. Currently, the top dApp on TRON is 888TRON, a gambling and gaming offer. The second dApp is BeeHive, marked as high-risk, and WINk gaming is on the third spot. Top dApps invite thousands of users per day.

According to TronScan, the network has 3.76 million unique accounts, constantly growing over the past year. The research confirms the suspicion that not all account creation is organic.

In the third quarter of 2019, TRON reportedly added 500,000 users of its mainnet, based on the newest Dapp Report. The TRON network is yet to overtake Ethereum, and its dApps have a specific profile – most of them are for various forms of gambling. In the past quarter, TRON added the WINk (WIN) token and a prominent gambling app, which immediately sprung to extraordinary activity.

TRON gambling apps also show a marked growth of users in comparison to similar apps on the Ethereum network. One of the reasons is that the Ethereum dApps need constant gas payments, while the usage of TRX and tokens is free.

Despite the high network activity, and the hyping of flagship side projects like BitTorrent Token (BTT) and WINk, the market price of TRX is depressed. TRX slid to $0.015, with no signs of recovery.

What do you think about bot activity on the TRON network? Share your thoughts in the comments section below!