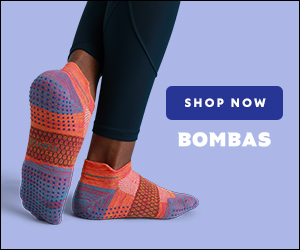 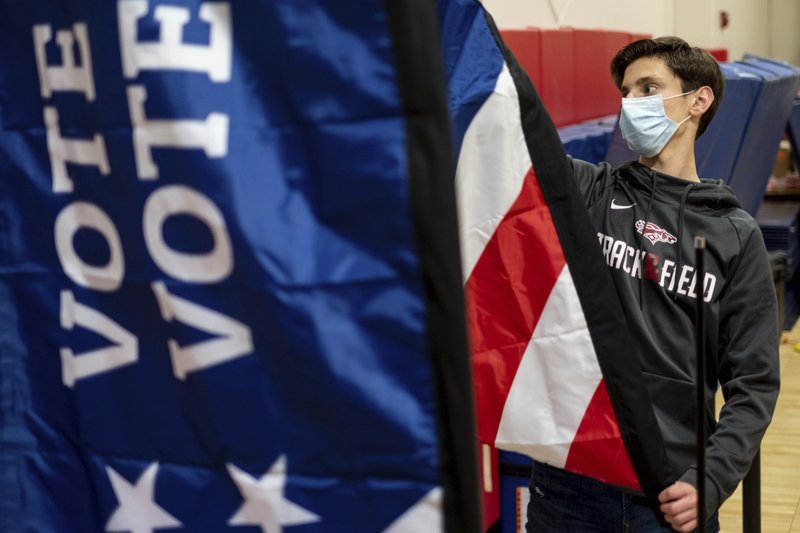 Decision day in Georgia with critical US Senate majority up for grabs; Biden, Trump warn of high stakes; Analysis: With call, Trump shows no limit to his power grab

“Georgia, the whole nation is looking to you. The power is literally in your hands.

"You've got to swarm it tomorrow.” — President Donald Trump.

Georgia voters will decide the balance of power in the U.S. Congress in a pair of high-stakes Senate runoff elections today, Steve Peoples and Bill Barrow report from Atlanta.

The vote will help determine Biden’s capacity to enact what may be the most progressive governing agenda in generations. Democrats must win both races to gain a Senate majority in Washington.

Republicans are unified against Biden’s plans for health care, environmental protections and civil rights. But some fear that Trump’s brazen attempts to undermine the integrity of the nation’s voting systems may scare away Georgia voters.

The results also will help demonstrate whether the sweeping political coalition that fueled Biden's victory was an anti-Trump anomaly or part of a new landscape. Biden won Georgia’s 16 electoral votes by about 12,000 votes out of 5 million cast in November.

Democratic success will likely depend on driving a huge turnout of African Americans, young voters, college-educated voters and women, all groups that helped Biden become the first Democratic presidential candidate since 1992 to win Georgia. Republicans, meanwhile, have been focused on energizing their base of white men and voters beyond metro Atlanta.

Trump-Electoral College: With mounting desperation, Trump declared he will “fight like hell” to hold on to the presidency. He's appealed to Republican lawmakers to reverse his comprehensive election loss to Biden when they convene to confirm the Electoral College vote. He shouted his objections to his loss, which he falsely insists was a victory, at a long rally in Georgia last night, Lisa Mascaro, Mary Claire Jalonick and Kevin Freking report.

Analysis: Trump’s ongoing efforts to overturn the election results — laid out in stark detail in an hourlong weekend phone call with a Georgia election official — demonstrate his determination to maintain a grip on power regardless of the consequences. Once more testing the limits of presidential power, Trump has ventured into uncharted and dangerous territory. He's the first president who lost an election to try to hang on by rejecting the will of the voters and casting aside the results of the Electoral College enshrined in the Constitution, Jonathan Lemire and Kate Brumback write.

Pence's Quandary: Vice President Mike Pence has been Trump’s most loyal soldier, dutifully backing the mercurial leader through one chaotic situation after another. Now Pence is facing the most precarious position of his tenure, caught between the president and the Constitution, when he presides over Wednesday's congressional tally of Electoral College votes. It's the last front in Trump’s attempts to overturn Biden’s victory. Trump and his supporters are pressuring Pence to intervene even though there's nothing he can do to reverse the outcome. Pence is expected to hew to his limited, constitutionally mandated role. Zeke Miller and Jill Colvin report. 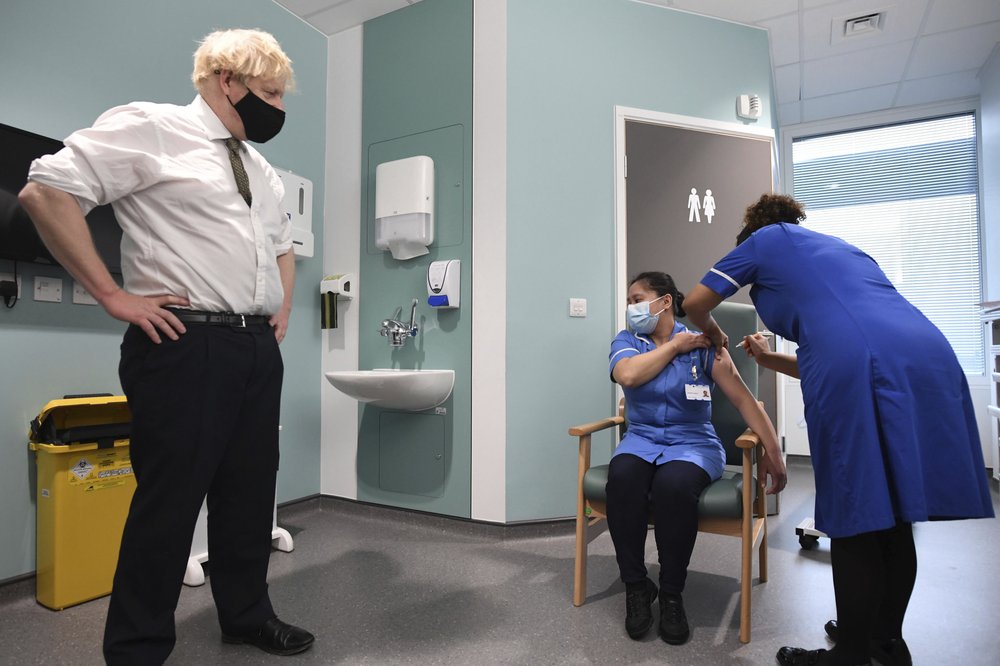 Ten months after its first national lockdown, Britain is again imposing the stiffest restrictions on its people as it tries to control a sky-rocketing surge in coronavirus infections blamed on a more contagious virus variant.

Prime Minister Boris Johnson announced a new national lockdown for England until at least mid-February, saying in a televised address that people must stay at home again, as they were ordered to do when the pandemic erupted in March, Danica Kirka and Sylvia Hui report from London.

Johnson warned ''the weeks ahead will be the hardest yet'' because the virus variant was spreading in a “frustrating and alarming” way. He added that British hospitals are under more pressure from the virus now than at any time during the crisis.

Beginning today, schools and colleges will be closed to in-person learning except for the children of key workers and vulnerable pupils. People were told to work from home unless it’s impossible to do so.

Hours earlier, Scotland's leader, Nicola Sturgeon, also imposed a lockdown there with broadly similar restrictions that runs until the end of January.

The announcements came on the same day that U.K. health authorities became the first in the world to begin using the Oxford-AstraZeneca vaccine, fueling hopes that life may begin returning to normal by the spring.

British authorities have recorded more than 50,000 new infections daily since passing that milestone for the first time on Dec. 29, and the country's confirmed death toll is now over 75,000.

France Vaccines: France's cautious approach to its virus vaccine rollout appears to have backfired. Only about 500 people were vaccinated in the first week, compared to 200,000 in neighboring Germany, rekindling anger over the government’s handling of the pandemic. The slow rollout was blamed on mismanagement, staffing shortages over the holidays and a complex consent policy designed to accommodate vaccine skepticism among the French public. Doctors and opposition politicians are pleading for speedier access to vaccines. Angela Charlton reports from Paris. 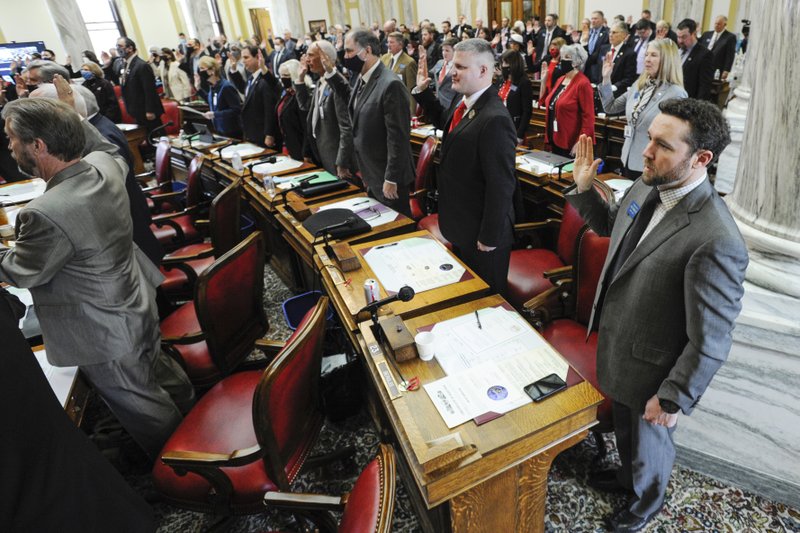 US statehouses could prove to be hothouses for virus infection; US regulator weighs in on vaccine dosing debate

As lawmakers around the U.S. convene this winter to confront the COVID-19 pandemic, statehouses themselves could prove to be hothouses for infection.

Many legislatures will start the year meeting remotely, but some Republican-controlled statehouses, from Montana to Pennsylvania, plan to hold at least part of their sessions in person, without requiring masks, Amy Beth Hanson reports.

Public health officials say that endangers the safety of other lawmakers, staffers, lobbyists, the public and the journalists responsible for holding politicians accountable.

The risk is more than mere speculation: An AP tally finds that more than 250 state lawmakers have contracted the virus, and at least seven have died.

In the meantime, the first Americans inoculated against COVID-19 began rolling up their sleeves for their second and final dose.

New York State announced its first known case of the new, more contagious variant, detected in a man in his 60s in Saratoga Springs. Colorado, California and Florida have previously reported infections involving the variant that has been racing through London and southeast England.

The emergence of the variant has added even more urgency to the worldwide race to vaccinate people against the scourge.

EXPLAINER: US regulator weighs in on vaccine dosing debate. The first Americans vaccinated against COVID-19 are getting their second dose while Britain is postponing boosters. Exactly when to give the shots varies by country, and a debate over what's best is adding to public confusion, Lauran Neergaard reports. 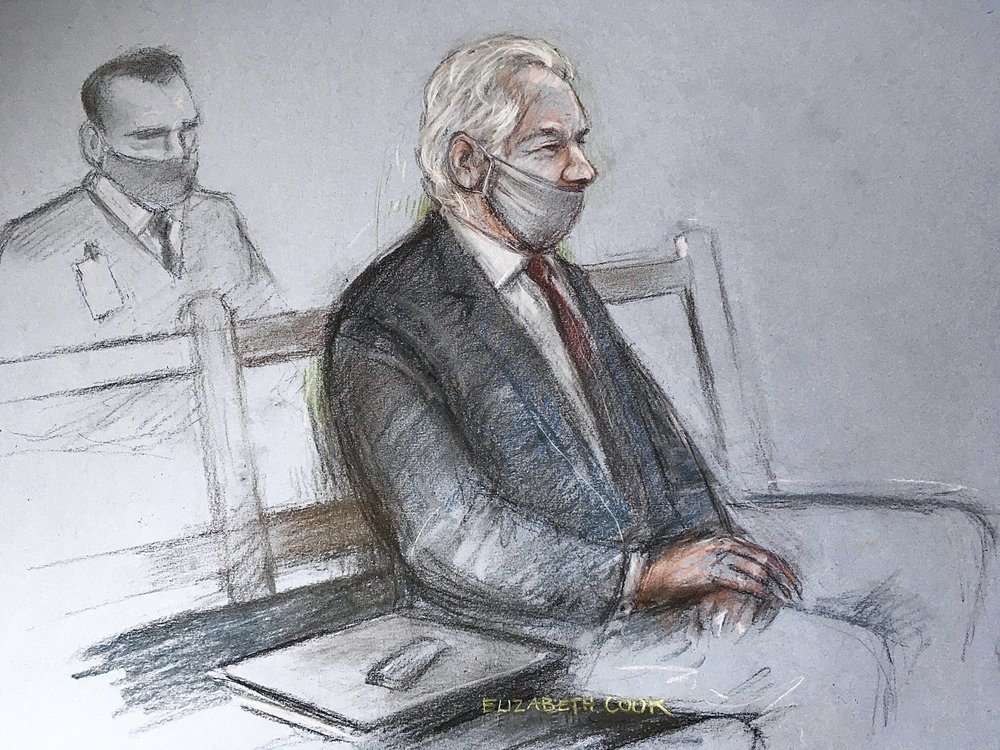 A British judge rejected a request by the United States to extradite WikiLeaks founder Julian Assange to face espionage charges, saying it would be “oppressive” because of his mental health.

The District Judge said Assange was likely to kill himself if sent to the U.S., Jill Lawless reports from London.

The judge said there was a “real risk” Assange would be sent to the Administrative Maximum Facility in Florence, Colorado. It's the highest security prison in the U.S., also holding Unabomber Theodore Kaczynski and Mexican drug lord Joaquin “El Chapo” Guzman.

The U.S. government said it would appeal the decision. U.S. prosecutors have indicted Assange on 17 espionage charges and one charge of computer misuse over WikiLeaks’ publication of leaked U.S. military and diplomatic documents a decade ago.

Lawyers for Assange argue that he was acting as a journalist and is entitled to First Amendment protections of freedom of speech for publishing documents that exposed U.S. military wrongdoing in Iraq and Afghanistan. They said they would ask for his release from a London prison where he has been held for more than 18 months at a bail hearing on Wednesday.

Lawyers for the U.S. government denied that Assange was being prosecuted merely for publishing, saying the case “is in large part based upon his unlawful involvement” in the theft of the diplomatic cables and military files by U.S. Army intelligence analyst Chelsea Manning.

Qatar’s ruling emir has arrived in Saudi Arabia to attend a high-level summit of Arab leaders, following an announcement that the kingdom would end its yearslong embargo on the tiny Gulf state. Sheikh Tamim bin Hamad Al Thani arrival in the kingdom’s ancient desert city of Al-Ula was broadcast live on Saudi TV. He was seen descending from his plane and being greeted with a hug by Saudi Crown Prince Mohammed bin Salman.

Afghan negotiators are to resume talks with the Taliban on a peace deal for their shattered nation amid waning hopes, frustration over a spike in violence and finger-pointing from all sides. The stop-and-go talks also come amid growing doubts over a U.S.-Taliban peace deal brokered by outgoing President Trump. Expectations are low in the new round that starts today as both the government and the Taliban wait to see what the incoming Biden administration's stance will be. Distrust runs deep and the two sides are still working out how to tackle a daunting agenda that includes power-sharing, a cease-fire, disarming armed groups and preserving civil rights.

The New York Stock Exchange says it no longer plans to remove shares of three Chinese state-owned phone carriers under an order by President Trump. The exchange cited “further consultation” with U.S. regulators but gave no other details of its decision. The NYSE announced plans to remove China Telecom Corp. Ltd., China Mobile Ltd. and China Unicom Hong Kong Ltd. after Trump’s order in November barring Americans from investing in  companies deemed to be linked to the Chinese military. The Chinese government has accused Washington of misusing national security as an excuse to hamper competition.

Study: Warming already baked in will blow past climate goals

A new study says the amount of global warming already baked into the air because of past carbon pollution is enough to blow past internationally agreed upon climate limits. The study takes a different look at what's called committed warming that comes from heat-trapping gases staying in the atmosphere for more than a century. This new way of looking at it says the world's going to warm another couple degrees from now, going past the goals of the Paris climate accord. But study authors say that baked-in warming can be delayed for centuries depending on what society does next. 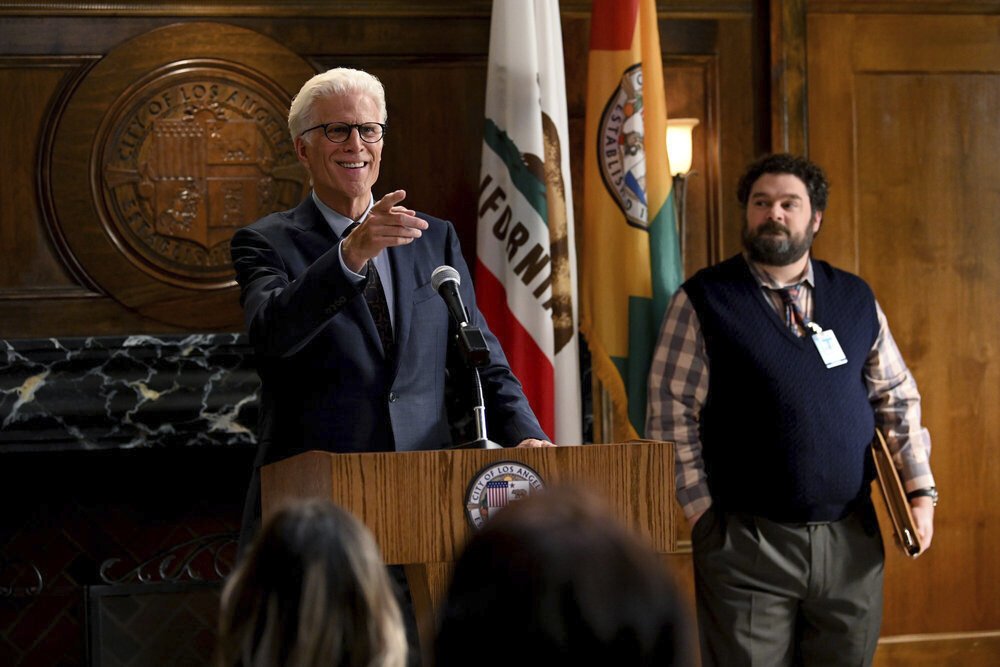 TV Review: Ted Danson and Holly Hunter combine for comedy 'Mr. Mayor'; It's anything but political.