Massive ramp today in equities, as the S&P Futures (ES) rip higher by 17 handles on no major news, except for the fact that Syria and Russia came up with a plan for Syria to relinquish their supposed “chemical weapons,” which made the Obama Administration along with Kerry look like a bunch of idiots, as their credibility has collapsed following this whole Syrian incident, where they have yet to release their supposed proof that Assad used “chemical weapons.” Along with the fact, it so far looks like the vote will not pass come Wednesday, meaning it looks like a strike on Syria might be off. ES after cash close is up 16 handles at 1669.50 with 1.45MM minis traded. The 10-Year climbed slightly over 2.9%. The Euro saw a nice pop today, on the back of no major news.

VIX dropped today by -1.39% at 15.63, but considering that the SPX had a 1% day today, VIX should be slightly lower. Saw good size volume in the VIX front month contracts, and all together along VIX months. In October, we had 62K Call 18s trade. In January VIX, we saw big volume in the Call 25s, where there were 56K contracts traded. February also saw good size volume.
ES 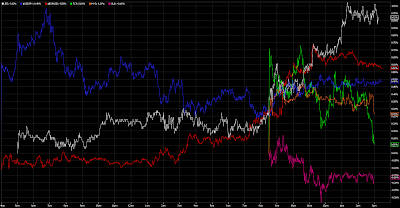