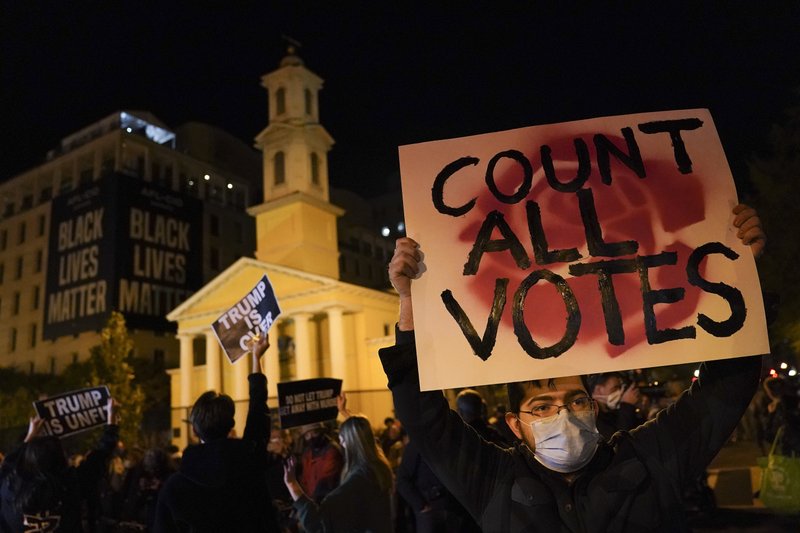 By early today, neither Donald Trump or Joe Biden had the 270 Electoral College votes needed to win in a cliffhanger election that may now take days or even longer to decide, putting a frazzled nation in limbo.

The tight overall contest reflected a deeply polarized nation struggling to respond to the worst health crisis in more than a century, with millions of lost jobs and a reckoning on racial injustice, Jonathan Lemire, Zeke Miller, Jill Colvin and Alexandra Jaffe report.

Trump carried Florida, the nation’s most prized battleground state, and then he and Biden focused on the three northern industrial states — Wisconsin, Michigan and Pennsylvania — that could once again prove crucial in determining who wins the White House in 2020.

But Biden captured Arizona, another key battleground, which expanded his possible pathways to victory.

At the White House, Trump  made premature claims of victories in several key states and said he would take the election to the Supreme Court. It was unclear exactly what legal action he might try to pursue.

Several states allow mailed-in votes to be accepted after Election Day as long as they were postmarked by Tuesday. That includes Pennsylvania, where ballots postmarked by Nov. 3 can be accepted if they arrive up to three days after the election.

Trump, however, suggested those ballots shouldn’t be counted. But Biden, briefly appearing in front of supporters in Delaware, urged patience, saying the election “ain’t over until every vote is counted, every ballot is counted.” “It’s not my place or Donald Trump’s place to declare who’s won this election,” Biden said. “That’s the decision of the American people.”

Explainer: The AP is not calling the presidential race yet because neither candidate has secured the 270 electoral college votes needed to claim victory. Trump said “Frankly, we did win this election” over Democrat Joe Biden and said he would take the election to the Supreme Court. But Trump’s assertion of victory does not match the results and information currently available to the AP. At this stage, according to AP counts, Biden has 238 electoral votes while Trump has 213. Several key states are too early to call, including Pennsylvania, Georgia, Wisconsin and Michigan. Biden told supporters to ”keep faith.”

Voting: Fears of clashes at the polls, chaos caused by the pandemic and confusion over swiftly changing voting rules failed to materialize as voters decided one of the most contentious U.S. presidential elections in memory. About 103 million votes were cast before Election Day. That took some of the pressure off polling places, which generally saw short or no lines and only sporadic problems with voting machines. Although the casting of ballots was relatively tranquil, legal storm clouds hang over the counting of those votes, Christina A. Cassidy and Nicholas Riccardi report.

Explainer Protests: There were skirmishes near the White House and relatively minor demonstrations in California and elsewhere on the West Coast. But widespread unrest that had been feared largely had not occurred after the polls began closing around the country. Why? It’s hard to say. But prolonged uncertainty, particularly in the bitter presidential race, could increase the odds that tensions eventually flare.

AP VoteCast:: U.S. voters faced a public health crisis and a wounded economy but neither candidate emerged as the clear choice to handle both of those issues. That’s according to AP Votecast, an expansive nationwide survey. More voters — both in the country overall and in key battlegrounds — said Biden would be better able to handle the coronavirus pandemic. But Trump edged out Biden on the question of who would be better to rebuild the economy. Despite the months of debate, three-quarters of all voters said they knew all along who they supported, Josh Boak and Hannah Fingerhut report.

Misinformation Pennsylvania: The state emerged as a hot spot for online misinformation on Election Day. Facebook and Twitter scrambled to take down false posts about polling locations in Scranton, Philadelphia and beyond to minimize the spread of misinformation and prevent it from sowing doubt about the election process. Misleading claims about voting in the key battleground state were shared thousands of times on Facebook and Twitter — even reaching the Twitter feed of the president’s son, Donald Trump Jr., Amanda Seitz and Barbara Ortutay report.

Misleading Robocalls: Voters across the U.S. received anonymous robocalls ahead of Election Day urging them to “stay safe and stay home” – an ominous warning that election officials said could be an effort to scare off voters. The calls, which feature a computerized female voice, began over the summer and increased dramatically last month. The FBI is investigating robocalls that seek to interfere with someone’s right to cast a ballot, David Klepper and John Flesher. report. 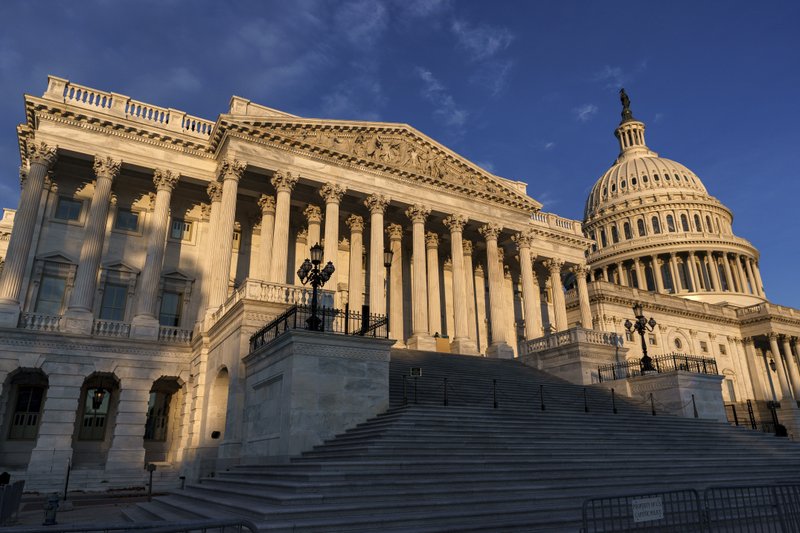 The battle for power in the Senate tightened after Democrats picked up a seat in Colorado, but suffered a setback in Alabama. And Republicans held their own in high-profile races in South Carolina, Iowa, Texas and Kansas, dramatically narrowing the political map.

Republicans sought to retain their Senate majority against a surge of Democrats challenging Trump’s allies. Both parties saw paths to victory, but options are becoming more limited. The outcome might not be known for a few days, Lisa Mascaro and Mary Clare Jalonick report.

In South Carolina, White House ally Sen. Lindsey Graham survived the race of his political career against Jamie Harrison. Senate Majority Leader Mitch McConnell acknowledged the uncertainty ahead even after he secured a seventh term in Kentucky, fending off Democrat Amy McGrath, a former fighter pilot, in a costly campaign.

House: Democrats are driving toward extending their control of the House for two more years, but their expectations of expanding their majority seem to be waning. The parties’ swapped a handful of House seats, underscoring returns that early on suggest a status-quo House election, with Democrats holding onto their majority with modest gains at best, Alan Fram and Matthew Daly report. 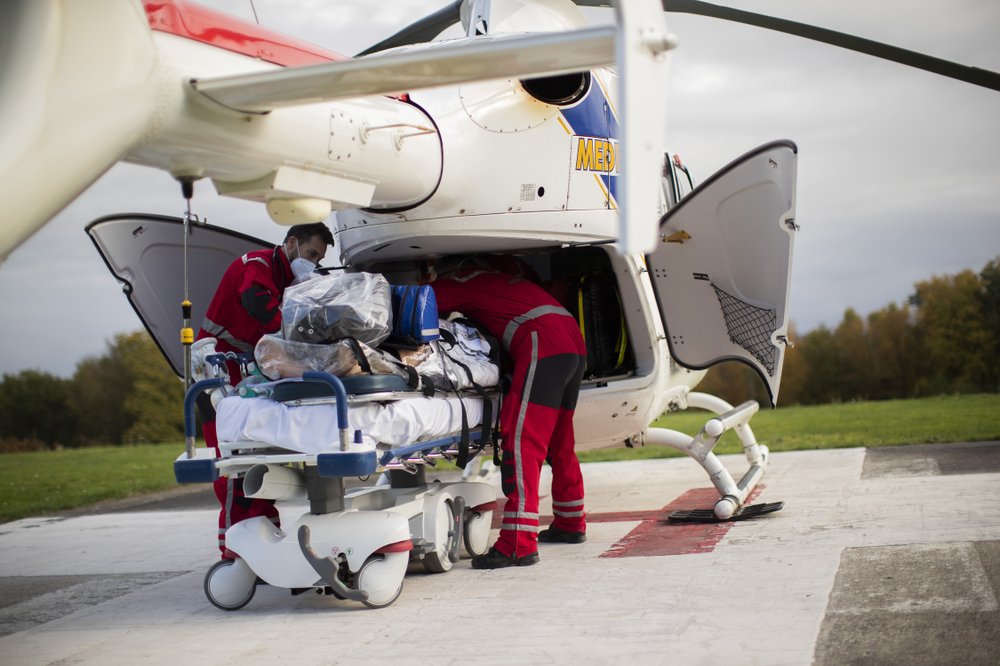 The number of people hospitalized with COVID-19 is reaching record highs in several U.S. states, as Americans voted under the shadow of a resurging pandemic.

While daily infections are rising in all but three states, the surge is most pronounced in the Midwest and Southwest. Missouri, Oklahoma, Iowa, Indiana, Nebraska, North Dakota, Colorado and New Mexico reported record hospitalizations this week, reports Alexandra Olson.

The resurgence loomed over the election, as voters feared both the virus and its economic toll.

Europe’s Resurgence: Infections have hit new daily highs this week in Russia, and Germany and the U.K. have announced plans to expand virus testing as European countries battle rapidly increasing infections and hospitalizations. Nations reintroduced restrictions to get ahead of a virus that has caused more than 270,000 deaths in Europe.

A half-million people in the English city of Liverpool will be regularly tested for COVID-19 in Britain’s first citywide trial of widespread, rapid testing that the government hopes will be a new weapon in combatting the pandemic. 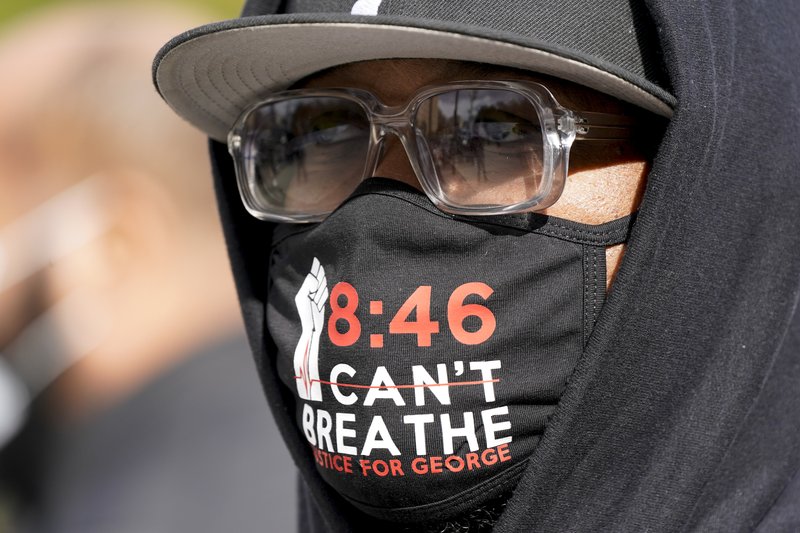 The names George Floyd, Breonna Taylor, Ahmaud Arbery and Rayshard Brooks, all killed by police or vigilantes, re-energized the Black Lives Matter movement this year and put race and justice at the center of the election.

As voting wrapped up coast to coast, their loved ones awaited signs that their public grief and loss of anonymity weren’t in vain, Aaron Morrison reports.

Will Americans choose racial justice over “law and order”?

In New York City, George Floyd’s brother Terrence Floyd, who urged calm amid nationwide violent unrest and protests in June, followed up on his emotional plea to protesters. He urged people to channel their power at the ballot box.

Hurricane Eta is churning across northeast Nicaragua after making landfall with devastating winds and rains that had already destroyed rooftops and caused rivers to overflow. The U.S. National Hurricane Center said hurricane had sustained winds of 105 mph (165 kph), down from an overnight peak of 150 mph (240 kph). Even before it made landfall, Honduras reported the first death after a mudslide trapped a 12-year-old girl in San Pedro Sula. Firefighters in Bonanza, Nicaragua, reported the deaths of two miners in a mudslide.

Russia’s top diplomat says about 2,000 fighters from the Mideast have joined the fighting over Nagorno-Karabakh, the worst outbreak of hostilities in the conflict between Armenia and Azerbaijan in more than a quarter-century. Foreign Minister Sergey Lavrov’s statement came as the warring parties traded accusations over new attacks in the region. Nagorno-Karabakh lies within Azerbaijan but has been under the control of ethnic Armenian forces backed by Armenia since a war there ended in 1994.

Ethiopia’s prime minister has ordered the military to confront a regional government after he says it attacked a military base overnight, citing months of provocation and incitement and declaring that “the last red line has been crossed.” The statement by Prime Minister Abiy Ahmed’s office, and the reported attack, immediately raised concerns that one of Africa’s most populous and powerful countries could plunge back into war. 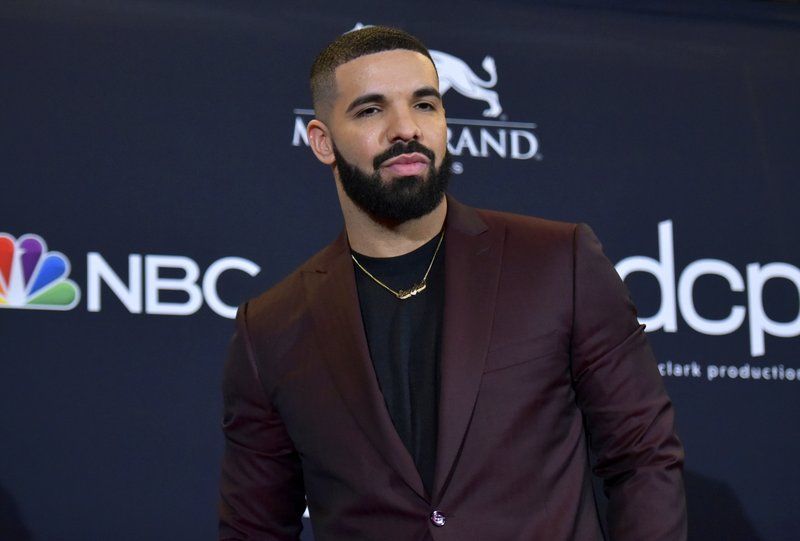 Protected: OP: Too Close to Call