US coronavirus deaths hit record levels with the holidays ahead; WHO says it's 'shocking'

Coronavirus deaths in the U.S. have soared to more than 2,200 a day on average, mirroring the frightening peak set in April.

New infections per day have eclipsed 200,000 on average for the first time on record, with the crisis all but certain to get worse because of the fallout from Thanksgiving, Christmas and New Year's.

Virtually every state is reporting surges just as a vaccine appears days away from getting the go-ahead in the U.S., Lisa Marie Pane and Rachel La Corte report.

“The epidemic in the U.S. is punishing. It’s widespread. It’s quite frankly shocking to see one to two persons a minute die in the U.S.," the World Health Organization’s chief of emergencies says. The virus is blamed for more than 286,000 deaths and over15 million confirmed infections in the U.S.

Trump Vaccine: President Donald Trump celebrated the expected approval of the first U.S. coronavirus vaccine as the White House worked to instill confidence in the massive distribution effort that will largely be executed by President-elect Joe Biden, Zeke Miller reports. Trump claimed credit for boosting the vaccine effort on Tuesday, calling the apparent success “somewhat of a miracle.” Biden officials were not invited to the White House event and representatives from the drug companies also didn't attend.

Biden Team: The president-elect called for urgent action on the pandemic as he introduced his health care team. Biden laid out three COVID-19 priorities for his first 100 days in office: a call for all Americans to voluntarily mask up, a commitment to administer 100 million vaccine shots and a pledge to try to reopen most of the nation’s schools, Jonathan Lemire and Ricardo-Alonso Zaldivar report.

EXPLAINER: Final steps in US review of Pfizer’s COVID-19 vaccine. The Food and Drug Administration released a positive review of the Pfizer-BioNTech vaccine, a key step to verifying vaccine safety, effectiveness and side effects.  On Thursday, independent experts will review the FDA's findings and vote on whether to recommend use of the vaccine. Matthew Perrone reports. 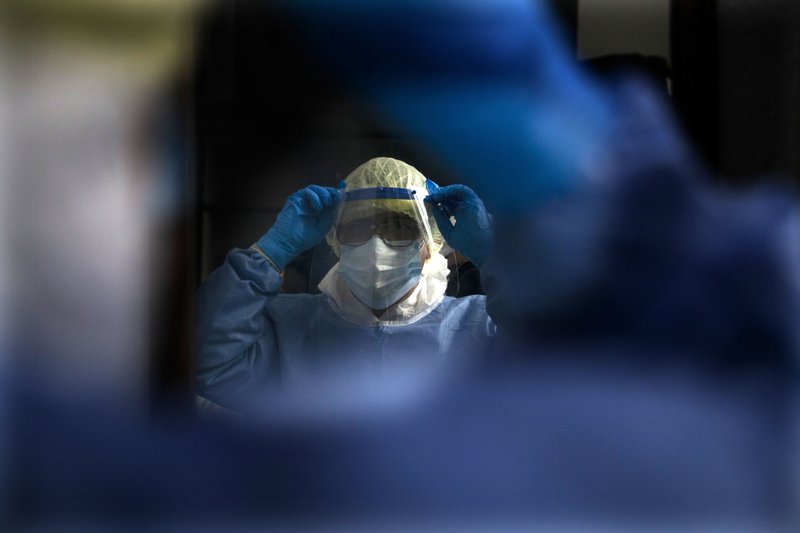 After the UK kicked off its vaccine shots, Mexico, India and Morocco get ready for mass vaccinations this month; AstraZeneca COVID-19 vaccine deemed safe, effective

Several countries are going full steam ahead with nationwide vaccinations plans in the coming days or weeks.

A year that began with a mysterious virus in China has morphed into a global pandemic forcing governments — many who were recalcitrant at first to upend economies — to take urgent action.

The U.K. began its vaccination program, kicking off an unprecedented global immunization effort aims to offer a route out of a health crisis that has killed 1.5 million globally. While the U.S. and Europe race to approve and inject Western-made vaccines, other governments around the world are looking to vaccines from China and Russia.

In the meantime, new results on a possible COVID-19 vaccine from Oxford University and AstraZeneca suggest it is safe and about 70% effective.

But questions remain about how well it may help protect those over 55 — a key concern for a vaccine that health officials hope to rely on around the world because of its low cost, availability and ease of use, Marilynn Marchione reports.

In June, AstraZeneca said it could produce about 2 billion doses of the vaccine every year, with about half of that contracted to India’s Serum Institute for use in the developing world. AstraZeneca has also signed licensing deals for the vaccine to be produced in Brazil, South Africa and China.

COVAX, the global initiative led by the World Health Organization and vaccines alliance Gavi aimed at distributing COVID-19 vaccines to poorer countries, has signed an agreement to obtain about 400 million doses of the AstraZeneca vaccine. 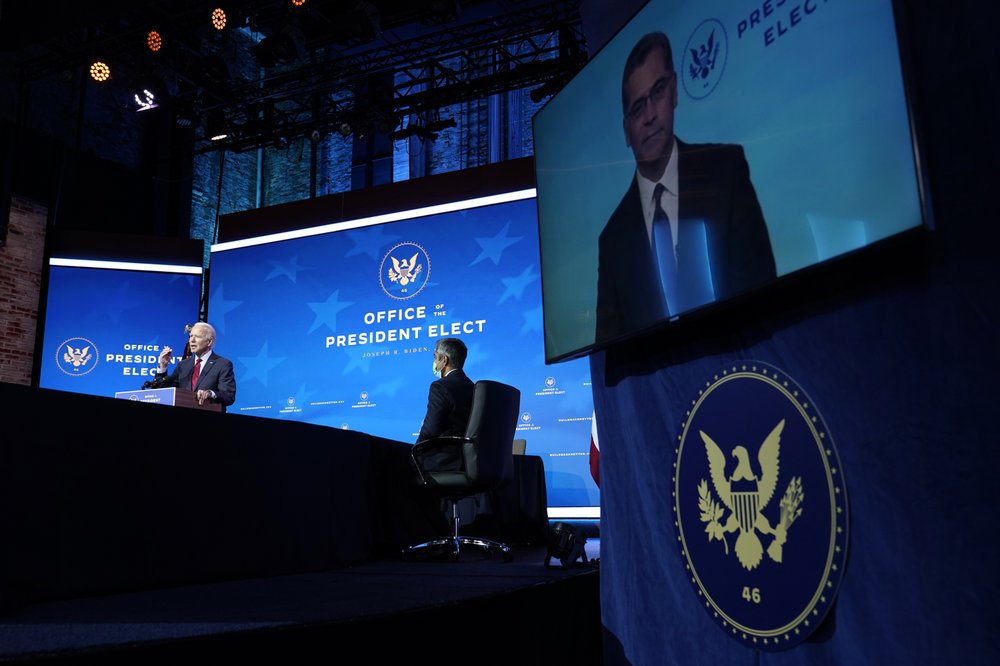 Americans waiting for Republicans in Congress to acknowledge Joe Biden as the president-elect may have to keep waiting.

Lawmakers sticking with Donald Trump say they might wait until January to declare the U.S. presidential election result. Congress will vote Jan. 6 to accept the Electoral College results. Senate Majority Leader Mitch McConnell has even signaled Jan. 20 as when the country is “going to have the swearing-in of the next president.”

Trump sent his party hurtling down this unprecedented path, undermining the democratic process by baselessly and relentlessly claiming the election was “rigged,” but Republican officials have enabled doubts to swell through their past four weeks of silence.

Trump personally called on some local officials to reconsider the results. Now, the disputed election has taken on a political life of its own that the party’s leadership may not be able to squash, even as Trump's legal challenges crumble.

Supreme Court: The U.S. high court has rejected Republicans' last-gasp bid to reverse Pennsylvania’s certification of President-elect Biden’s victory. The court without comment refused to call into question the certification process in Pennsylvania. Gov. Tom Wolf already has certified Biden’s victory over Trump and the state’s 20 electors are to meet on Dec. 14 to cast their votes for Biden. Biden won 306 electoral votes, so even if Pennsylvania’s results had been in doubt, he still would have more than the 270 electoral votes needed to become president. 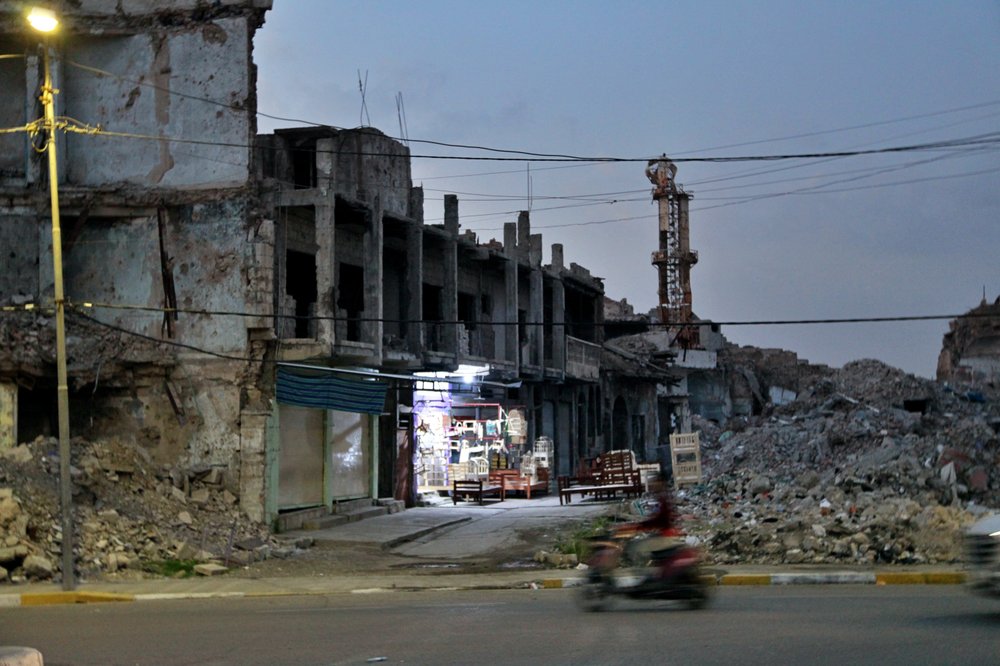 After liberation from Islamic State militants, the Iraqi city of Mosul sees a slow revival with little government aid

Iraq's Mosul remains for many the symbol of the Islamic State group’s brutal reign of terror, the place from where it proclaimed its caliphate in 2014.

It’s also where IS made its last stand before the city was liberated three years later, after a costly battle that killed thousands and left Mosul in ruins. Today, there are signs of recovery amid the wreckage of homes, Samya Kullab reports from Mosul.

Some residents have trickled back, musicians again serenade enthralled crowds. At night, the city lights gleam as restaurant patrons spill out onto the streets.

The Old City on the west bank of the Tigris River, once the jewel of Mosul, remains in a state of devastation even as newer areas have seen a cautious return to life. Residents say the revival is all their doing, while the government in Baghdad remains cash-strapped and unable to fund reconstruction efforts.

“After the liberation, it was complete chaos. No one had any money. The economy was zero,” says one man who runs a family coffee business. “I didn’t see a single dollar from the government.”

“Demolition is forbidden” reads graffiti on a wall in the Old City surrounded by rubble in the wake of the wanton IS destruction, a testament to Mosul’s unwavering dark humor.

An independent panel of national legal experts has recommended releasing an African American man who was sentenced as a teenager to life in prison for the killing of a little girl. The panel said Minneapolis police suffered from “tunnel vision” while investigating, saying they ignored witnesses and evidence that might have helped clear Myon Burrell, then 16, in the 2002 killing of Tyesha Edwards. The 11-year-old girl was sitting at her dining room table when she was killed by a stray bullet. An investigation by the AP found a number of flaws in the case, including the lack of a gun, DNA or fingerprint evidence linking Burrell to the crime.

Ethiopia’s government is rejecting calls for independent investigations into the conflict in its Tigray region, saying it “doesn’t need a baby-sitter.” It comes amid international calls for more transparency into the month-long fighting between Ethiopian forces and those of the Tigray regional leadership. Thousands are thought to have been killed, including civilians. At least one massacre has been documented and others are feared. Frustration is growing as the area remains largely cut off from the outside world, with food and medicines desperately needed by Tigray's 6 million people _ some 1 million of them now thought to be displaced.

A woman whose son was killed in a volcanic eruption in New Zealand a year ago said as she stood crying and calling out his name on a beach soon afterward, a stranger came up to her and held her. Avey Woods said she never learned the name of the woman but her actions were a powerful display of community spirit. Woods' son Hayden Marshall-Inman was a tour guide and among those killed in the Dec. 9, 2019, eruption on White Island.

Players walk off in protest against alleged racism in Champions League

At the end of a year of striking gestures against racial injustice and discrimination, the Champions League produced one of soccer’s most powerful shows of solidarity against racism when players from Paris Saint-Germain and Istanbul Basaksehir left the field and didn’t return. The flashpoint came 14 minutes into the game when the fourth official from Romania was accused of using a racial term to identify Pierre Webo before sending off the Black assistant coach of Basaksehir for his conduct on the sidelines. 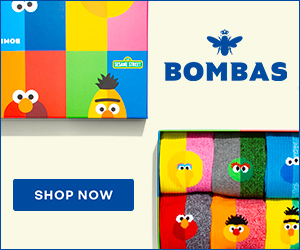 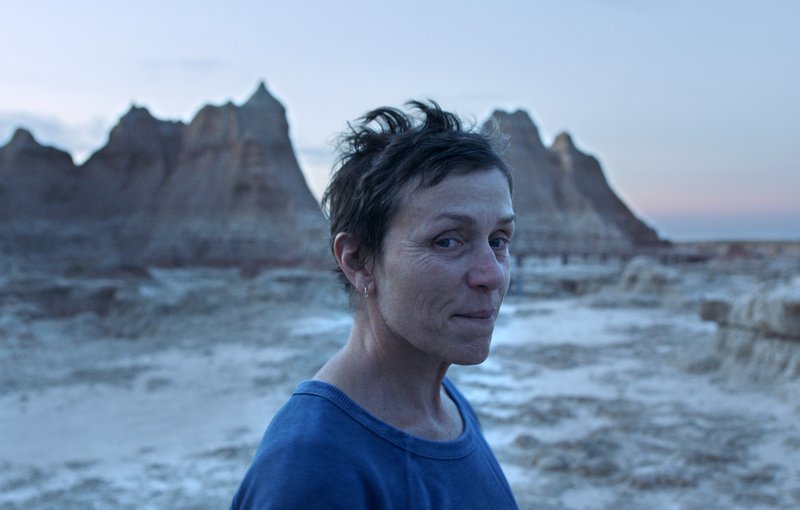 OP: It's a Molly Brown Market