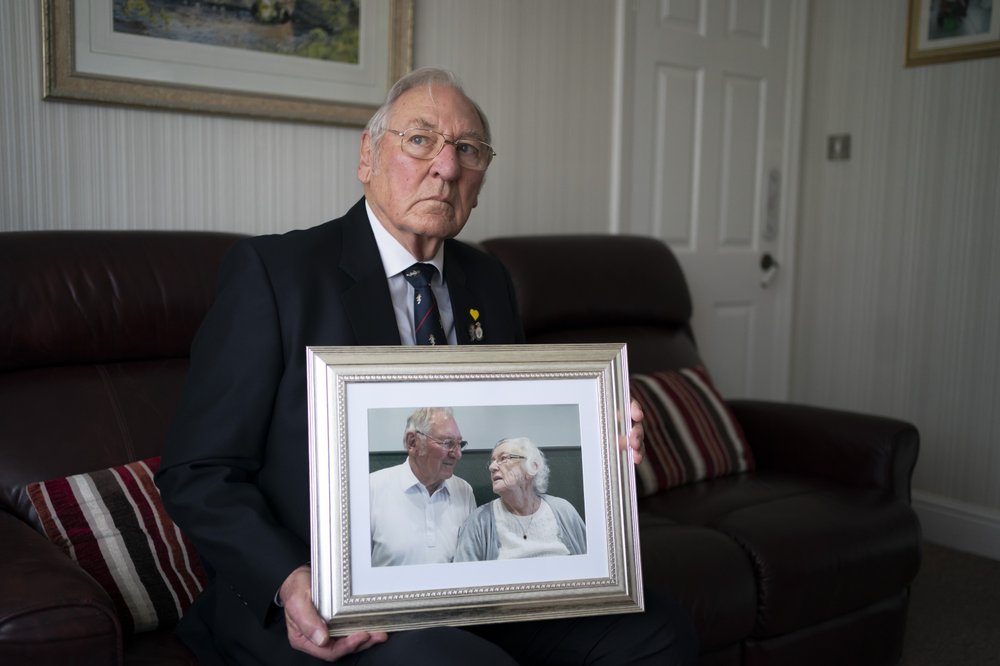 The United Kingdom has become the first country in Europe to pass 100,000 coronavirus-related deaths as infections around the globe topped 100 million.

With more than 2.1 million dead worldwide, people the world over are mourning loved ones, but the U.K.’s toll weighs particularly heavily: It is the smallest nation to pass the painful milestone.

For comparison, the United States, with five times Britain’s population, has four times the number of deaths at over 425,000.

“It’s hard to compute the sorrow contained in that grim statistic,” a somber Prime Minister Boris Johnson said at a televised news conference.

Alongside mass deaths comes mass grief, made even more acute by the social distancing measures in place to slow the virus’s spread. Charities and other groups are urging the government to offer more help to deal with this “tsunami” of grief and a surge in mental health problems, Pan Pylas reports from London.

Civilian Deaths: The U.K. has now suffered its worst civilian loss of life since World War II by a significant number. Some 70,000 non-combatants perished during the six years of war, including 40,000 in the 1940-41 Blitz alone. Three quarters of a century later, it's 100,000 taken by the pandemic, an enemy no less relentless and fearsome than Nazi Germany was then and one whose defeat is still some time away.

One hundred thousand dead. For perspective: That's just over 3,000 more than witnessed England's only World Cup triumph in 1966 at Wembley Stadium as “Sunny Afternoon” by The Kinks topped the pop charts. And it's 30,000 more than the crowd that gathered two decades later at the same famous venue for the Live Aid concert. 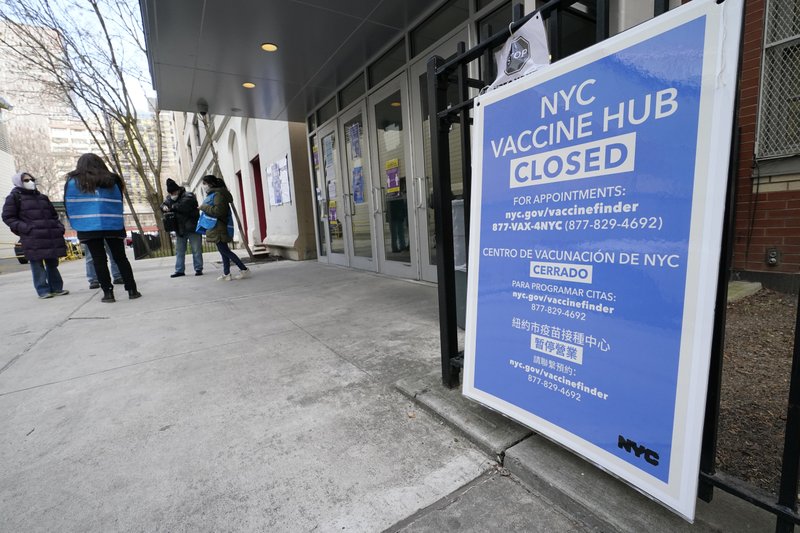 President Joe Biden says the U.S. is ramping up vaccine deliveries to hard-pressed states over the next three weeks and expects to provide enough doses to vaccinate 300 million Americans by the end of the summer or early fall.

Biden has called the push a “wartime effort," adding that his administration is working to buy an additional 100 million doses of each of the two approved coronavirus vaccines,

He acknowledged that states in recent weeks have been left guessing how much vaccine they will have from one week to the next. Shortages have been so severe that some vaccination sites around the U.S. had to cancel tens of thousands of appointments.

Biden called that “unacceptable” and said "lives are at stake.”

In the meantime, the president is dispatching America's top scientists and public health experts to regularly update the public about the pandemic. Beginning today, the experts will host briefings three times a week on the state of the outbreak and efforts to control it.

Americans can expect a sharp contrast from the Trump administration’s briefings, when public health officials were repeatedly undermined by a president who shared his unproven ideas without hesitation.

Moral Dilemma: Oregon teachers are eligible for COVID-19 shots before senior citizens after Democratic Gov. Kate Brown decided to prioritize reopening schools. The decision has outraged older people and underscores the moral dilemma that state and local officials across the U.S. are facing as they decide who's first in line for the vaccine.

Ethicists say America hasn't faced such a stark moral calculus in generations. Everyone from the elderly and those with chronic medical conditions to communities of color and front-line workers are clamoring for the scarce vaccine. And each group has a compelling argument for why they should get priority, Gillian Flaccus and Sara Cline report from Oregon.

Parade-less Mardi Gras: You can’t keep a good city down, especially when Mardi Gras is coming. All around New Orleans, thousands of houses are being decorated as floats because the pandemic canceled the elaborate parades usually mobbed by crowds during the Carnival season and on Fat Tuesday. The “house float” movement started almost as soon as a city spokesman announced in November that parades were cancelled, Janet McConnaughey reports. 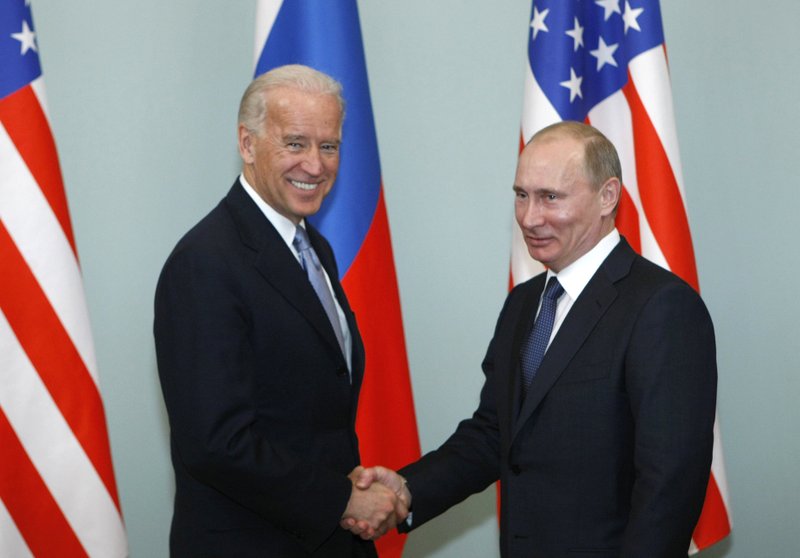 U.S. President Joe Biden and Russian leader Vladimir Putin have held their first conversation as counterparts in a phone call that underscored troubled relations and the delicate balance between the former Cold War foes.

According to the White House, Biden raised concerns about the arrest of opposition figure Alexei Navalny, Russia's alleged involvement in a massive cyber espionage campaign and reports of Russian bounties on American troops in Afghanistan, Matthew Lee and Jonathan Lemire report.

The Kremlin, meanwhile, focused on Putin's response to Biden's proposal to extend the last remaining U.S.-Russia arms control treaty:  a five-year extension of the New START nuclear weapons treaty that expires next month has been welcomed by both sides.

While the readouts from Washington and Moscow emphasized different elements, they both suggested that relations will be guided, at least at the beginning of the Biden administration, by a desire to do no harm but also no urgency to repair existing damage.

Unlike his immediate predecessors — including Donald Trump, who was enamored of Putin and frequently undercut his own administration's tough stance on Russia — Biden has not held out hope for a “reset” in relations with Russia.

Trump Impeachment: All but five Senate Republicans have voted in favor of an effort to dismiss Trump’s historic second impeachment trial. The vote made clear a conviction of the former president for “incitement of insurrection” after the deadly Capitol siege is unlikely. While the Republicans did not succeed in ending the trial before it began, the test vote made clear that Trump still has enormous sway over his party as he becomes the first former president to be tried for impeachment. A two-thirds vote would be required for Trump's conviction. Trial arguments begin the week of Feb. 8. Lisa Mascaro and Mary Clare Jalonick report.

Trump’s loosely organized political network is certainly testing its grasp on the Republican Party ahead of the trial. Trump has made clear that he intends to remain a dominant force in GOP politics for the foreseeable future. Steve Peoples and Jill Colvin have that story.

A week after leaving the White House in disgrace, Trump has taken modest steps to inject himself in the political debate and raise the prospect of political retribution for those who crossed him. Trump’s involvement in national politics so soon after his departure marks a dramatic break from past presidents, who typically leave the spotlight, at least temporarily, 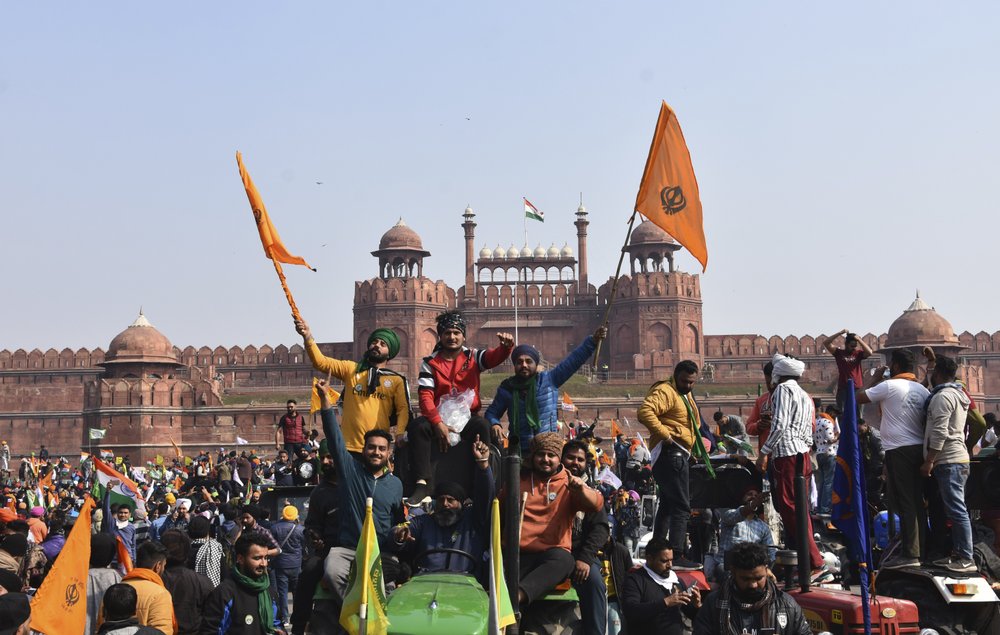 Tens of thousands of farmers who stormed the historic Red Fort on India’s Republic Day are again camped outside the capital after the most volatile day of their two-month standoff left one protester dead and more than 300 police officers injured.

The protests demanding the repeal of new agricultural laws have grown into a rebellion that is rattling Prime Minister Narendra Modi’s government, reports Ashok Sharma from New Delhi.

Their brief takeover of the 17th-century fort, which was the palace of Mughal emperors, played out live on Indian news channels. The farmers, some carrying ceremonial swords, ropes and sticks, overwhelmed police. In a profoundly symbolic challenge to Modi’s Hindu-nationalist government, the protesters who stormed Red Fort hoisted a Sikh religious flag.

The U.S. Justice Department has rescinded a Trump-era memo that established a “zero tolerance” enforcement policy for migrants crossing the U.S.-Mexico border illegally, which resulted in thousands of family separations. A new memo was issued to federal prosecutors across the nation, saying the department would return to its longstanding previous policy and instructing prosecutors to act on the merits of the cases. The “zero tolerance” policy meant any adult caught crossing the border illegally would be prosecuted for illegal entry. Because children cannot be jailed with their family members, families were separated and children were taken into custody.  It was a massively unpopular policy responsible for the separation of more than 5,500 children from their parents at the U.S-Mexico border.

Indonesia’s most active volcano has erupted with a river of lava and searing gas clouds flowing down its slopes. An Indonesian volcanology official says the eruption set off Mount Merapi’s longest lava flow since the volcano’s danger level was raised in November. The existing warning for people to keep at least 3 miles from the crater was still in effect as authorities monitor the situation. Merapi is on the densely populated island of Java and near the ancient city of Yogyakarta. It is the most active of dozens of Indonesian volcanoes.

The United States says all soldiers from Eritrea should leave Ethiopia’s embattled Tigray region immediately. A State Department spokesperson in an email to the AP cites credible reports of looting, sexual violence, assaults in refugee camps and other human rights abuses. The spokesperson says there is also evidence of Eritrean soldiers forcibly returning Eritrean refugees from Tigray to Eritrea. It reflects new pressure by the Biden administration on the government of Ethiopia, Africa’s second most populous country, and other combatants as the deadly fighting in Tigray nears the three-month mark. The U.S. stance shifted dramatically from the conflict's start when the Trump administration praised Eritrea for its restraint.

Amid crisis, Hezbollah 'bank' a lifeline for some Lebanese

As more Lebanese fall into poverty in the country's economic crisis, increasing numbers are turning to the financial arm of the militant Hezbollah group for help. The Hezbollah-run organization known as al-Qard al-Hasan provides small, interest-free loans in dollars at a time when Lebanese are desperate for hard currency and commercial banks are not lending. The organization says it has seen a significant jump in clients in the past year. It's a sign of how Iranian-backed Hezbollah entrenches its role among Lebanon's Shiite Muslims even as the group comes under enormous criticism from other Lebanese furious at their leadership. 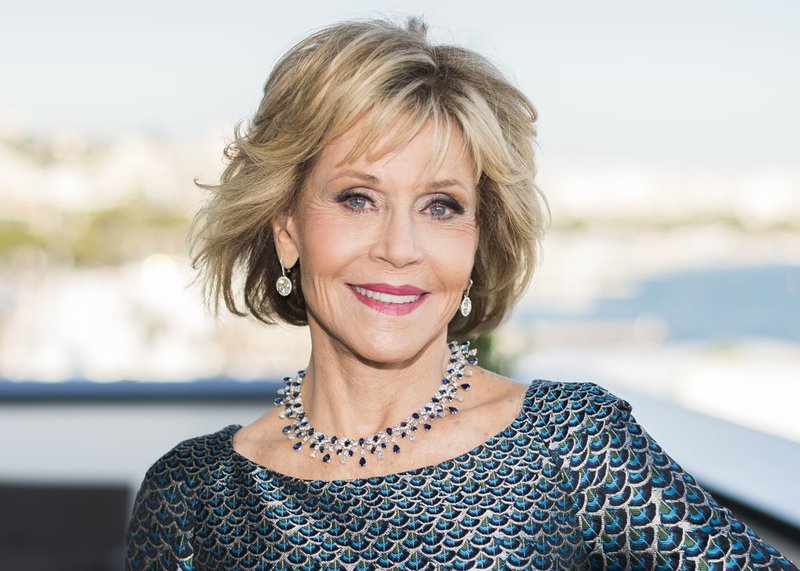