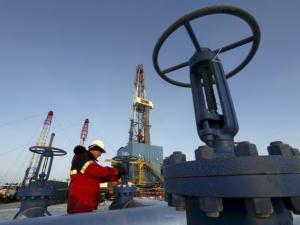 WTI Crude edged above $54 per barrel on Wednesday as investors prepared for the OPEC and non-OPEC production cut deal, which is set to come into effect from January the 1st 2017. The prospect of major oil producers trimming output by almost 1.8 million barrels a day has been the engine behind oil’s resurgence in the final quarter of 2016.

Although oil’s trajectory points to the upside, gains could be limited in the New Year if there are any disputes or lack of clarity to the pending deal. Concerns still linger over the compliance side of the agreement, while the fact that OPEC has no rules in place for punishing members who cheat, could plant a seed of doubt over the implementation of the output cut. Technical traders may observe how WTI crude oil reacts to the $54.50 resistance which if broken could open a path towards $56.
Currency spotlight: GBP/USD

Sterling could enter the New Year under renewed selling pressure as the ongoing Brexit developments dent buying sentiment towards the currency. Uncertainty from the pending EU exit negotiations in the first quarter of the New Year could expose Sterling to downside risks, while fears of Brexit impacting UK economic growth may cap upside gains. With the dollar set to strengthen further from the prospects of higher U.S. rates in 2017, the GBP/USD parity dream could become a reality. From a technical standpoint, the GBP/USD remains pressured with a breakdown below 1.2200 opening a path lower towards 1.2100.
Commodity spotlight: Gold

Gold experienced a sharp technical rebound during trading on Tuesday as the mixture of profit taking and thin liquidity encouraged bulls to attack. Regardless of the short-term gains, the yellow metal remains gripped by the prospects of higher U.S. interest rates with a strengthening Dollar sparking steeper selloffs. Gold may be set to end the year heavily pressured as sellers attack prices back towards $1,125 per ounce and potentially lower.