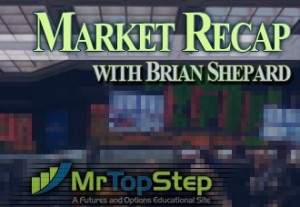 Raphael (09:08) if ( The Yell) 1866.25 controls the game, does that imply higher odds of a visit? William_Blount  NO – it is the over under – this thing can die anytime – 1835- 44.5 was the ez-part. Sam_E – there are more contracts owned at 1865 than anywhere. by a long shot. if for some reason on news we spike to that number its the walkaway trade of the year. every step of the way up in this es is a short for what is inevitably going to follow.  stock market whisperer (09:10) My forecast is the high of ES 1845-50 would be in by 10am PT .. its (price) already there, but we get mega slammed +/- a trading day from now, worst of the month … so please don’t have a bullish bias from this… caution please! because this whole lineup of events has been hitting markets about one day early to exact … that means once extreme points are in … the next move arrives early/front runs and it happens quick!  william_blount beige book may be the catalyst SMW needs.  Raphael — [GOOG] [IBM] [AXP] [COF] after mkt close.

The exchanges are closed for business this Friday, which makes the expiration set for tomorrow’s close. The markets really started thinning after Fed Chair Yellen’s speech, followed by the Beige Book release.  So? Well, that sets the table for some thin markets tomorrow, and Monday the London exchange is closed – and there is another round of Easter breaks to deal with next week. Although Parker noted the big IPO coming through the door next week, Alibaba, lots of fees … can they hold the market up to get it out the door??  Parker…it will sell, they have been around on CNBC hyping it for weeks – FrogMan.

Chicagostock (10:58) last time Yellen spoke was March 31st where she reassured investors of stimulus. this led to the ramp into NFP only to double top and leave those buyers trapped. Will investors put money on what she says again? At (11:07)  the S&P was trading 10 handles above the intraday low and as we waited on Fed Chair Yellen speaking engagement (w/ Q&A) an intraday high of 1852.00 traded at 11:11.   **Fed Chair Yellen: (Dovish) The Fed has a “continuing commitment” to support the recovery / Repeats Expectation for a ‘Considerable Time’ Between End of Bond-Buying and First Rate Rise  / FOMC Ready to Adjust Pace of Bond Purchases Should Economic Outlook Change Materially. But she doesn’t address the fact a zillion dollars hasnt helped a thing! – stockmarketwhisperer.    **Priceless >> My theory on yellen is that she resembles a hobbit. so she must come from a long line of hobbits. hobbits are trustworthy and live in a dream world where all is good. that is until the orks show up – Sam_E.

Post Yellen, the equities drifted lower – bouncing in the mid to upper 1840’s pre Beige Book. The Fed said: ECONOMIC GROWTH ‘INCREASED IN MOST REGIONS’ OF U.S. as the polar vortex came and went. Other than that – oh, what a snore it was! The initial reaction in the markets was negated by the silence … as Yellen stole what little thunder was left as the holiday week had run its course. Apparently, that course was uphill, with a gale-force wind at its back – as the equities showed no quit … trading a new high of 1853.00 as the VIX was back toward 14.25 area … Sam_E (14:02) i like it when they trap the longs 1 tick above the extended abc up we just did that – now go test the a up. redliontrader (14:04)  no trade for me. . I have a personal swing in at 1849.50 looking lower like 1795. stockmarketwhisperer (14:09)  I”m ss 1852 and I’ll sit on it 4 days before I’m ‘wrong’ – we have one final mild positive 6pm PT Thursday … nothing but MEGA negatives from weekend on into next week…which…since things have hit mrkt early… I just have to get a position… will add short if any higher levels hit … but this is a similar set up to last week 1866 Yellen.

The MrTopStep imbalance Meter, MiM, showed a small imbalance to start and slowly grew to a modest buy side of $260M going into the cash close. On the cash close the futures were trading 1855.80 before hitting the intraday high of 1856.80 pre earnings and gave back 4 handles, settling at 1852.80, up 13.2 handles on the day.

Rebound may just mean Nasdaq in process of topping out: Merrill – The Nasdaq Composite on Tuesday came within a whisker of a 10% pullback from its March high — a move that would have met the widely-used definition of a correction — before rebounding off of its 200-day moving average. The Nasdaq, along with other major indexes, continues to power higher Wednesday, fueled in part by upbeat tech earnings. While the action sparked talk of a new near-term market bottom, technician Stephen Suttmeier at Bank of America Merrill Lynch isn’t convinced. http://on.mktw.net/1ncg1A3

Brian Shepard has 27 years of trading floor experience. As a leader in the MrTopStep IM-Pro Trading Room, he shares trading ideas and breaking market news live from the floor with our other professional traders and new traders eager to experience the power of collective intelligence. Join us today and get the edge only social trading can give you.