A relatively quiet week in terms of earnings and econ reports.

While I mainly follow the ES, I also follow the YM (Dow futures). I have posted about it before, but the YM never got beared up like the ES and NQ. If you look at a chart, you’ll notice it’s trading much better too.

As of Friday’s close, the Dow is down 5.3% for the year, which is pretty damn good compared to the ES which is down 15%, and the NQ which is still down a whopping 27% YTD. Between the NQ and ES, the Dow is the only one not in a bear market and many on Wall Street think the Dow will continue to outperform in 2023. Also, inflows into funds that track the Dow are seeing the highest net inflows in the first 10 months of the year since 2017.

If the ES is going higher it’s going to need some sell-offs and some back-and-fill. And even if it does go higher, we have to be on the lookout for some negative headlines that the news algos can exploit.

I have always known it from the trading floor, but @realTraderDave has taught me to be patient with those types of drops before buying them. That said, we have a somewhat quiet week on the economic and earnings front.

There are some interesting, but no significant earnings reports until Thursday, when we hear from Costco, Lululemon, and Broadcom. Today we’ll get an ISM at 10 a.m. ET and on Friday we’ll get a PPI number at 8:30.

Next week is when we get the CPI print and the Fed’s rate decision. As the month wears on, more and more people will be cutting back on their trading — it actually feels that way now.

Our Lean: Sell the early rally and buy the pullbacks.

The market did a great job rallying off support on Friday. Coming into Monday, we’re back under pressure again though.

We keep trimming into the upside rallies and raising our stops to B/E or better. It’s imperative to take profits along the way and “pay ourselves” for the risks taken. 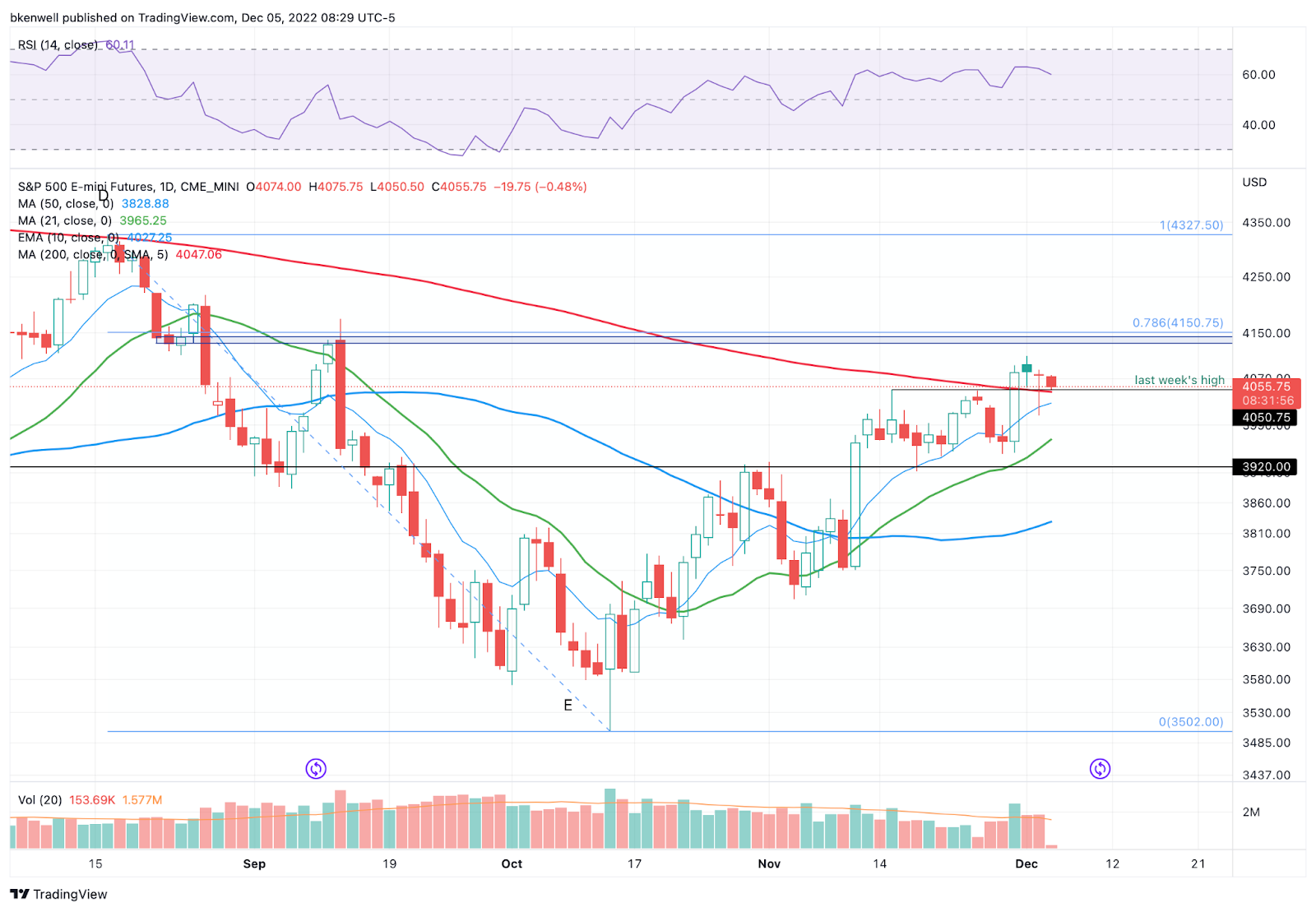 That’s been a key level of multi-week highs, as well as the 200-day moving average.

Does it need another round of consolidation after Wednesday’s burst and Friday’s BTD action? I don’t know. For the week, the SPY gained just 1.1%. If it wants more upside, keep an eye on $407.85 and $410. That’s Friday’s high and last week’s high, respectively.

If bulls take control, they will rotate over these levels, putting the $413 to $414 zone in play.

On the downside, bulls must defend Friday’s low and the 10-day moving average. A break below could put the $393-ish area on tap.

I like the idea of another trim into the weekly vWAP measure, currently at $108.33.