Down To The Wire for the Fed and the S&P | MrTopStep.com
Skip to content 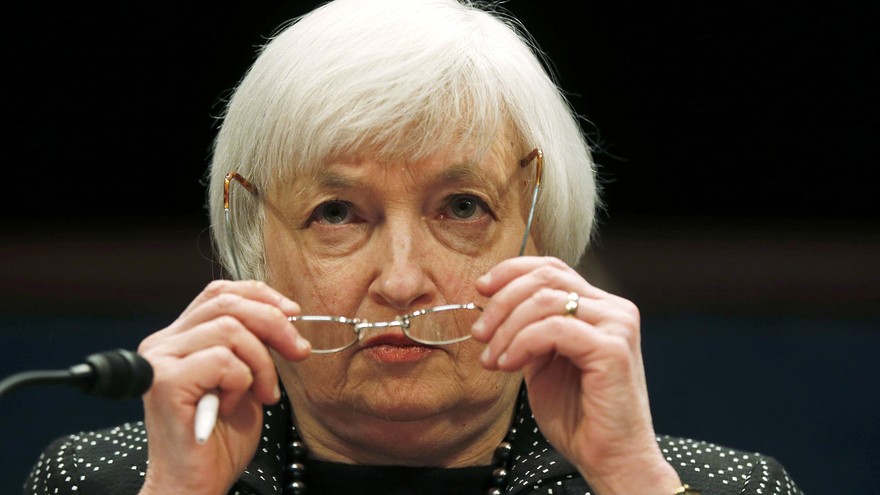 As the week begins, all eyes will be on the Federal Reserve meeting, which concludes on Wednesday. This event promises to be one of the most watched days in quite some time. I think back to the most anticipated events in recent years, the multiple Greek votes, or when the Fed was expected to add or cease stimulus, but for an event so important domestically, when there seemed to be such market anticipation, I go back to September 29th 2008 when the bank bailout bill, otherwise known as TARP, was going before the U.S. House of Representatives for a vote. During the trading day then, the futures were relatively unchanged, but the more politicians were urging they had the necessary votes, the more distrusting traders were of those words. As CNBC was showing the live vote from the CSPAN feed, which was looking to be very close, the futures began to sell off, and after the bill failed, the S&P went on a seeming free fall as the Dow Jones Industrial Average tanked, closing down 777.68 points on the session. 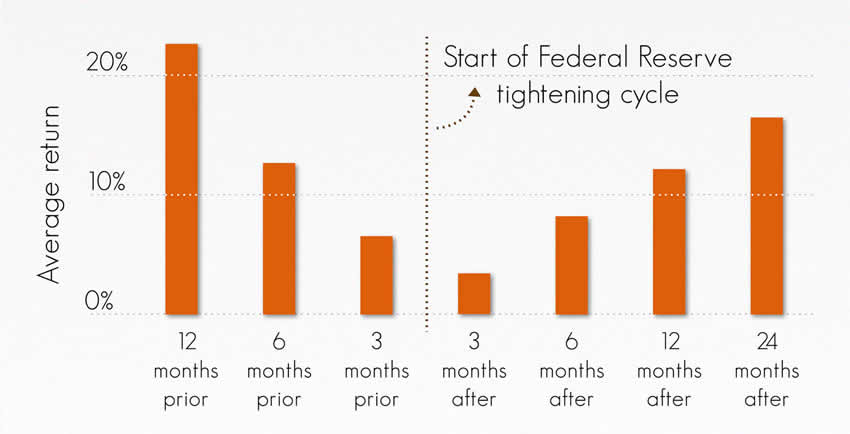 Is this the same as then? Hardly. I’m not suggesting it is, however, the point is that there can never be certainty surrounding such things as government beyond our control, and as likely as a December rate hike seems, it is far from definite. After all, there has only been a single dissenting vote till now favoring a rate hike, meaning that several members need to swing to the other side. Unlike in September, when it seemed possible but unlikely, and October which was virtually impossible, the market is expecting and eager for a rate hike in December. Now is the opportune time, but if the Fed disappoints after all the rhetoric preparing the markets, then the disappointment will breed uncertainty, and uncertainty is the author of panic.

Once the rate hikes start we know it’s a path that will not be reversed. The market is going respond, but there will be a lot of two way action, many instances of buy the rumor – sell the news, or vice versa, but at this point the Fed cannot risk NOT raising rates. They have made their bed, dug their trench, laid out the timetable and expectations, and now is time to deliver.

The session after the November terror attacks in Paris, the ESZ had opened with a gap lower, making it’s monthly low, before reversing and trading more than 100 handles higher. Quickly, we saw the reversal, and wrote in the Opening Print on the topic of event driven lows. Interestingly, as the markets have seen outflow anticipating the events of this week, the S&P futures saw a trade down to those post Paris attack lows on Friday’s close, and initially bounced there on Sunday nights open.

I have to admit, the market looks broken, and my 2200.00 year end call is looking doubtful. I said all along that it was dependent on price action creating a floor at 2100, but pointed out that instead it appeared to be placing a ceiling there. At the end of the day, we are futures traders. We get in and out of our positions, and as I constantly say: “we do not fall in love with our positions”, both sides of any market has to be in play.

While the charts are looking broken, it’s difficult to jump onto the bearish bandwagon for multiple reasons. I have always said the market will do what screws the most people, and heading into the

Fed meeting, the positioning appears to be overweight short or flat, leaving upside buy stops. The term “buy the rumor – sell the news” has been in the market for a long time, and for good reason. However, it doesn’t always work that way, many times there is a “sell the rumor – buy the news” effect on the markets, and with everyone having sold the rumor it’s difficult to jump in on a bus that is over-filling. Furthermore, last week the Lipper Fund Flow report showed some of the largest equity mutual fund outflow since 2011. All this money being pulled off to the sidelines, as the rumor is being sold, at some point will have to be put back to work once the rumor becomes the news. At the same time, the S&P 500 is fighting over a positive close for the year, and fund managers who have seen much of their potential year end bonus waver, are not going to remain on the sidelines for long to miss out on a possible year end rally. All year we have been writing how the markets do not thrive on uncertainty, and the challenges the equity indexes face in the midst of a rate hike, once the certainty returns to the market, I believe that calmness will follow.

Lost in all the fear from this past week is that December, at this point, has not deviated from it’s normal, early month behavior. This should be telling, especially given the perceived headline risk that the indexes are behaving in a seasonal norm. Consider this, last year from December 5th to the 16th, the S&P cash index sold off 107 handles; this year, from December 2nd to Friday’s low, the SPX had sold off as much as 96 handles. Typically the S&P experiences a 3.5% December drawdown and bottoms the 10th trading day of the month, which is today. The last two years, the Dec. bottom occurred on the 16th, which is this week’s FOMC release. We have also been noting the 2015 vs 2011 chart this year, as the analog from the most recent prior correction, has worked to a strong correlation. This chart also suggests a December mid month low before a rally back near the high’s by month’s end.

After last years 107 handle decline in December, the S&P rallied back to the highs of the year. At the end of the day I realize that every year is different, but until now, the markets have not shown anything outside of a relative norm. Until they do, I cannot jump on a bearish bus, but have to still look for a year end rally.

In Asia, 9 out of 11 markets closed lower (Shanghai Comp -2.51%), and in Europe 10 out of 12 markets are trading lower (DAX -1.00%). This week has a total of 17 economic reports, 6 T-bill or T-bond auctions or announcements, two day Federal Reserve meeting the FOMC forecast on Wednesday, crude oil options expiration on Thursday, and the December Quadruple Witching on Friday. There are no scheduled economic reports today.
Our View: Going into this week many of the sentiment indicators we watch, such as the CBOE Options Equity Put/Call Ratio $CPCE, are overly bearish on a weekly basis. Also, the week of options expiration (OPEX) tends to be very bullish. The risk, of course, is the uncertainty surrounding the FED. From the bearish point of view, the last time the market was in a similar situation going into OPEX week was in August, when the S&P sold off. We are still looking to find a low early in the week, but realize that we cannot sit on a trade that is not working, and the way the ESH dropped 30 handles during the Euro session shows the futures remain vulnerable to volatility throughout the week. While we look for the bounce, we are not going to be foolish, and will keep our stops tight and take a profit when we have one.

See all of the December expiration stats here…